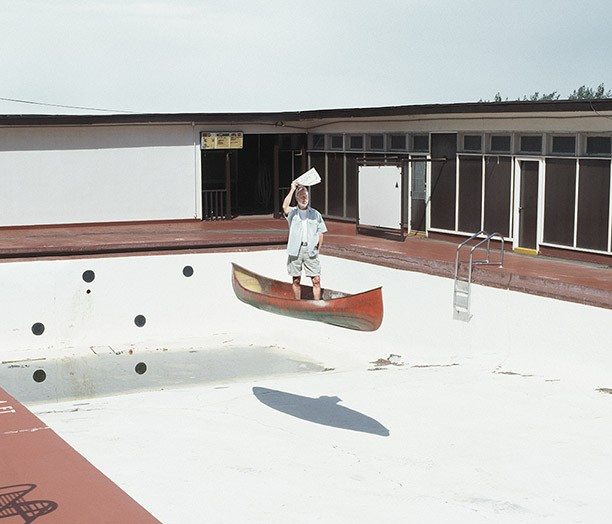 Right now, over on Eye Buy Art's front page, an interesting series by photographer Adam Rankin is being featured. It's a sad and somewhat surreal set of portraits taken in the weeks leading up to the sale of Rankin's family home.

“In each portrait, the subject floats above and through a shared memory, heading towards something new and undocumented, collectively redefining what the idea of home and family is becoming,” says Rankin. “Moving was shot in Edmonton, Alberta in the summer of 2005. The 5th member of our family, the red canoe, has been around as long as I have. Oddly enough, it has never seen the water and was sold shortly after the Moving series was taken, along with the family home.”

That swimming pool (above) is where the photographer's father taught him how to swim. The shopping mall (as seen below) is where Rankin and his sister used to spend a lot of their time. “It was our family mall,” he says. “It had a decent food court and the Santa at Christmas was pretty good too. Their Zellers had what I thought to be the very first moving-conveyor-belt-instead-of-an-escalator and it was great. The arcade was not that good. The mall has since been demolished and I think it is condos or something like that now.” 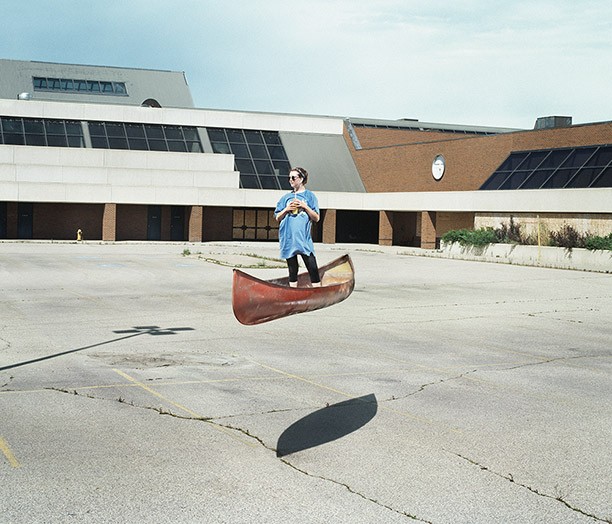