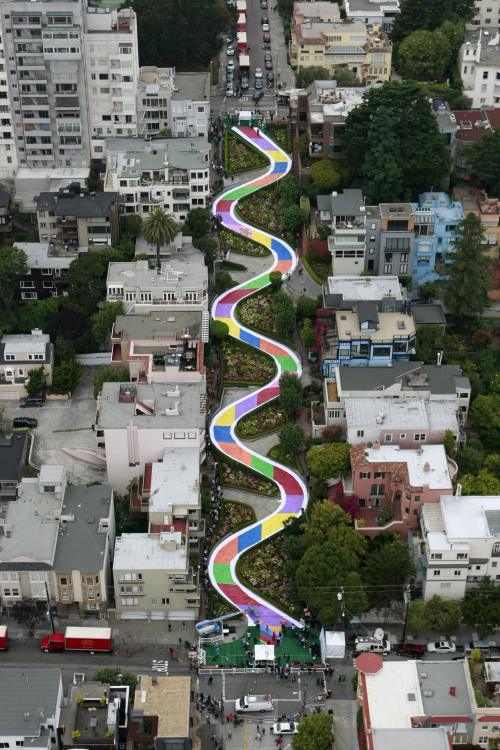 What a charming idea! Yesterday, the curvy San Francisco Lombard Street was turned into a gigantic version of the game Candy Land. Celebrating its 60th anniversary, 575 feet of switchbacks in the Russian Hill neighborhood were transformed into the famous board. Kids from the UC San Francisco Children's Hospital and Friends of the Children pulled from an oversized deck of color-coated cards and then advanced through the squares of purple, red, blue, orange, green and yellow. At the finish line there was a cake shaped like King Kandy's castle, eco-friendly confetti (ah, San Francisco!) and balloons.

Ted Weinstein, who was live on the scene, reports that today's event was commercial yet charming, and the kids really loved it. “Capitalism meets childhood,” he told us. 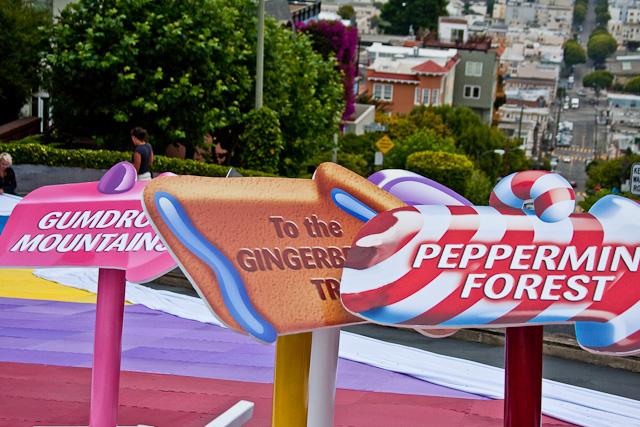 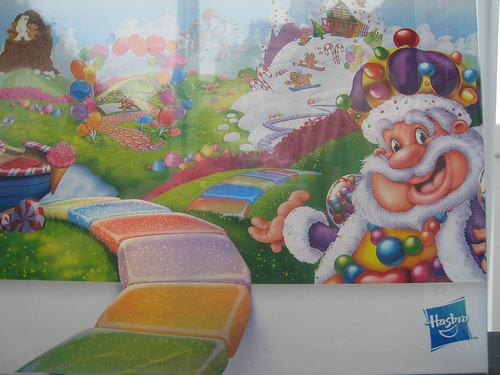 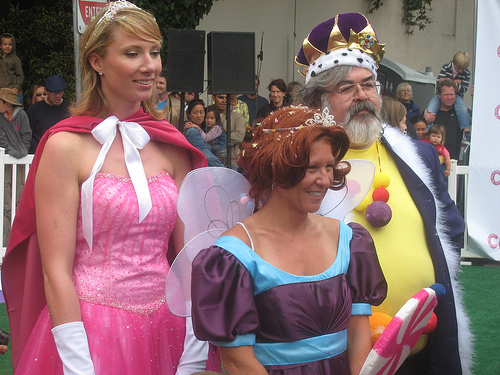 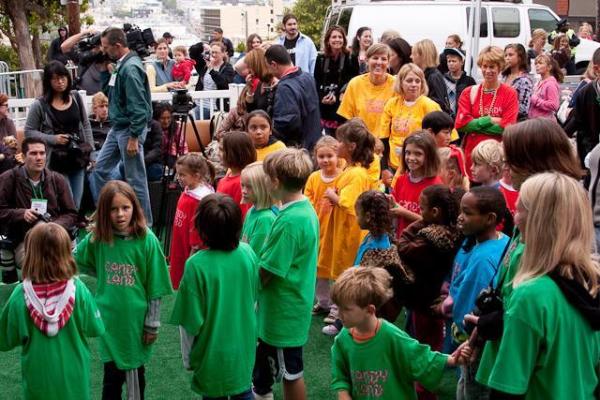 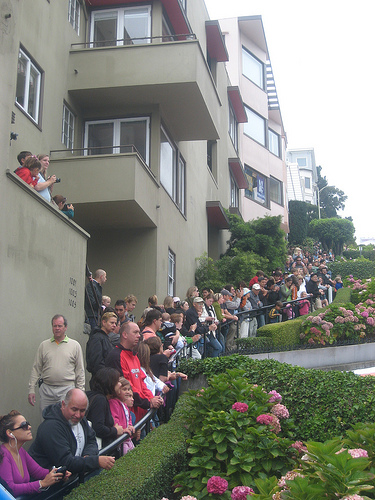 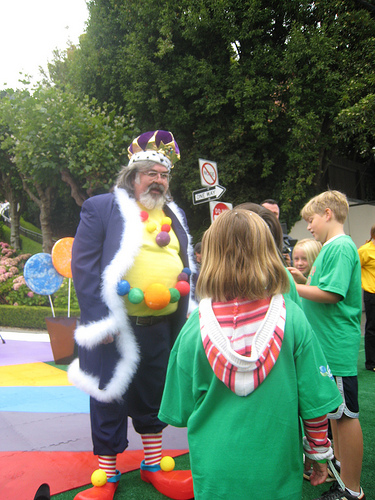 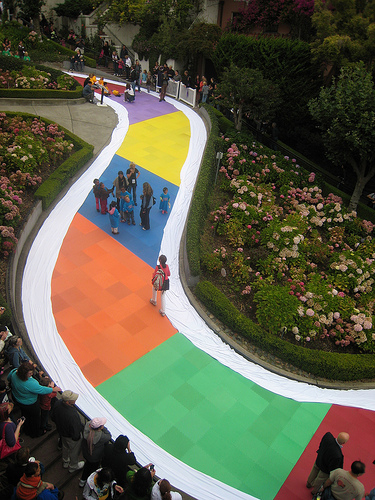 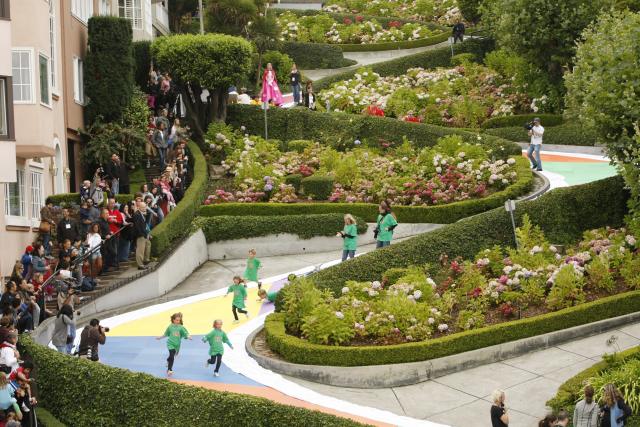 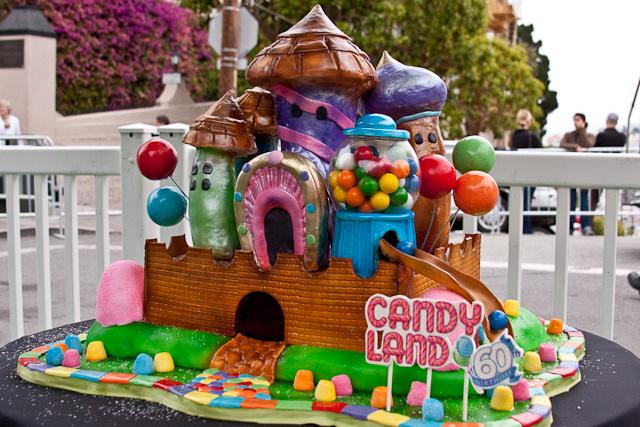 What an awesome and creative idea!