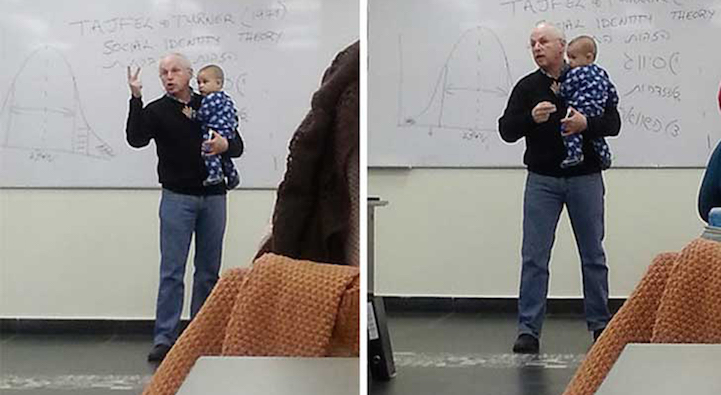 Professor Sydney Engelberg has been a hardworking lecturer at Jerusalem's Hebrew University for a total of 45 years, but that isn't the most impressive part. Engelberg believes that no mother should have to choose between a child and an education, so he allows his dedicated students to bring their children to class. “The way he sees the concept of getting an education is not only learning the dry facts that you need to learn in class, but also learning values,” wrote Sarit Fishbaine, the professor's proud daughter.

During a recent lecture on organizational behavior, the professor was unfazed when a mother's child had began to cry. At that moment, the embarrassed mom got up and attempted to quietly leave the classroom, but the veteran lecturer instead scooped the kid up in his arms without skipping a beat. The kindhearted man, who is a father-of-four and grandfather-of-five, then continued to soothe the boy as he calmly went on with his lesson.

One of his other students captured this beautiful moment on camera and posted it online for all to admire, helping the inspiring moment to go viral as countless people have celebrated the professor's heartwarming ways. “This is a professor who truly cares about the education of his students. Seriously,” wrote an impressed commenter on Imgur. 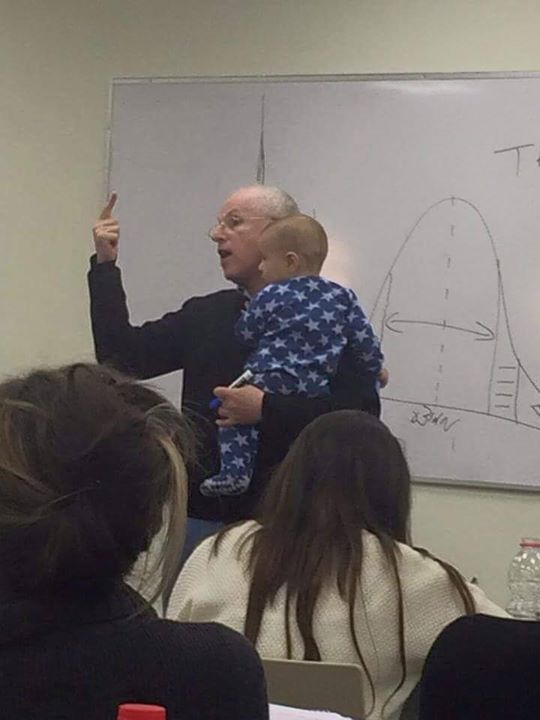 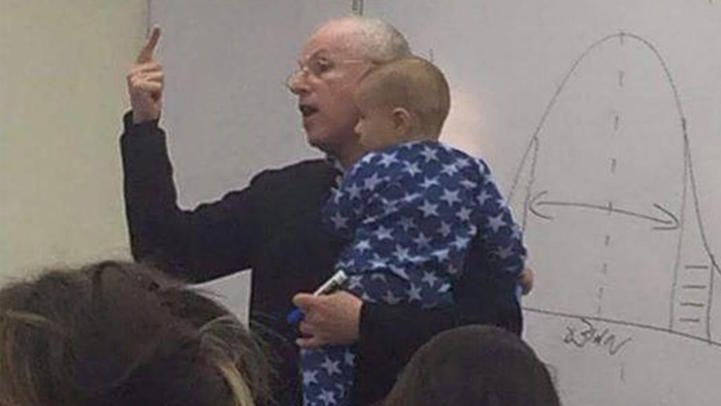