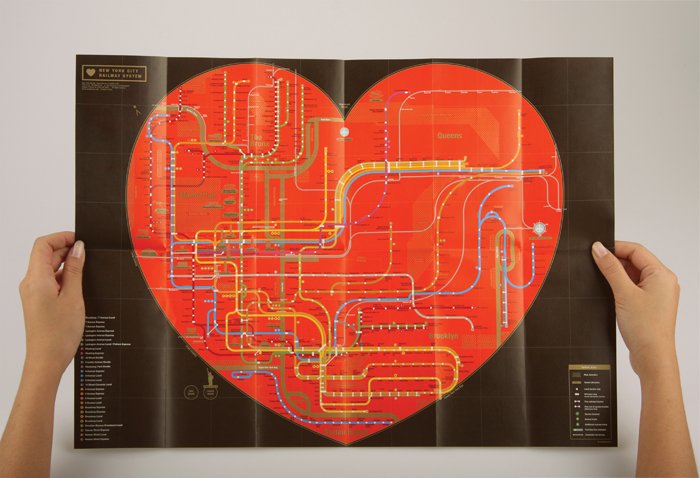 Korean design studio Zero Per Zero reimagines subway maps by infusing them with symbolic meaning. Conceived as a new way of projecting an identity of a city onto its transport map, City Railway Systems retains its functional use while capturing the character of a city. Taking inspiration from a city's history, each map is unique. What a nice way to welcome tourists and a wonderful way to experience some meaningful art. New York City 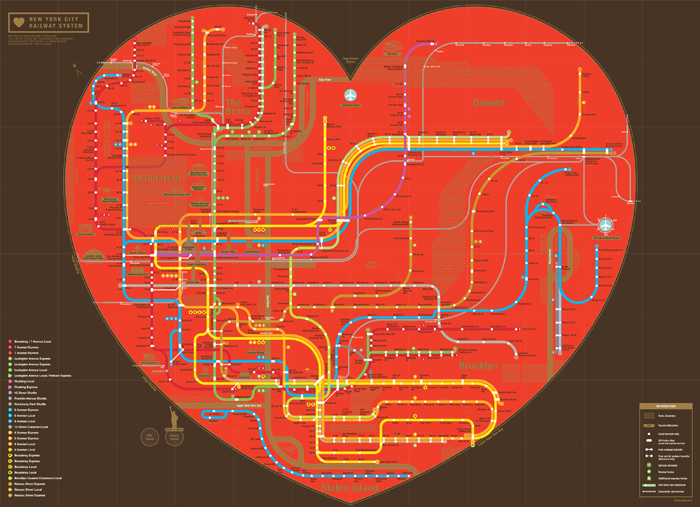 New York City's map inspired by the shape of heart from Milton Glaser's I?NY logo. Five boroughs are laid out in the heart shape, and then subway lines are mapped over it. Famous landmarks and attractions such as Empire State Building are added on the map at the end so that it can give a sense of New York City as a tourist spot. Seoul 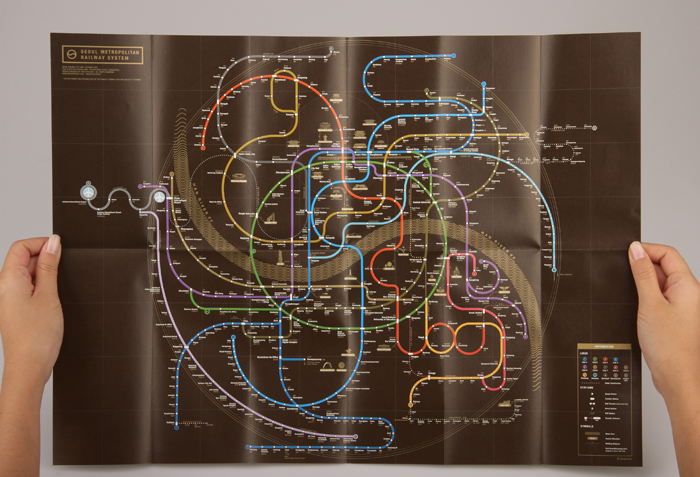 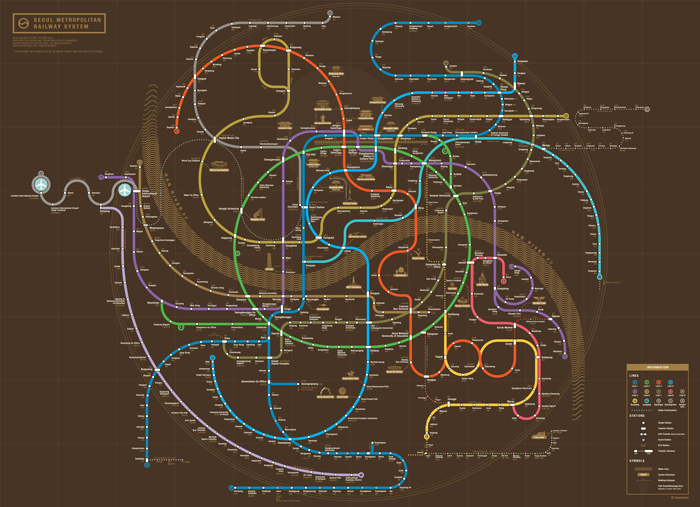 Seoul's map is inspired by the Tae-Geuk mark of the national flag of Korea. Seoul boasts 600 years of history as the capital of the nation. Han River, flowing across the city from east to west, has been the driving force for development of the capital city and is symbol of the long history of the Korean Peninsula. Tokyo Railway 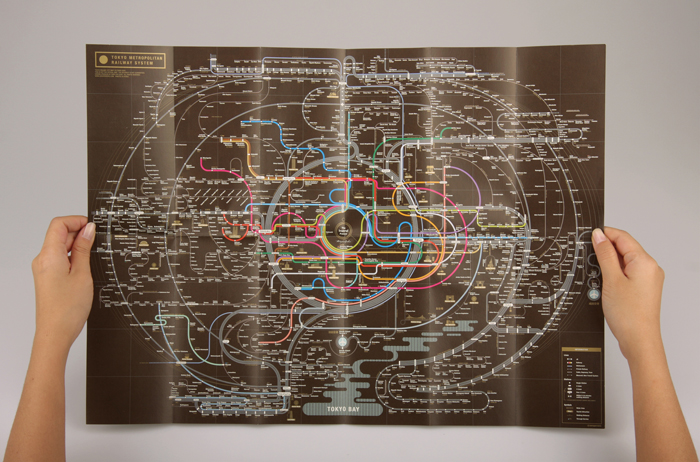 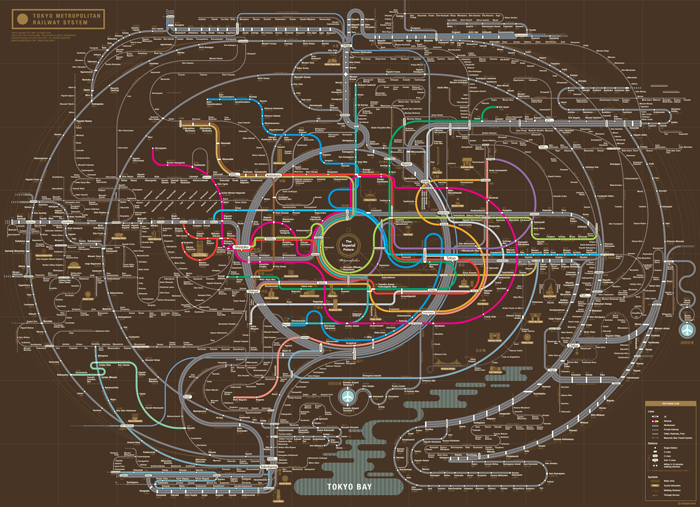 Tokyo's map is inspired by the circle of the national flag of Japan (Hinomaru). Concentric circling lines spread out to the entire city with the center of the Yamanote line. This map includes more than 1500 stations and more than 100 lines covering not only Tokyo but also the surrounding region of Yokohama, Chiba, Omiya, Hachioji, Kawagoe. This many and complicated lines, and subways to make it easy for visitors to determine which line to take at a glance. Osaka 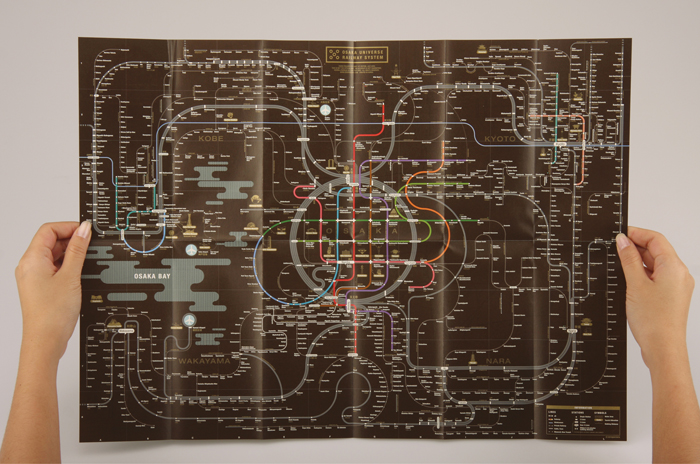 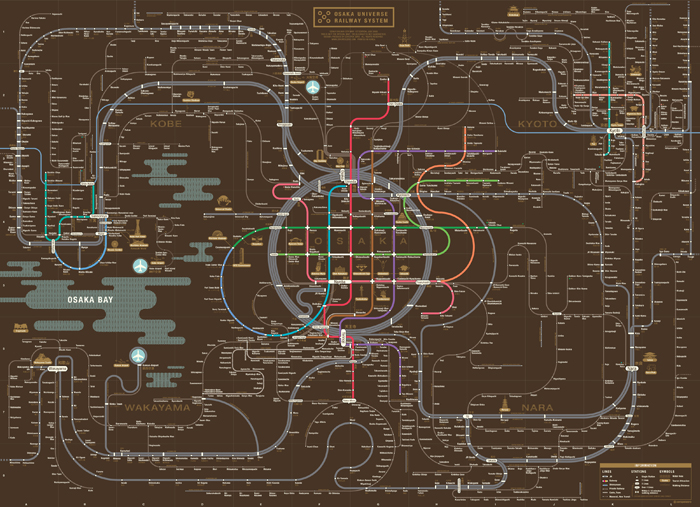 Osaka is closely tied to the surrounding cities of Kyoto, Kobe, Nara and Wakayama. Many people traveling to Osaka also visit the neighboring cities. This map connected this concept with octopus as the main ingredient of Takoyaki (Tako in Japanese), the octopus dish Osaka is known for. In this map, the Osaka metropolitan is visualized as an octopus with the head being Osaka and the legs sprawling out to the other four cities. Barcelona 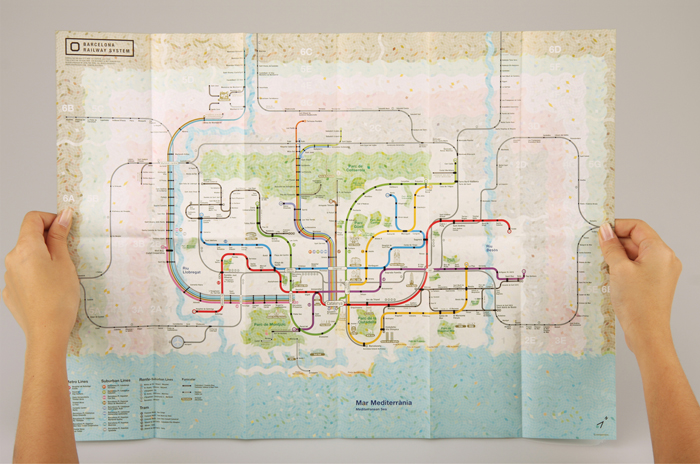 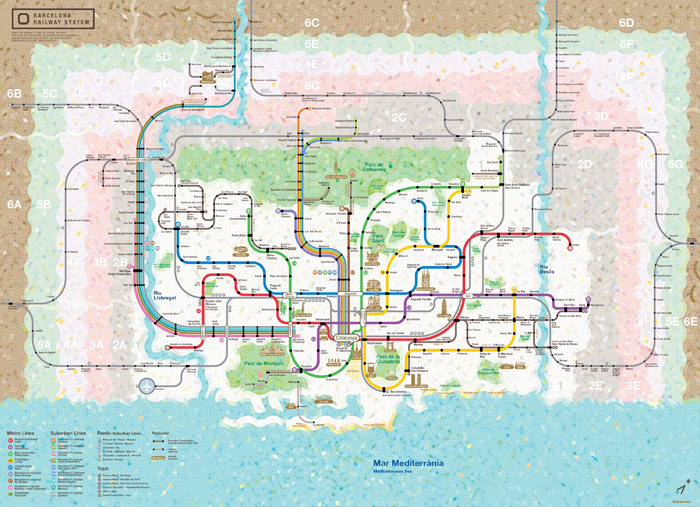 Barcelona equals Antoni Gaudi, a Spanish architect who was famous for his unique designs. This makes sense since his works can be seen throughout the city. His designs can be characterized by curves borrowed from nature and by his unique style of mosaic using tiles. Hokkaido 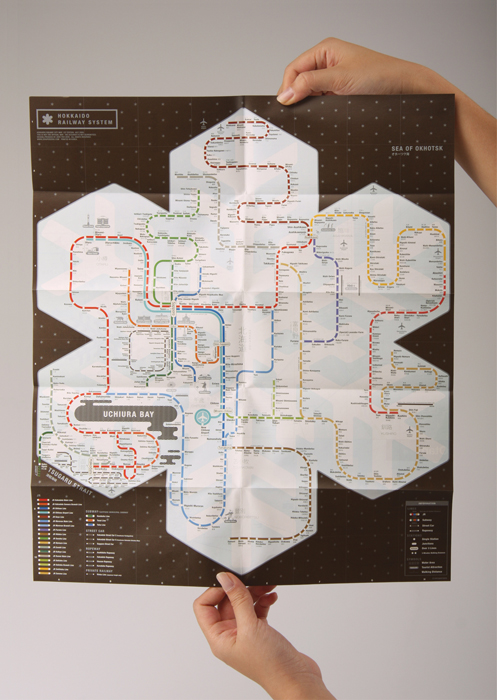 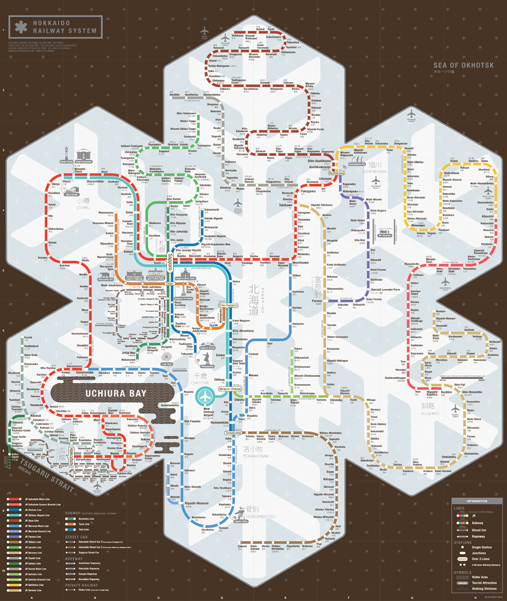 Hokkaido is one of four large islands of Japan. This region is famous for its powder snow, and its winter landscape attracts visitors who come to experience the spectacular view of snow-covered forested field and mountain. Yuki Matsuri, also called Sapporo Snow Festivals in English, is globally well-known. This map chose snow as a symbol of Hokkaido and sets it as concept of its railway map. The whole island is visualized as a snow crystal.