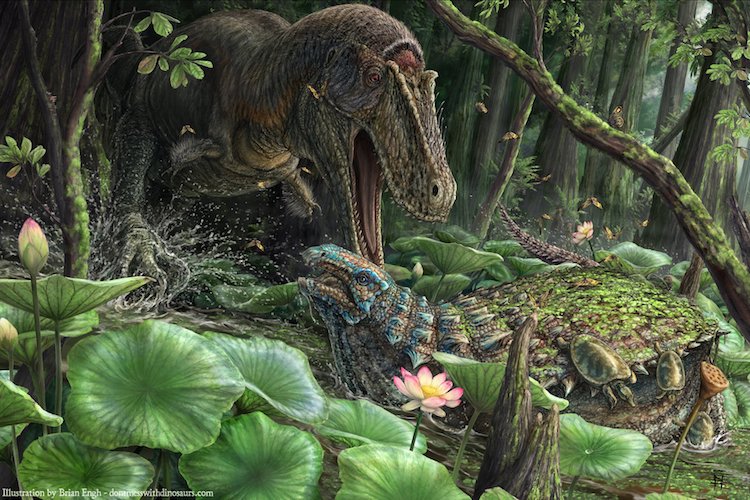 The Tyrannosaurus rex is a dinosaur that sat at the top of the prehistoric food chain, striking fear into any animal it encountered. But new research shows that it had an even badder relative that roamed Earth millions of years before the “tyrant lizard king.” The Dynamoterror dynastes is the name of this new dinosaur, which translates to “powerful terror ruler.”

In 2012, bone fragments extracted from an 80-million-year old rock in New Mexico were discovered during an expedition led by paleontologists Andrew McDonald of the Western Science Center and Douglas Wolfe of the Zuni Dinosaur Institute for Geosciences. Though it was immediately clear that they were looking at the bones of a large theropod—a broad family that includes tyrannosaurs, raptors, and birds—it took years for them to piece together the right fragments and understand what was in front of them. It was only when puzzling together a pair of skull bones called frontals that it all became clear.

The newly published study reveals details of the new dinosaur, which at 30 feet from snout to tail would have been about 80% of the T. rex's full size. While the T. rex lived between 66  and 68 million years ago, the Dynamoterror dynastes is about 80 million years old. Its discovery is another fascinating piece in the puzzle when it comes to understanding the evolution—and extinction—of dinosaurs. 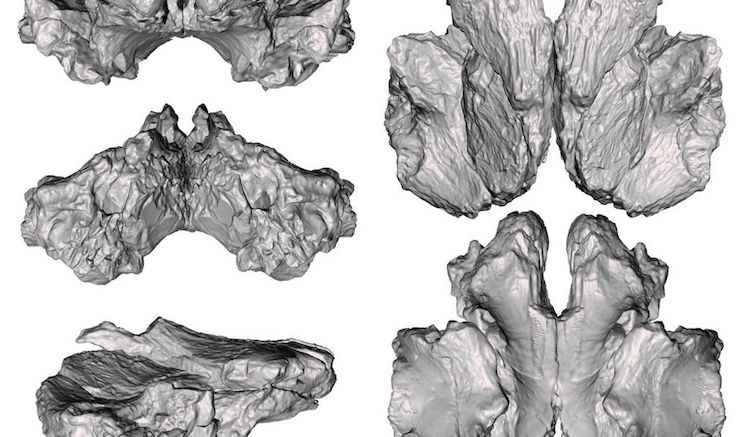 While slightly smaller than the later T. rex, the Dynamoterror is comparable in size to other tyrannosaurs of its time, placing it firmly at the top of the predator list. Interestingly, its fossil comes from the Menefee Formation, a Mesozoic geological formation from the Late Cretaceous age in New Mexico. This is only the second dinosaur fossil to be extracted from the site. At the time of the Dynamoterror, McDonald estimates that the area would have been “much like the swamps and forest of the southeastern U.S.—hot, humid, and lush.”

The discovery in New Mexico, as well as recent dinosaur findings in Utah, Texas, and Mexico are giving a broader picture of what kinds of dinosaurs roamed Earth. Much of our knowledge of North American dinosaurs comes from findings in Albert and Montana, where discoveries have painted a rich picture of dinosaur communities. However, the new finds allow paleontologists to learn more about the variety and scope of dinosaurs across different climates and environments in North America.