Detachable Airplane Cabin Designed to Float to Safety in an Emergency 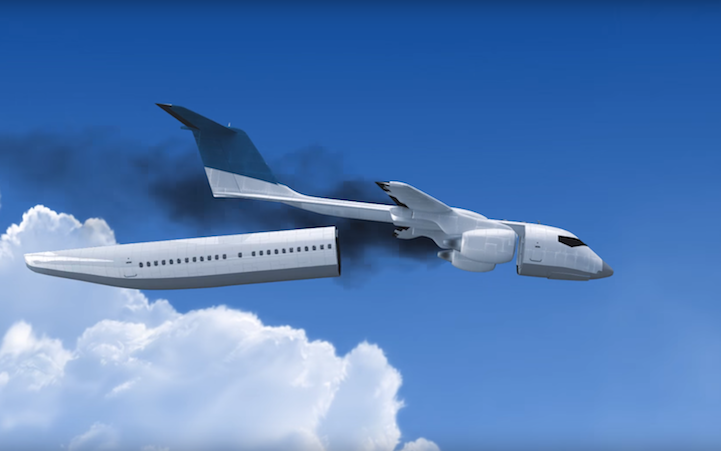 A fear of air travel is a common phobia, as about a third of people suffer from flying-related anxiety. Ukrainian aviation engineer Tatarenko Vladimir Nikolaevich has conceptualized a way to ease this worry and make airplanes safer. His solution is a passenger cabin that's able to detach from the engine and wings if an accident were to occur. Once this separated capsule has been ejected, it will deploy parachutes to lower it to ground or onto the water.

Nikolaevich's prototype would disconnect from the rest of the aircraft within two to three seconds of almost all emergencies, including engine failure, fire on board, and technical problems. As passengers float towards safety, their belongings would be okay, too–the design features storage space to hold luggage underneath the cabin.

The engineer has received a patent on this invention after five decades of research, but commercial airlines don't appear too keen on his idea. According to LiveLeak, installing this cabin would be a costly endeavor and use more fuel while reducing overall seating capacity.

Although Nikolaevich's design might remain in the prototype phase, the threat of air travel isn't as great as you'd imagine–overall, this form of transportation has an excellent track record. Despite the high-profile accidents over the past few decades, 2014 saw only 10 accidents per million commercial jet departures. 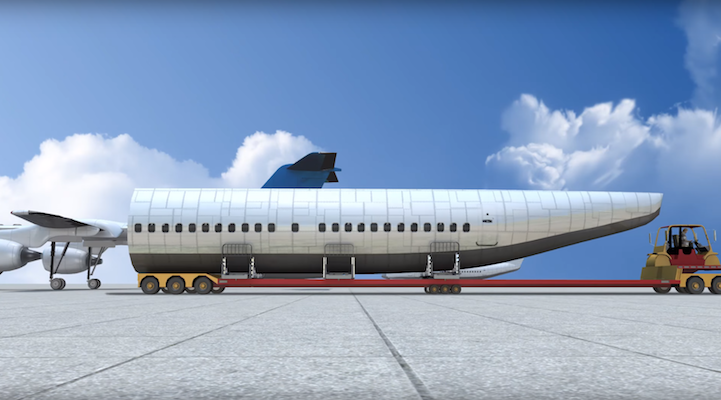 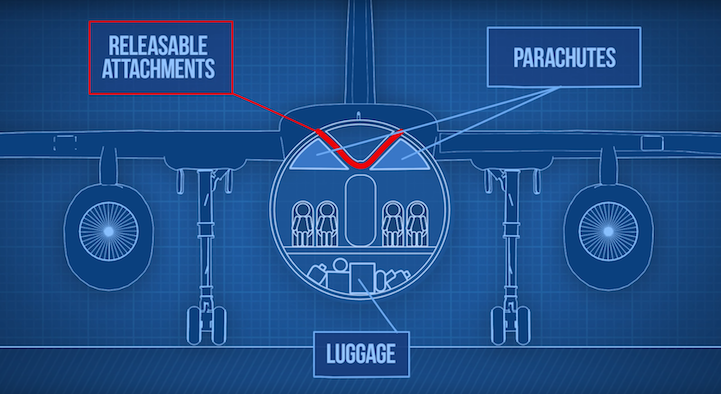