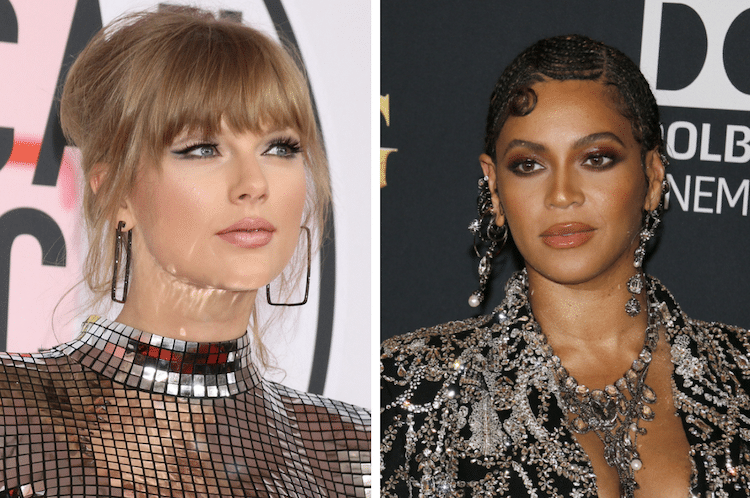 It’s no secret that Taylor Swift and Beyoncé have shared many heartfelt and supportive moments as their illustrious music careers have led them to cross paths again and again. On the latest of these touching occasions, the Folklore singer joined a host of celebrities and fans to send Queen Bey well wishes on her 40th birthday in a heartwarming video for BAZAAR.com. Besides Swift, the A-list roster included cameos by the likes of Oprah, Kerry Washington, Stevie Wonder, and even First Lady Jill Biden. However, Swift’s sincere words of admiration and appreciation stood out in particular.

“The fact that you have paved the road that every female artist is walking down now, then the fact that you’ve done so with such kindness and such grace,” Swift intimates in the video, “I—just, to say I admire you is like, there’s just not a word for it.”

And the mutual respect between the two chart-topping artists is obviously not just one-sided. After Swift’s history-making Album of the Year win at the 2021 Grammys—the third so far for the popular singer—she received a gorgeous bouquet of flowers with a hand-written note from Beyoncé herself. Swift posted an Instagram story commemorating the occasion with a picture of the flowers and card, which read, “Congratulations on your Grammy… Thank you for always being so supportive. Sending love to you and your family. B.”

It’s so wonderful to see two powerhouses in such a competitive industry show this level of support and regard for one another. Scroll down to watch Beyoncé’s full birthday tribute video and see Swift’s warm birthday message, as well as those of many other notable celebrities.

Watch as Taylor Swift and many other celebrities wish Beyoncé a happy 40th birthday in this touching video message!