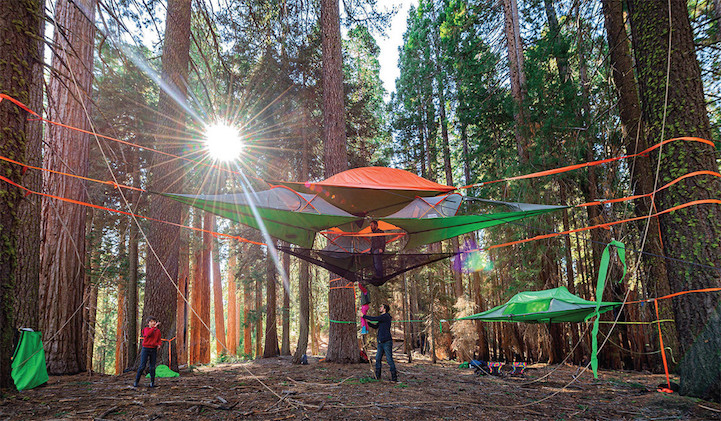 Tentsile has the adventurous camper in mind with their innovative suspended tent systems. We first featured the company last year, marveling over how you could safely sleep in the trees with their sturdy, waterproof products. Since then, they've unveiled a few new models that allow for even more versatility when camping in the air.

Tentsile now features a triangular hammock called the Trillium that can form a multifloor outdoor living environment. You can stack them to add sleeping space for additional campers, or create a place to store extra gear, shoes, and even pets. Tentsile has also introduced Vista, a two-layer tree tent, where the different levels can be accessed through a floor hatch or sides. Their most impressive product is the Trilogy, which is a massive communal shelter that's designed to hold six people above the ground. It has three separate sleeping areas and a central canopy that clips together.

Designer Alex Shirley-Smith first conceived of suspended tents as a way of creating portable treehouses. In 2012, he teamed up with designer and co-inventor, Kirk Kirchev, and Tentsile was born. They've experienced a lot of success during that time, including opening their own factory and winning an ISPO design award. 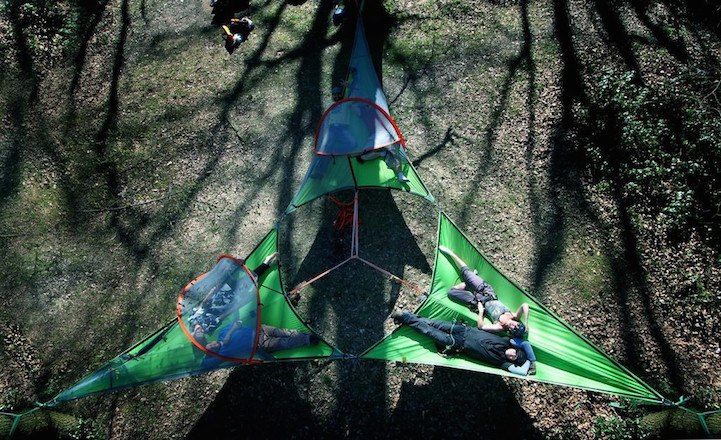 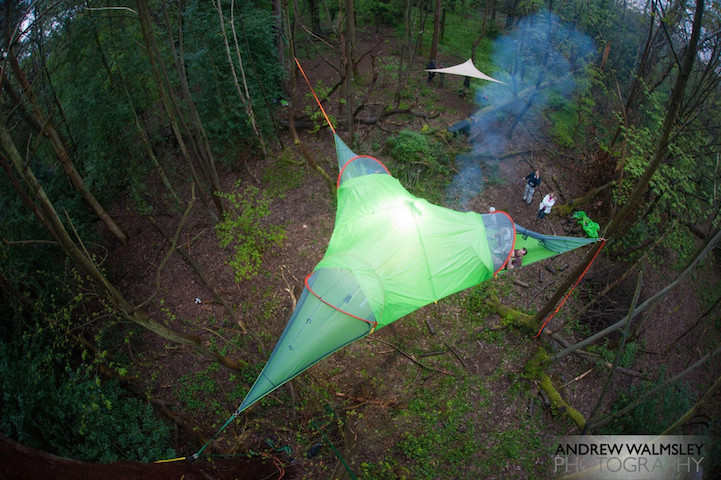 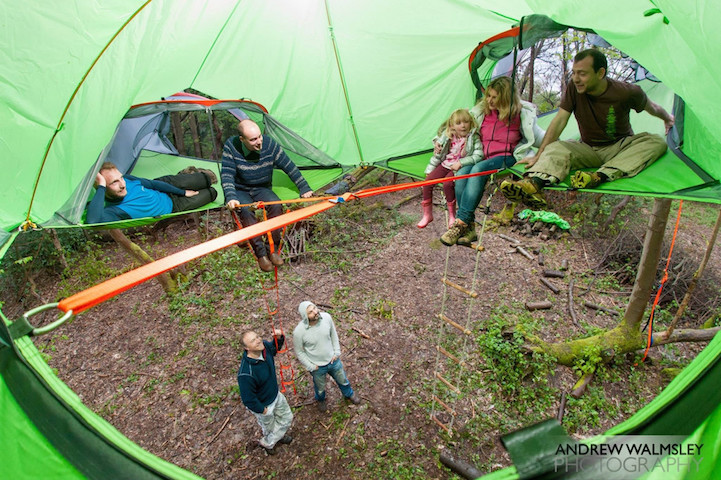 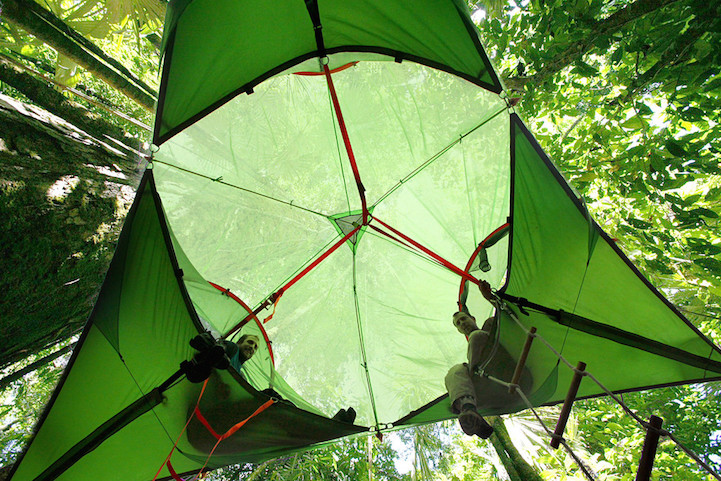 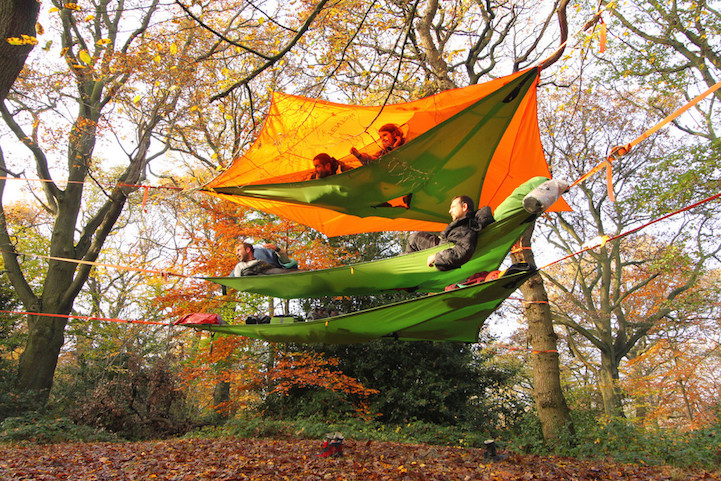 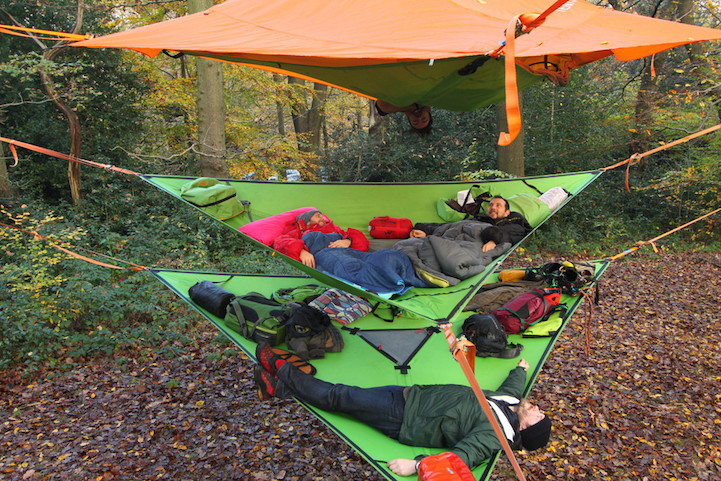 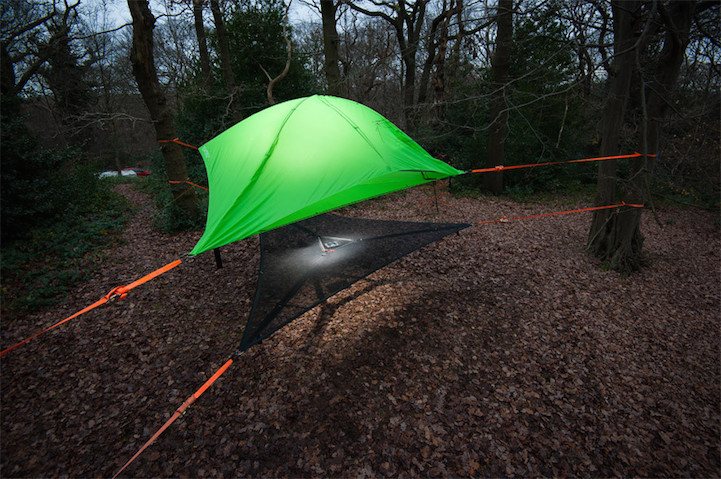 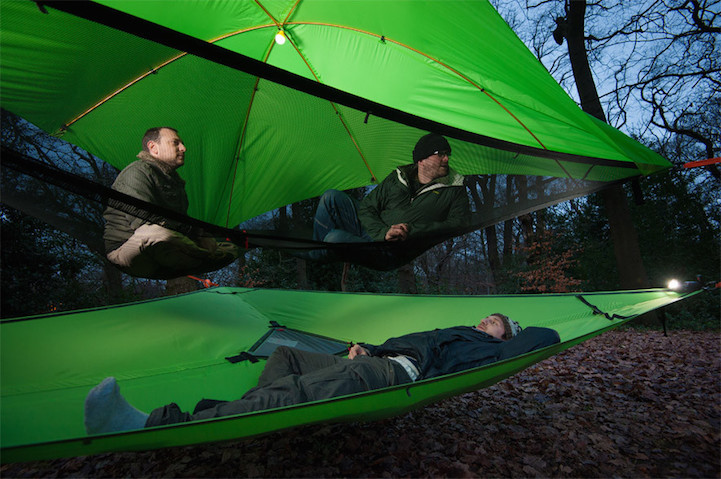 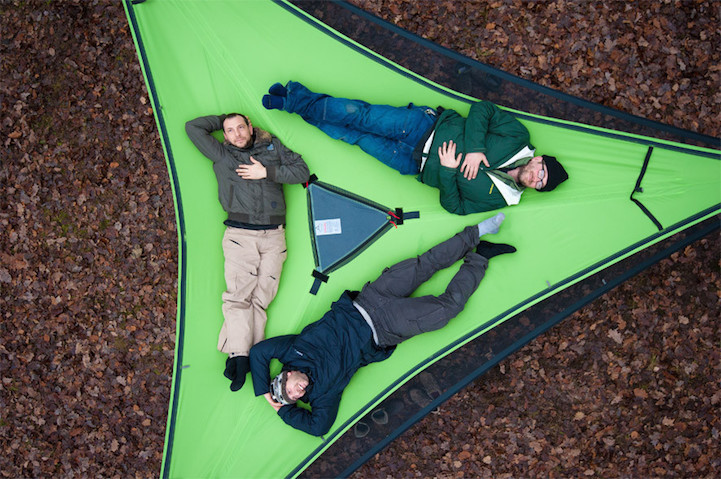 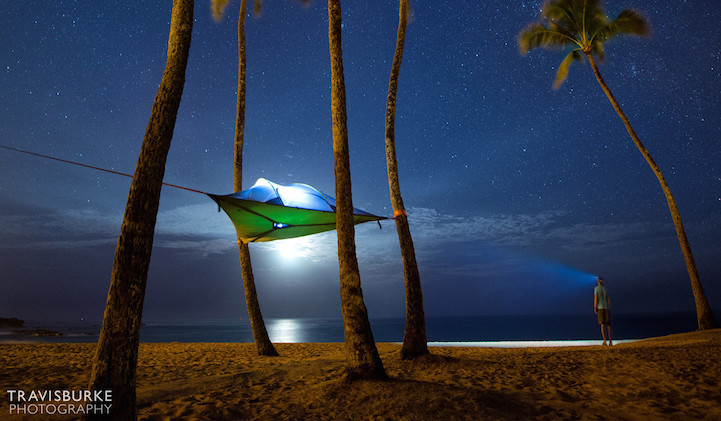