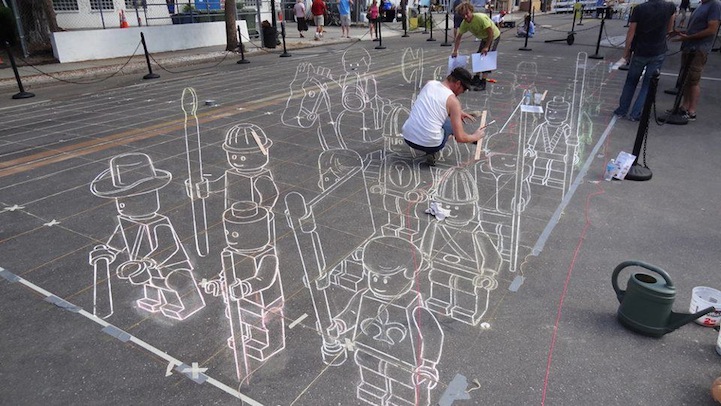 LEGO has become more than the toys we played with when we were younger, it's a brand name associated with innovation and originality. It has inspired many artists, and these guys are no exception. Planet Streetpainting is a collaboration of street artists based in the Netherlands, who created this crazy drawing during the Sarasota Chalk Festival in Florida for Pavement Art Through the Ages.The group's art director Leon Keer has always been fascinated about the discoveries history often reveals. Not only that, but he also attempts to connect these historical events with current issues in society. For the festival, the team created a rendition of the Terracotta Army of China.

For those unaware, the Terracotta Army is a collection of terracotta sculptures depicting the vast army of Qin Shi Huang, China's first emperor. The figures included warriors, chariots, horses, officials, acrobats, strongmen and even musicians, all of whom were featured in the chalk illustration. What makes this even more incredible is that it's in 3D! Remko van Schaik, Ruben Poncia and Peter Westerink joined Keer in creating this masterpiece. If you are one of the lucky few who are able to travel to Florida between now and November 7th, be sure to check it out! 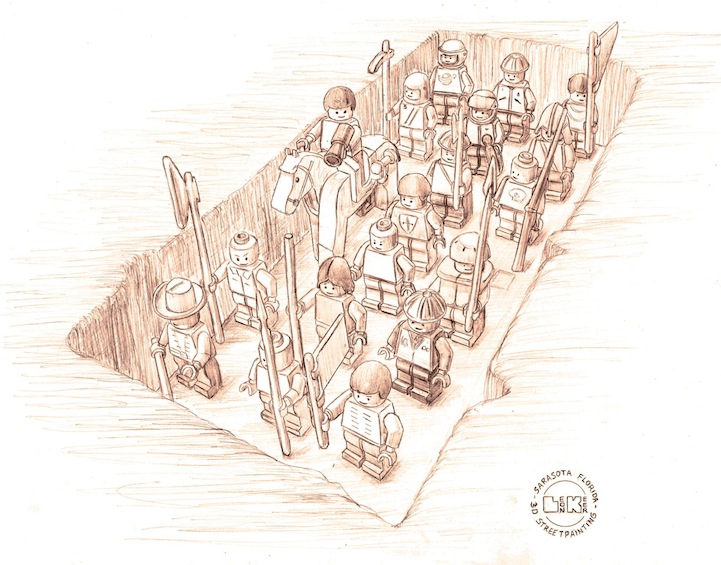 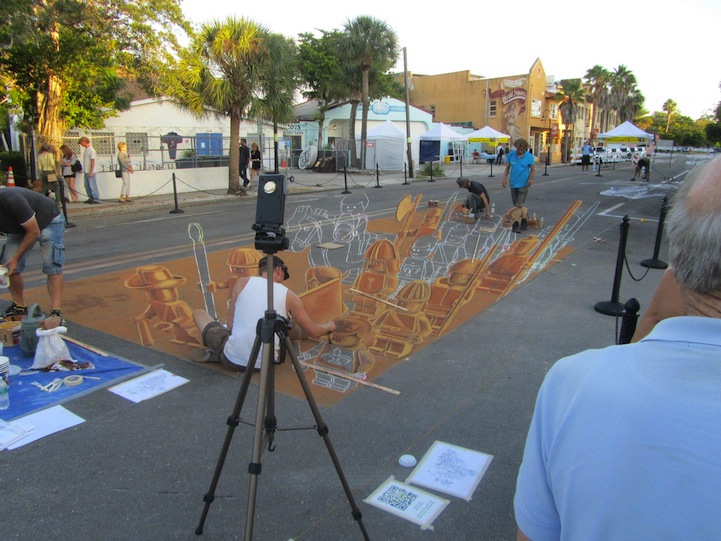 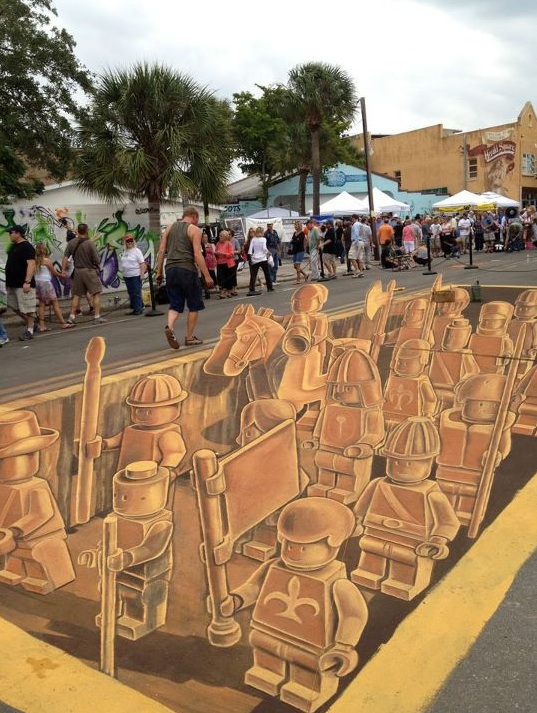