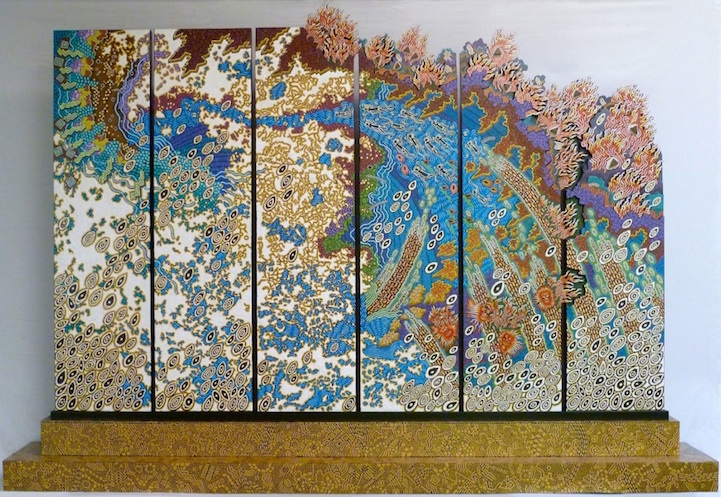 Hays' work is influenced by the cultures and traditional artwork of Australia, Indonesia, New Guinea, China, and Japan, as well as the aesthetics of street art and full-body tattoos. He explains, “Starting with fragments of images from these various sources I began to cut up, enlarge and tape together various bits and pieces of imagery in an attempt to create a language of my own derived from all of these sources. Taped together to form a skin it was transferred to various found or built surfaces and painted to appear like elaborately patterned porcelain or cloisonn.” 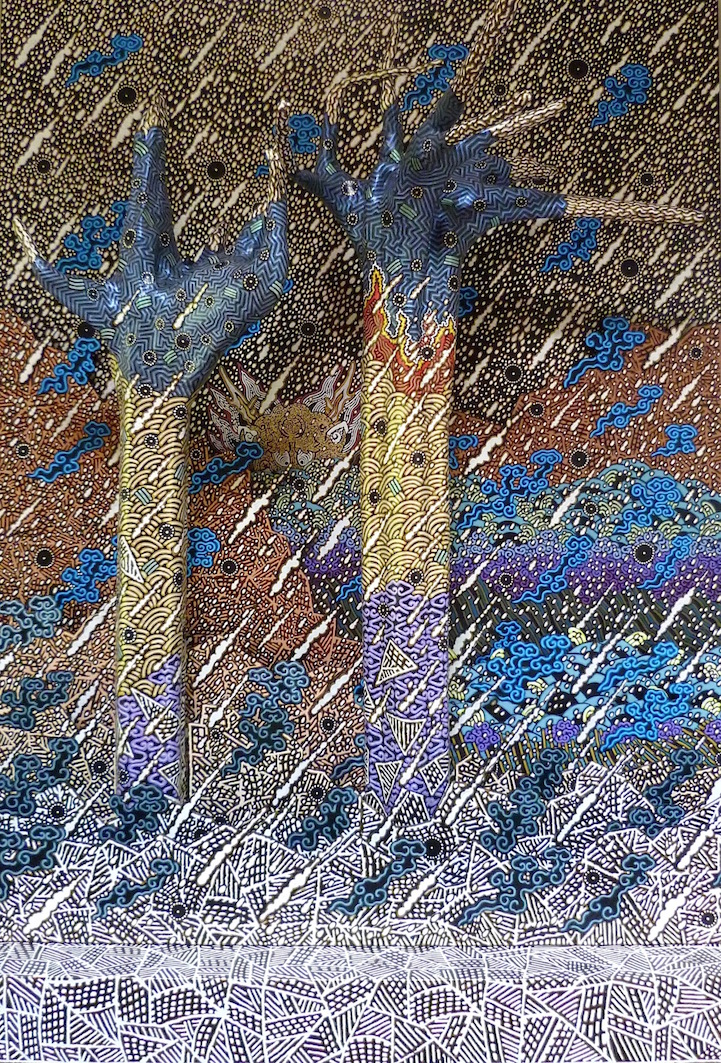 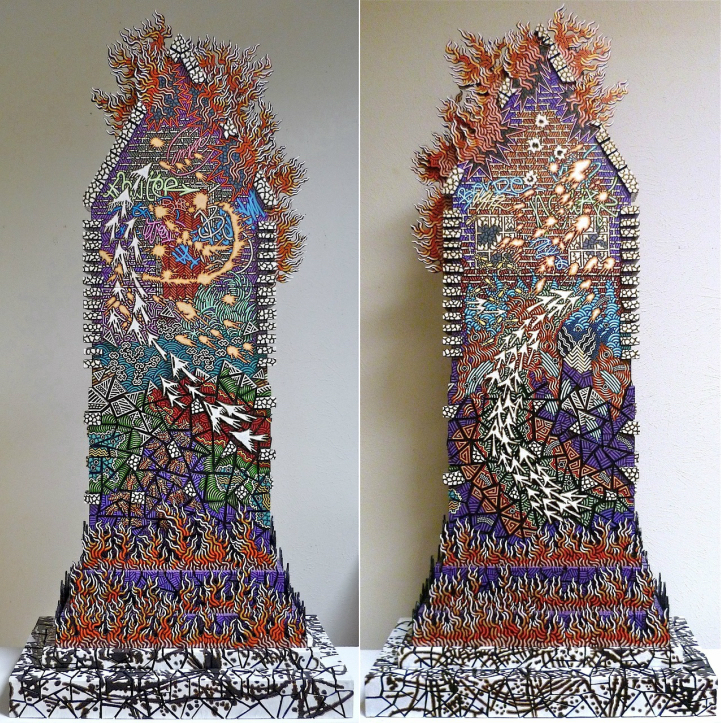 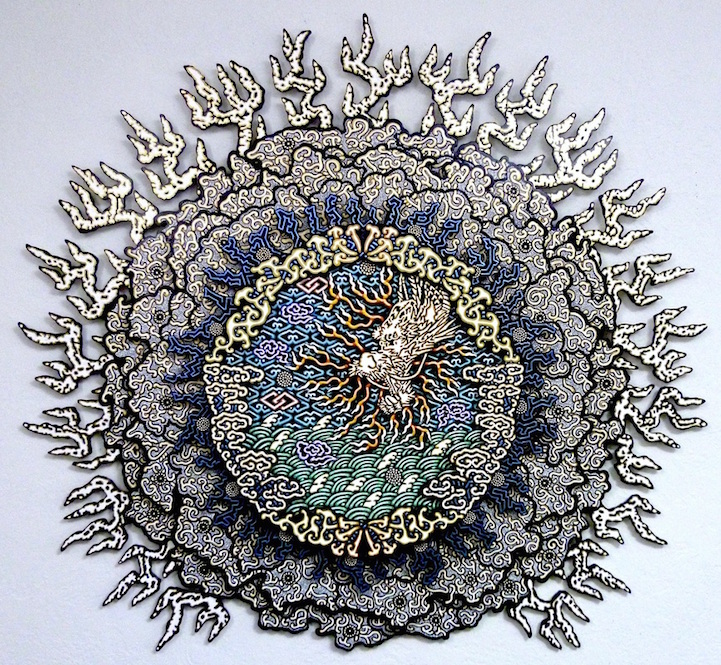 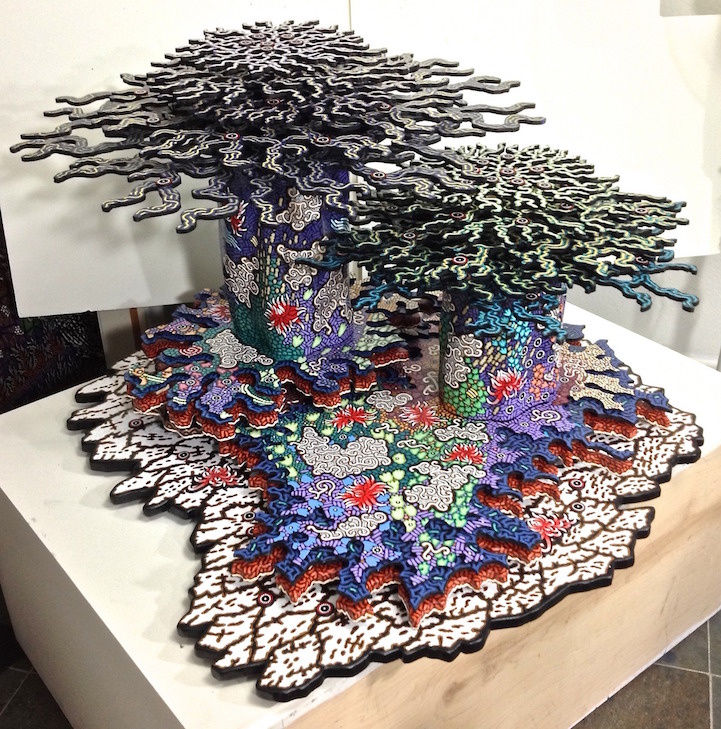 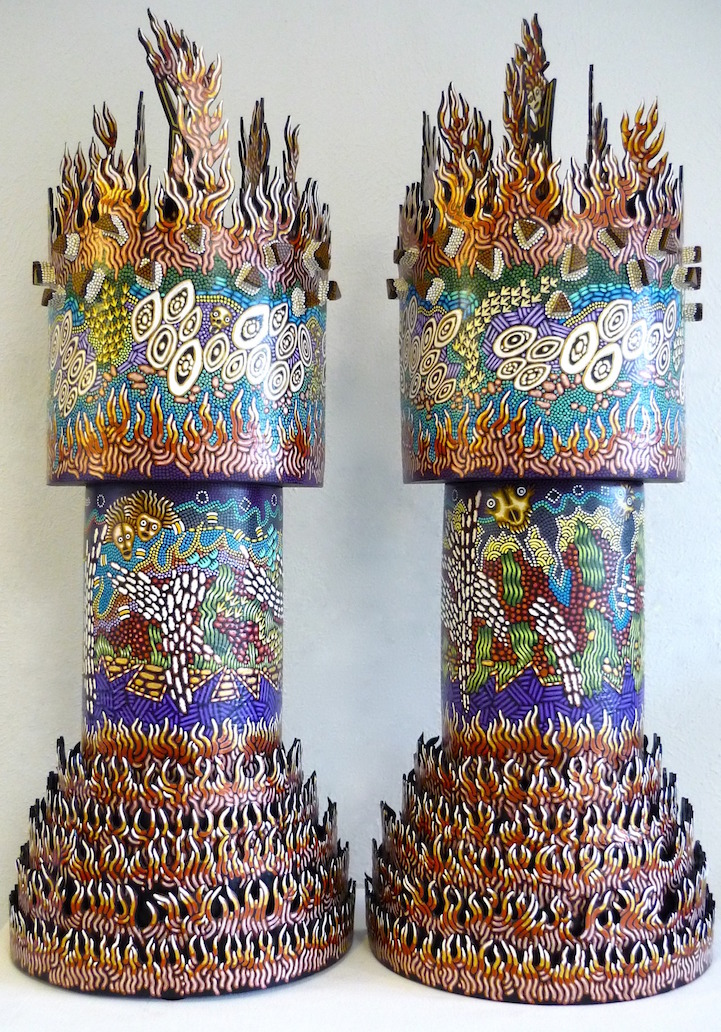 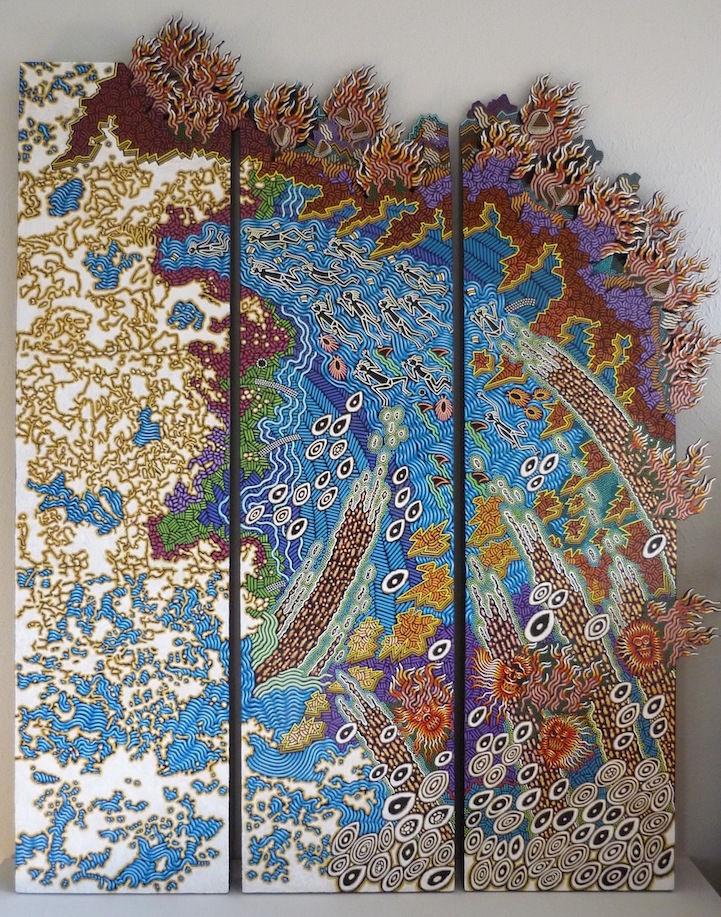 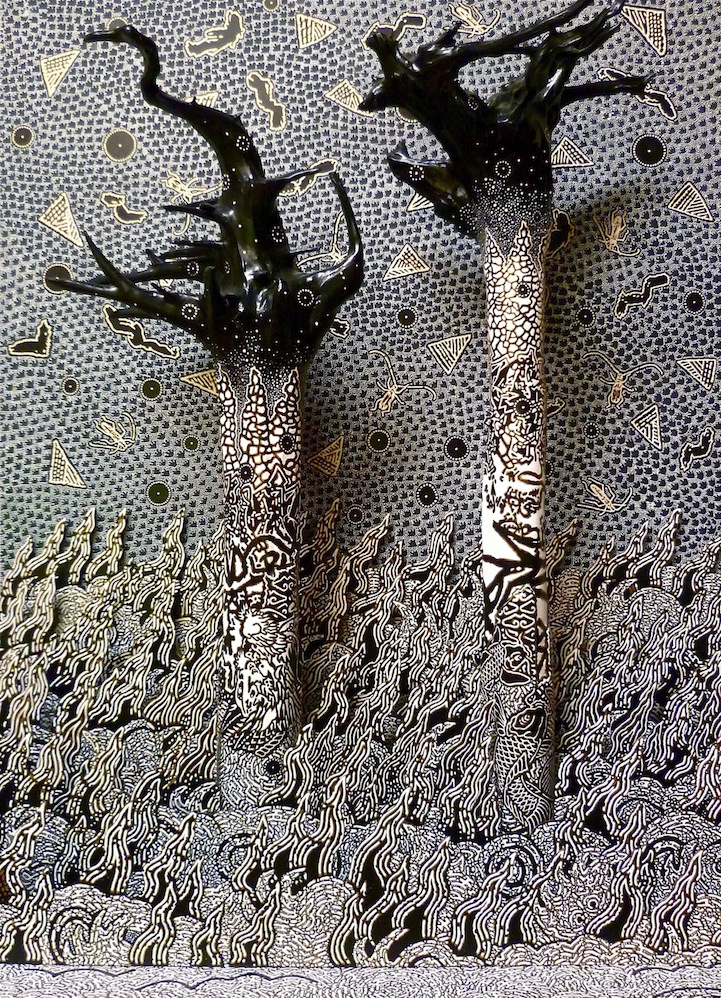 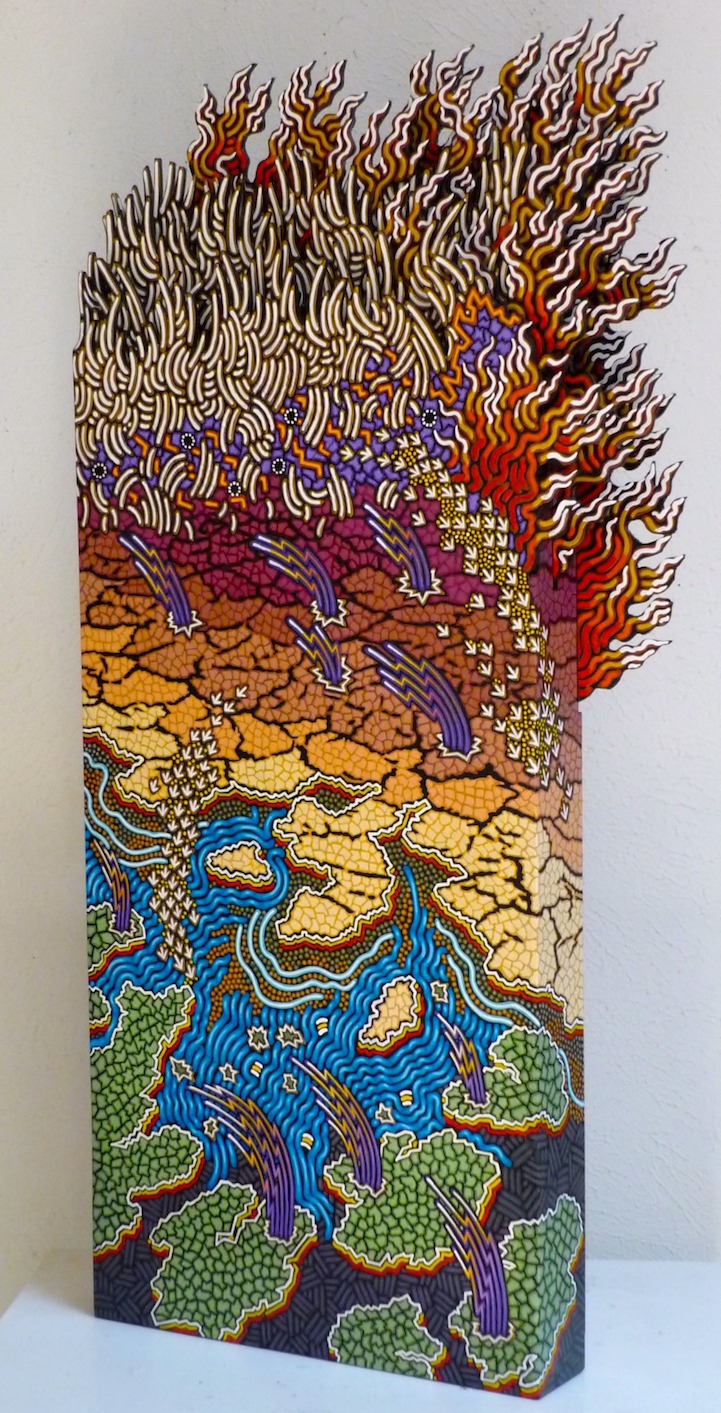 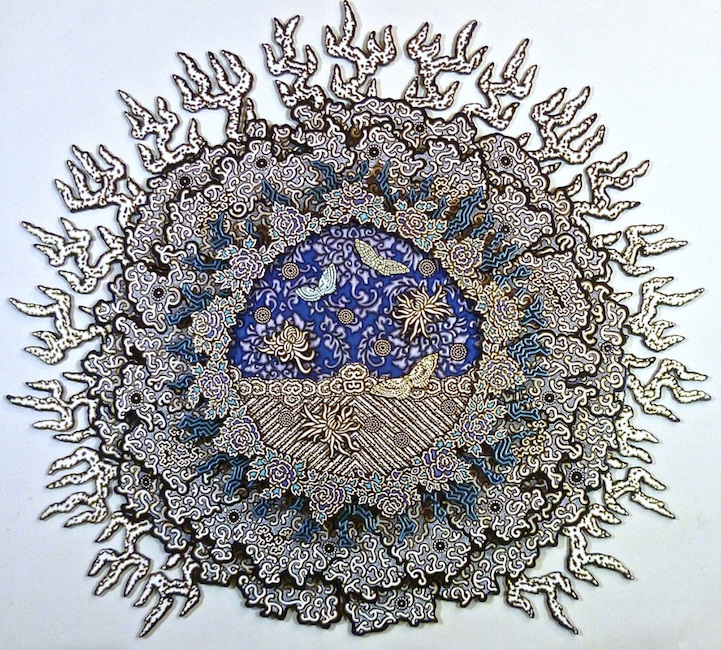 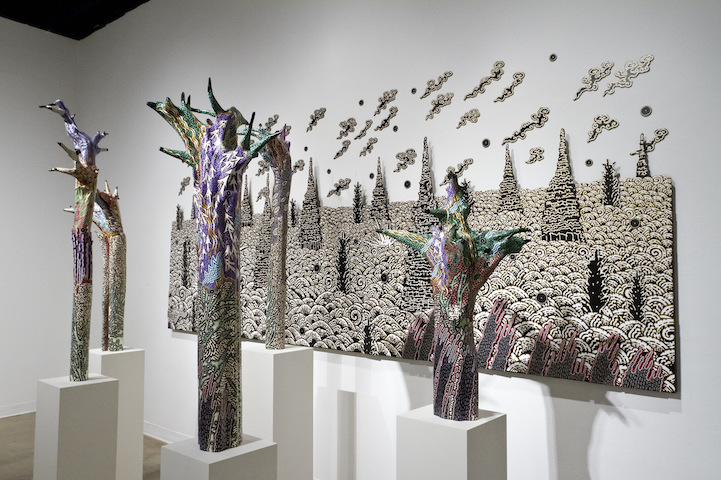