The Thames Estuary Research and Development Company (Testrad) has released a futuristic concept for an airport that would sit on an artificial island all by itself. In collaboration with global architectural design firm Gensler, this proposed design known as London Britannia Airport is in response to a call from the Airports Commission. With the foresight to develop a unique airport that intends to evade the problems of other land-based establishments, it is a revolutionary concept.

According to the project's consortium, the plan's six-runway configuration would allow for three or four aircrafts to operate “at the same time, 24-hours-a-day in all weather conditions” and all while relieving many Londoners of noise pollution. A common complaint being that overhead airplanes landing and departing causes a deafening annoyance, this proposed mid-river scheme would greatly decrease the noise pollution impact.

There's also a projected passenger increase from 127 million a year to more than double at 300 million by 2031, requiring more air traffic that the airport intends to provide. Additonally, the airport could regenerate the economy of east London, Kent, and Essex with the estimated 200,000 new jobs that the realization of the project would create, not to mention the creation of 300,000 new homes with the close of Heathrow Airport.

Testrad submitted a thorough report (now available online) outlining not only the physical layout and function of the airport, but also the environment impacts, socioeconomic considerations, and funding strategies. The project, which would cost roughly $76 billion and take seven years to complete, is undoubtedly an ambitious development. 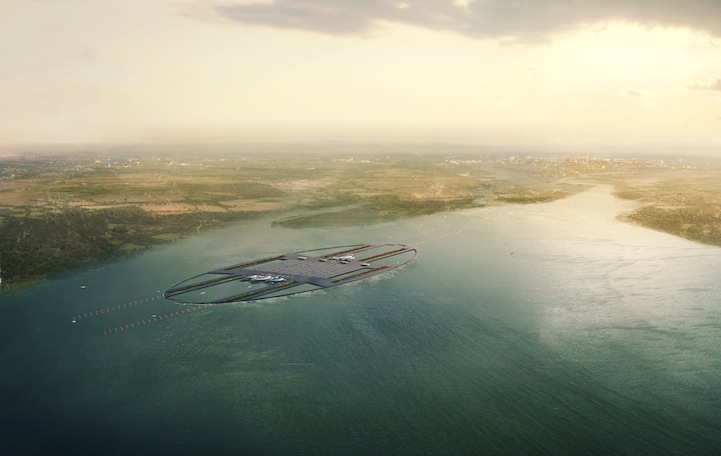 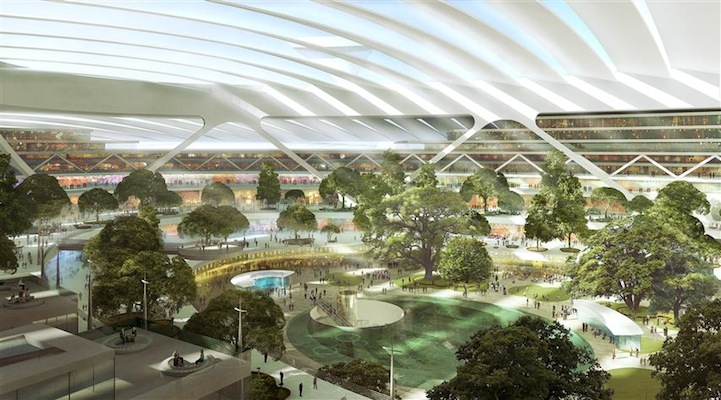 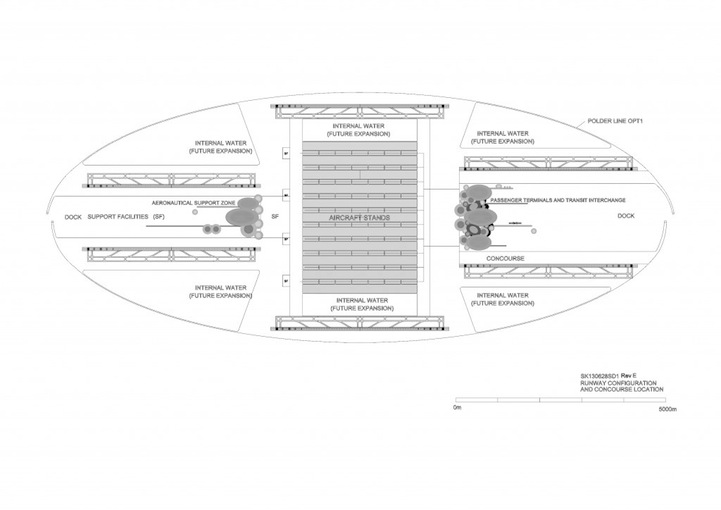 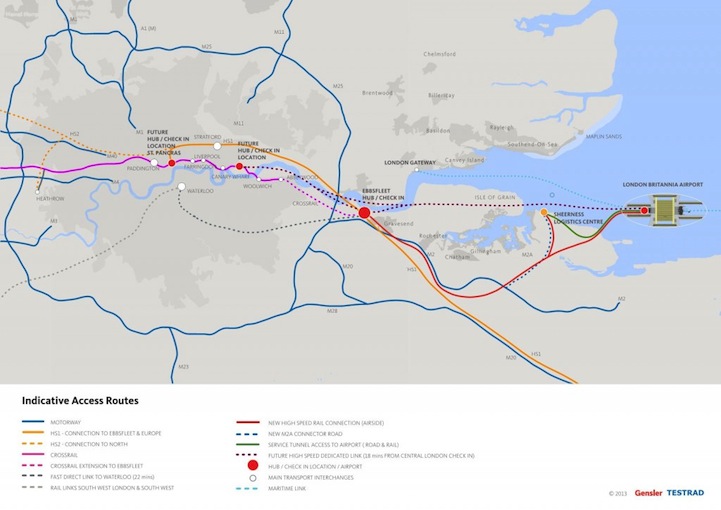