The Crankiest Cat in the World 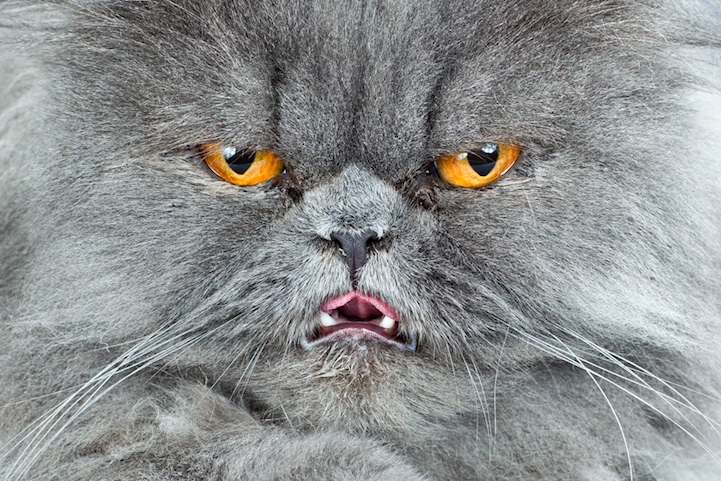 If this doesn't look like the crankiest cat in the world, I don't know what does. (That's why I like dogs!) This past weekend, Carli Davidson, the pet photographer most well-known for her Shake series took this incredibly funny picture of Eywa the cat. Eywa is actually a model for Davidson's ongoing Shake series and this photo was one of her outtakes.

“Eywa is a Persian owned by Amanda Giese, who regularly gives her cat mohawk haircuts,” Davidson says. “She also acts as a surrogate for motherless kittens at Amanda's non-profit animal rescue.”

Davidson told us that she'll be releasing many more “shake” images sometime in the near future. “Just waiting till the series is complete so I can put together a show with new and exciting images,” she says. We can't wait!