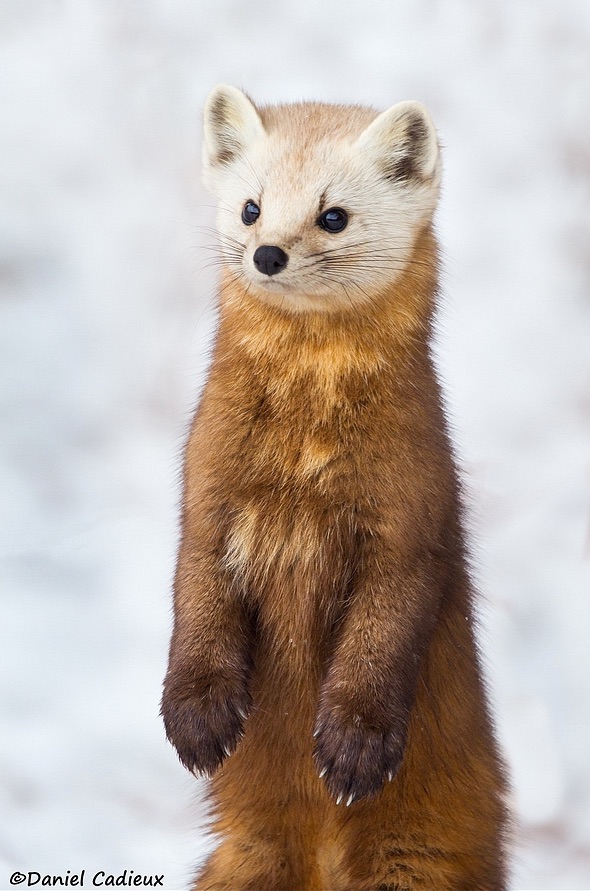 Wildlife photographer Daniel Cadieux recently caught these extremely adorable photos of pine martens in Algonquin Park in Ontario, Canada. Like the ermine, this slender-bodied weasel has one curiously cute face. Cadieux was able to spot three of them near suet feeders that were put up in a few spots for the birds in the park. Taking photos of them is a waiting game but eventually the pine martens show up to feed on the suet. When asked what their personalities are like, Cadieux said, “They are very curious and cat-like, at least in the park where they are more used to people than in more remote areas. They also seem to be be quite sly, smart, and, at times, playful. They are like a combination of a cat, a fox, and a squirrel.”

Pine martens (or American martens) are born blind and only open their eyes to the world when they're around six weeks old. They live in woodlands and forests. Though accomplished climbers, in the winter they burrow into tree roots to protect themselves from the cold. They're highly territorial. Males have a territorial range of between one to three square miles while females take up to one square mile. Neither sex allows another marten of the same sex in their home territory though males will tolerate the presence of multiple females. Although the global population of pine martens is not threatened, they are endangered or locally extinct in some parts of the world. 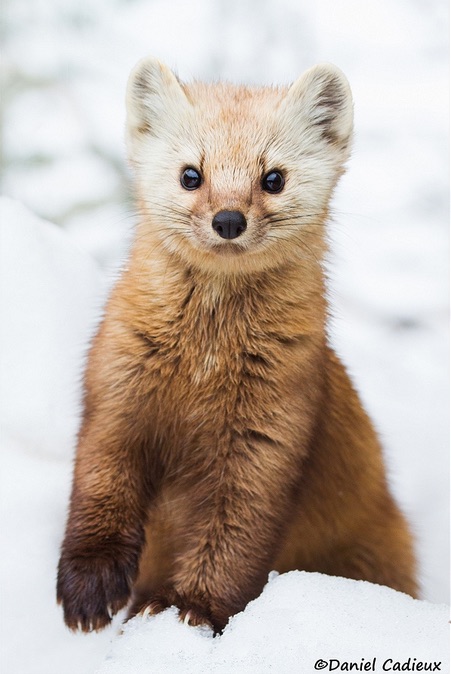 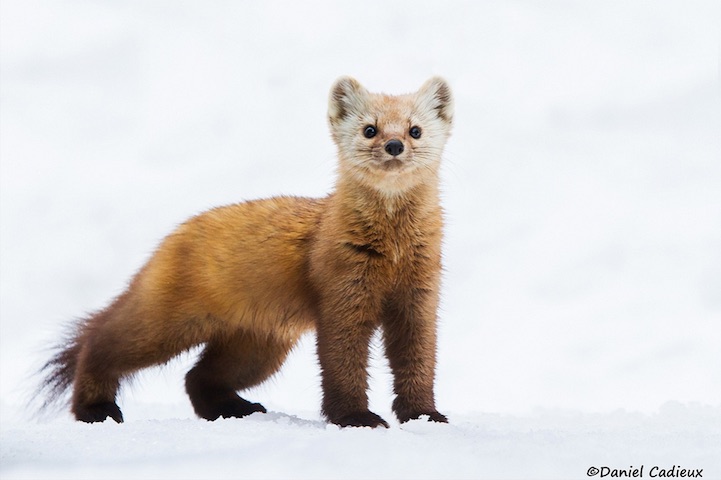 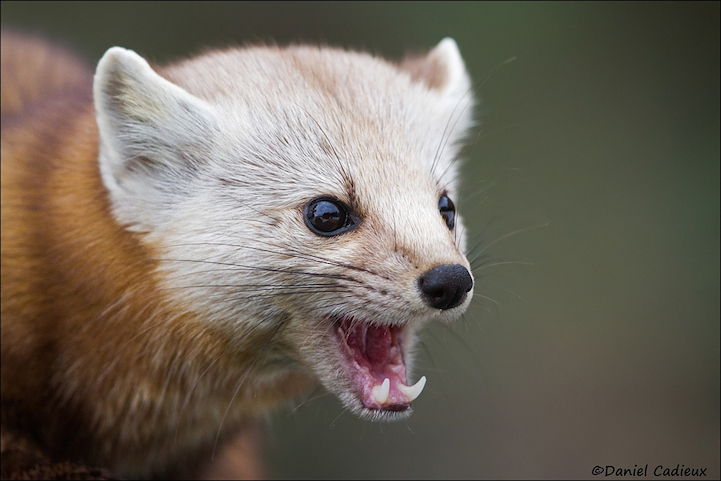 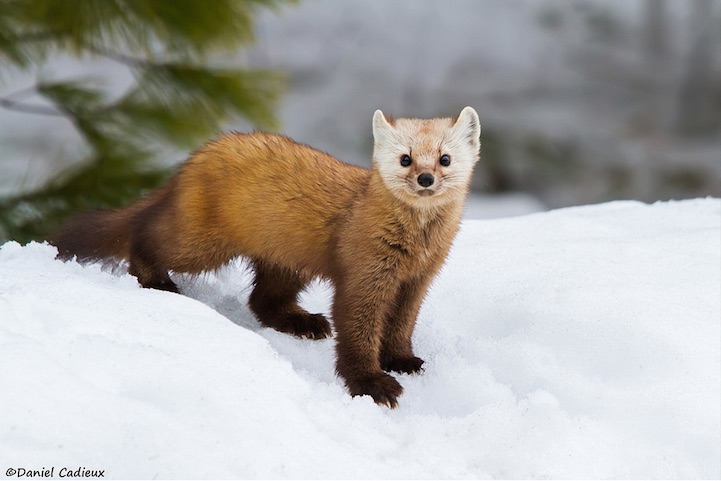 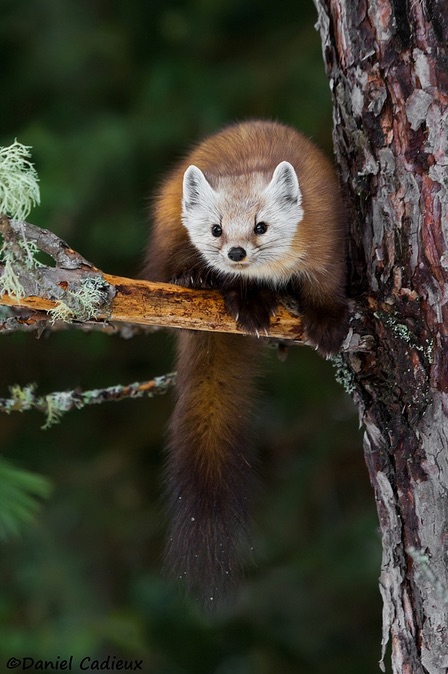