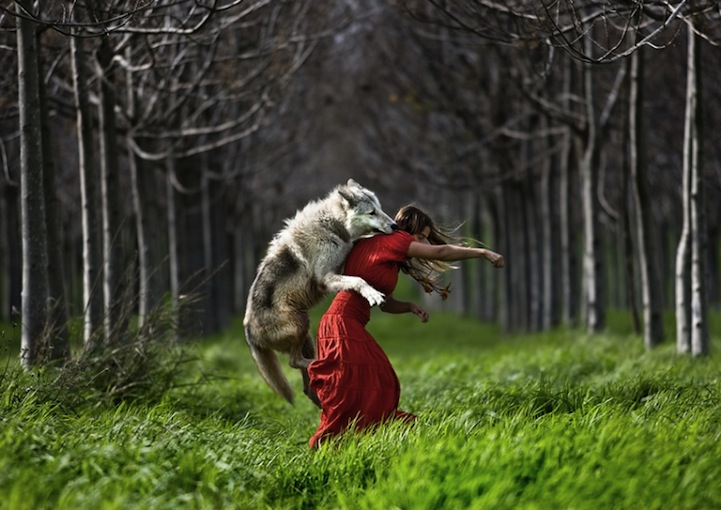 A few weeks ago, I wrote a blog post titled “Little Red Riding Hood's Demise.” The set featured a pretty young girl, who looked a lot like Red Riding Hood standing alongside a handsome gray wolf. In one of the photos, it looked like the wolf was actually attacking her from behind, and it was easy to assume that the whole scene was Photoshopped.

I recently caught up with Israeli photographer Shlomi Nissim and was shocked to find out the real story.

“The inspiration for the picture I took is from the legendary story of ‘Little Red Riding Hood.' It is my interpretation of the story.

“Luckily, I happened to know the person who owns the wolf, an amazing and friendly animal. The girl in the picture is 17-years-old and comes from a family of shepherds who also trains horses. She has a great connection with animals in general, but in that picture it was actually the first time they ever met!

“Previously, I noticed that the wolf liked to jump up high on top of its owner, so getting the wolf to pose that way was quite easy to do. When we set up the picture, I already had a good idea of how it would turn out. But the biggest surprise came when the wolf actually jumped over her from behind. That day, I must have taken hundreds of photos.”

Great job, Shlomi. What an incredible set and an equally impressive story! 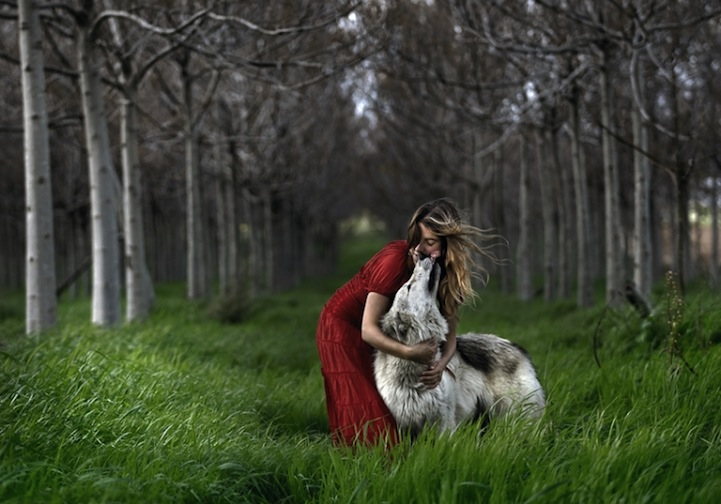 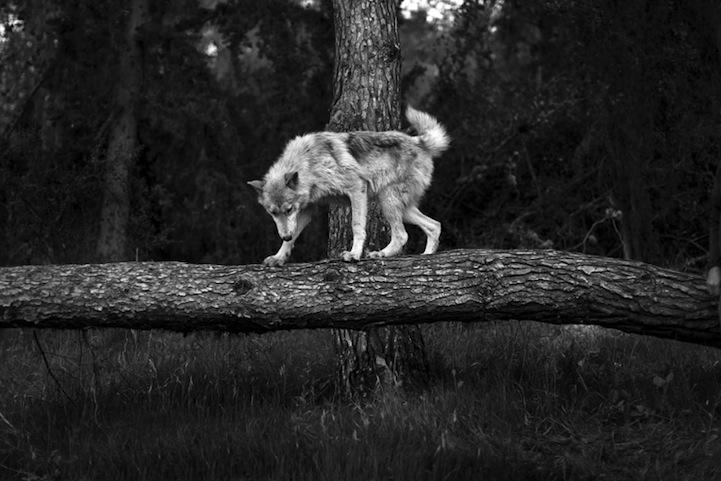 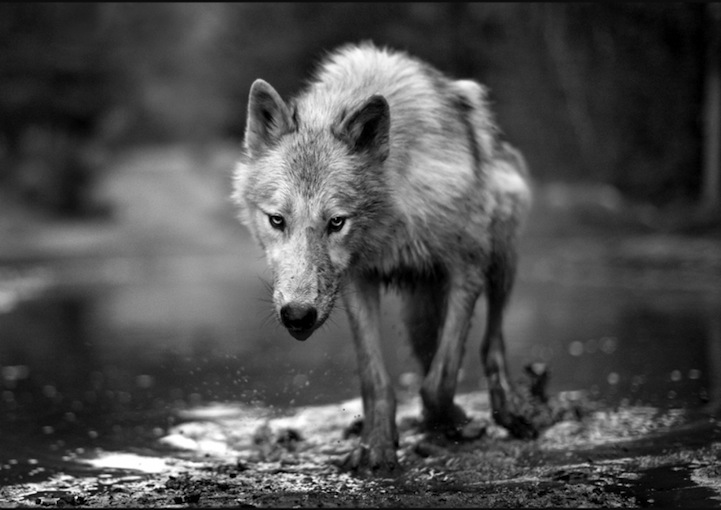 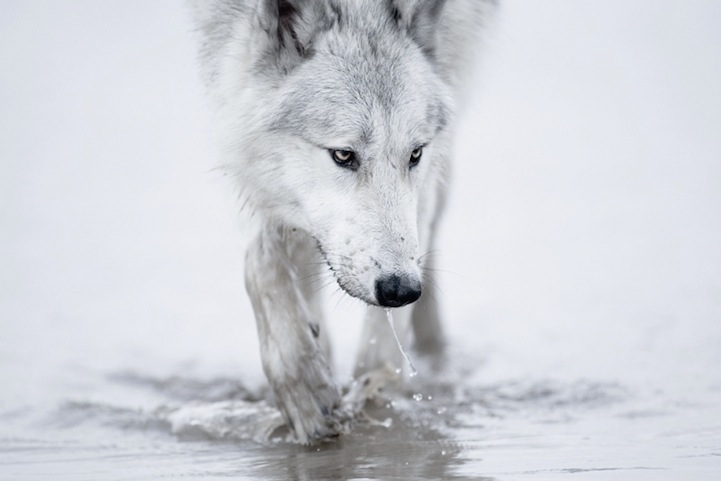