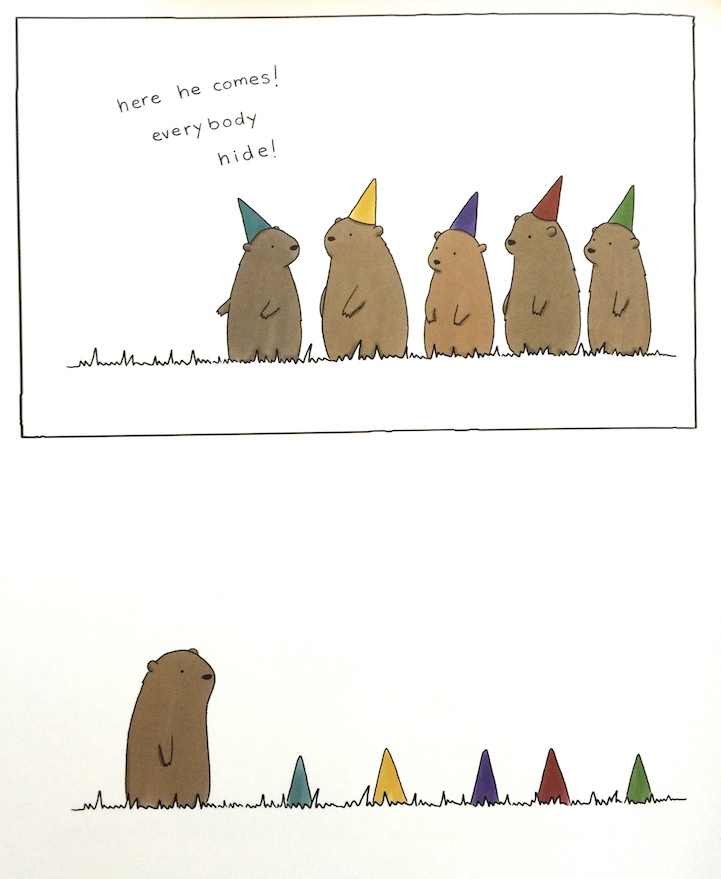 Welcome to the wonderfully wacky world of Liz Climo where the world's animals have the most wonderful personalities you could ever imagine. We're happy to report that the artist, who we introduced you to back last December, now has a book! The Little World of Liz Climo is jam-packed with her hilarious comics that feature everyone from grizzly bears to dinosaurs, rabbits to anteaters.

You'll find more than 100 comics from her Tumblr blog in this book as well as 50 brand new, never-before seen comics! There's a sweet foreward at the beginning, written by Liz's friend Bryan Konietzko, co-creator of Avatar: The Last Airbender. He shares that her illustrations have “no wasted lines, no extraneous background elements, only what is needed to tell the joke, pure and simple.”

You can buy the book at most retailers including Amazon and Barnes and Noble. Now, straight from the book (we were generously given our own copy!), here are some snapshots we took of our favorite comics. 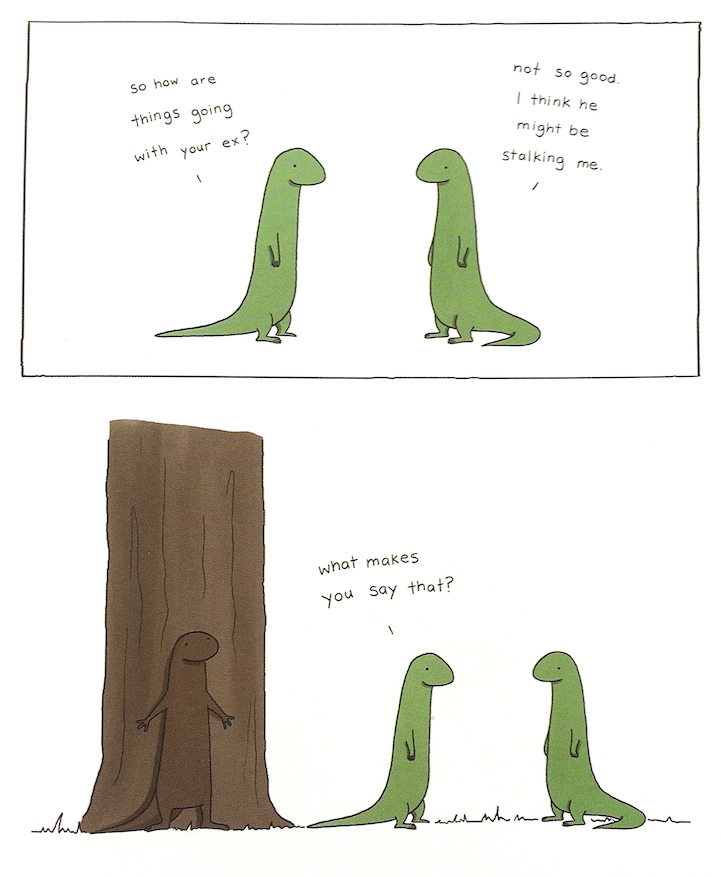 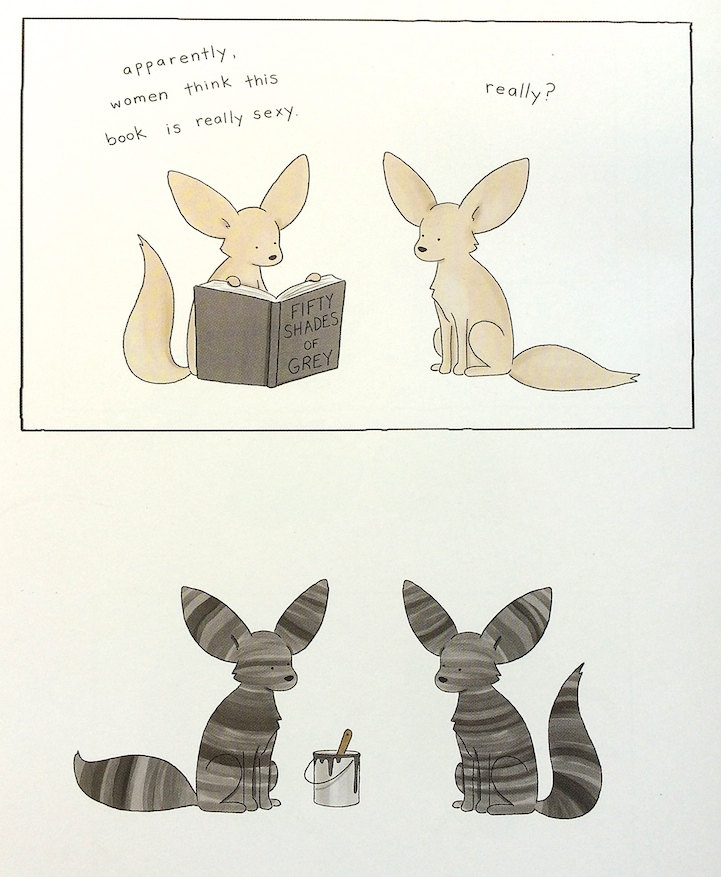 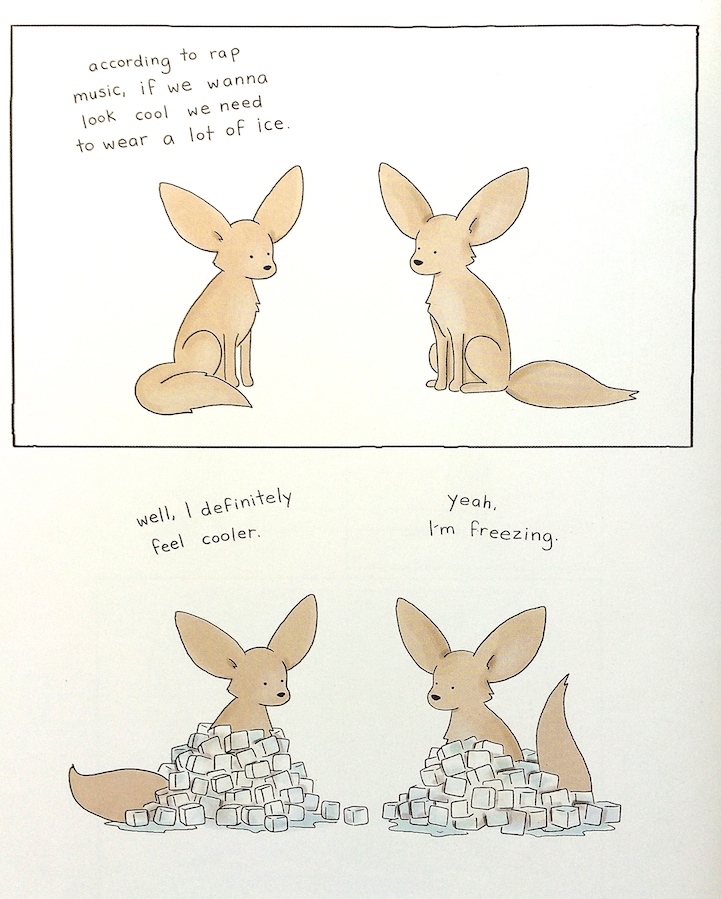 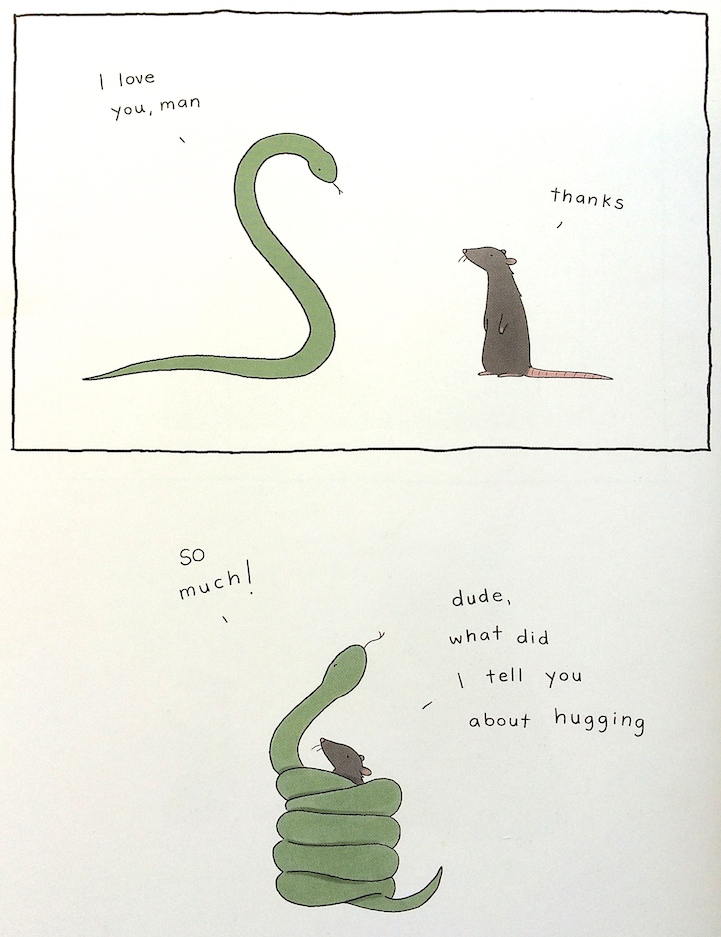 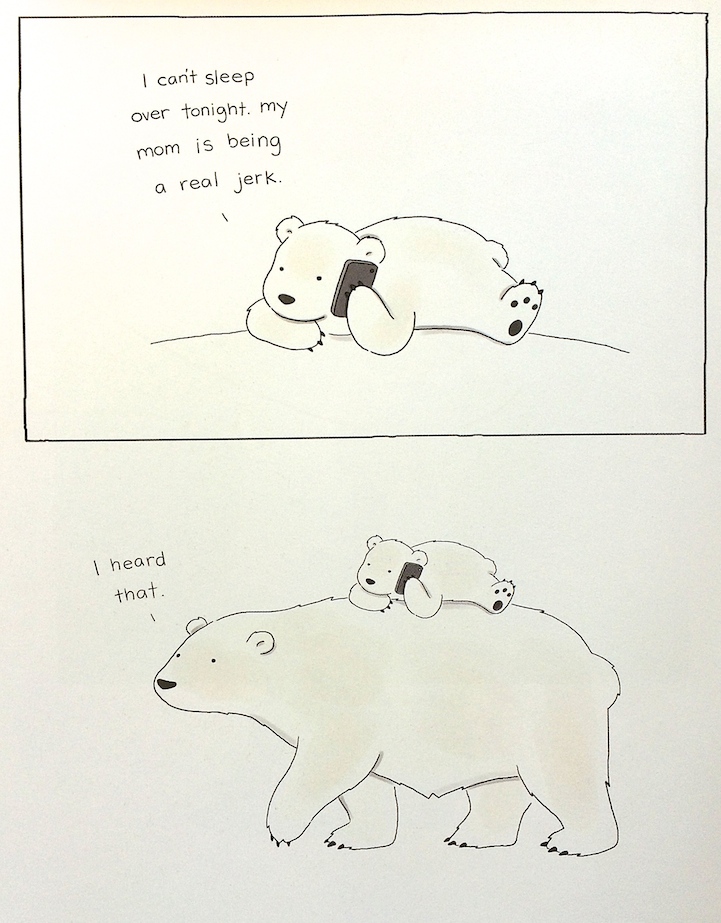 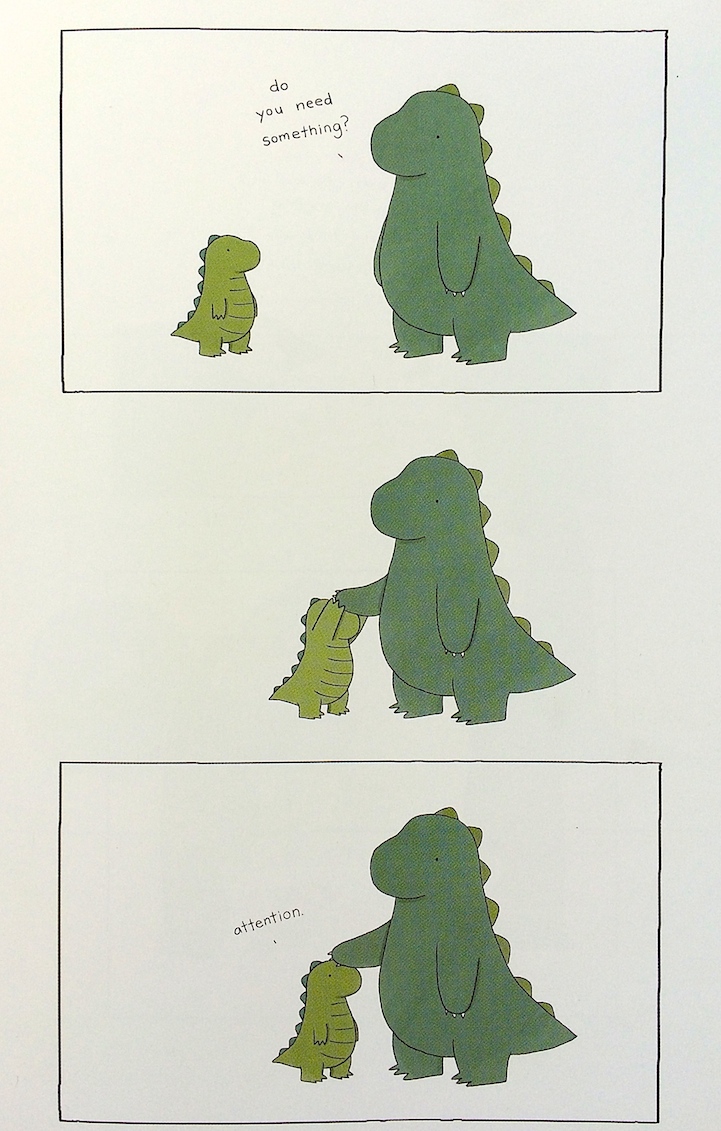 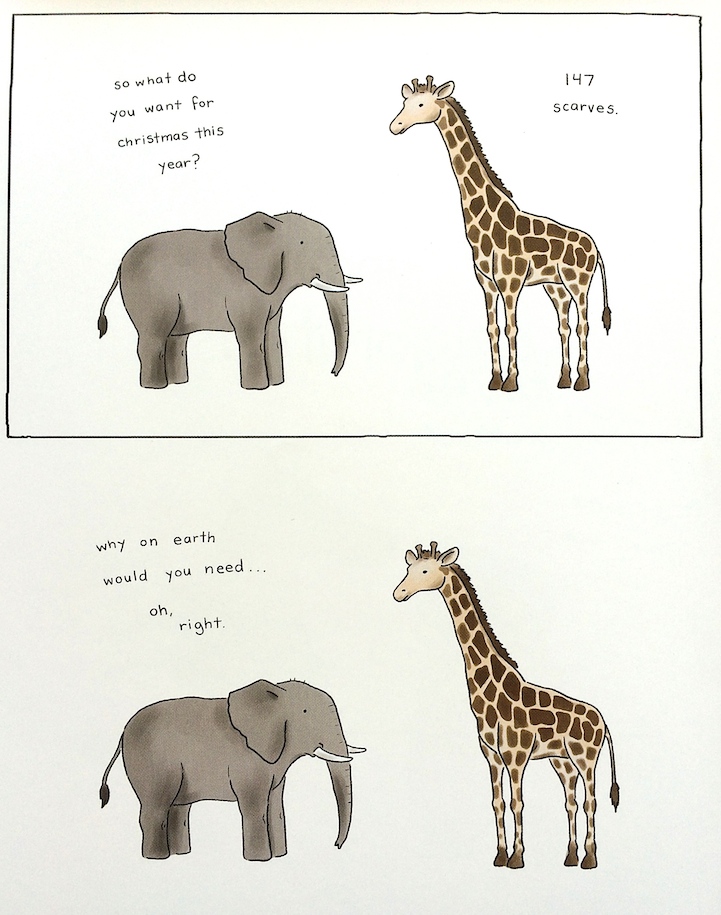 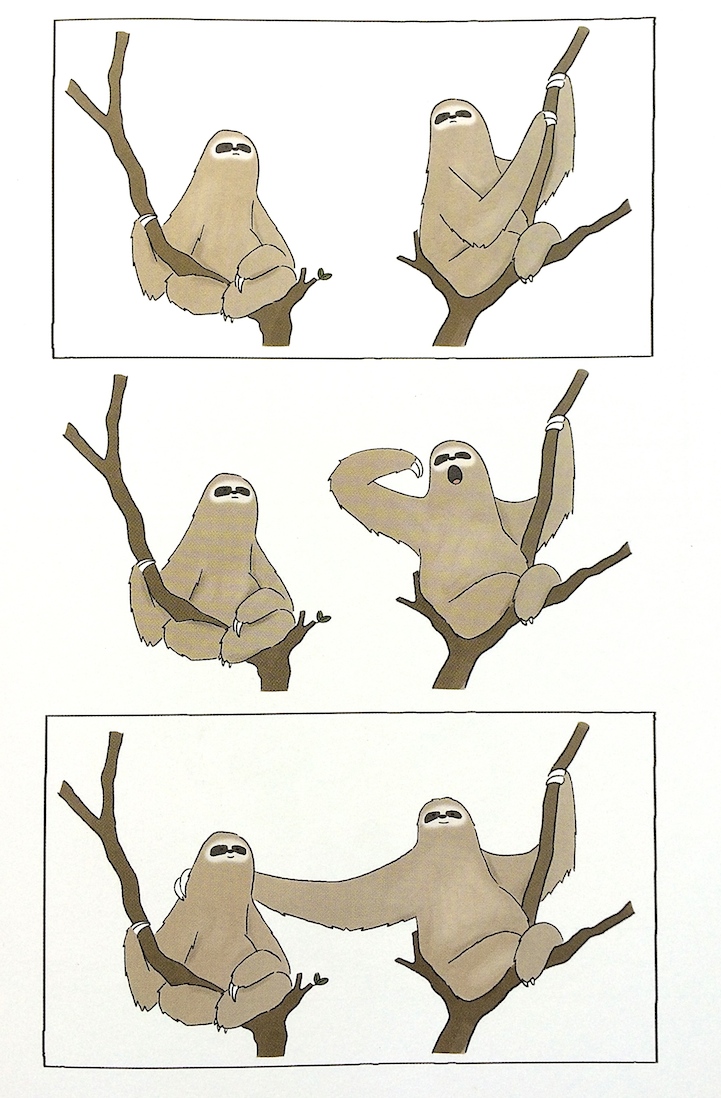 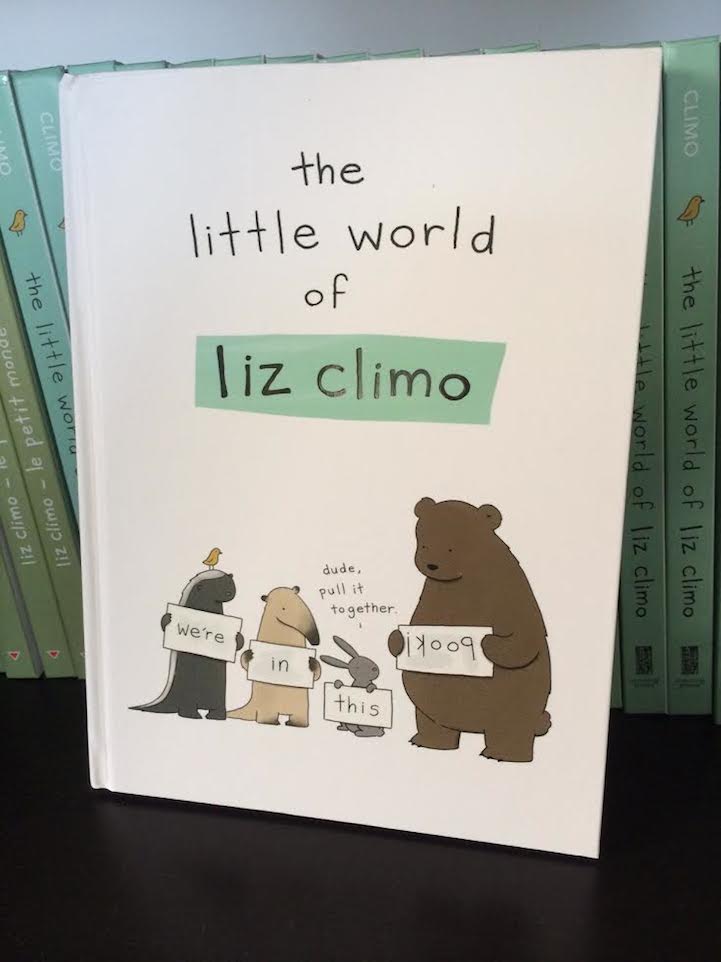