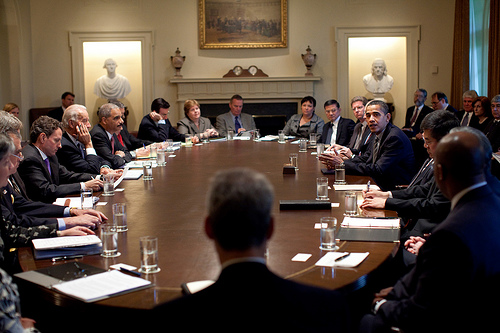 Just in time for the “100 days” milestone, White House photographer Pete Souza is sharing his official White House photos on Flickr with several hundred photographs from President Obama's first months in office. As of right now there are 293 uploaded pictures. Here are ten of my favorites. 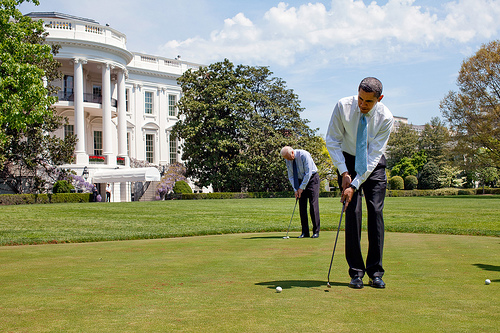 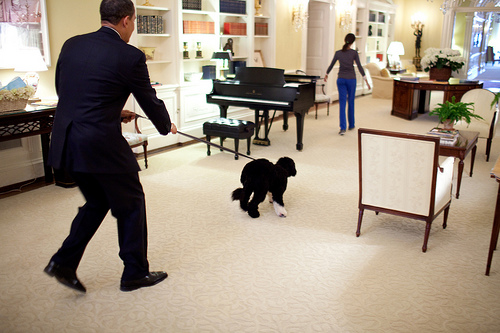 Who's Walking Who?: President Barack Obama walks the family dog “Bo” on a leash April 14, 2009, through the Private Residence at the White House. 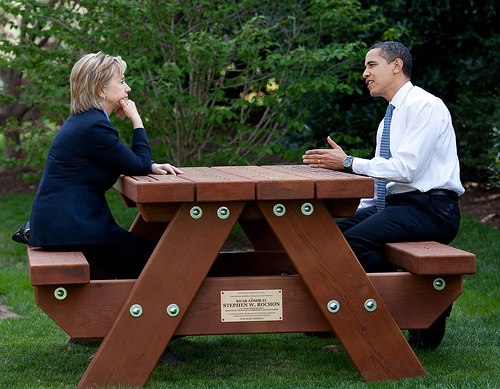 Casual Conversations: President Barack Obama and Secretary of State Hillary Rodham Clinton speak together sitting at a picnic table April 9, 2009, on the South Lawn of the White House. 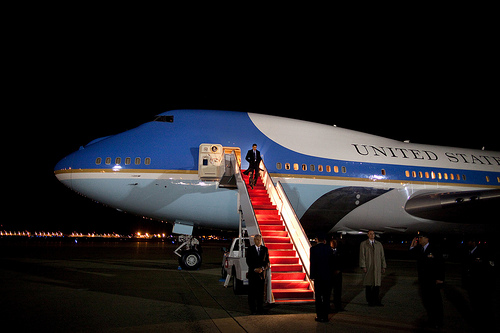 That's My Ride: President Barack Obama makes his way down the stairs of Air Force One April 8, 2009, upon his arrival to Andrews Air Force Base returning from Baghdad, Iraq. 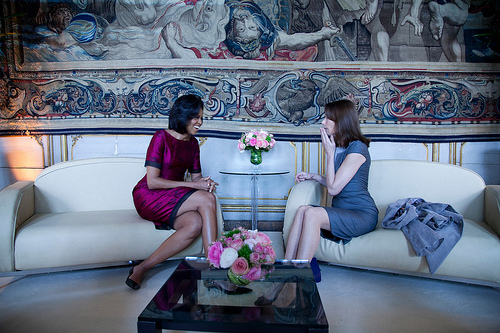 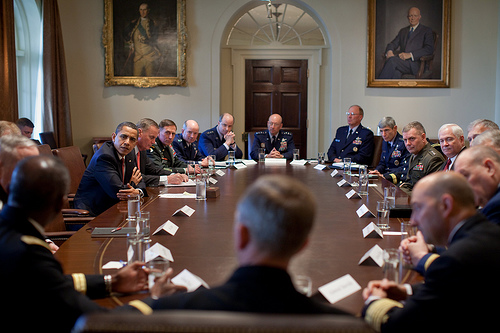 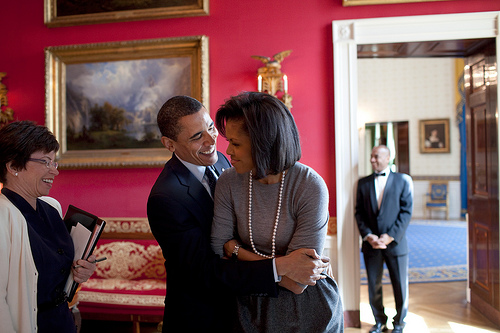 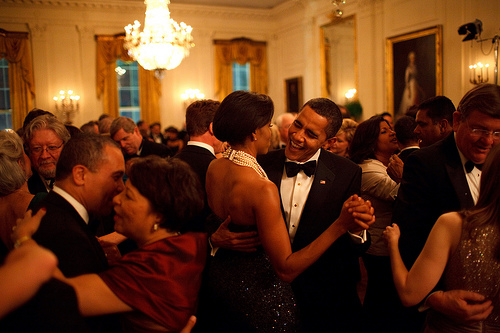 A Black Tie Affair: President Barack Obama and First Lady Michelle Obama dance while the band Earth, Wind and Fire performs at the Governors Ball in the State Dining Room of the White House 2/22/09. 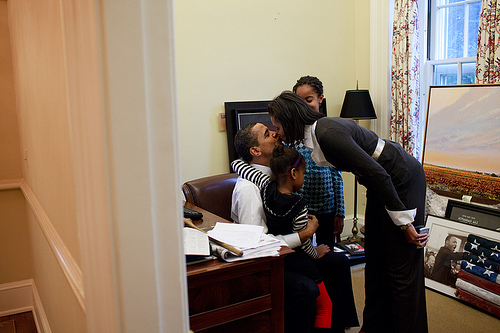 It Always Comes Back to Family: President Barack Obama visits with his daughters Malia and Sasha and kisses his wife, First Lady Michelle Obama, in a private study off the Oval Office 2/2/09