While Dalí completed The Persistence of Memory at just 28 years old, he continued to revisit the painting's popular melting clock motif for decades. This prevailing theme is apparent in several painted, printed, and sculpted pieces from later in the artist's career.

Dalí created The Disintegration of the Persistence of Memory in 1954. As made clear by both its title and its content, the painting is a reinterpretation of the classic canvas. While the composition is roughly the same, the scene has been submerged in water and the foreground has been separated into a grid of blocks. Additionally, though the “soft watches,” bare tree, face-like form, and craggy coastline appear in the piece, several new subjects—including a fish and a series of missile-like horns—have been curiously introduced.

To Dalí, revisiting existing subject matter was an intrinsic aspect of his art, as he claimed: “those who do not want to imitate anything produce nothing.” 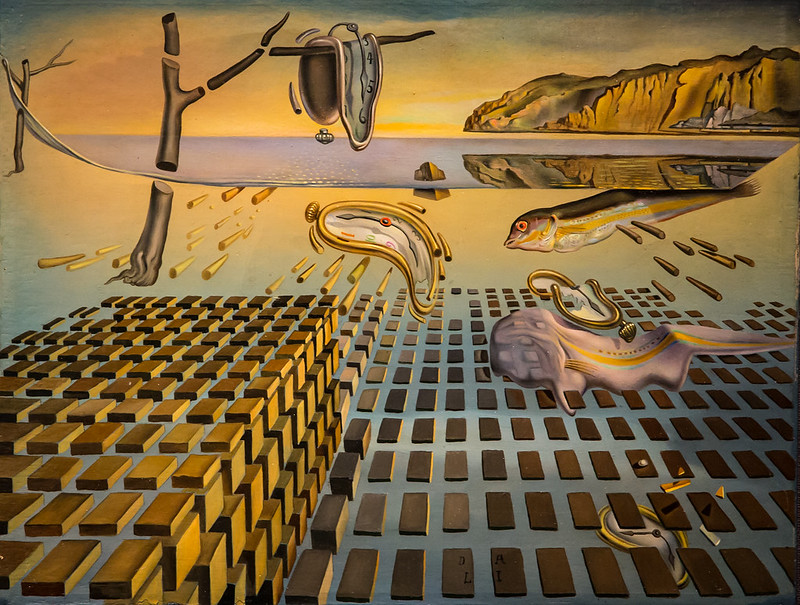 The Disintegration of the Persistence of Memory, 1954

Dalí also included iconography from The Persistence of Memory in his later lithographs. Specifically, he incorporated melting clocks in Time Suite, a series of prints. Created in 1976, this collection was inspired by jewelry, and include six lithographs: Tear of Time, Stillness of Time, Desert Watch, Desert Bracelet, American Clock, and Barometer Woman.

In addition to painting, Dalí is also known for his surreal sculptures. Throughout his career, he designed several sculpted works inspired by his melting clocks. Today, limited edition reproductions of these pieces are available for purchase, and large-scale versions are installed in public areas for all to enjoy. 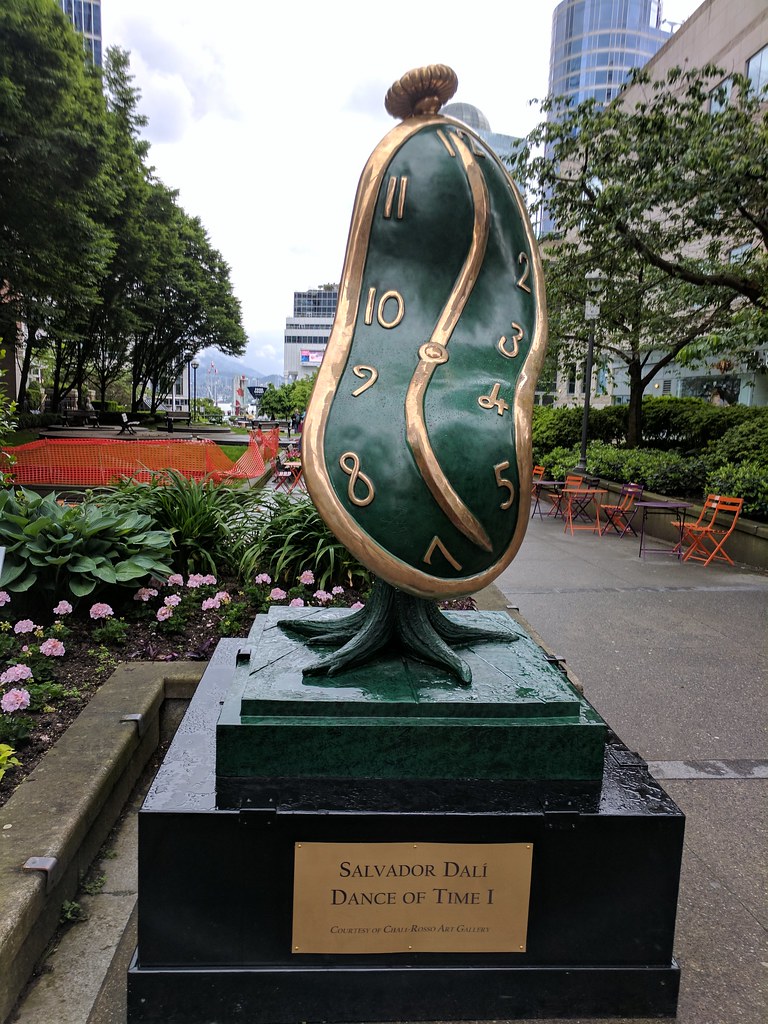 If you'd like to get your hands on your own Dalí-inspired sculpture (without breaking the bank), check out Amazon for a wide selection of melting clocks. And, for the ultimate surreal set-up, pair one of these peculiar desk accessories with a silly Salvador Dalí action figure or quirky Kokeshi doll.

The Persistence of Memory Today

Since 1934, The Persistence of Memory has been housed by the Museum of Modern Art in New York City. Fittingly, the curious painting has a perplexing provenance, as it was gifted to the museum by an anonymous donor. Now, thanks to this mysterious donation, The Persistence of Memory has been a highlight of the museum's holdings for over 80 years—and will undoubtedly remain in the collection for generations to come.