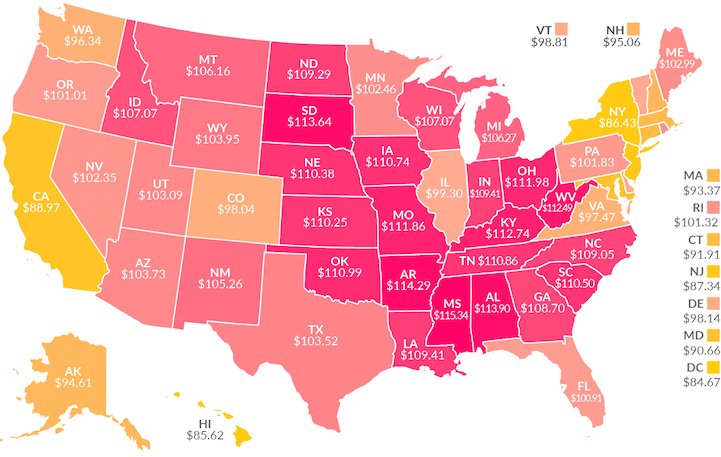 The United States varies greatly in its cost of living—some places pay a much higher price for their day-to-day life than others. In states such as New York and California, residents must earn more to have the same overall standard of living as they do in Alabama or South Dakota. To put this idea into perspective, the Tax Foundation recently revealed the real value of $100 in each of the 50 United States. The results, while not entirely unexpected, are an eye-opening look at how much your money is (or isn’t) worth around the country.

To produce the infographic, the Tax Foundation used data from the Bureau of Economic Analysis who tracked this occurrence for the last two years, and they recently published data for prices present in 2014. The Tax Foundation then adjusted the value of $100 to show its relativity from state to state.

In places like Arkansas and Mississippi, your money has a lot more bang for its buck—$100 spends more like $114 or $115. Conversely, areas such as Washington, D.C. and Hawaii take a fiscal hit—the same $100 is only worth $84 or $85. Often, with the higher cost of living means higher salaries to compensate, but the Tax Foundation points out that this isn’t always true. “Some states, like North Dakota,” they write, “have high incomes without high prices.”

So, how far does your dollar go? 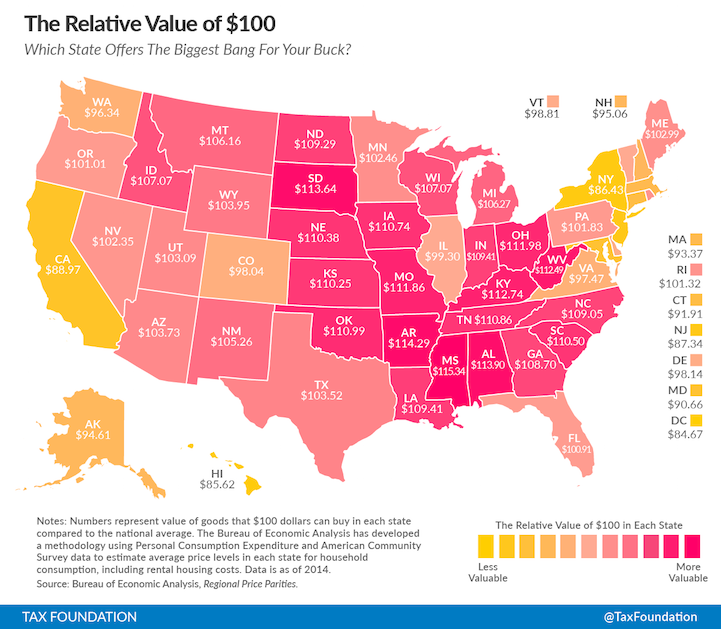 After adjusting for “purchasing power,” Nebraska has a higher average income than California does: 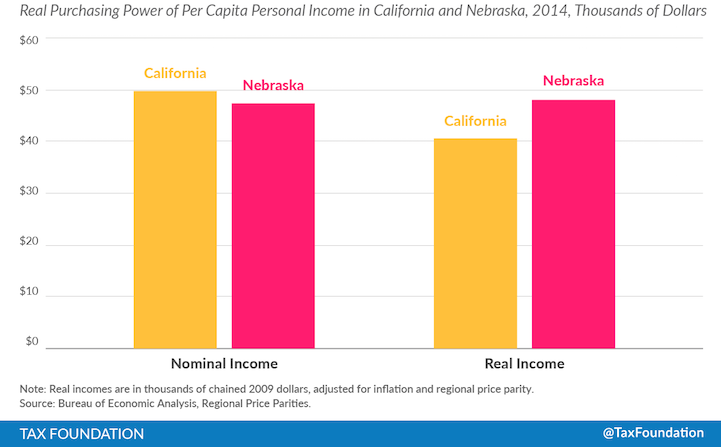