Designer Drills Holes into Quarters, Turns Them into Rings 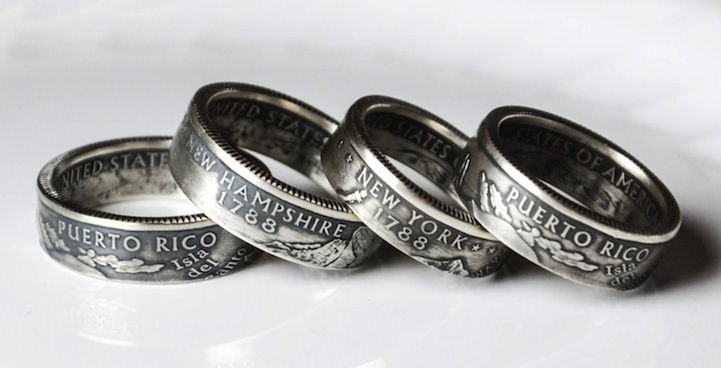 Designer Nicholas Heckaman of The Ring Tree meticulously handcrafts detailed rings out of US coins. The Gainesville, Florida-based designer first discovered his skill when he was looking for the perfect ring to propose to his girlfriend with. He managed to create a special engagement ring out of a silver coin with a hammer and “a lot of patience.”

After crafting that first ring and being able to show it off to admiring friends and family, Heckaman was encouraged to craft more. Thus, he embarked on an ongoing project, continually perfecting his craft and expanding his collection of coin rings. Unlike his smooth engagement ring, though, he began focusing on producing rings that maintain the coin's original designs on both sides. Heckaman says, “It took some trial and error, some failed attempts, and a bit of frustration, but I finally got my first double-sided coin ring.”

Heckaman's coin rings are available to purchase through his Etsy shop, though he's recently had to set the online store on “vacation mode” due to the high number of orders he's been receiving. In the meantime, check out his step-by-step process, below. 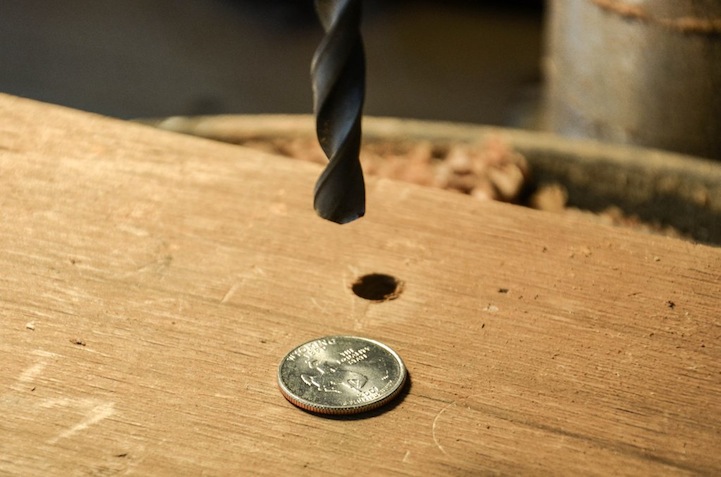 Find the coin you want to use. Quarters are probably the easiest to do. 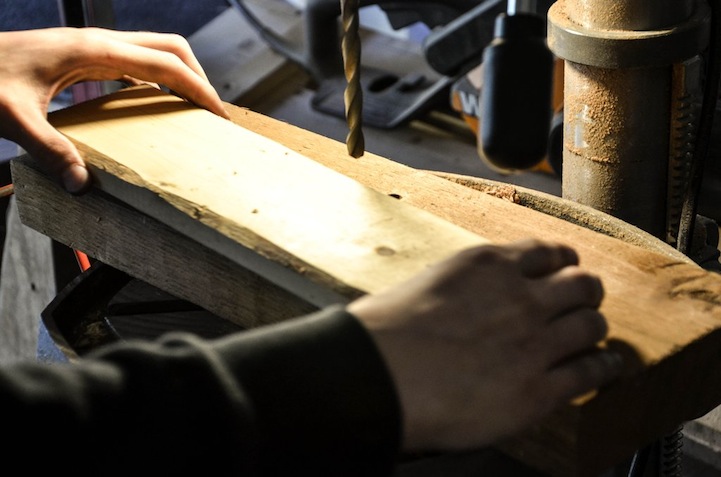 Find some way to make sure you get the hole perfectly centered. If it's off center, it makes for a difficult ring. 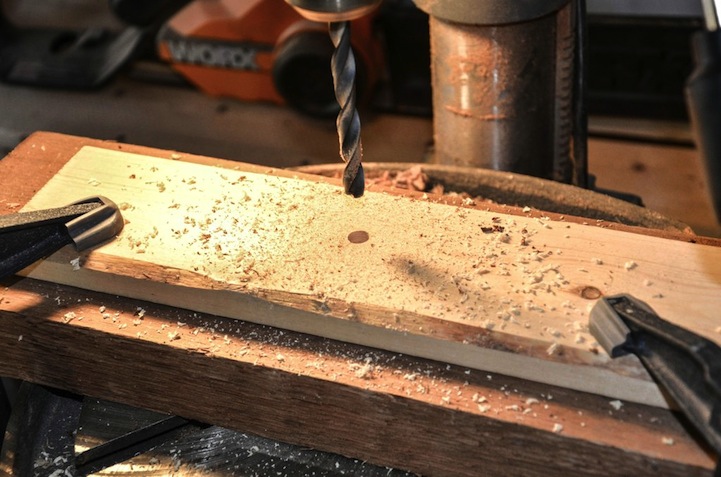 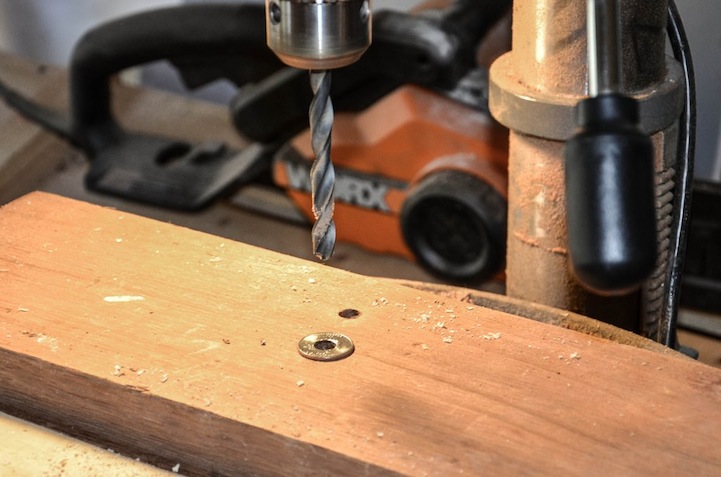 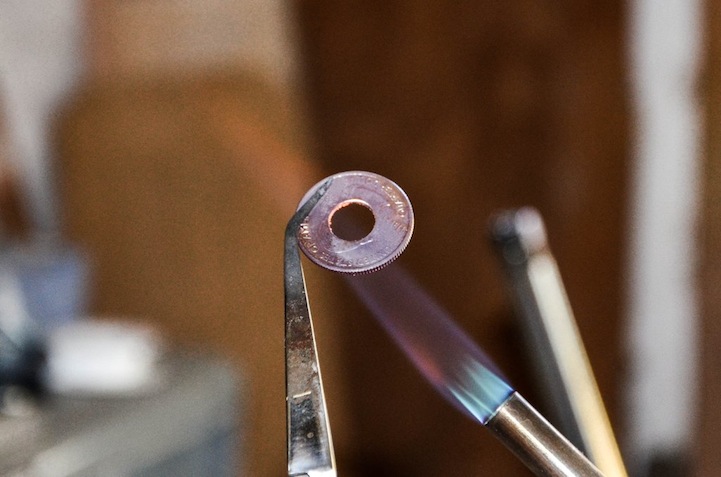 Heat it up so it's easy to work with. 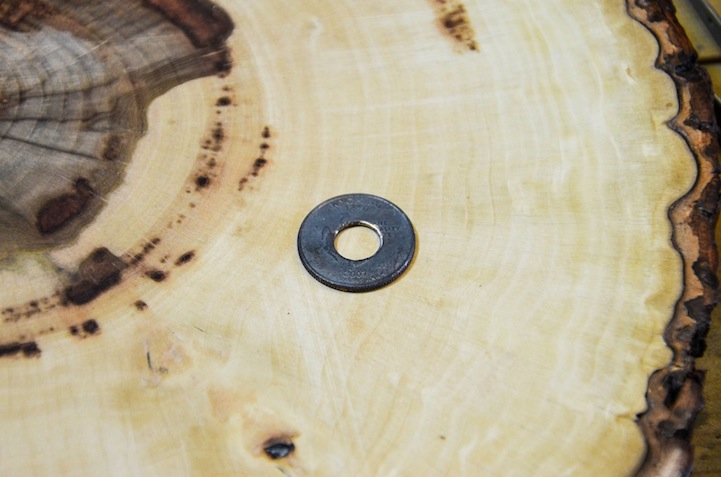 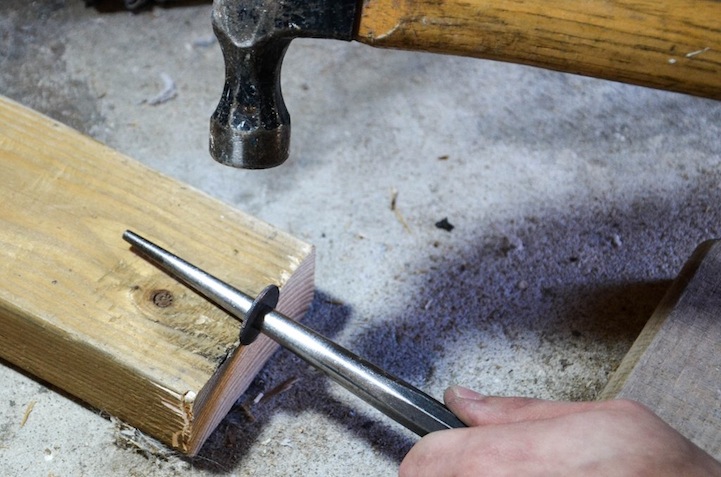 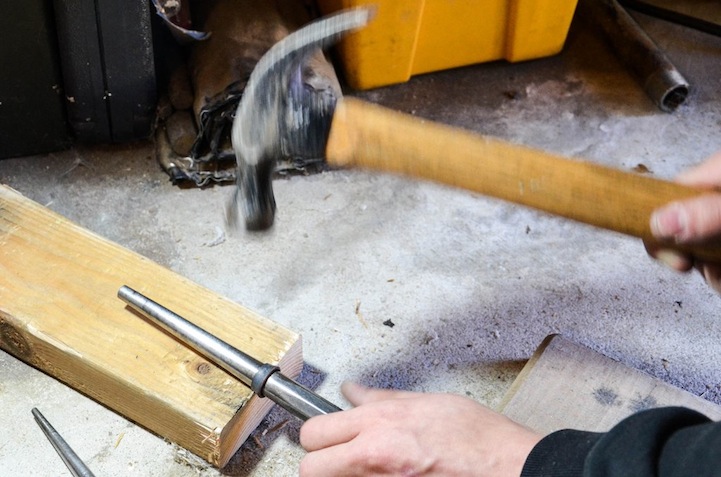 Hammering is the hardest and most tedious part of the process, it takes quite a few rings to get this technique just right. 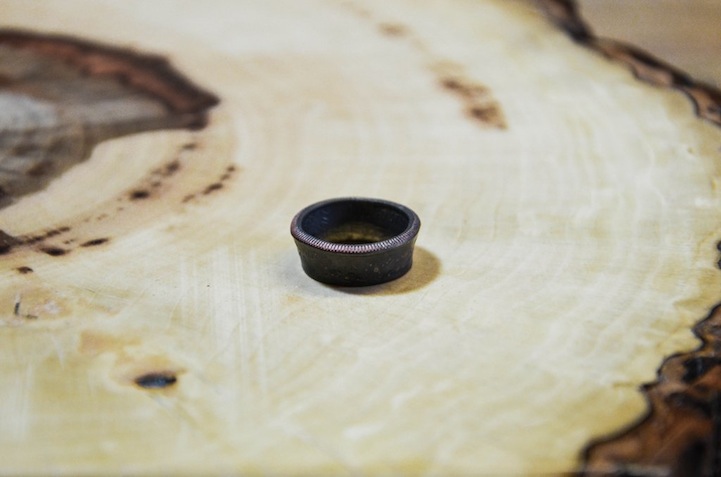 After awhile, you should end up with something like this. 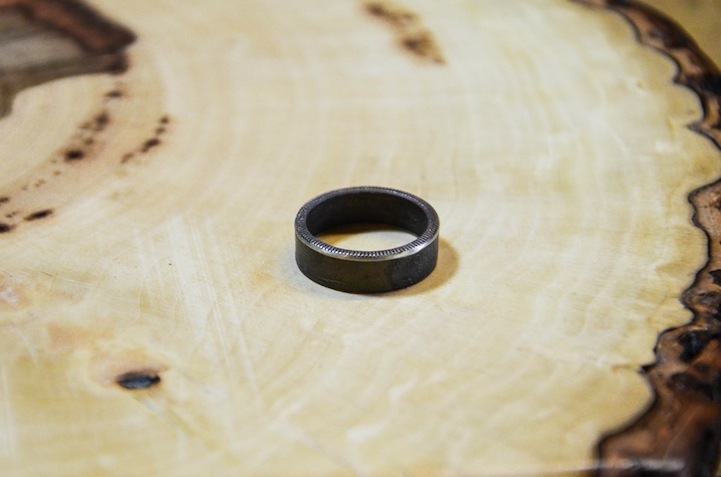 Continue to apply heat and hammer until you get a solid ring shape. The top edge in this one has already begun to be polished. 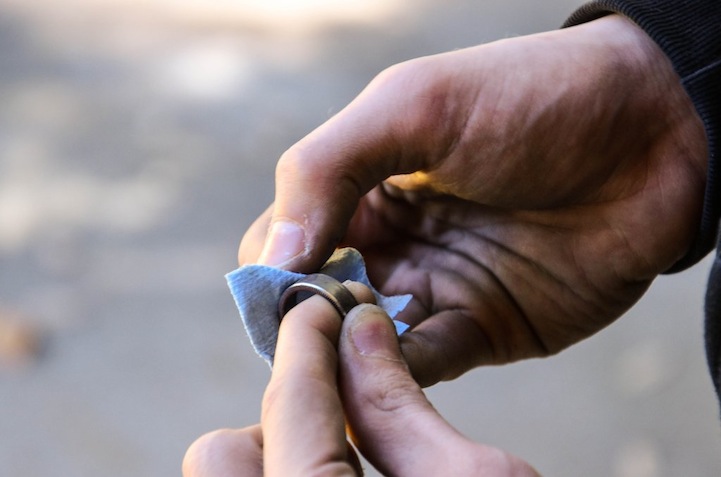 Second hardest part of the process, polishing it without losing all the detail. 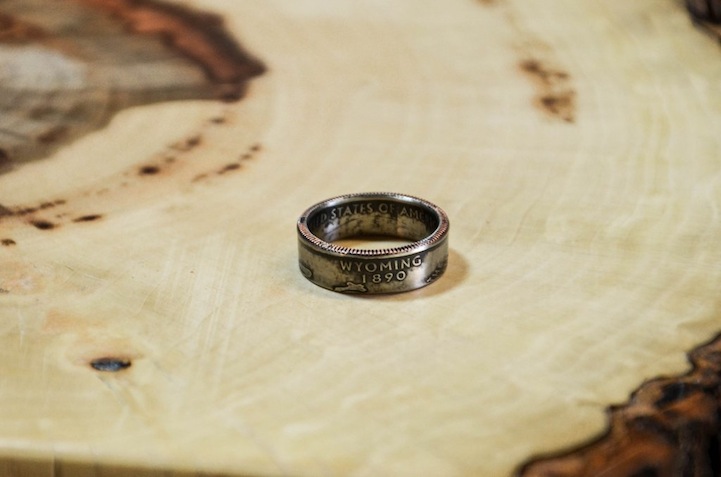