THE WEEKEND EXPERIENCE – ART+CULTURE: The World We Live In by Todd Schorr 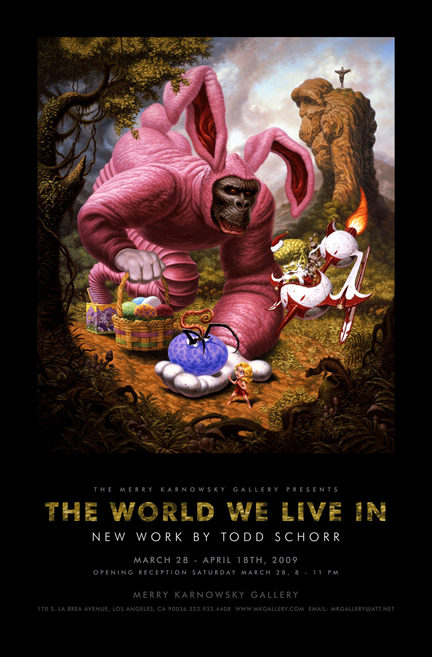 In this weekend's art+culture pick, the Merry Karnowsky Gallery in Los Angeles presents new works by renowned American artist Todd Schorr. One of the most prominent pop surrealist painters working today, Schorr uses old-school techniques to paint colorful cartoon characters and pop culture icons in a unique style he calls “cartoon realism.” Todd's solo exhibit runs until April 18th, with the opening reception on March 28th from 8pm-11pm. “Like any artist of worth, it took many long years of struggle and investigative thought along with trial and error as well as constant honing of technique to reach the point where I felt I had created a language which, when spoken well, would command some semblance of purpose. I work in what is best described as a surreal style but filtered through the mind and eyes of what is, for better or worse, uniquely American.” – Todd Schorr