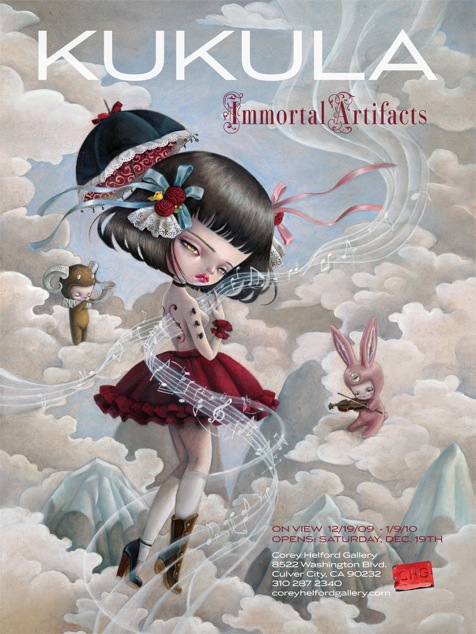 Kukula was born in a relatively isolated village about an hour north of Tel Aviv. Her few neighbors were mostly retirees, many of them Holocaust survivors. As a result her childhood imagination was nourished by both princess fantasies and World War II horror stories. Thus, the attempt to reconcile real life horror with fantasy life sweetness emerges as an almost constant theme in her work.

“Many people say that my characters resemble dolls. For me dolls represent immortal youth. But they are also the remains of something that has passed, and when they are antiques, of someone who has died. The first antique doll I bought was one produced by the German-Jewish firm Kammer & Reinhardt at the beginning of the twentieth century. While this delicate bisque doll survived two world wars, both the manufacturer and the original owner are gone forever. So the very immortality of any artifact is always reminiscent of the death of something intimately connected to it.”

Immortal Artifacts will run at Corey Helford Gallery in Culver City until January 9th, 2010, with the opening reception this Saturday, December 19th, 2009. 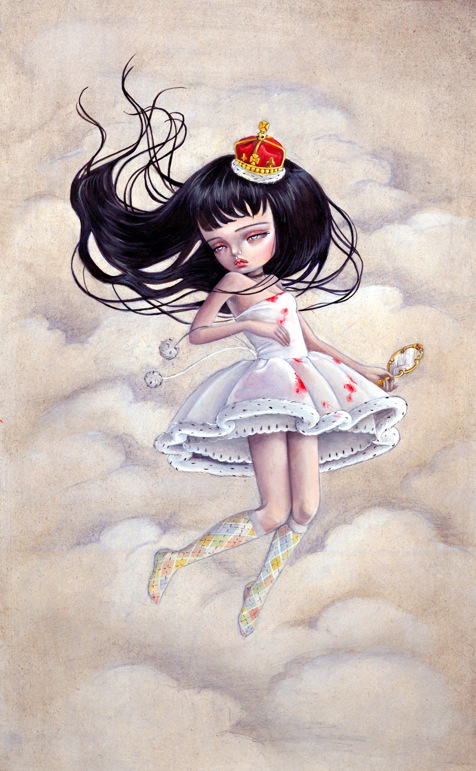 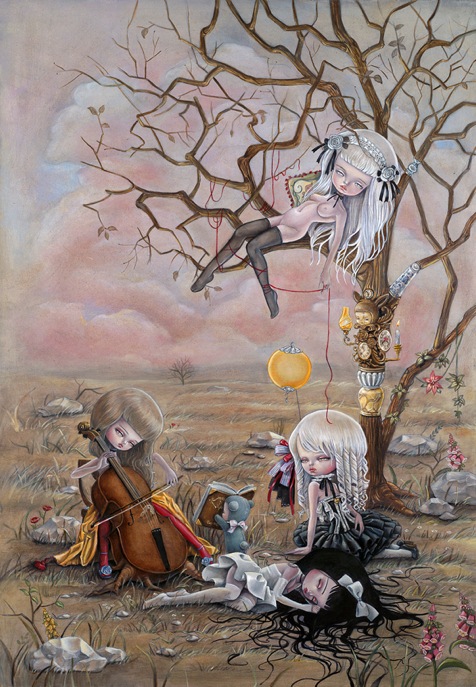 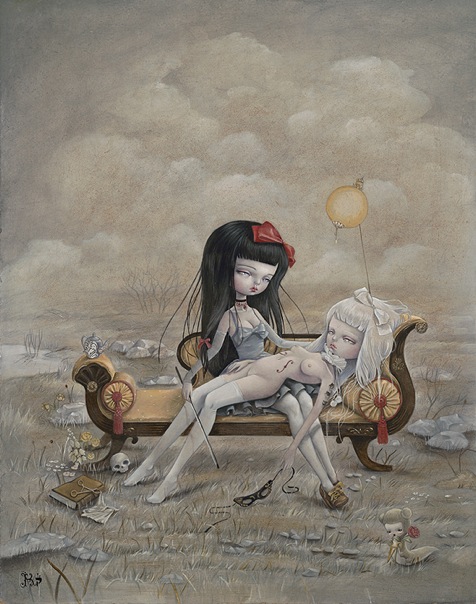 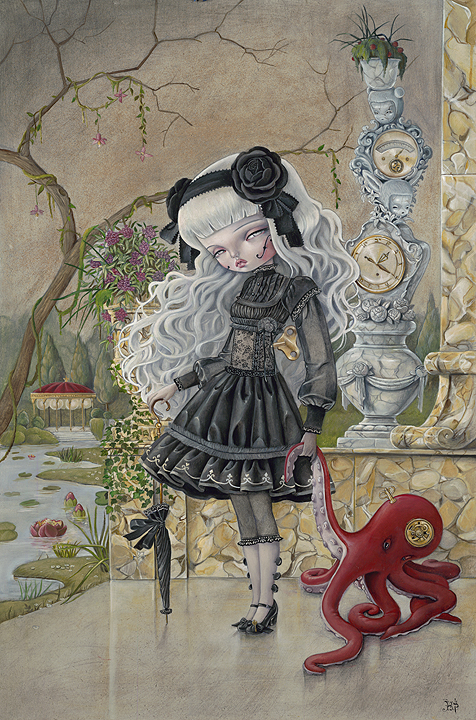