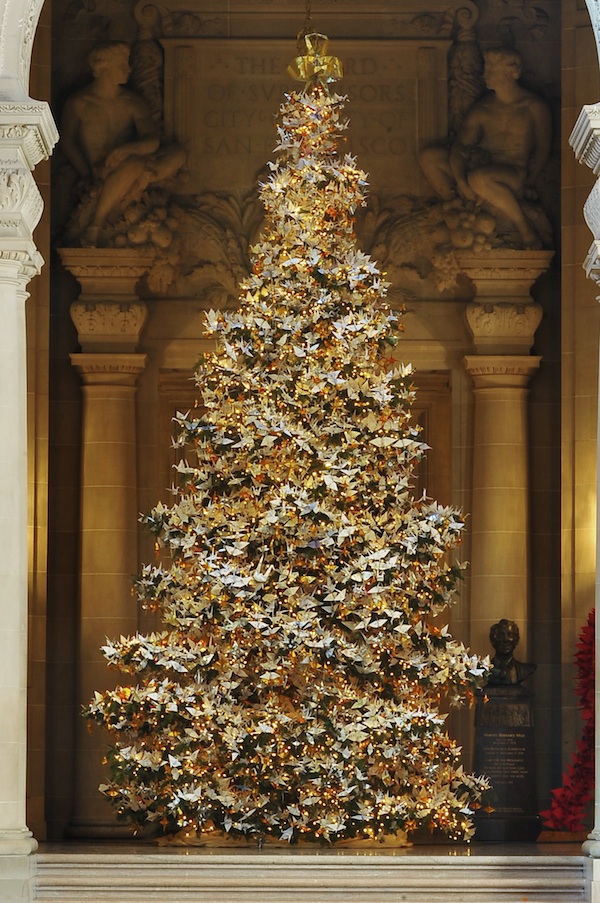 Have you heard about the The World Tree of Hope? Every December, thousands of origami cranes adorn a large, 20-25 foot Christmas tree in the Rotunda of San Francisco City Hall. These cranes aren't just there for decoration, they're inscribed with well wishes for the future. The holiday project that began in 2006 has since evolved into a global symbol of unity and hope for a better world. It is organized by the Rainbow World Fund (RWF), the only international humanitarian aid organization that is based in the lesbian, gay, bisexual, transgender (LGBT) community.

“The World Tree of Hope joins together individuals of diverse cultures, points of view, spiritual beliefs, socioeconomic backgrounds and sexual identities, and taps into two of our most powerful resources – the human mind and heart – to give individuals a way to join together to express our hopes and intentions for the future of our global community,” said Jeff Cotter, founder of the Rainbow World Fund.

Over the years, some notable wishes have included:

“A world for our children more just, more fair, and more kind than the one we know now.” – President Barack Obama

“I wish for a world where all people are treated with dignity, respect and equality – no matter who you are or who you love.” – Hillary Clinton, U.S. Secretary of State

Now, here are some photos of The World Tree of Hope as well as some close-up shots. This year, the tree features over 7,000 origami cranes and silver/gold stars, each containing a wish. Of course, this all begs the question: What's your wish for the world? 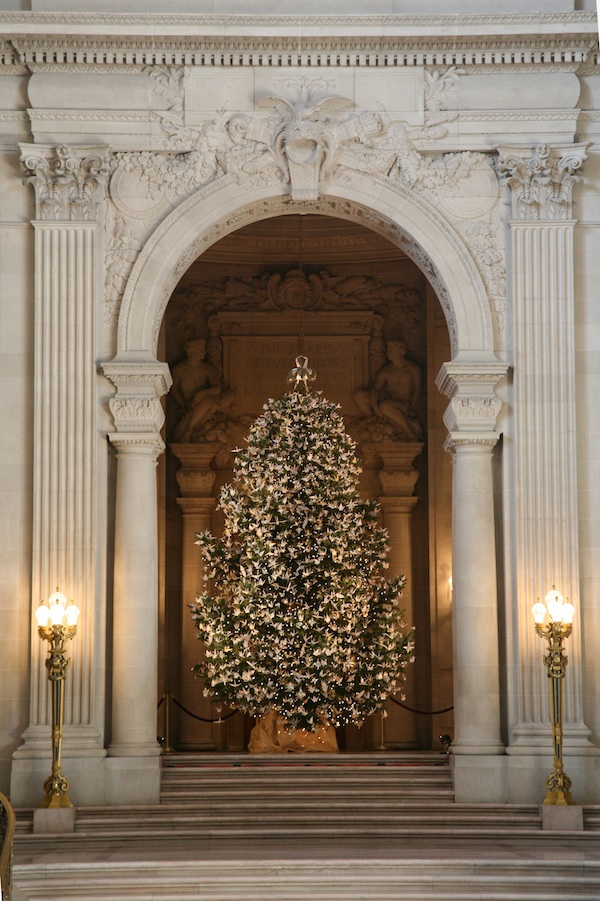 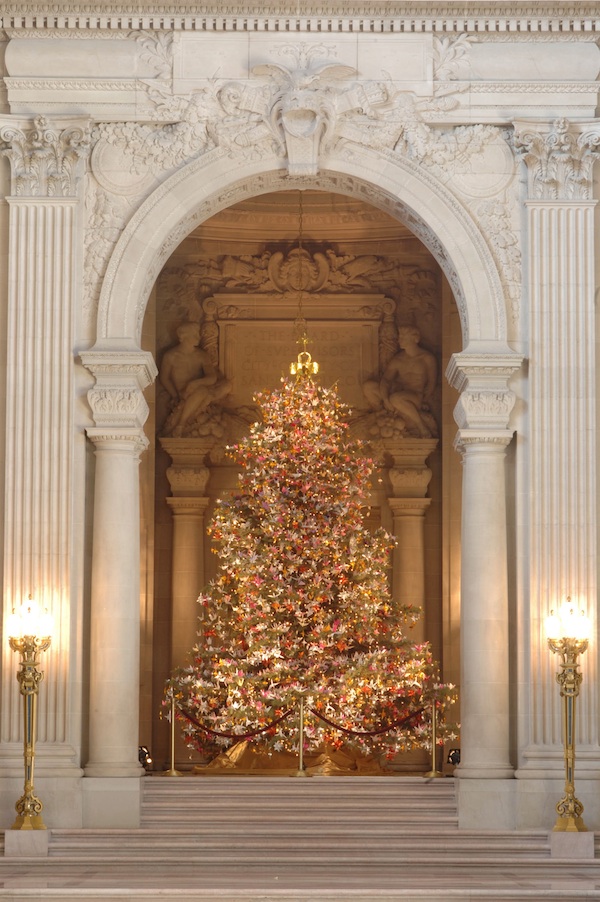 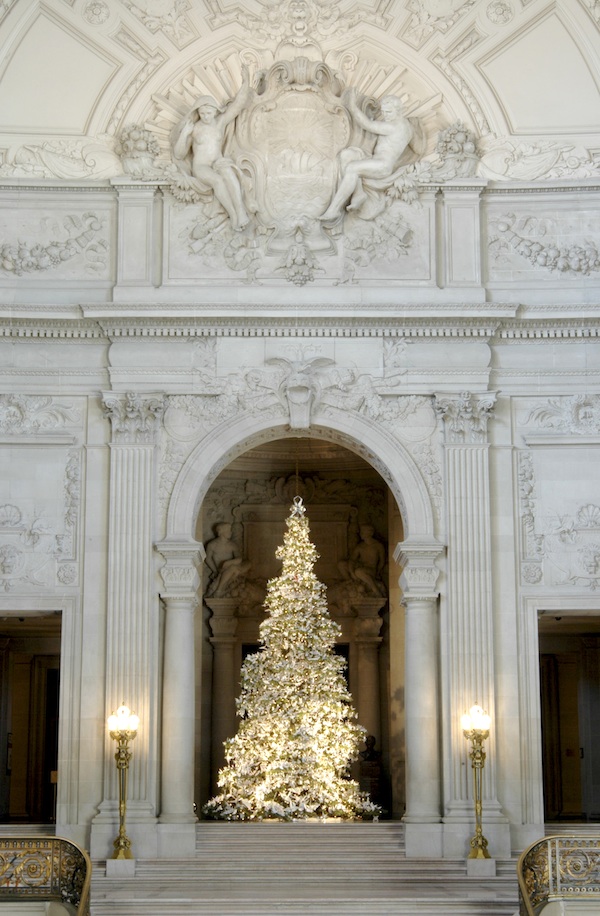 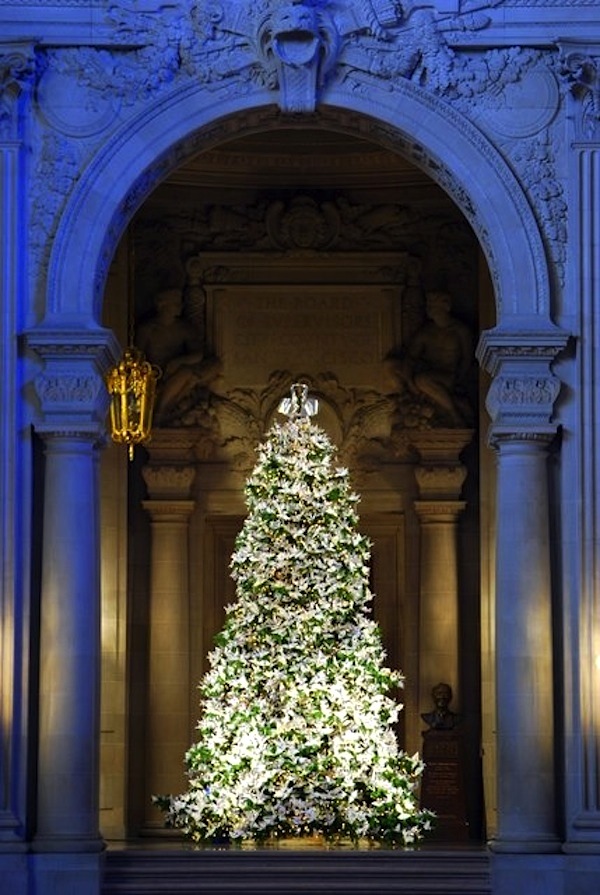 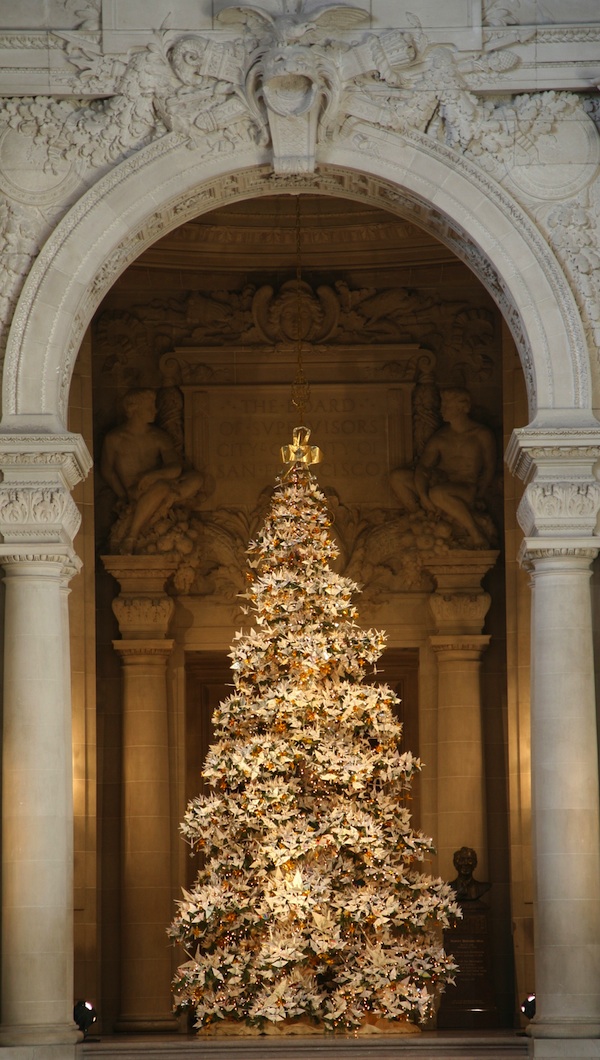 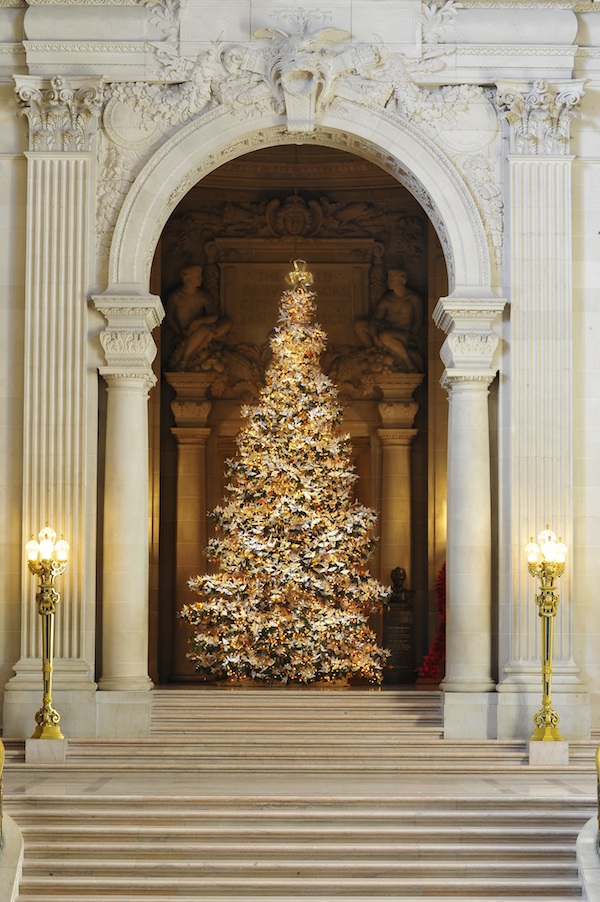 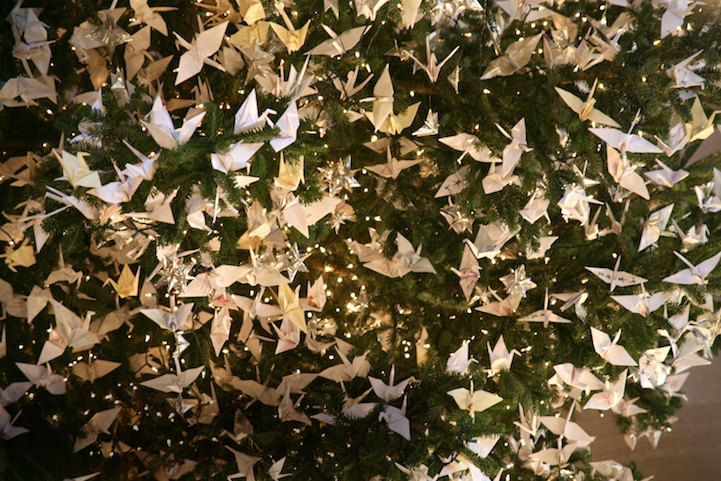 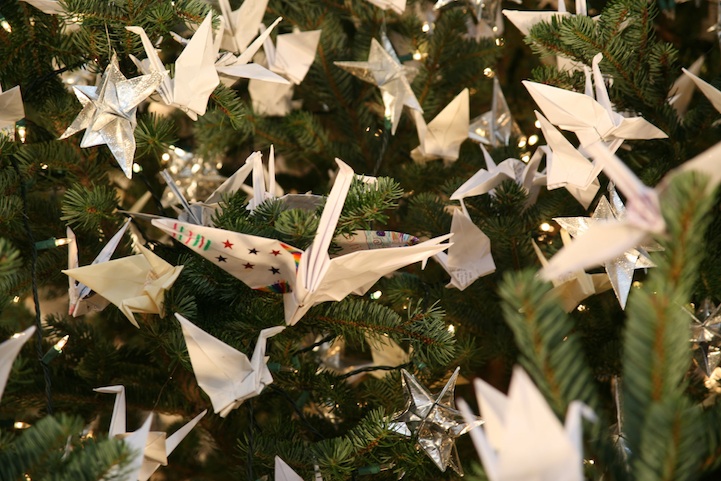 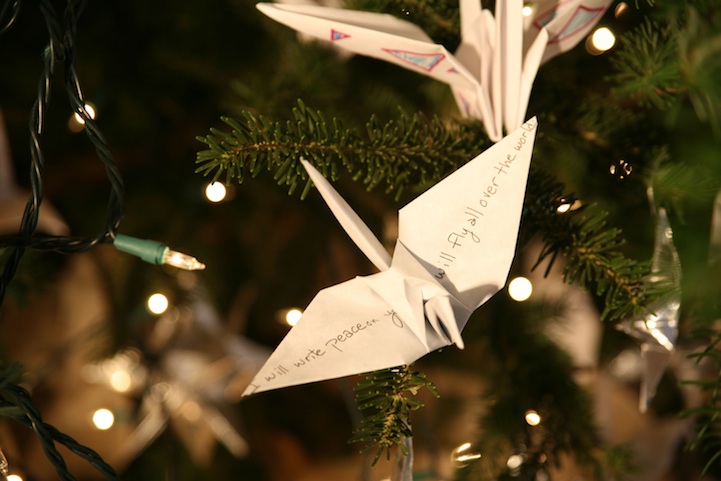 The tree has the distinction of being the world's largest annual origami tree. It will be on display in San Francisco's City Hall until the end of December. Love beautiful projects like this that bring people from all walks of life together.