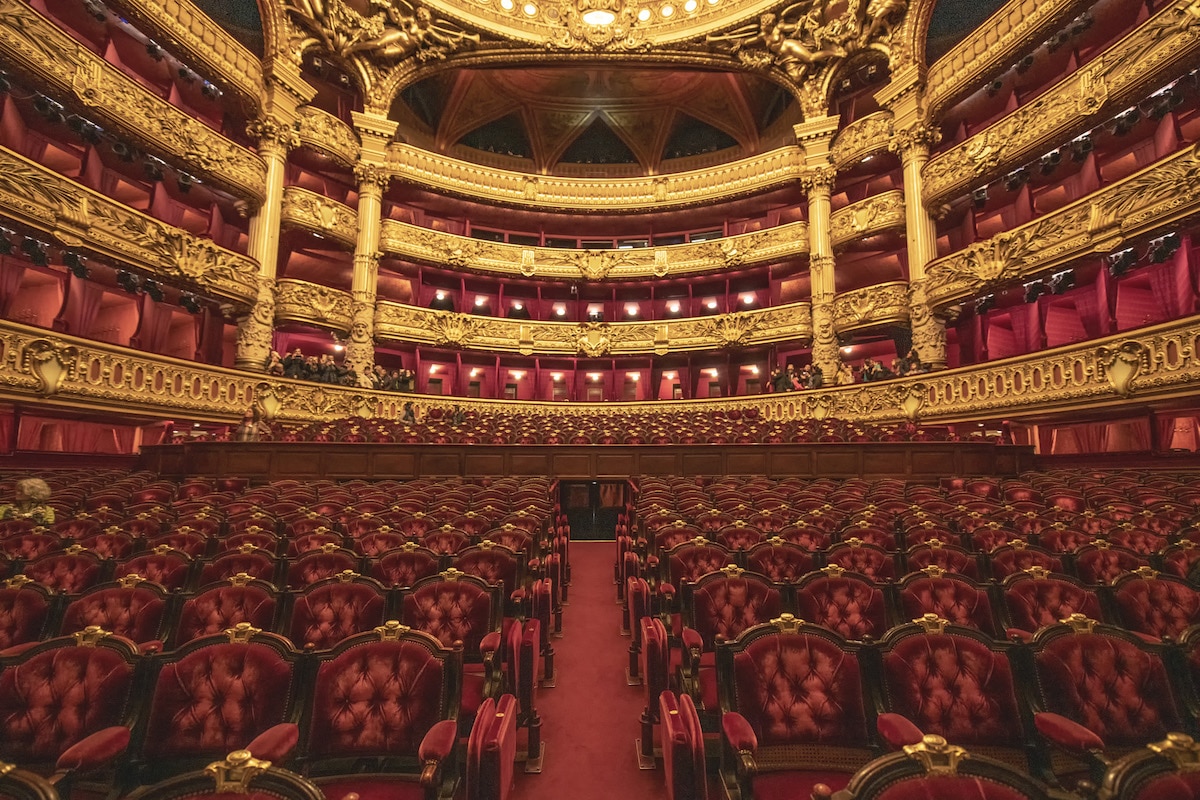 Paris Opera House, Paris, France
This post may contain affiliate links. If you make a purchase, My Modern Met may earn an affiliate commission. Please read our disclosure for more info.

Photographer Richard Silver has traveled the world photographing famous landmarks and iconic interiors. For over 3o years, his camera has been in hand documenting his adventures. His latest series of awe-inspiring images have his lens turned towards historic theaters around the globe.

Throughout the course of traveling to 94 cities, Silver has had plenty of time to scout unique photo opportunities. And fortunately, this not only includes the churches and libraries he loves to capture but theaters, too. By placing himself on the stage, his images give insight into how it must feel to perform in these iconic venues.

From opulent 19th-century theaters like Buenos Aires' Teatro Colon to more modern structures like Beijing's National Centre for the Performing Arts, each interior has its own story to tell. Thankfully, Silver's photographs give us the luxury of drinking in every detail of their intricate architecture. Whether it's rich velvet seating or ornate frescoes, each space houses details that are just as grand as the productions they host.

We had a chance to speak with Silver about these theaters and what projects he has coming up next. Read on for our exclusive interview. 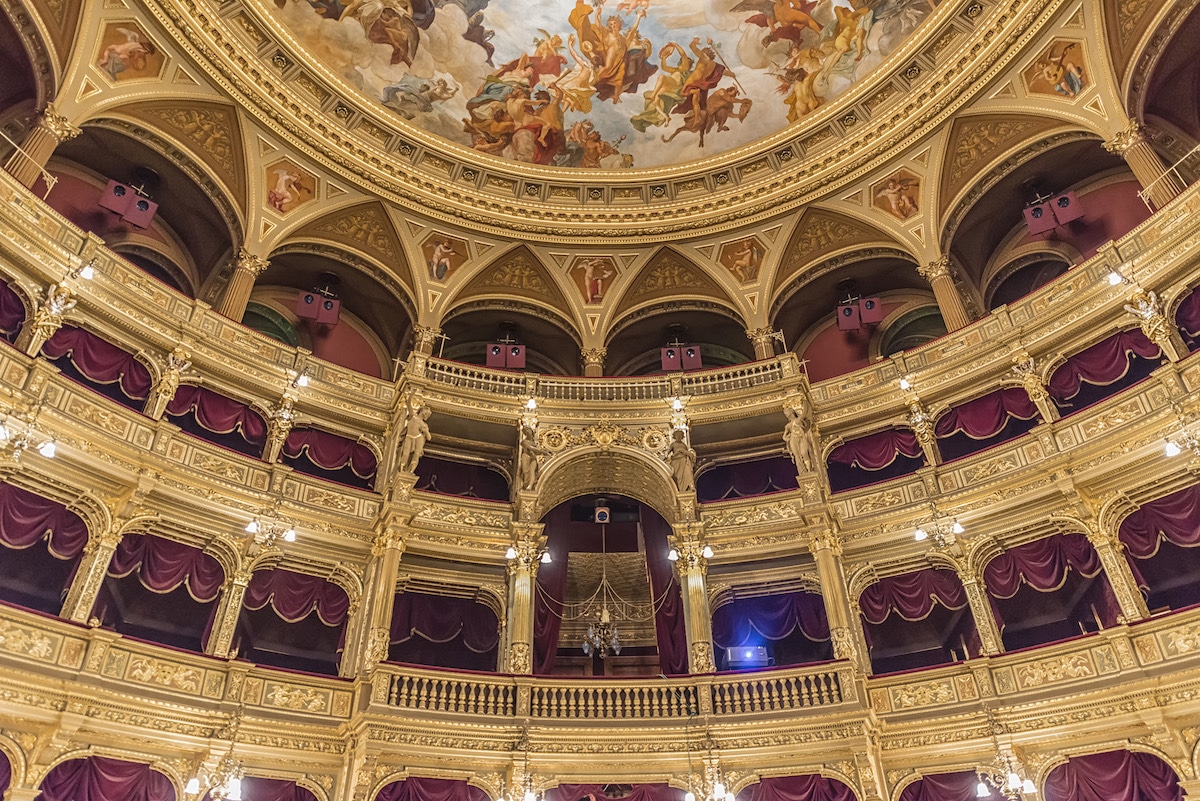 What inspired you to pursue a series about theaters? 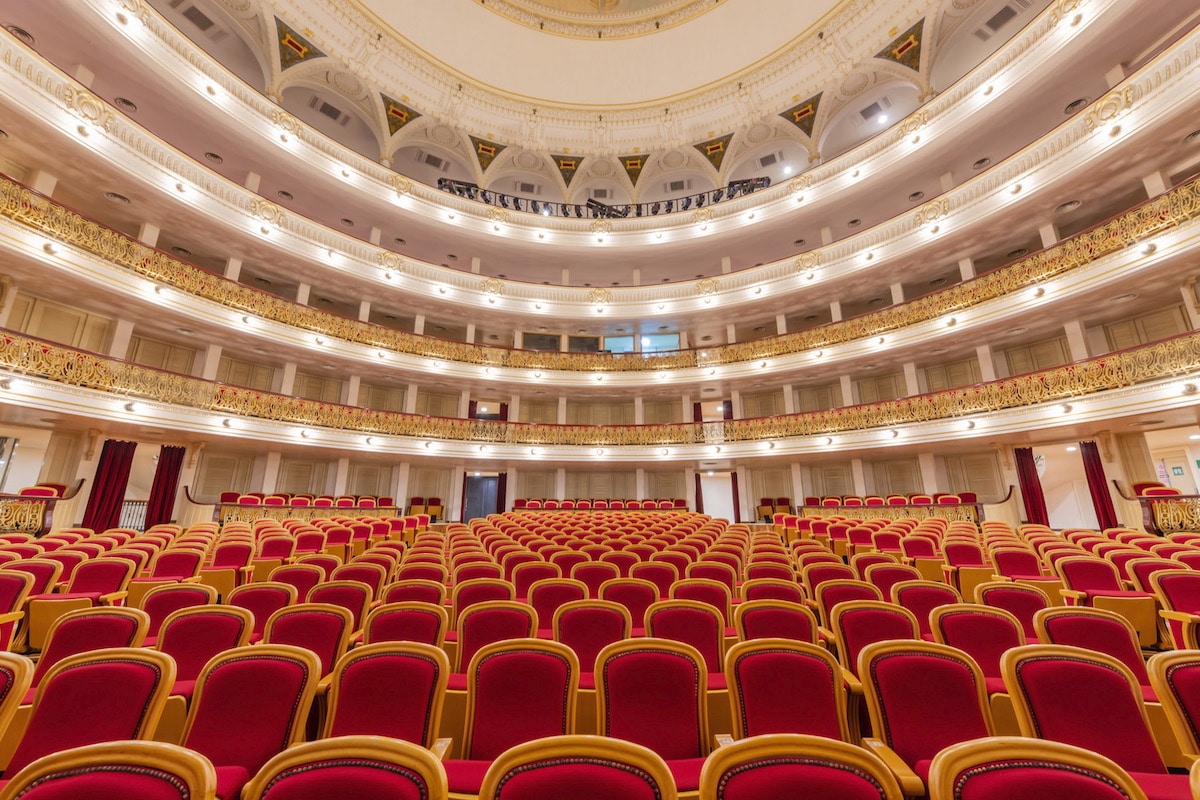 What do you enjoy about photographing interiors?

As a person, I have always had a fondness for the symmetry of the world. Maybe, because I am a Libra, I enjoy balance and fairness. So, as a photographer, when I get an opportunity to photograph beautiful, perfect symmetrical interior locations such as theaters, I get very excited to do so. 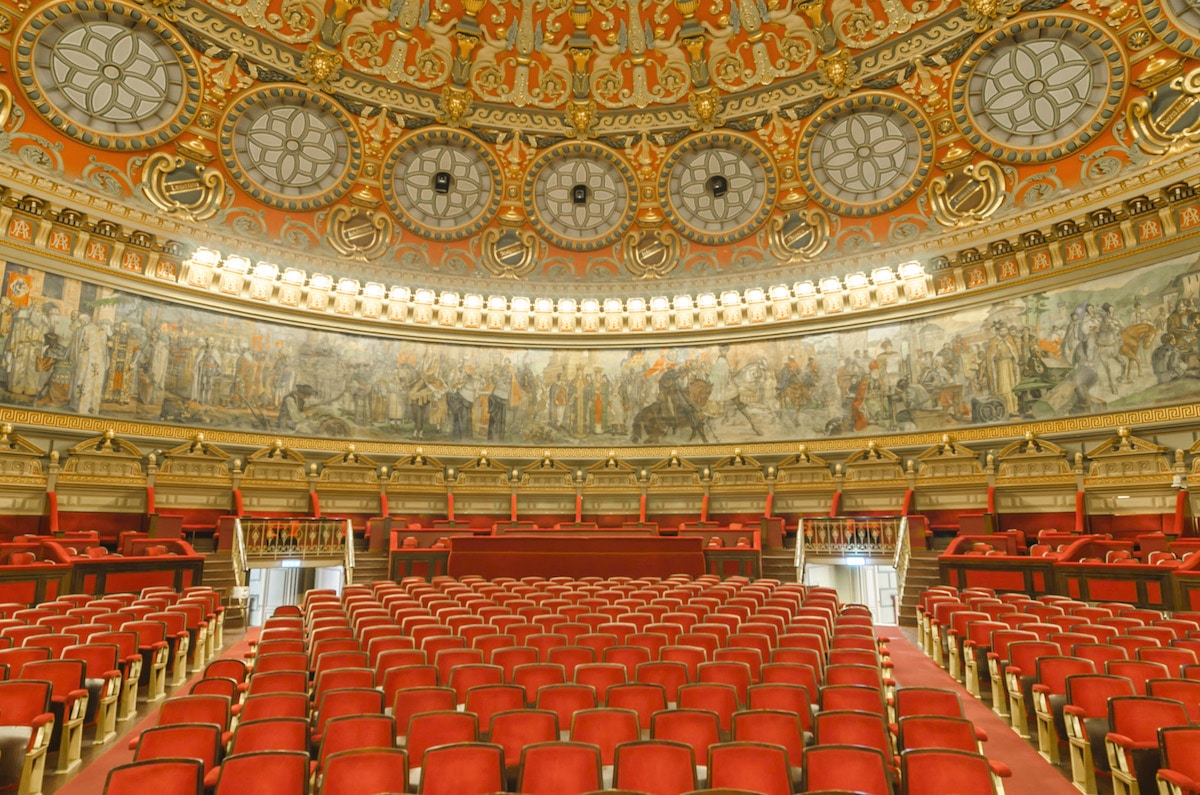 What type of story do you try to tell when taking photos of theaters?

For theaters there are two directions to take the photograph, one is looking at the stage and the other is the perspective of the theater from the performers' point of view. For this series, I only used the performers' perspective. Theaters are very open, large spaces, and trying to capture the full story in one image is difficult even with my wide lens, but I try and show the overwhelming vastness of the space. 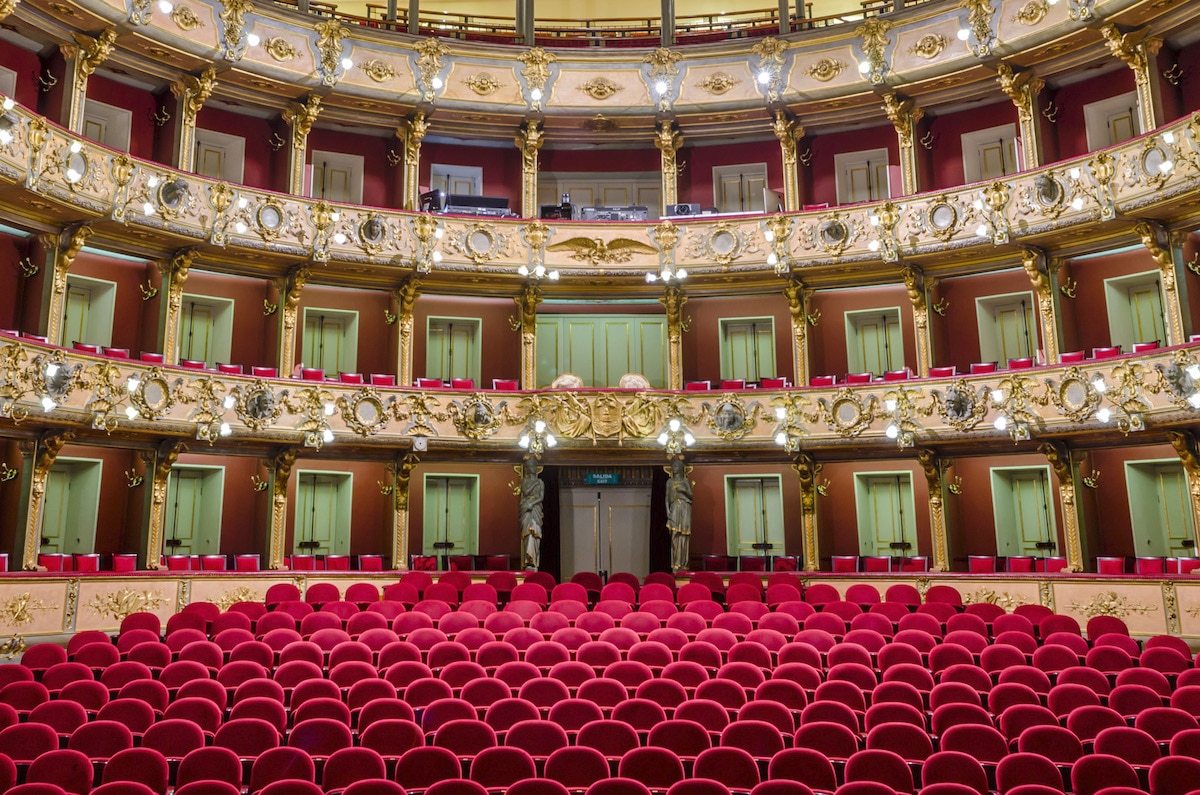 How do you go about researching performance spaces and gaining access to them?

Google is, of course, the first go-to for me to see what is worth looking into. Research is done on my part before I get to a city and I try and see what theaters have the opulence that I am hoping to find when I get there. Many times I email or call the theater to speak with a representative for access if it is available.

Sometimes I can only take photos during a tour of the space, which most of the time works out fine, other times I have had greater success and had a private tour so I can photograph the theater by myself. Those moments are the best feeling for me by far. 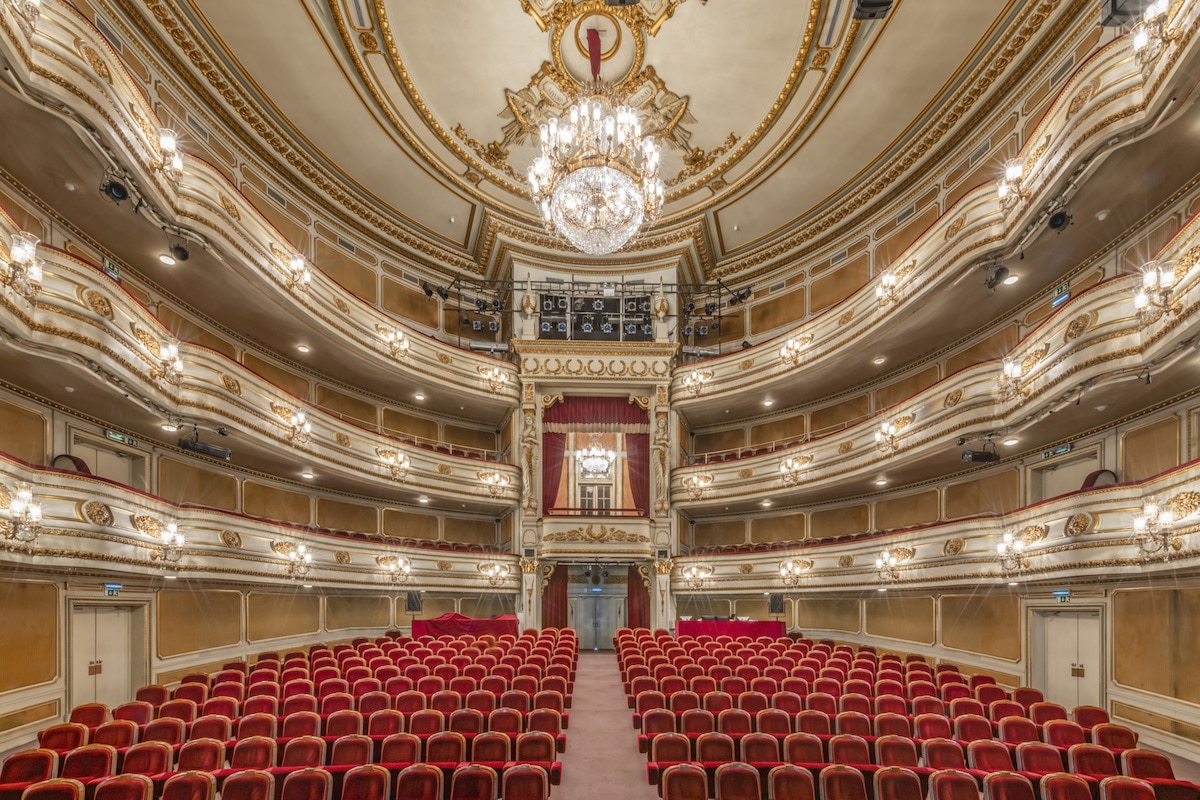 What equipment do you usually shoot with for these types of photos?

For best results, a tripod is a must for the highest quality possible. My Nikon D850 camera with my Nikon 14-24mm f2.8 lens using a remote control, shutter release for the least amount of movement because of the extended time it takes to shoot. 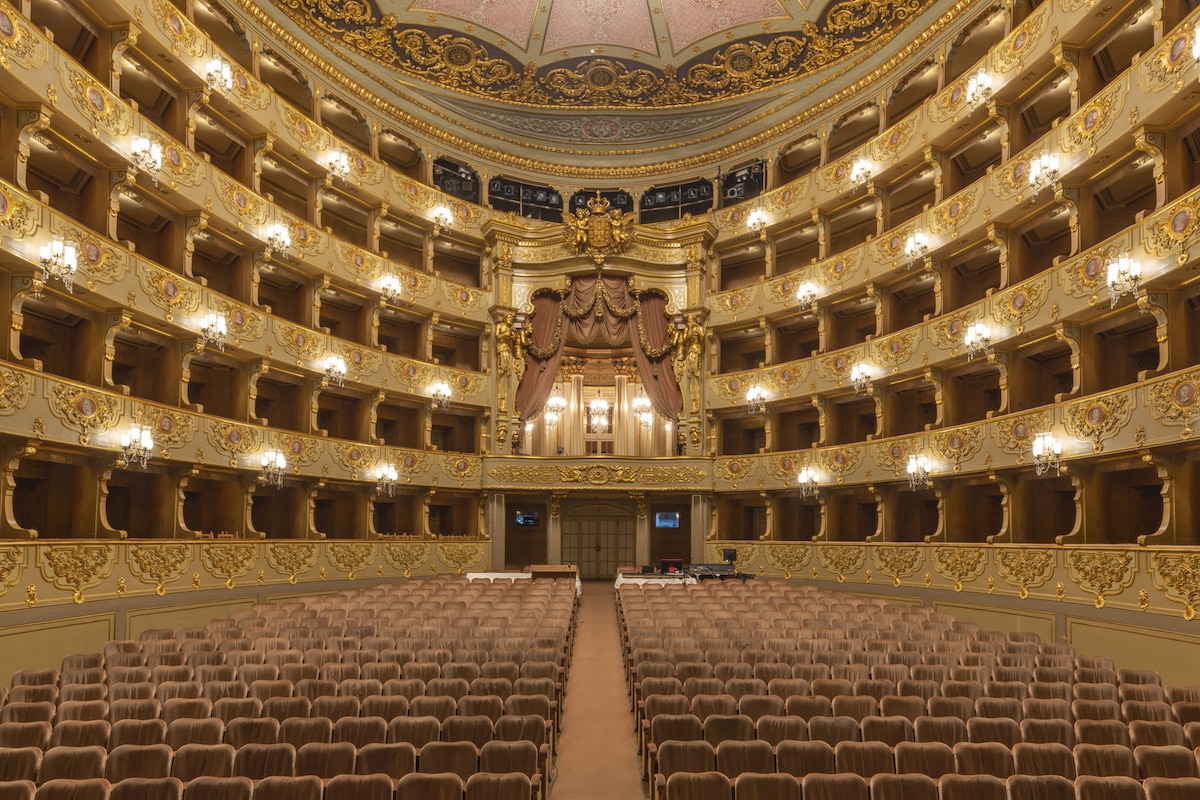 When I was in Lisbon there were two theaters to photograph, I emailed both theaters to try and get access. One theater said no problem and that I could come the next day and photograph during a paid tour of the theater. The other one, the Teatro Nacional D. Maria II, they said to me and I am trying to quote, “NO, you can not take a tour to photograph the theater, that is not allowed for you, for you, I will give you a personal tour myself because I have seen your work and we want to use your photos for our promotional materials”. We were both laughing so hard on the phone but it was a great honor to be respected so much by the theater manager. 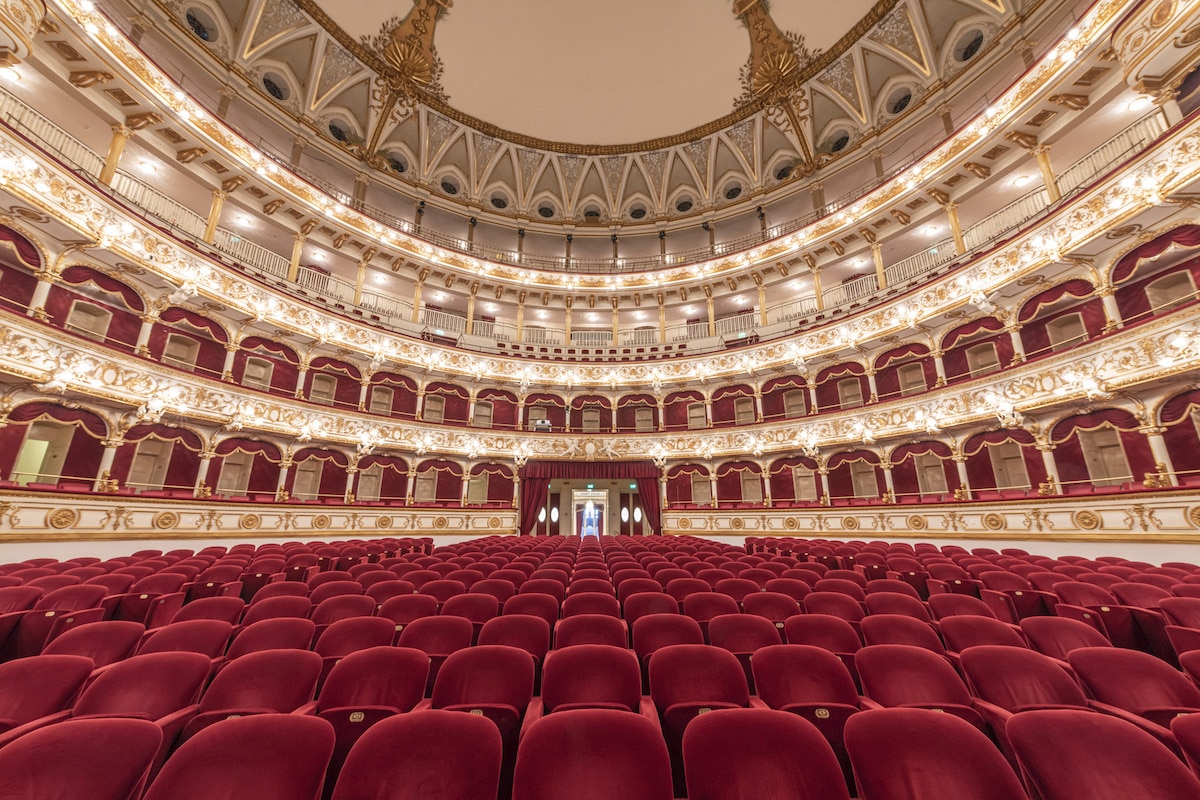 Is there a theater you are dying to gain access to that you haven't yet photographed?

So many, but I would say my list consists of La Scala in Milan, the Bolshoi in Moscow and the Margravial Opera house in Germany.

What do you hope that people take away from this work?

I try and stress to people when they walk into these grand spaces to look up and around and see the details, workmanship, and beauty of the space. As someone who is always searching for the next gorgeous place to travel to and photograph, look at the time and effort that all architecture in our lives has to offer us, people have given their blood, sweat, and tears to build these places for us to enjoy. 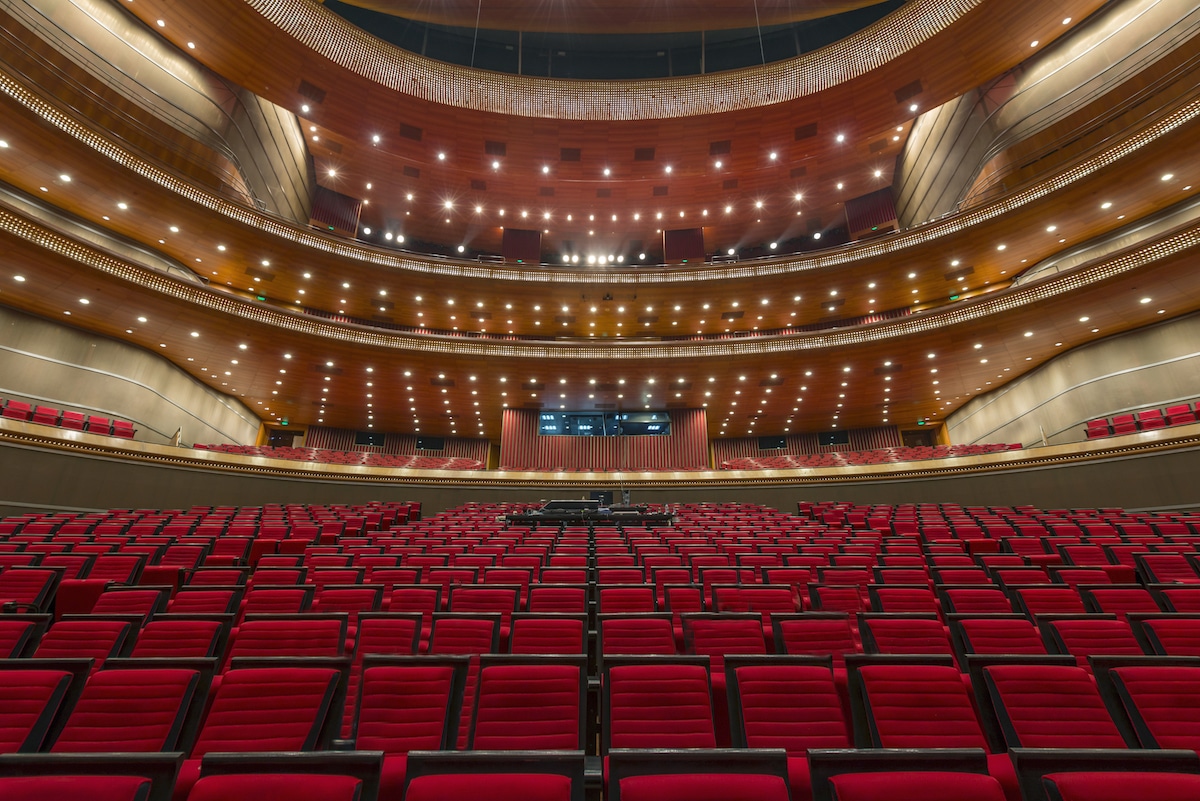 In the near future, I am working on a book of my Vertical Churches which I hope to have ready for print by the summer. It is a project I have been trying to start and finish for a few years now so that is my next for awhile probably.

Have you been to these theaters? Share
Like My Modern Met on Facebook
Get Our Weekly Newsletter
Become a
My Modern Met Member
As a member, you'll join us in our effort to support the arts.
Become a Member
Explore member benefits