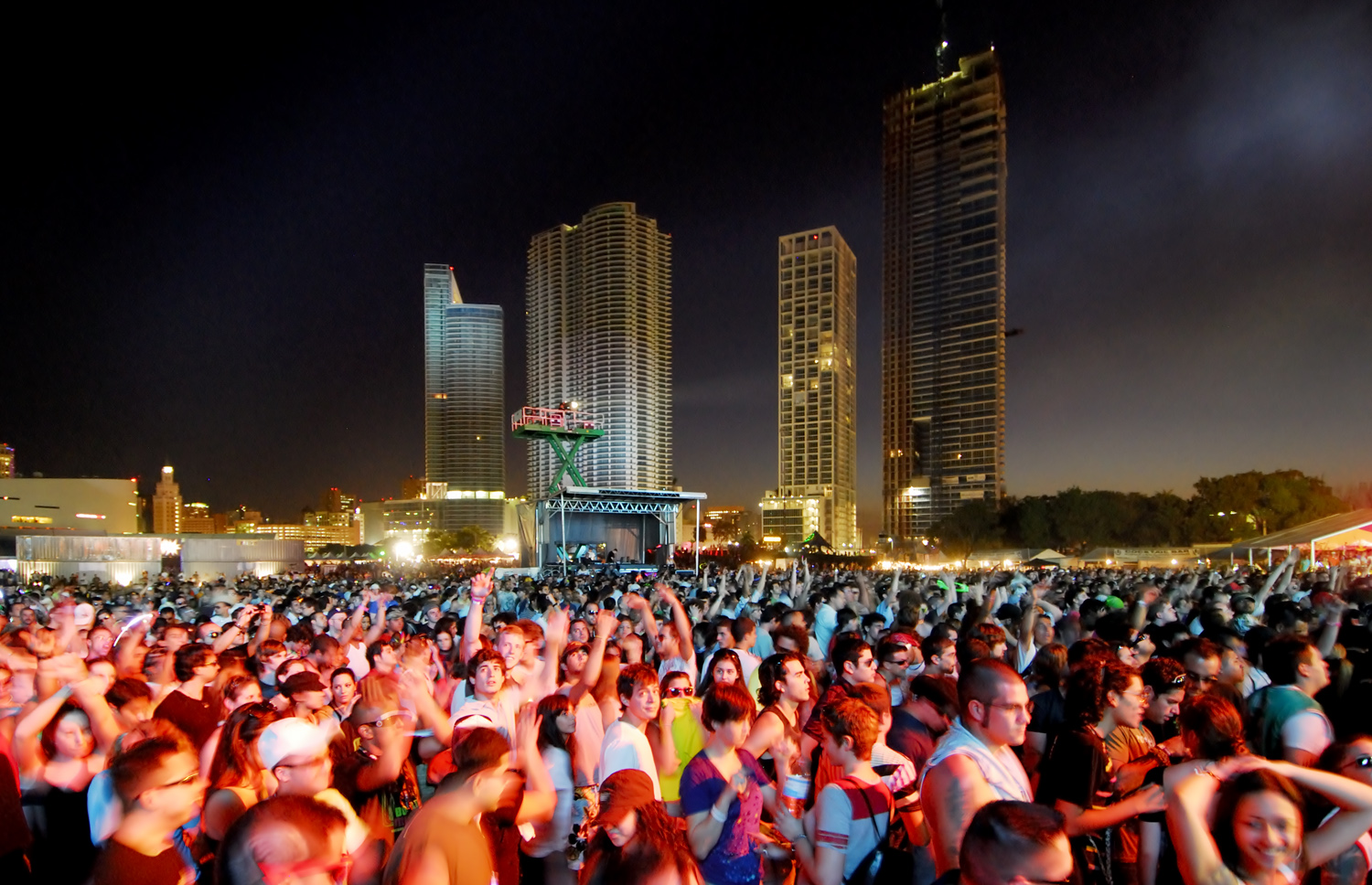 Ultra is the world's leading two-day electronic music experience held in downtown Miami every March. It's where you go to hear all of your favorite DJs in one place! Last year over 55,000 dance music enthusiasts coming from the entire United States and over 50 countries around the world were in attendance, marking it as the largest ever UMF event and ranking at #14 on Pollstar's 2008 Mid Year Top 100 Concert Grosses. A bunch of us made it to last year's Ultra music festival and I can honestly say it was an experience of a lifetime. Ultra: For people who know the names Tiesto, Paul Van Dyk, Armin van Buren, Prodigy, David Guetta, Moby, and Eric Prydz. What is it?: A three-day annual music and arts festival features many genres of music including alternative rock, hip hop, and electronic music as well as large sculptural art. The event has several stages/tents set-up throughout the grounds, each playing live music continuously. Where: Bicentennial Park in downtown Miami (the same grounds it has occupied since 2006). When: March 27th and March 28th. Who's Performing?: The initial line-up for the first night of the festival includes Miami exclusive performances from: Tisto, Bloc Party, The Ting Tings, Santogold and–making their first US appearance as a full band in seven years–drum and bass legends Roni Size Reprazent. Miami exclusive Artists confirmed for the second night of the festival include, Cut Copy, Deadmau5, Crystal Castles, The Presets, Hercules and Love Affair, Simian Mobile Disco, and Busy P. Carl Cox will also return to perform on both Friday and Saturday and will host the legendary Carl Cox and Friends arena with a full complement of special guests TBA. Many additional artists will be announced in the coming weeks. How Much?: $129.95 General Admission and $250 VIP. Now some pictures: 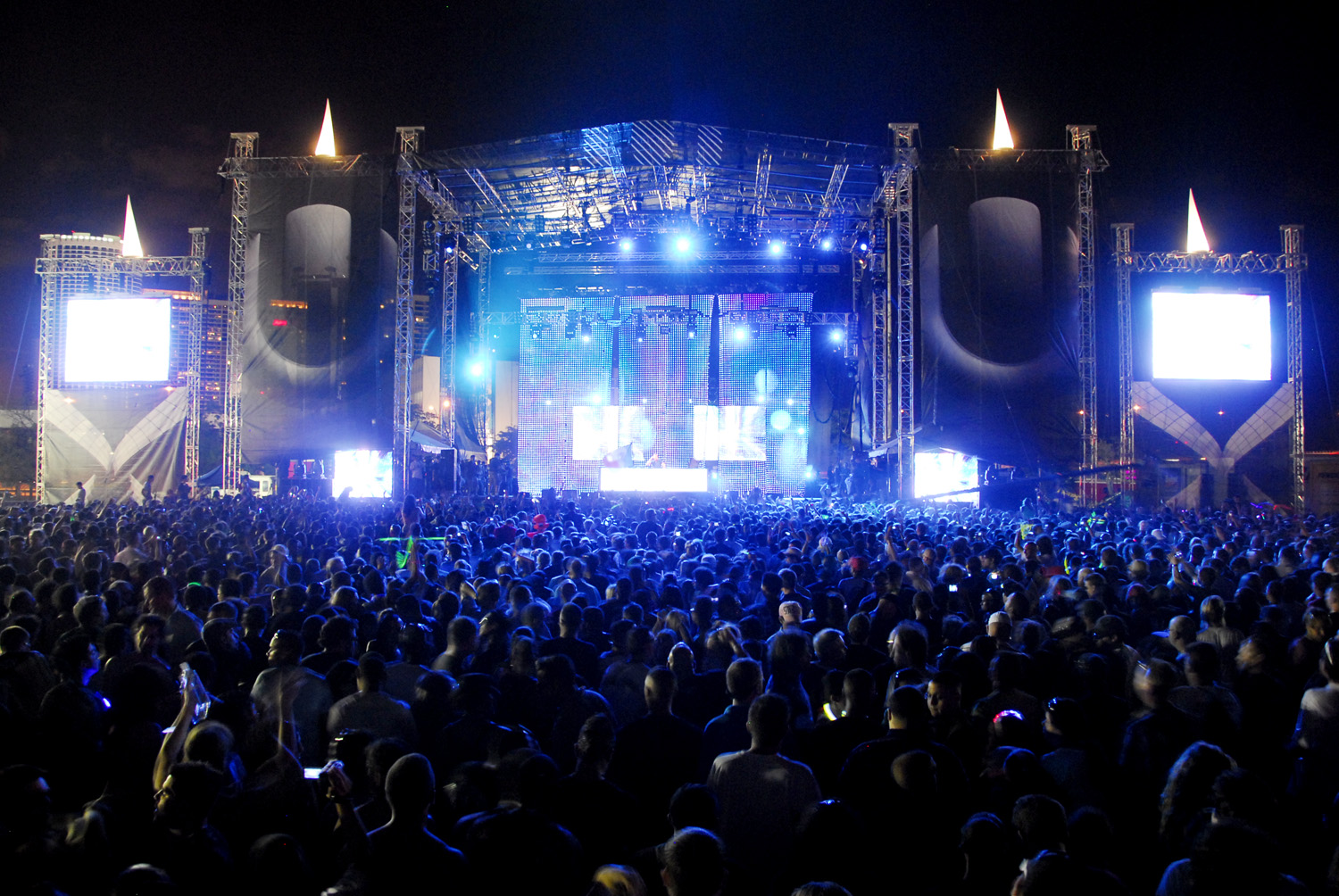 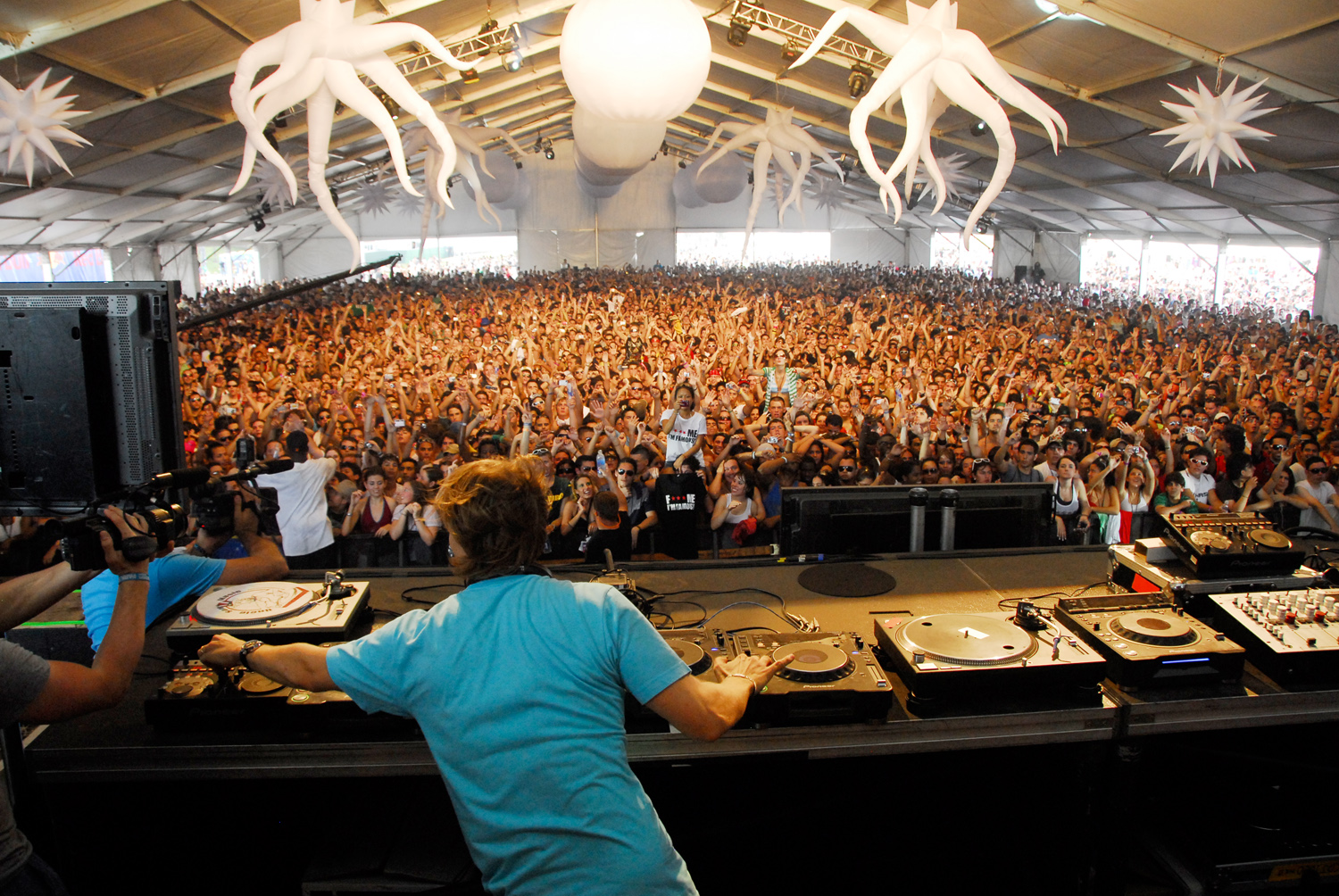 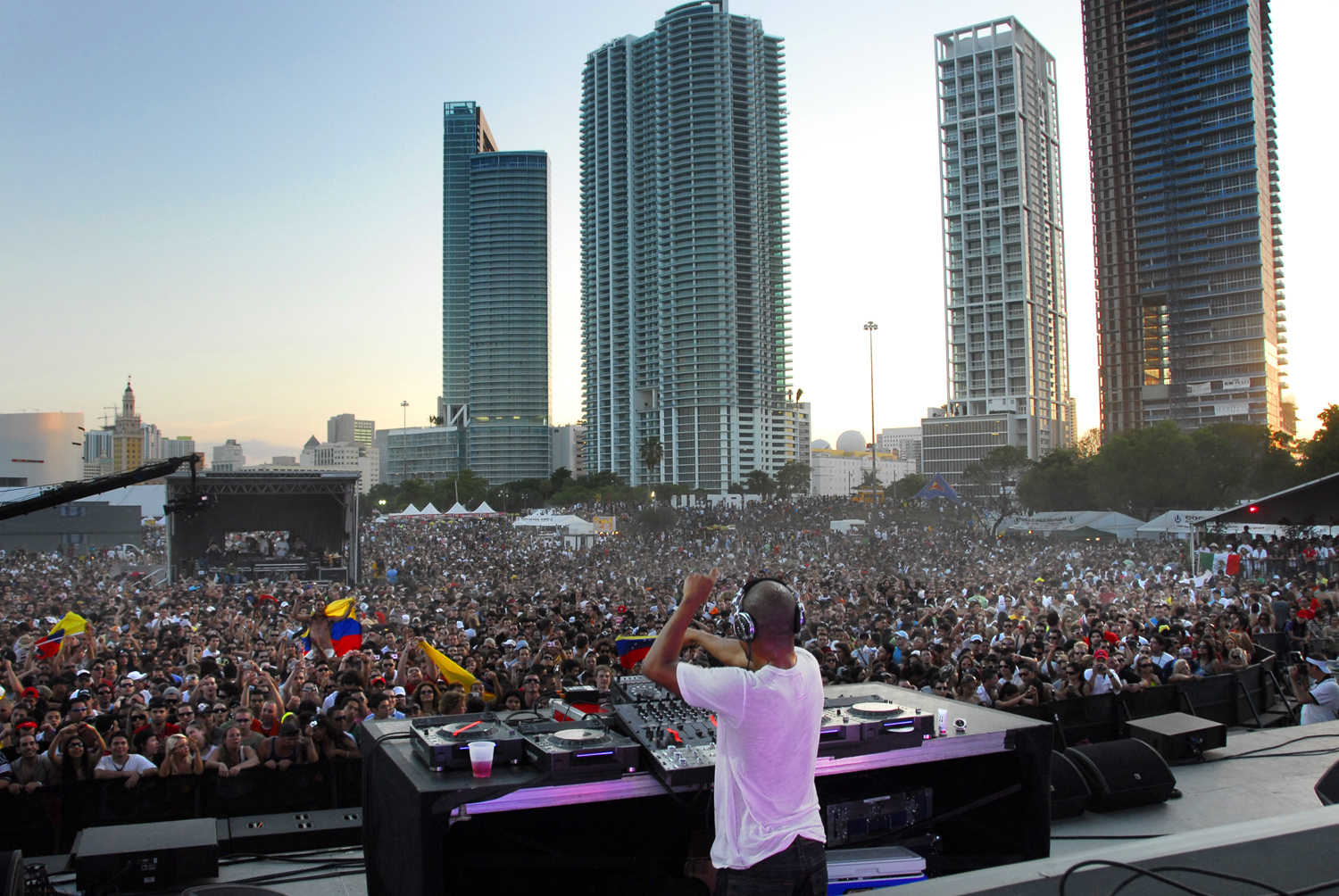 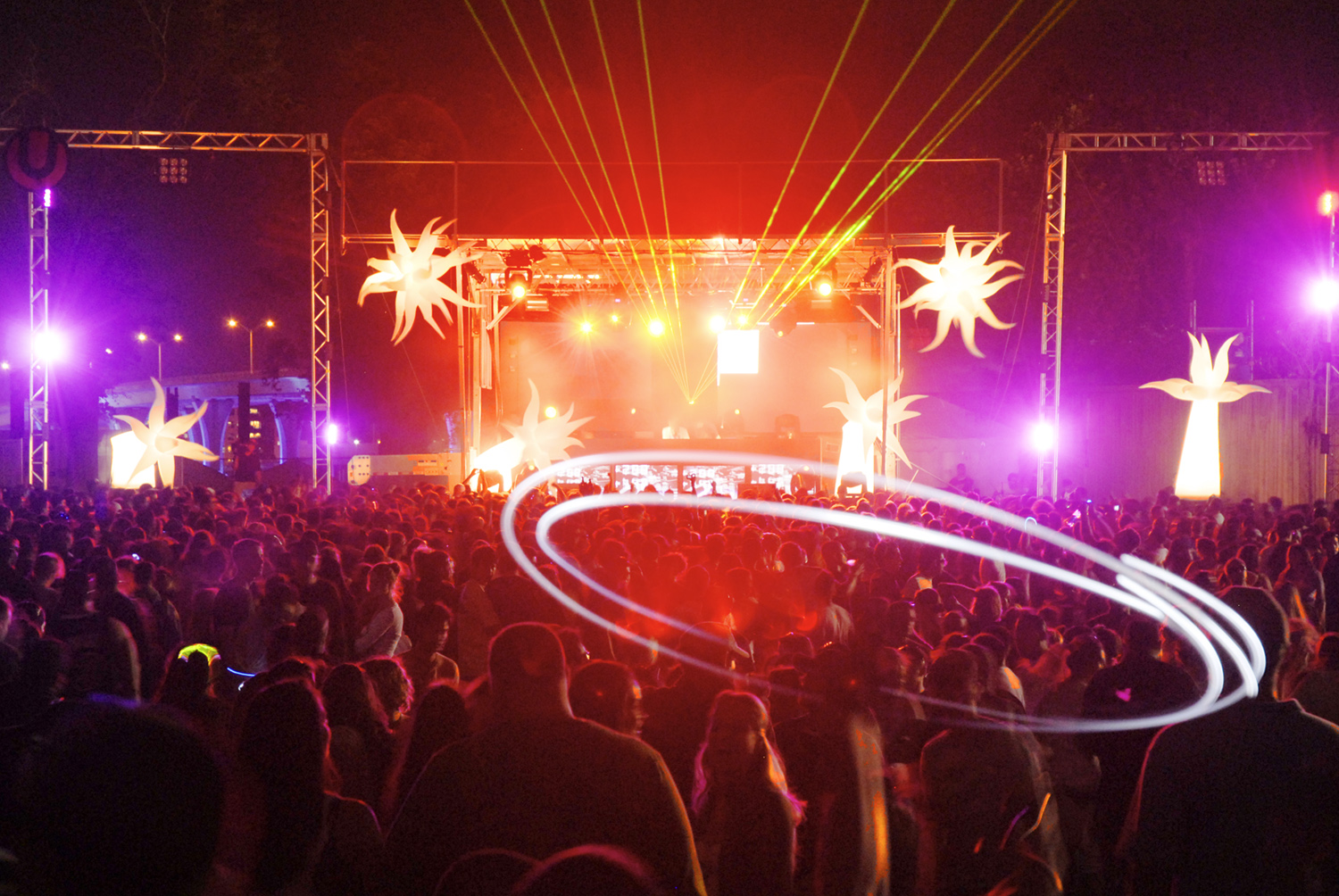 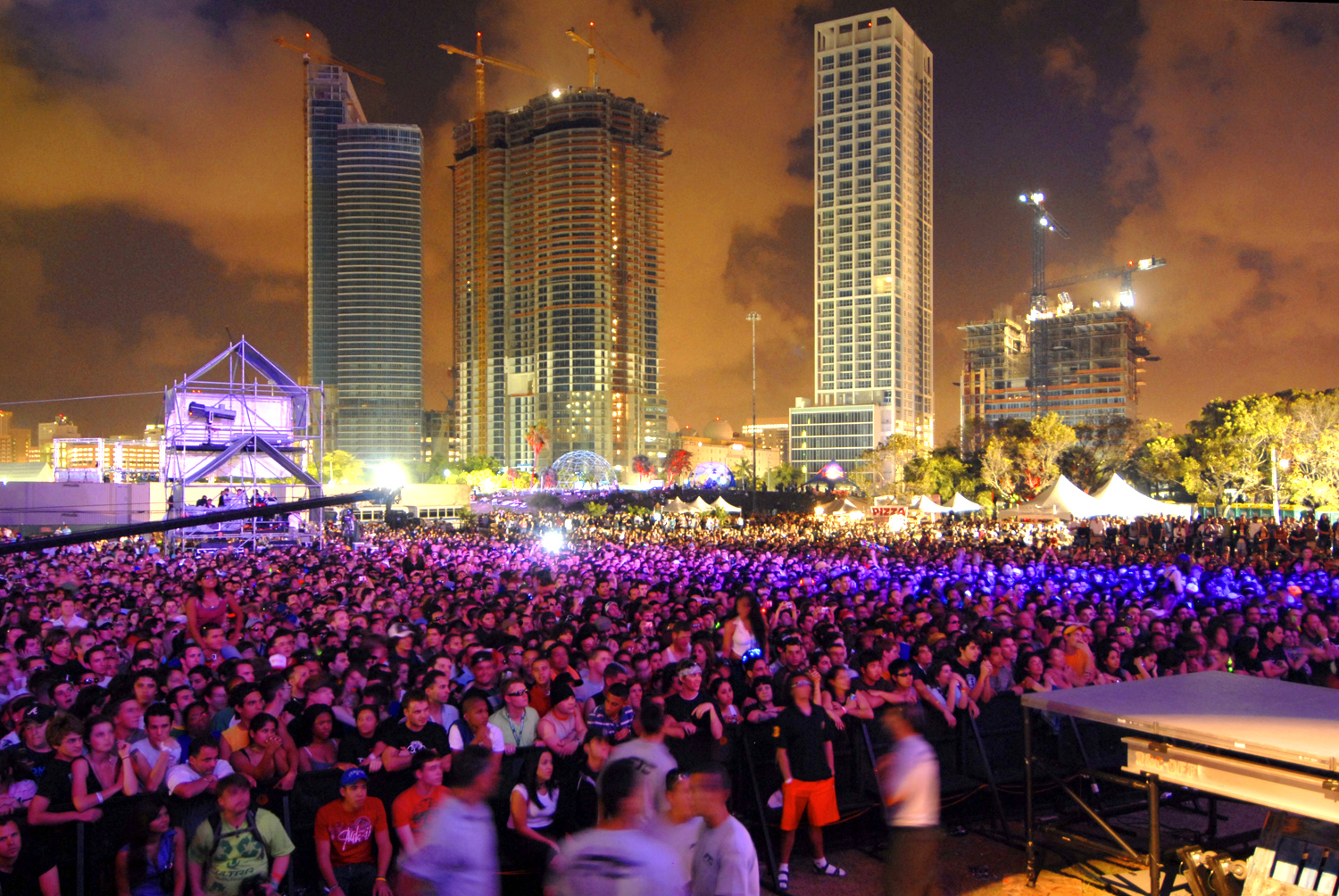 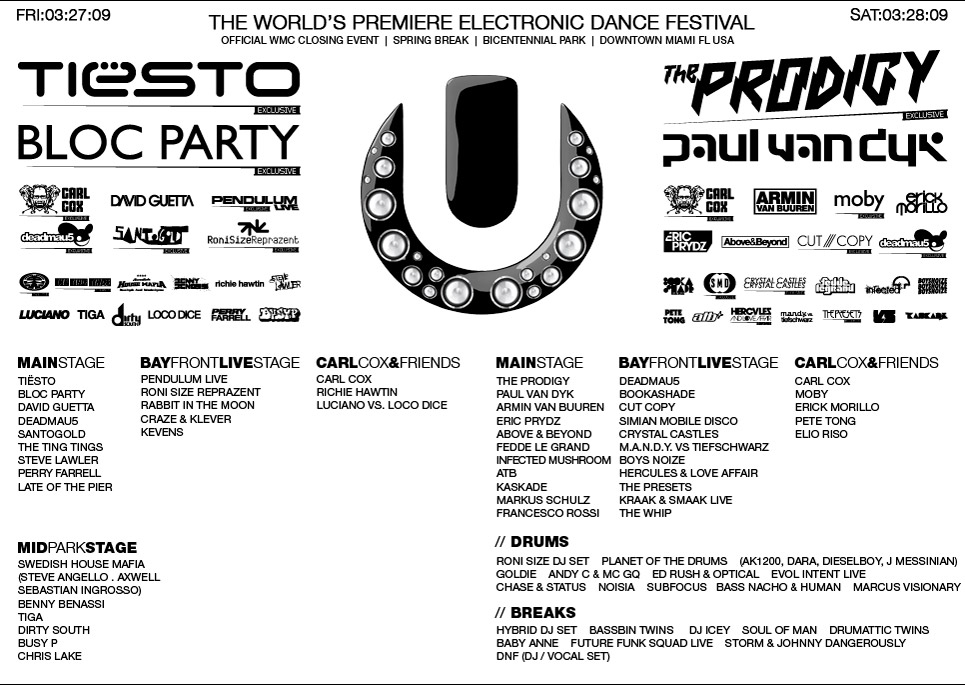 My Take?: Come to Miami a few days before and hit up some pool parties or check out Space. Ultra's the ultimate 2-day party that you must attend if you're coming out for the Winter Music Festival. It's a spectacular sight – thousands gathered to enjoy all the best in electronic music. If you're slightly scared of crowds, don't worry, there are a ton of people but the grounds are so large you never feel claustrophobic. Trust me when I say that it's truly a once in a lifetime experience! More info at Ultra Music Festival