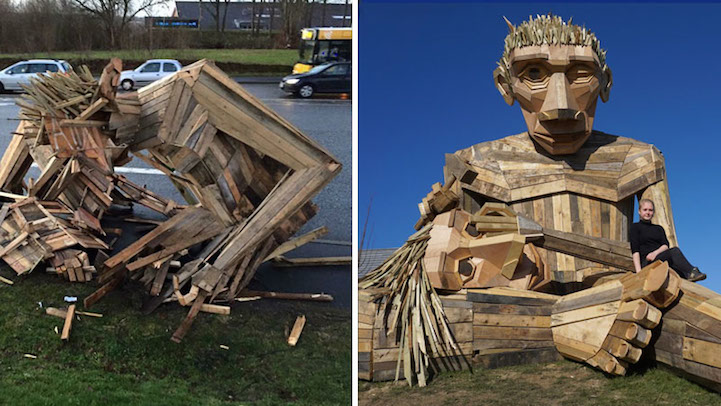 In a town called Tilst, on the outskirts of Aarhus, Denmark, artist Thomas Dambo has proven that what's broken is not lost–twice.

Back in 2015, Dambo built a beloved sculpture called Simon Selfmade on a hill next to the highway, using scrapped wood and recycled trash that were donated by a nearby equipment store. The figure resembled a genial giant with a hammer in his hand, working to construct the remainder of one of his legs that was left intentionally incomplete by Dambo and his crew.

Unfortunately, a hurricane soon swept through the area and destroyed Simon in the process. The local community was fond of the sculpture's friendly face and dismayed to see him demolished–none more than a 14-year-old admirer named Anine, who quickly made a Facebook group to raise money to remake Simon and successfully hit the funding goal within a mere four days. So, Dambo got to work rebuilding the behemoth, but instead of rebuilding the exact original, he changed up the design a bit. The second Simon appears fully formed, using his hammer to craft a new female friend. That friend's name? Anine.

On his website, Dambo says his aim throughout his work is to inspire viewers to “have fun and think of trash as a resource,” involving the public and surroundings in the process. With Simon and Anine, he seems to offer an even deeper message: self-sufficiency is powerful, but more so with the support of community. True resourcefulness requires coming together to turn trash and tragedy into treasure.

Here's the original Simon, shown building the remainder of his own leg before being destroyed by the storm. 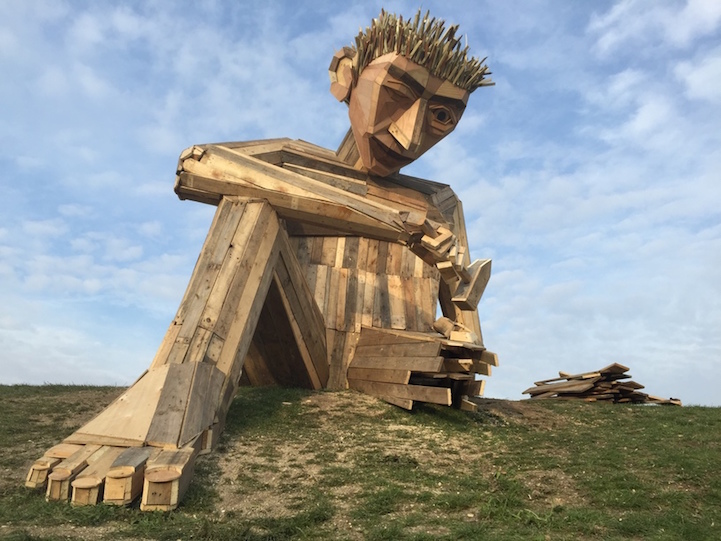 And here's Simon after the storm. 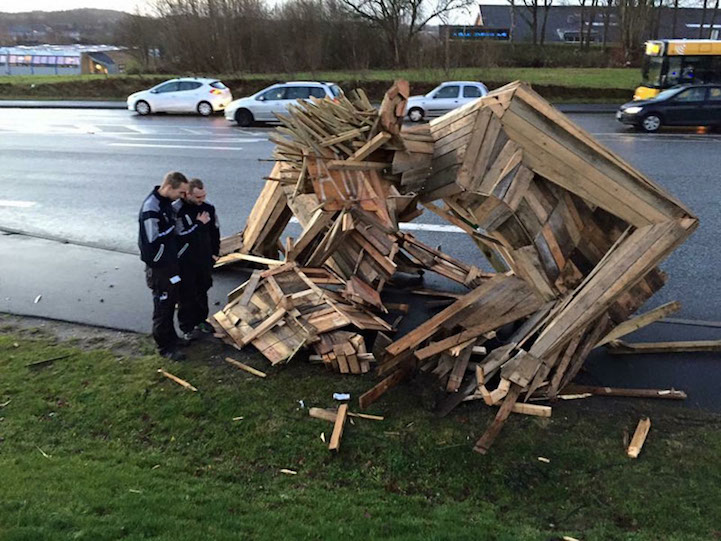 Dambo and his crew worked together to build the second version of Simon from the first Simon's scraps. 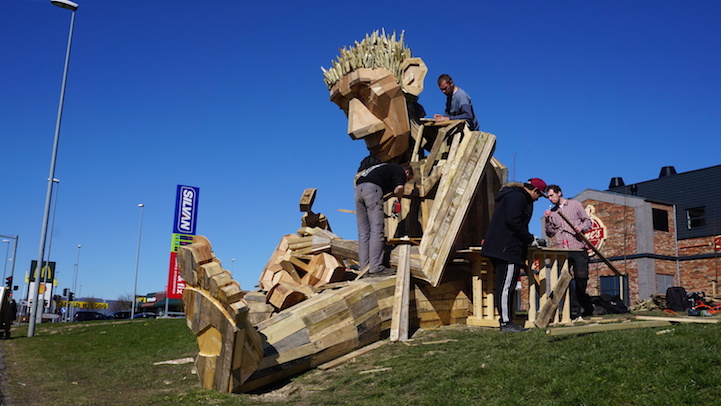 Anine, pictured here, was the inspiration behind the “friend” that the new Simon seems to be building. 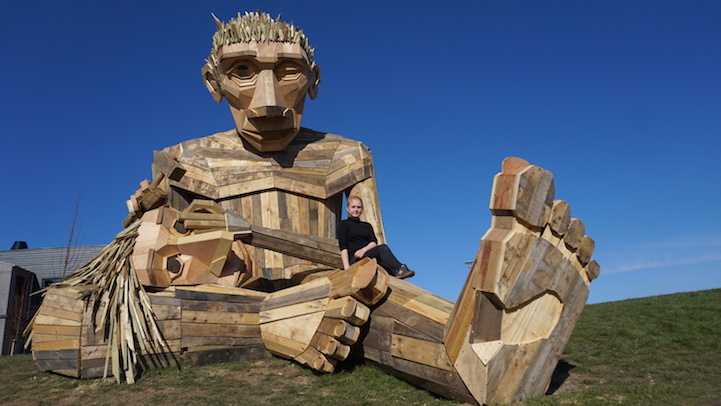 Simon and Anine now sits on the roadside to provide smiles to all who pass. 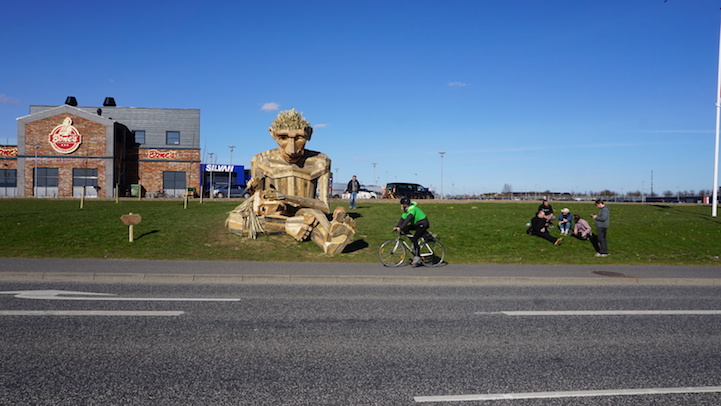 All images via Thomas Dambo.