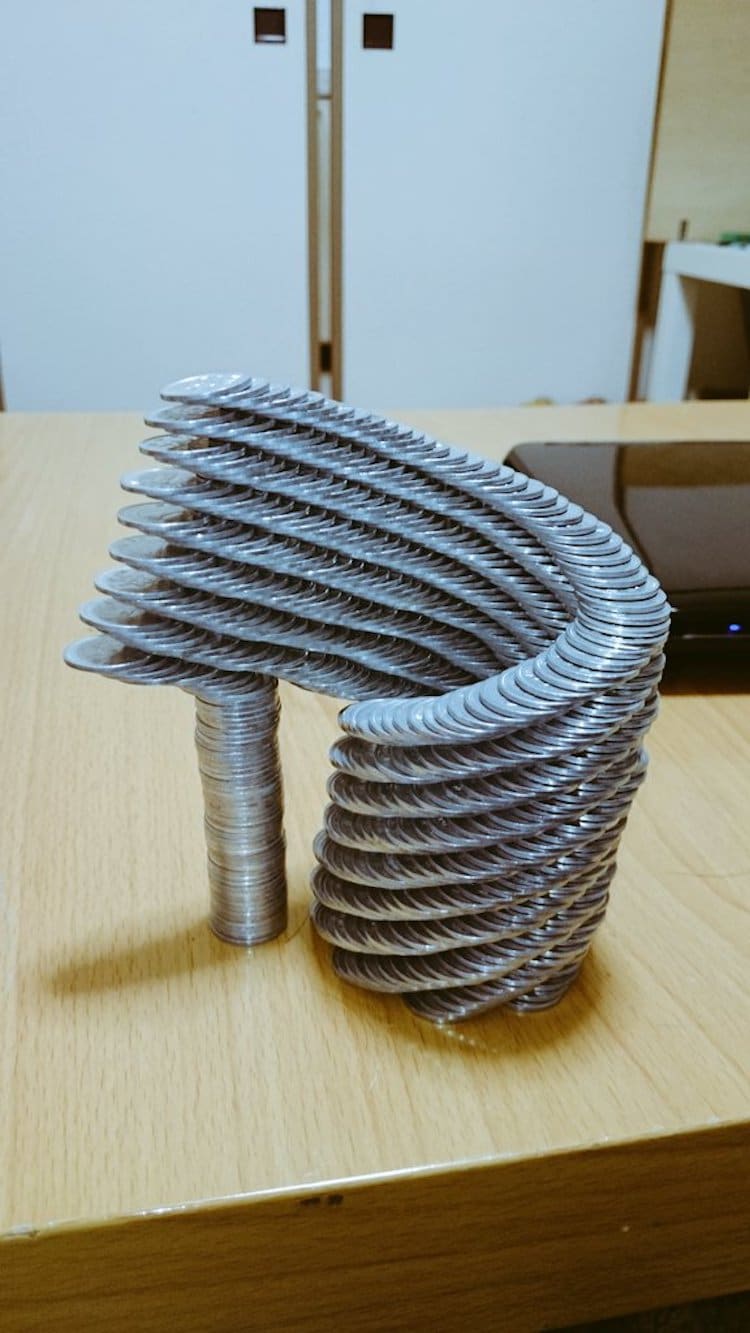 Japanese Twitter user @thumb_tani (aka Tanu) has mastered the art of balance. He uses his keen sense of equilibrium to create small, fascinating sculptures from carefully-positioned coins. Although many of us have probably attempted this same sort of coin stacking, Tanu takes these arrangements to a whole new—and totally epic—level.

Using a variety of denominations, Tanu creates intricate structures that range in shape and size. Often, he'll first build a strong base using staggered coins. Then, he does the seemingly impossible. Tanu stands the coins upright and places them edge-to-edge without the discs falling or even wobbling. From there, he’ll sometimes stack even more coins (or other objects) on top. It’s a mesmerizing sight, but also one that you’ll want to hold your breath for. The precarious sculptures look as though they could tumble at any moment.

Watch Tanu working his magic in a short video, below. 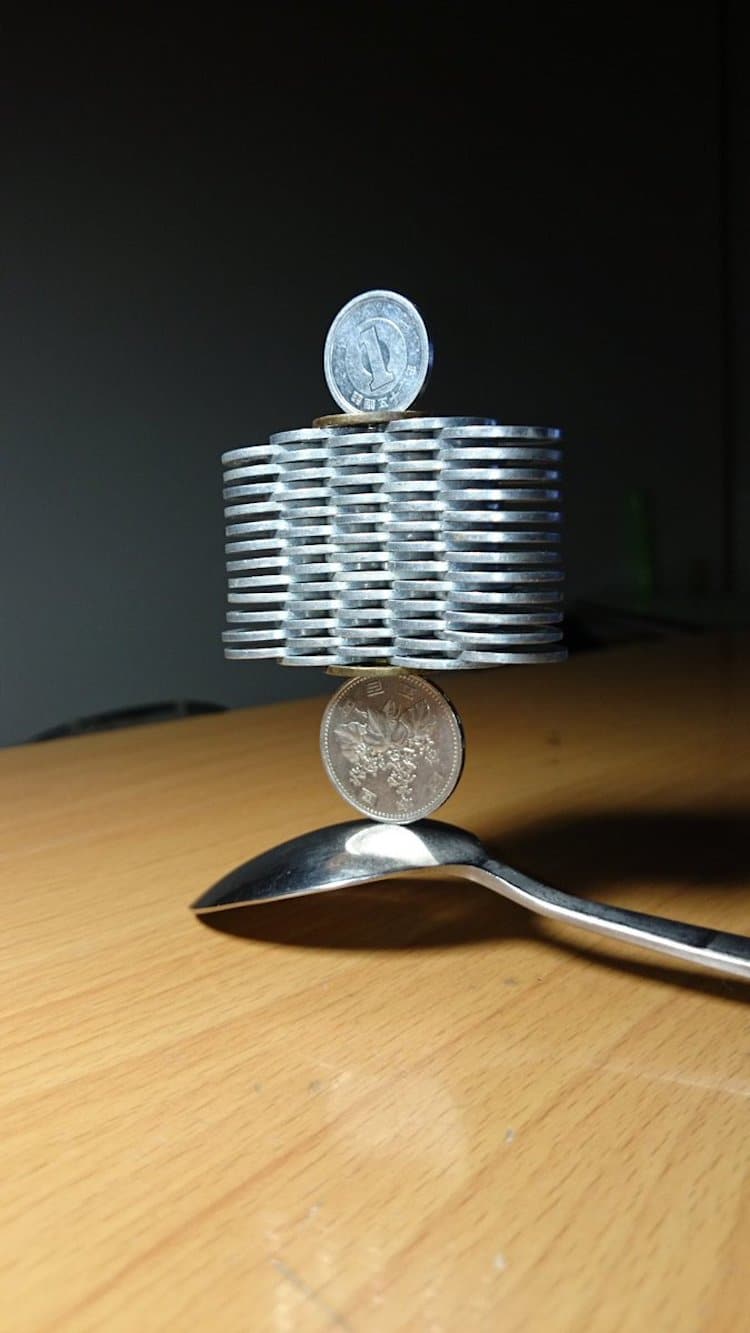 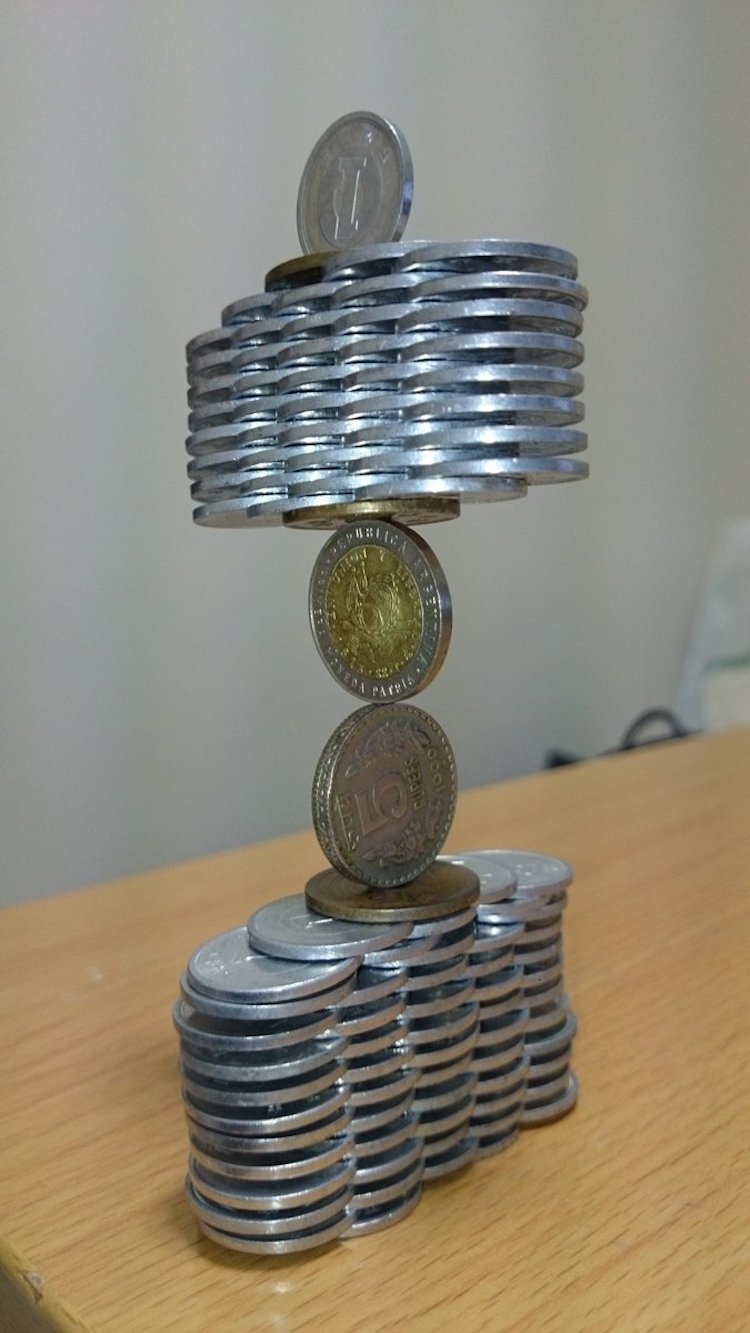 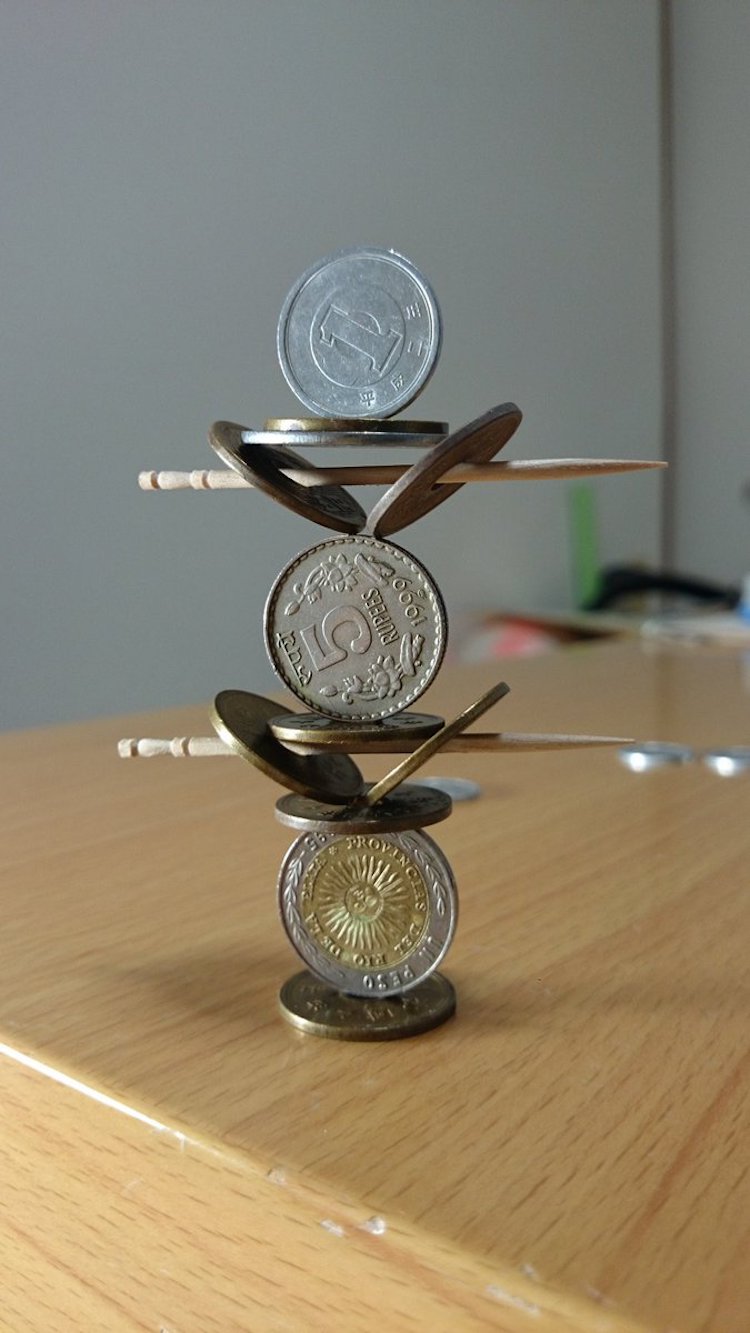 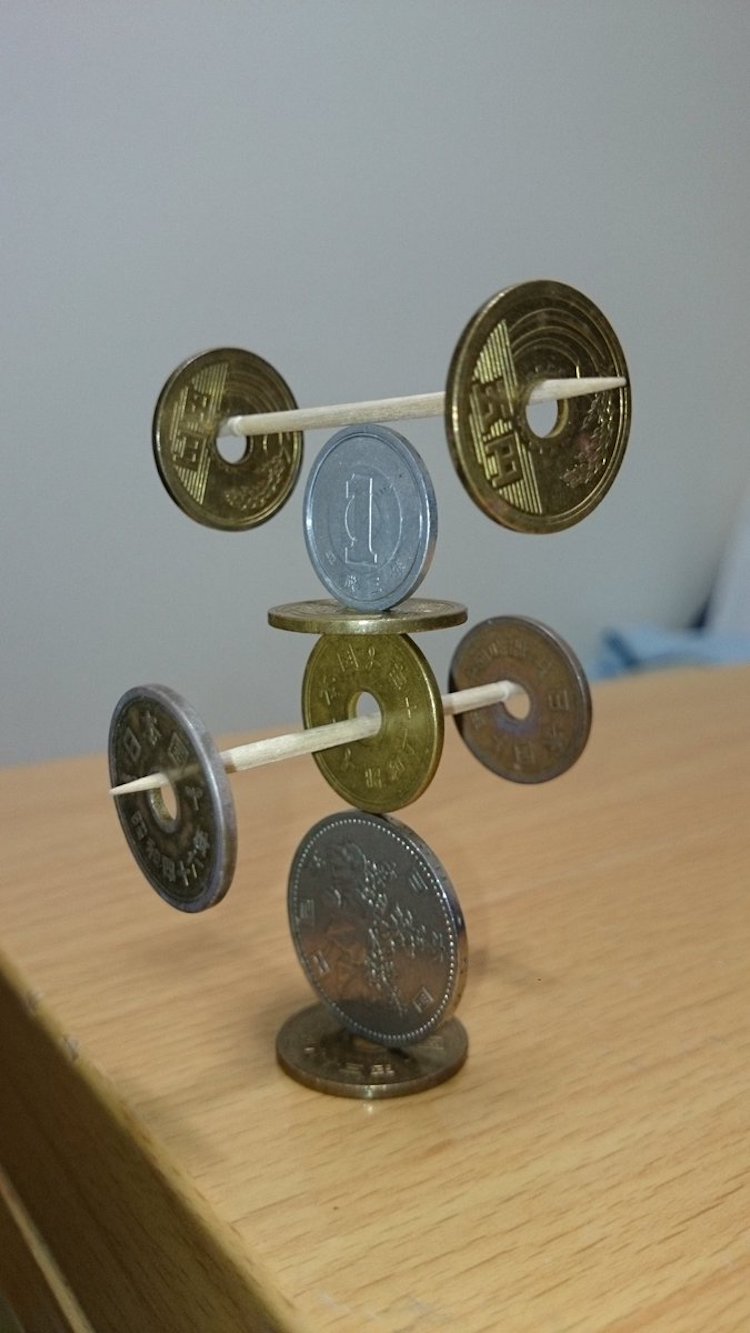 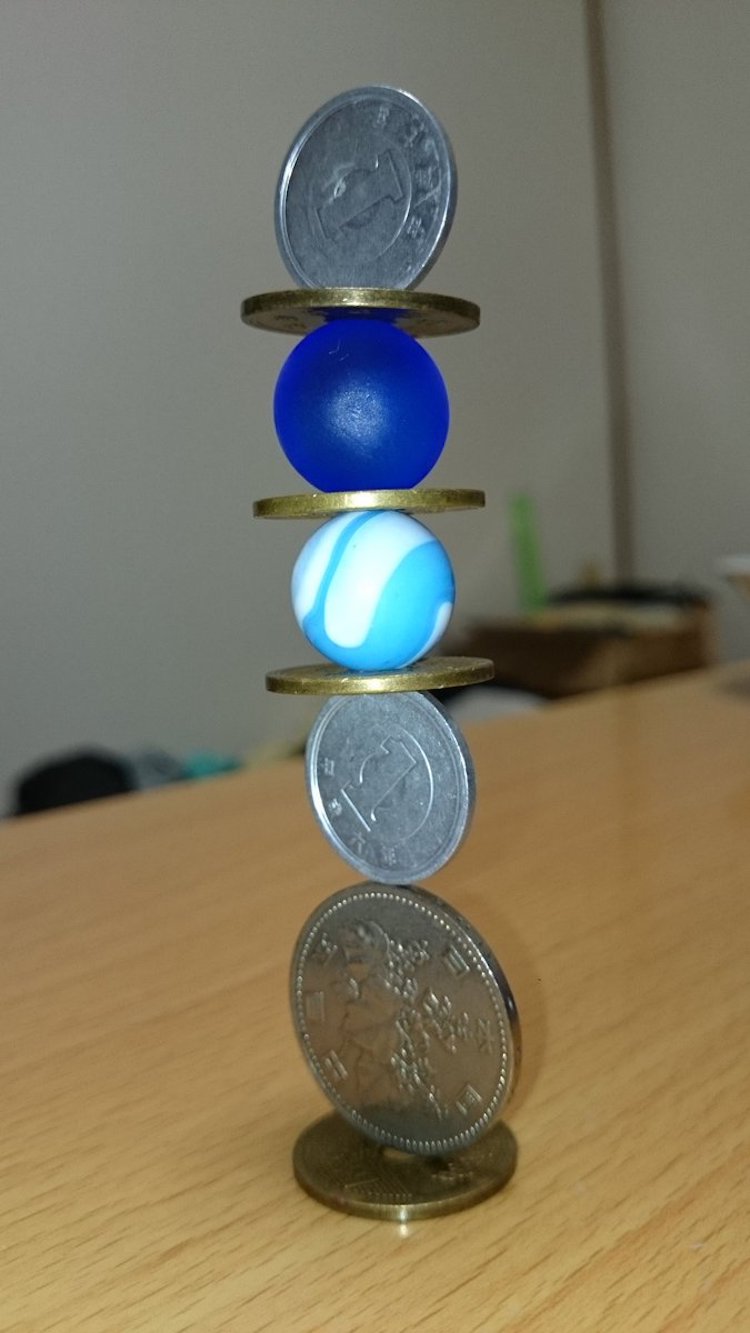 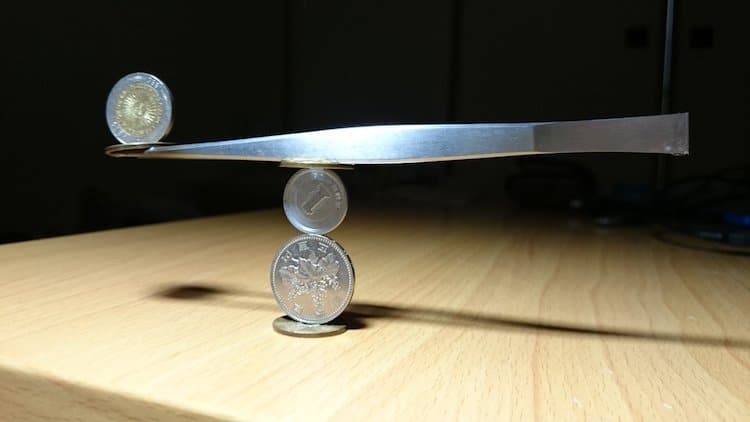 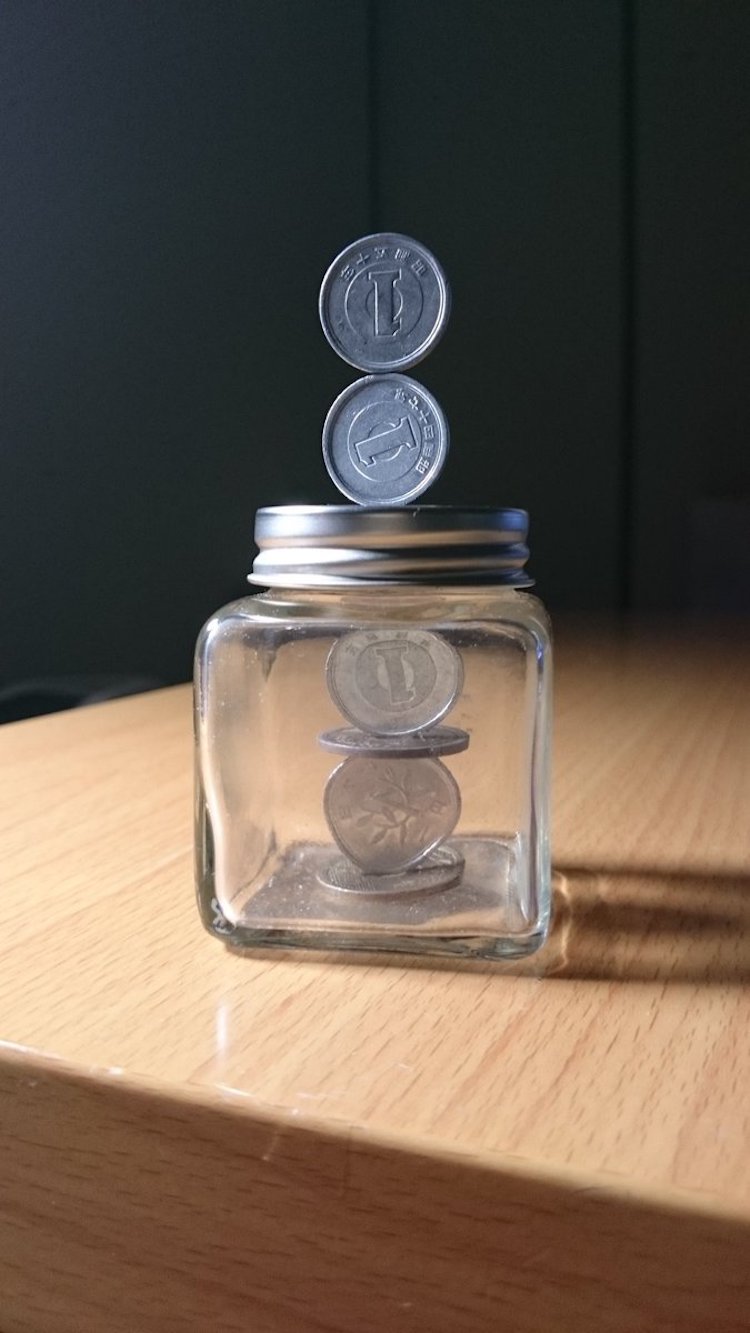 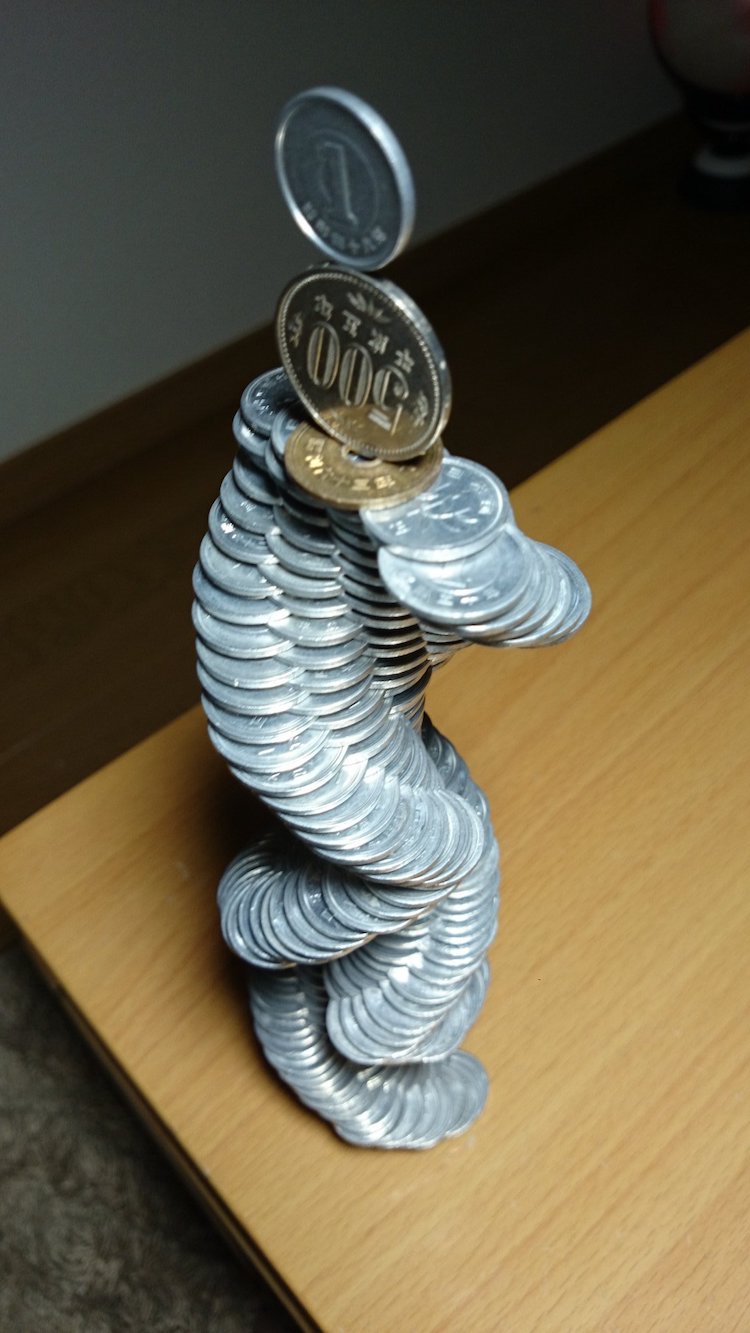 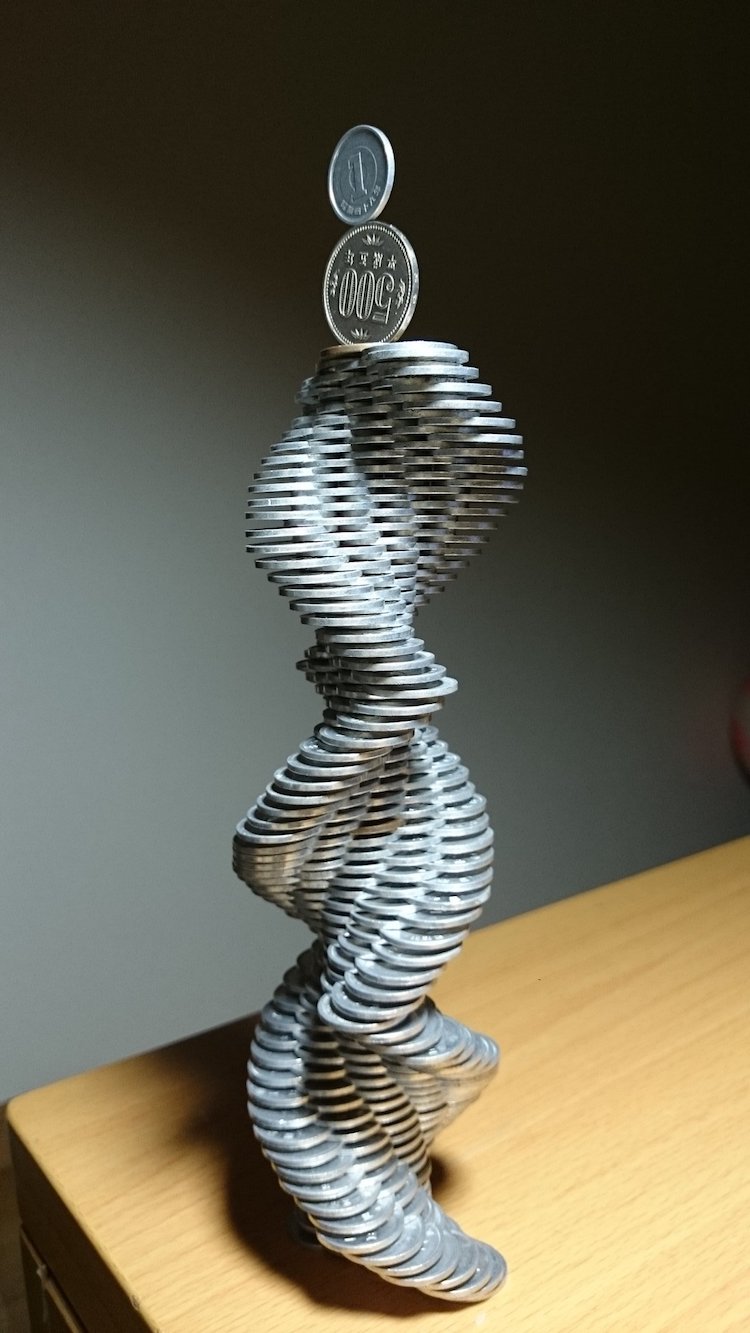 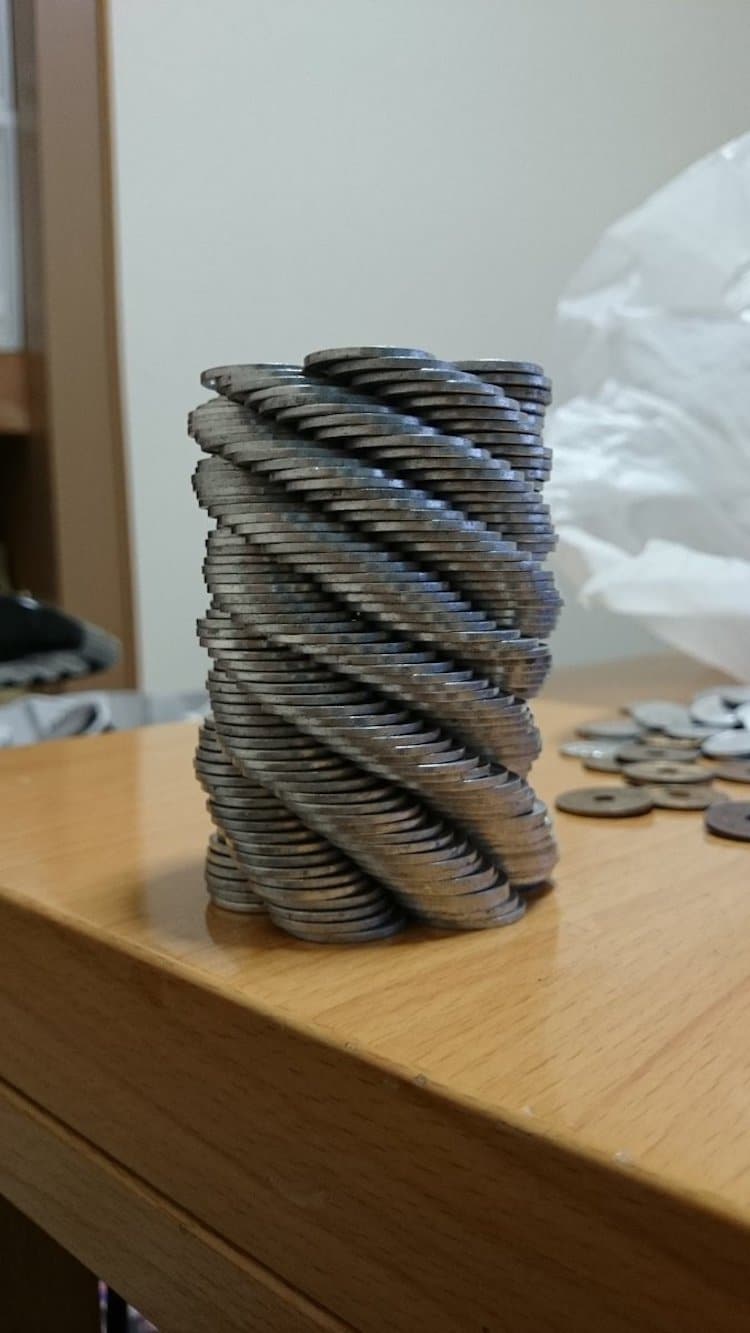 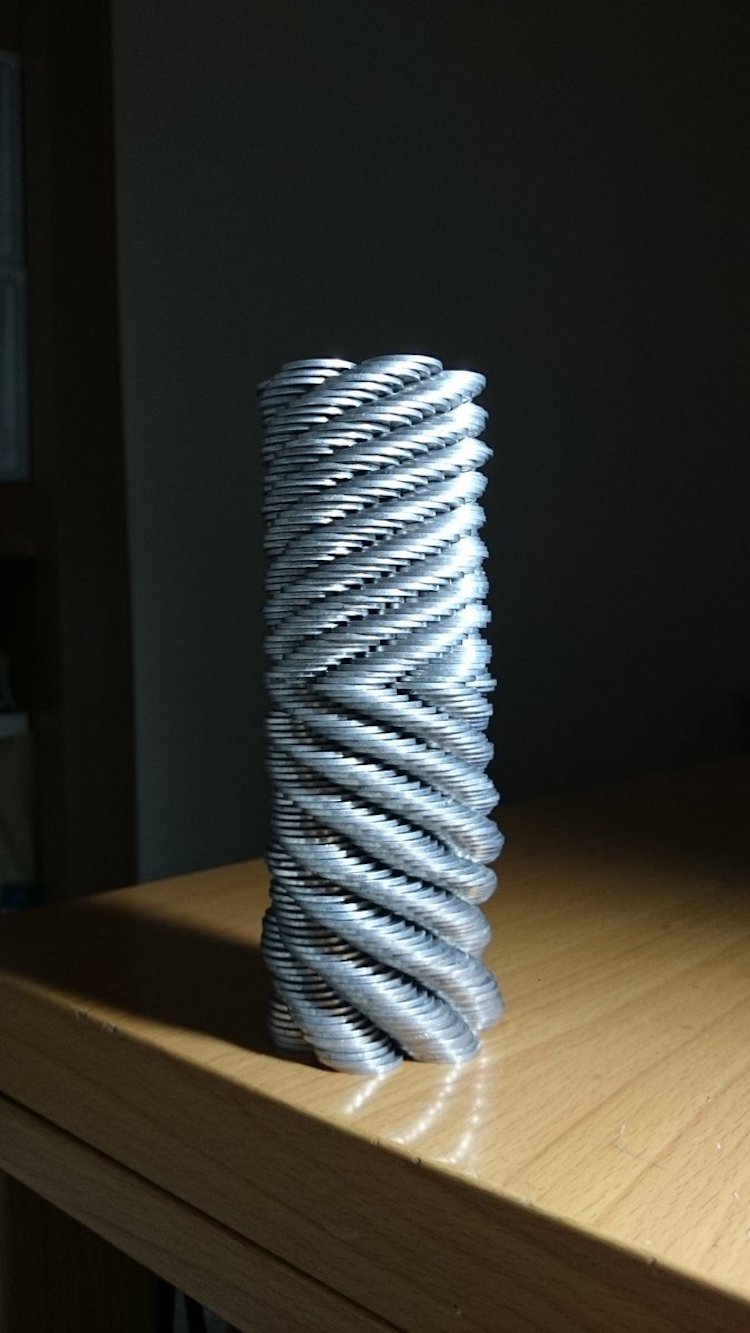