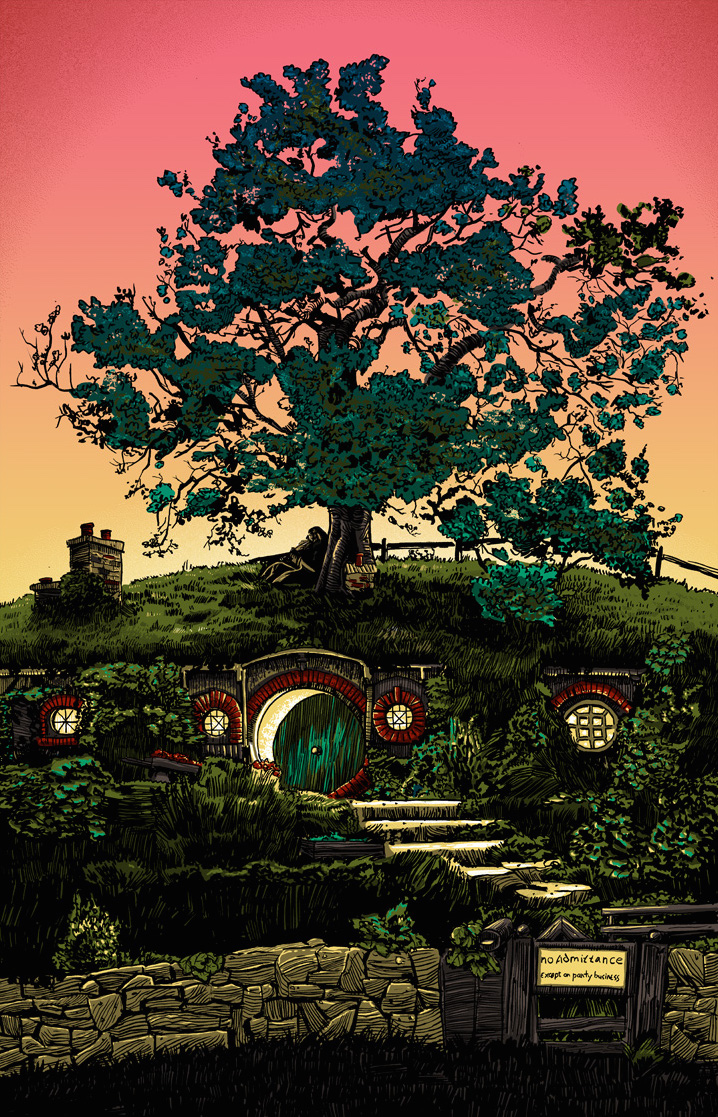 Austin-based artist Tim Doyle pays homage to famous locales from popular films in his series called UnReal Estate IV: The Movie. It's part of his fantastic on-going UnReal Estate project, and this isn't the first time we've admired Doyle's beautiful depictions of places in popular culture. Previously, he has reinterpreted television icons like Sesame Street, Monk's Cafe, and Moe's Tavern. Now, he's turned his dark and detailed style towards Blockbuster hits and cult-classics, putting a unique spin on movies we've probably watched over and over.

Doyle's comic book-like approach reconstructs places that are often as memorable as the characters in the films. In Pulp Fiction, Jack Rabbit Slim's restaurant is the site of the famous dance scene between Mia Wallace (Uma Thurman) and Vincent Vega (John Travolta). You not only remember their interaction, but the incredible aesthetic of the environment. This piece, along with Doyle's other illustrations, is instantly recognizable, but made wholly original through his sketched pen lines and bold coloring.

If you're local to San Francisco, you can check out UnReal Estate IV: The Movie at the Spoke Art Gallery. The exhibition is on view from July 2 to July 25.

Above: Lord of the Rings 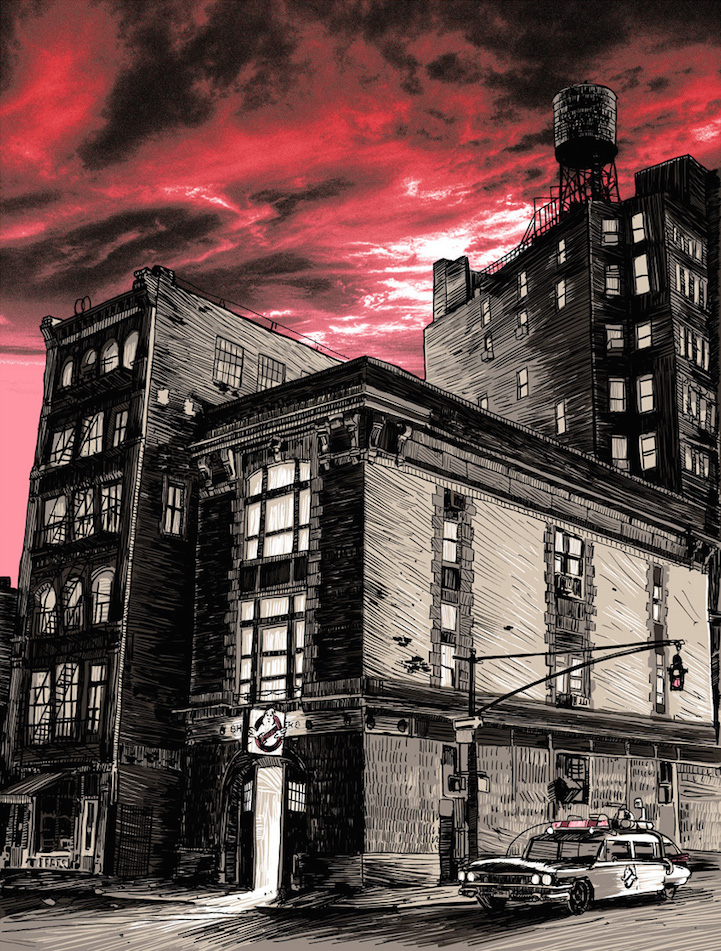 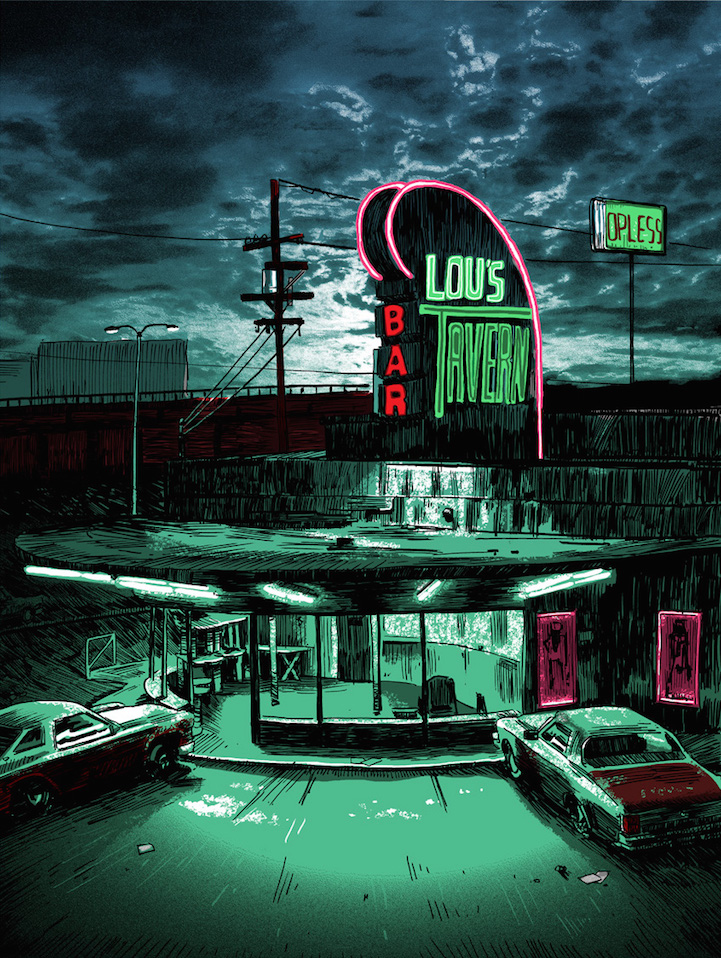 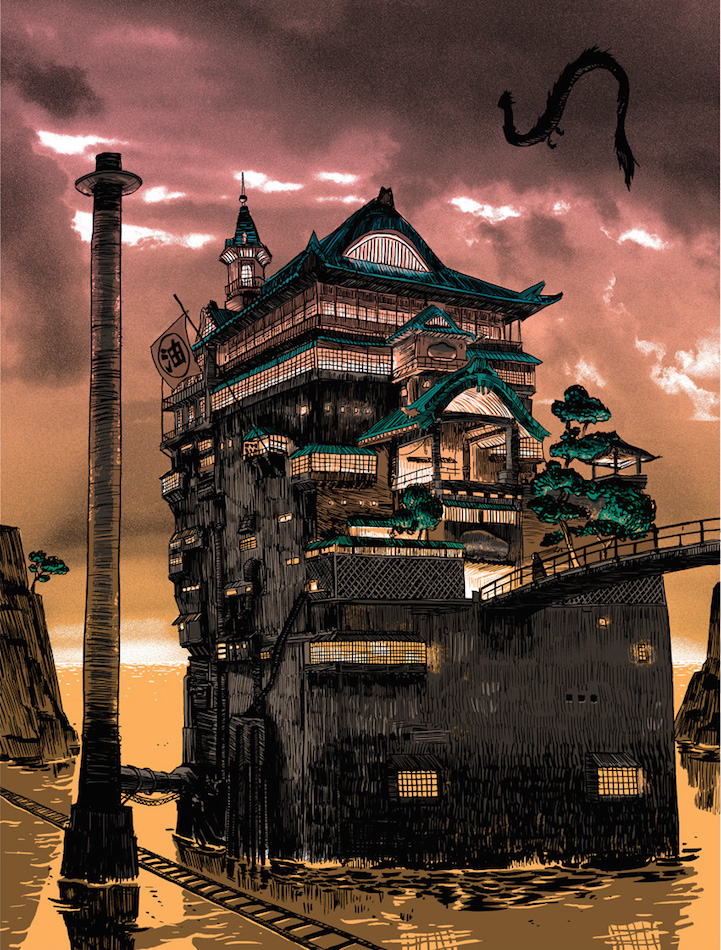 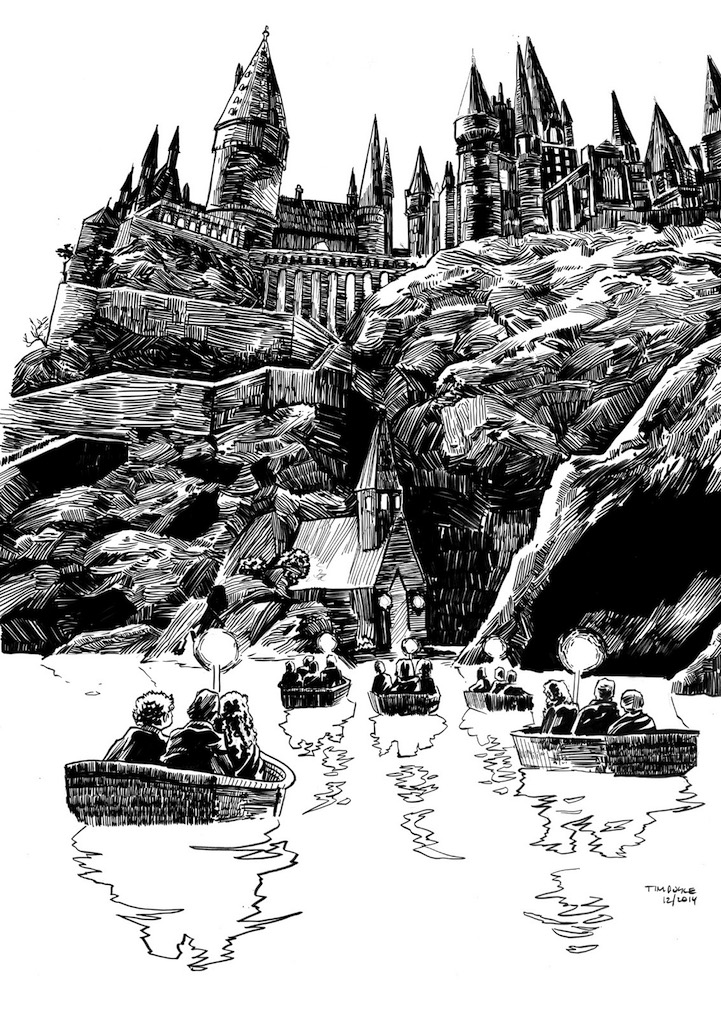 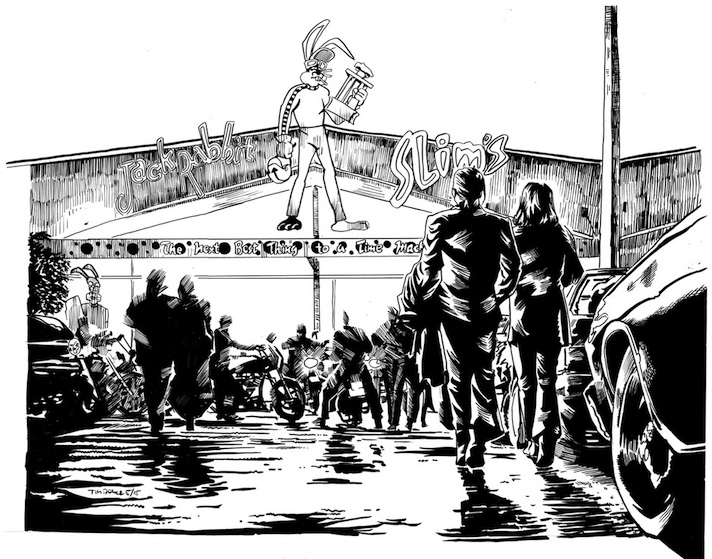 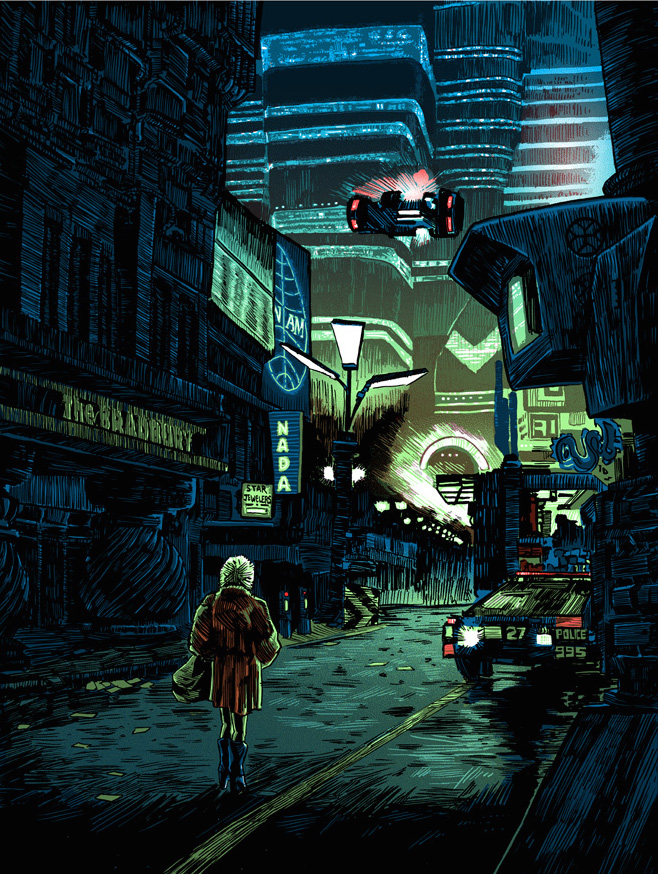 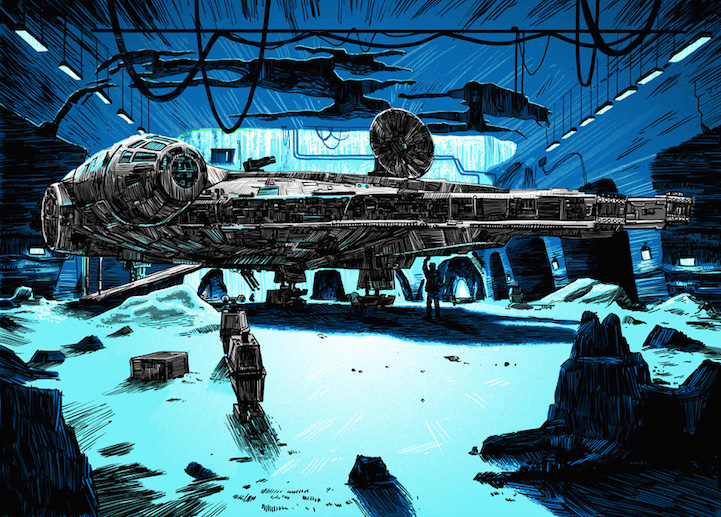 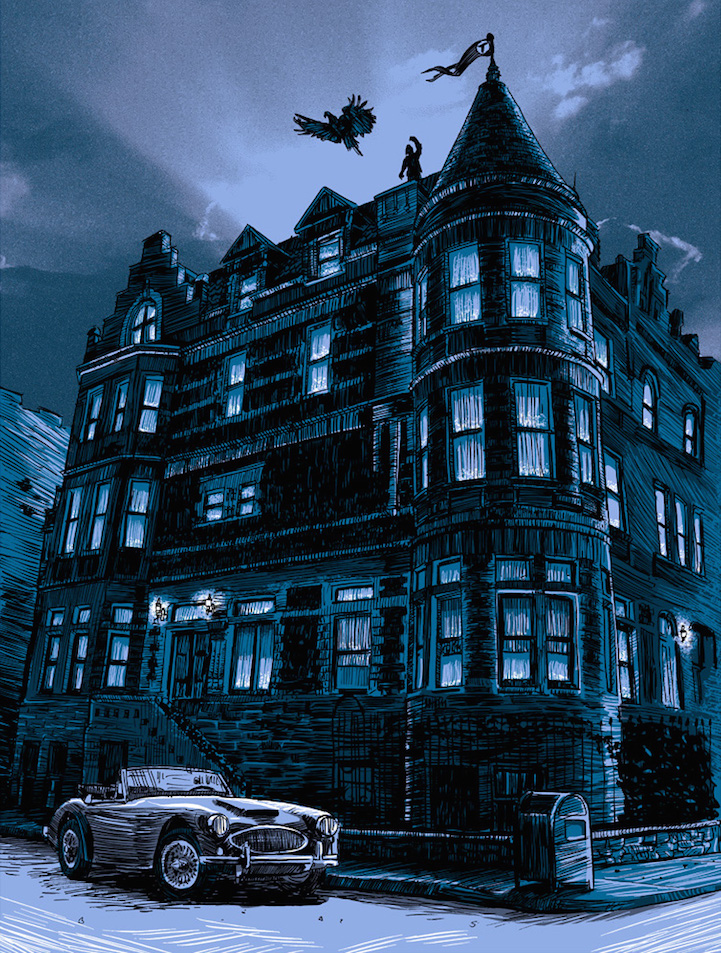 My Modern Met granted permission to use photos by Spoke Art.