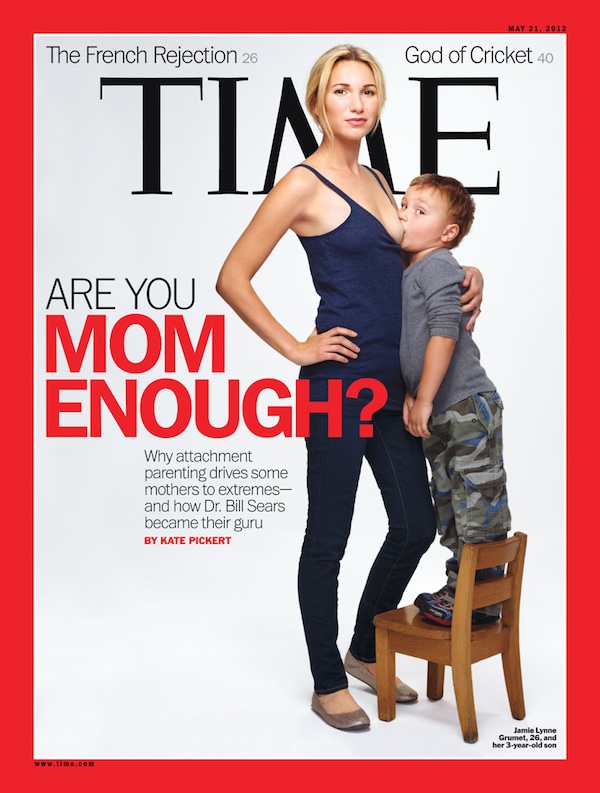 By now you've probably seen the shocking and controversial TIME magazine cover of Los Angeles-based mother Jamie Lynne Grumet breasfeeding her son, who turns four next month. Magazine expert Samir Husni called the cover “a stroke of genius” saying that it “has the entire nation talking.”

The photographer behind it, Martin Schoeller, shot four families from all around the country who practice a method of motherhood called attachment parenting. You'd be surprised to find out that Schoeller actually used religious images of the Madonna and Child as reference. 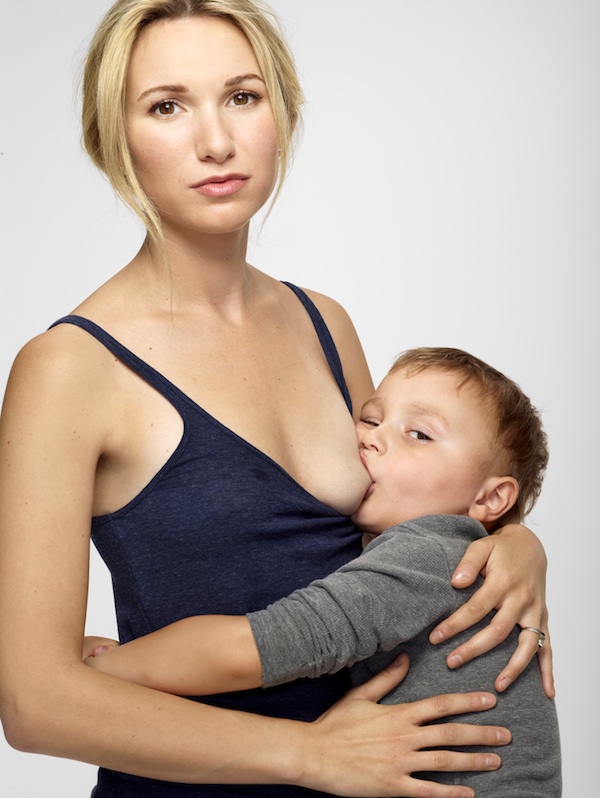 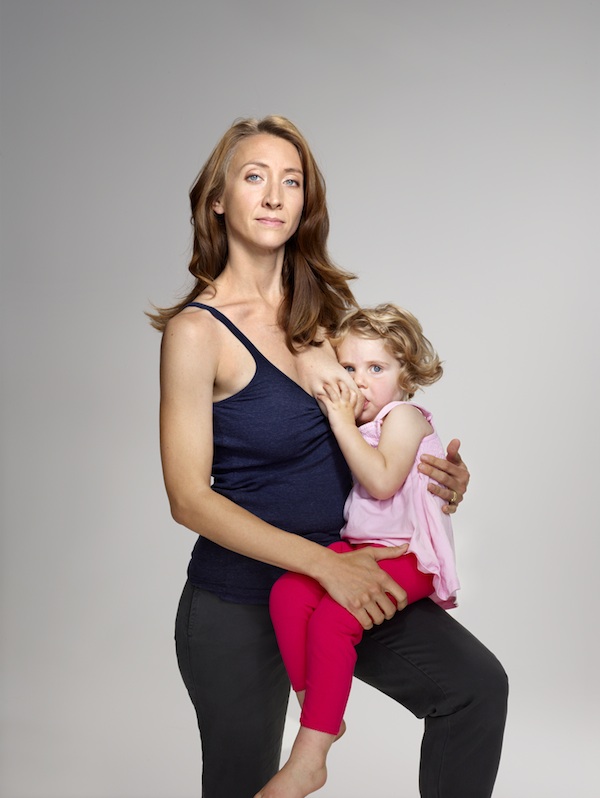 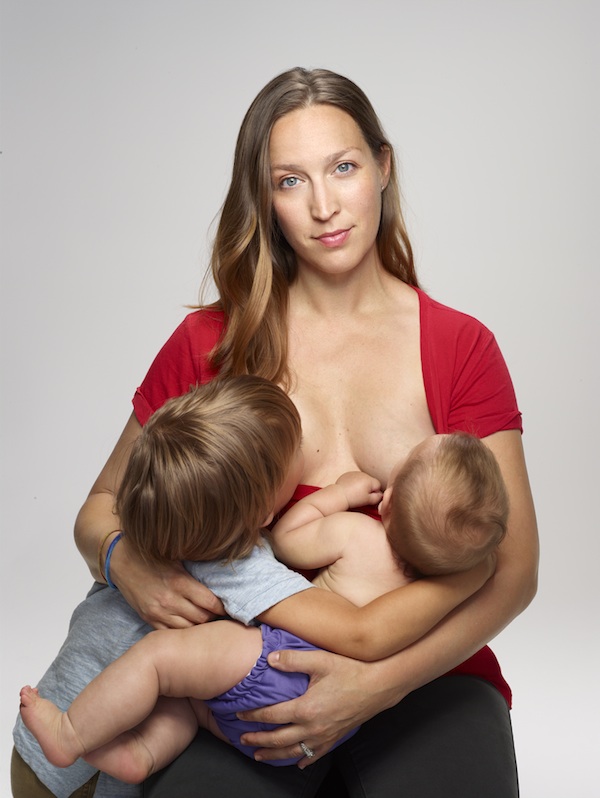 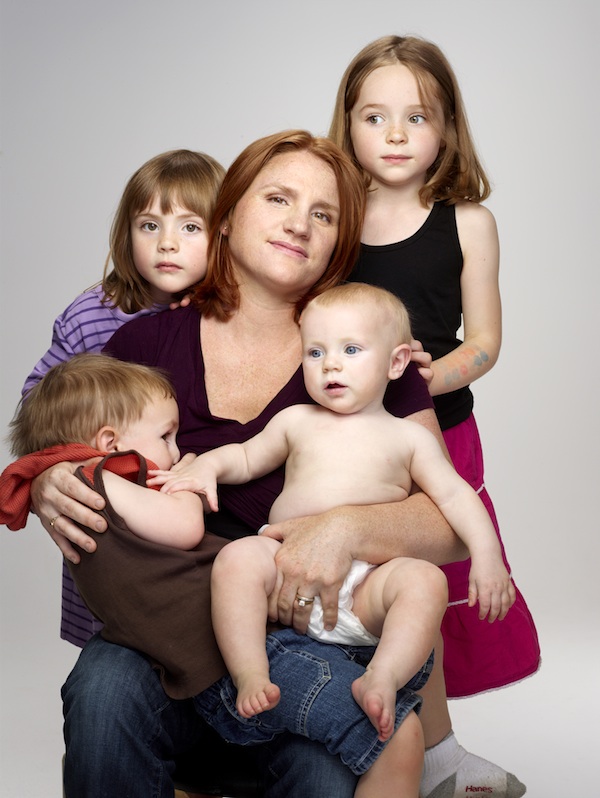 “When you think of breast-feeding, you think of mothers holding their children, which was impossible with some of these older kids,” Schoeller says. “I liked the idea of having the kids standing up to underline the point that this was an uncommon situation.”

Provocative and interesting. I'm definitely going to read the article.

Martin Schoeller is also the one behind those hilarious celebrity portraits. If you haven't seen them, make sure to check them out.