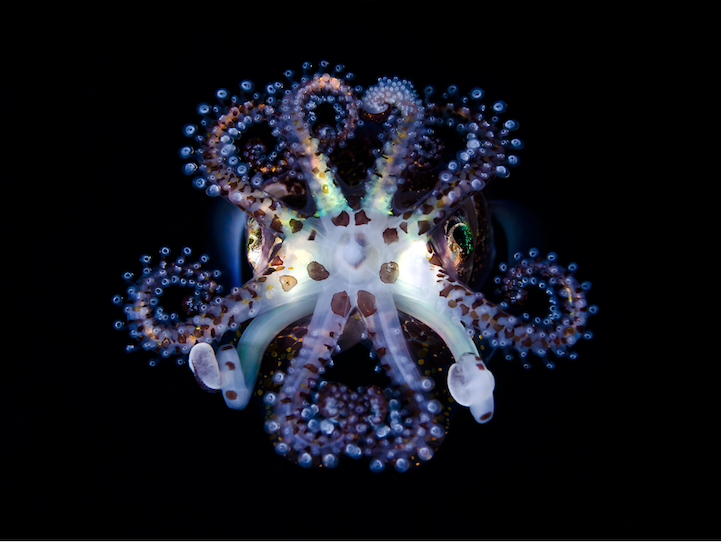 In this series, entitled Bobtail Squid, underwater photographer Todd Bretl documents the magnificent creatures in their natural habitat. The creatively composed shots transform eight curled arms and a round body into beautifully abstract shapes floating against a stark, black background.

Bretl was raised on a boat in Bermuda and has always been fond of the ocean. Since he was 12, he has been diving underwater to explore the mysteries below the sea. Eventually, he decided to carry an underwater camera along with him on a dive, stating that he became “utterly addicted to the unique balance of art, science, technology, and adventure provided by the pursuit of underwater photography.” Through his passion, the talented photographer brings the depths of the sea to the surface, finding life and personality in the magnificent world that most of us would not otherwise have the opportunity to appreciate. 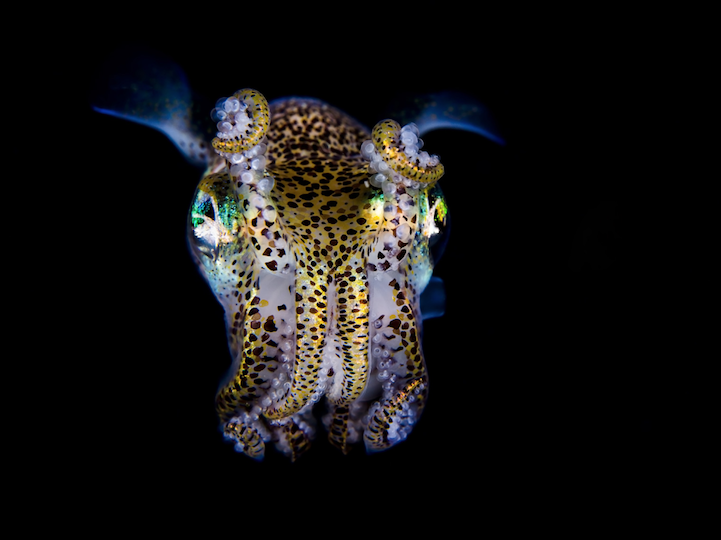 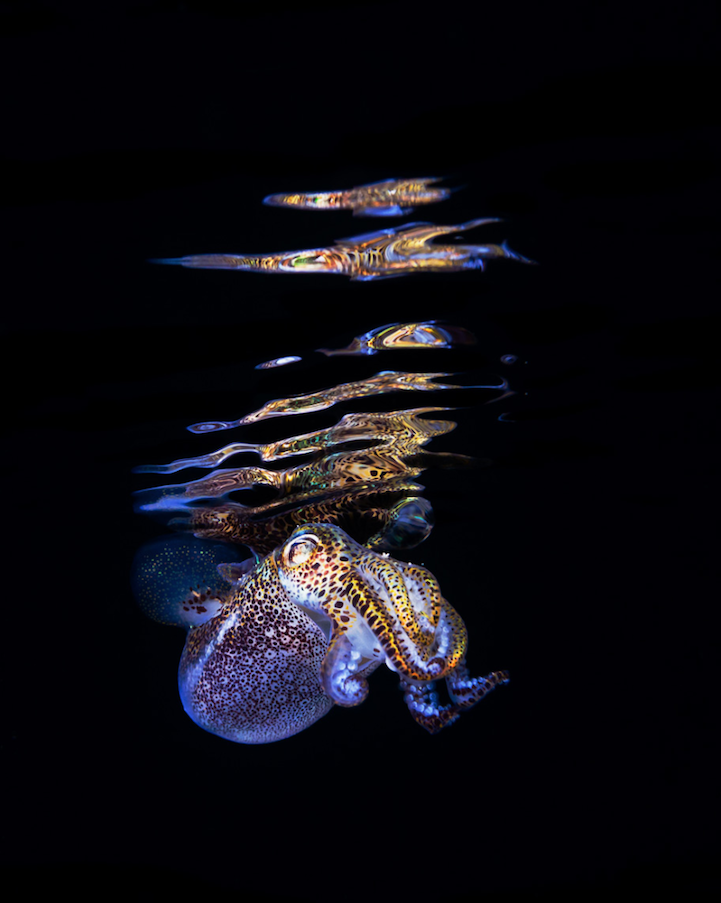 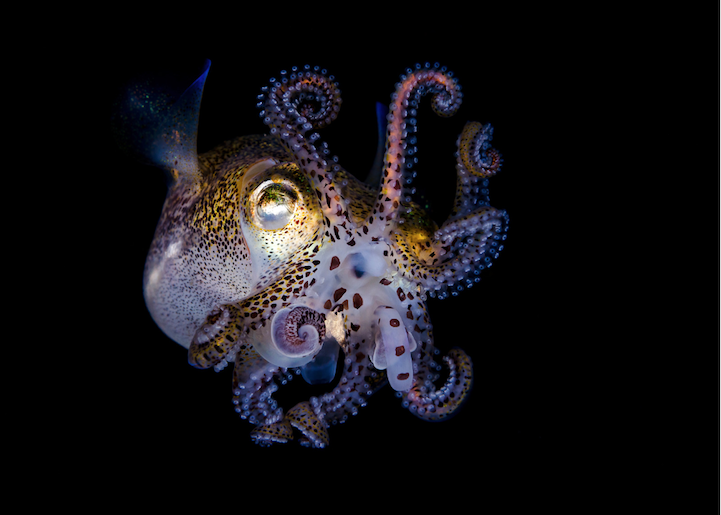 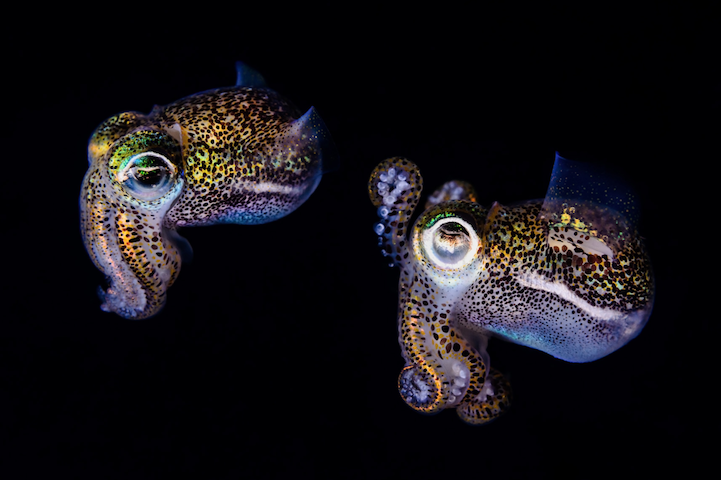 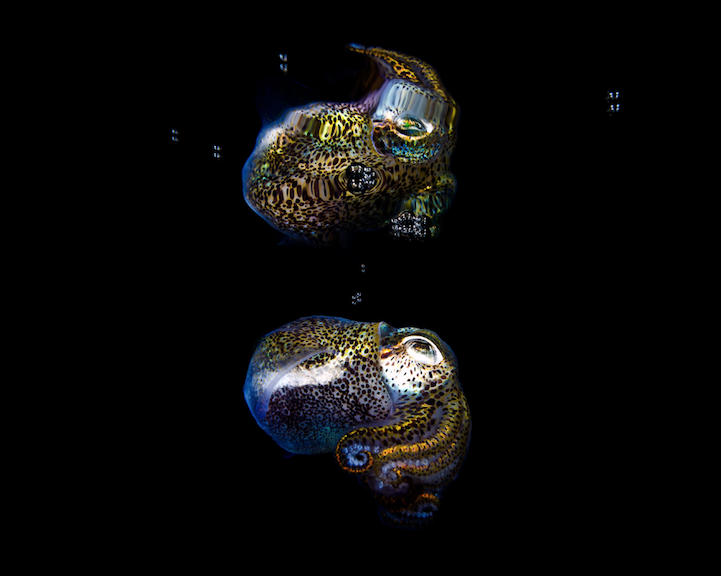 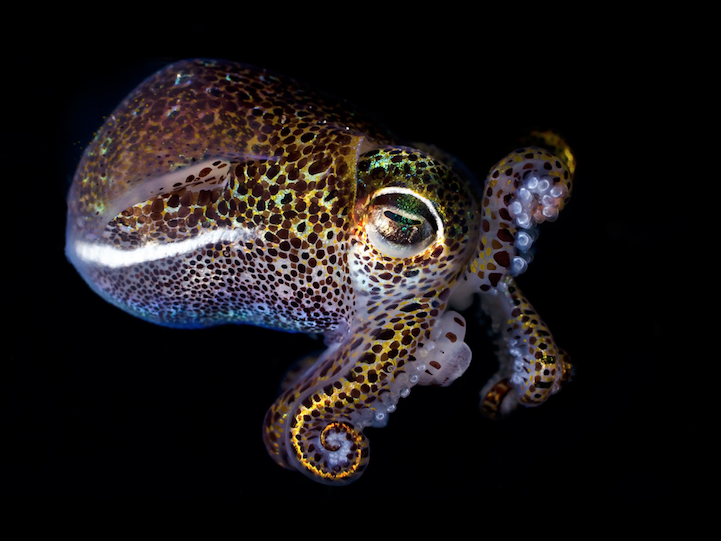 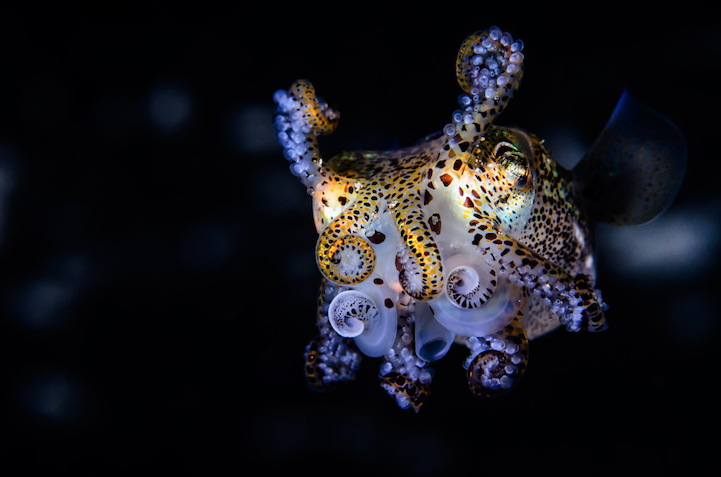