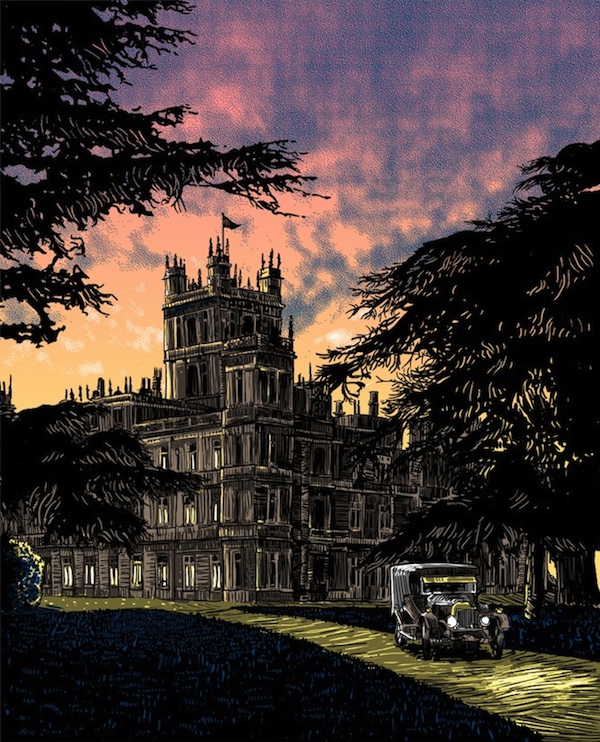 An exciting new show opens tonight at Spoke Art gallery in San Francisco that brings back award-winning artist Tim Doyle. He's created a brand new set of fantastic illustrations of locations we'll all recognize from some of our favorite television shows. Last year, we saw Doyle's creative take on iconic places like Sesame Street, Seinfeld's Monk's Cafe and The Simpson's Moe's Tavern and, this time, he's crafted hand-made screen prints as well as original pen and ink illustrations for locations associated with Dr. Who, Mr. Rogers and even the hit PBS show Downton Abbey. (Spoke Art gave us the exclusive sneak peek of Downton Abbey. Notice the glow in the dark version, below!)

From 6p-10p tonight, catch the debut of UnReal Estate II at Spoke Art San Francisco and you may even meet artist Tim Doyle himself, who will be in attendance. If you can't make the show, an online sale begins on Friday, February 8th, where you can pick up originals or prints. 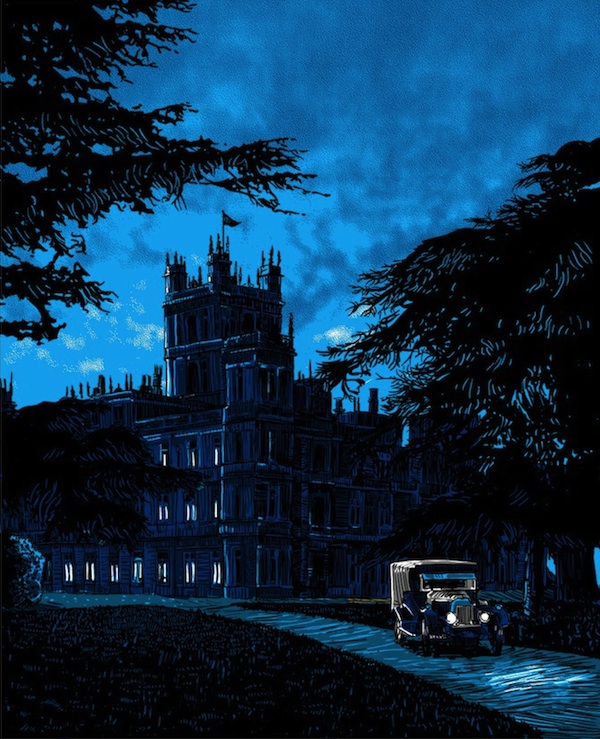 Downton Abbey (Glow in the Dark) 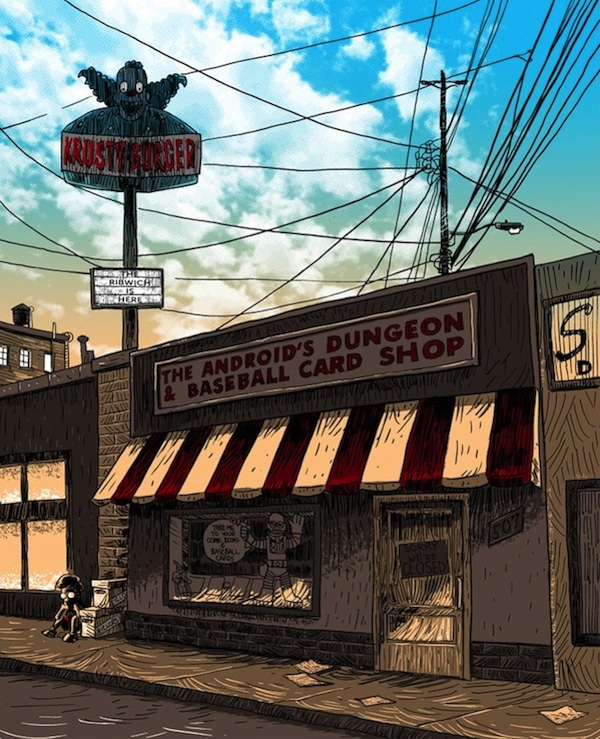 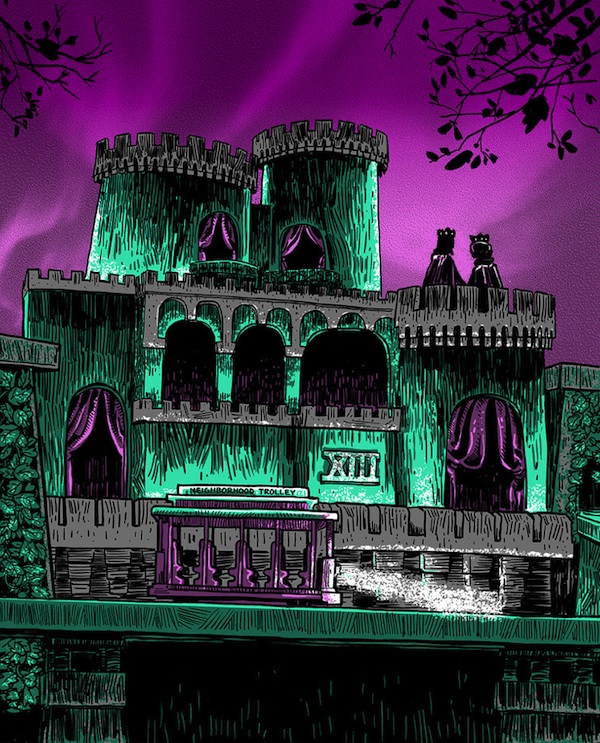 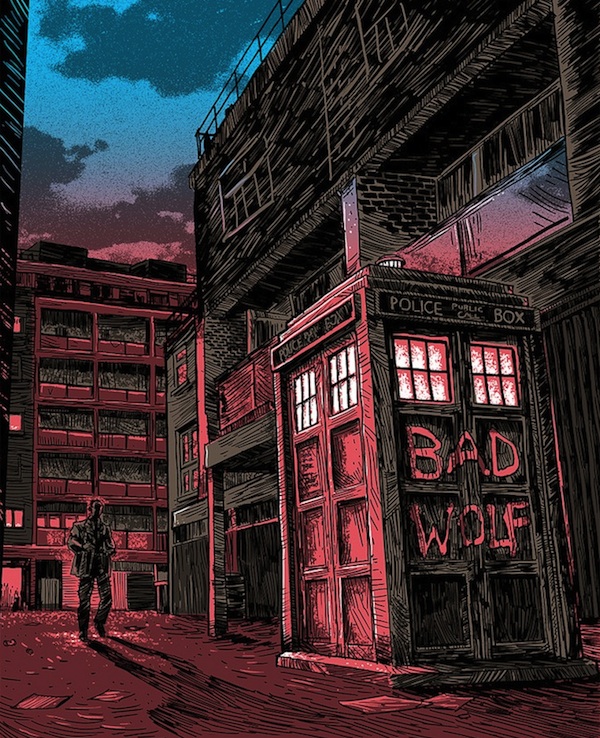 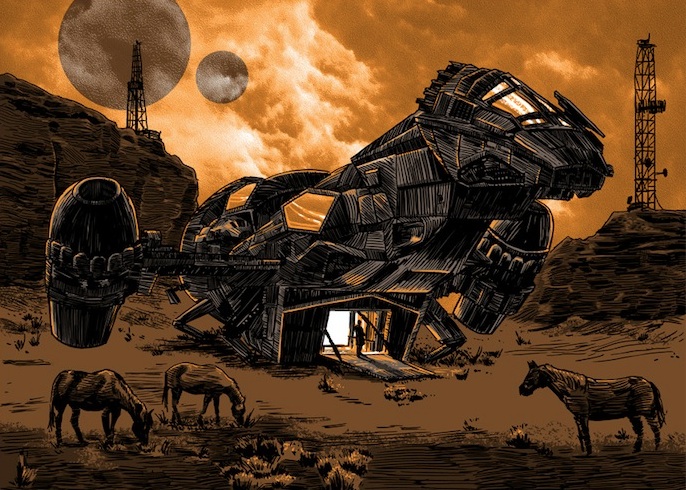 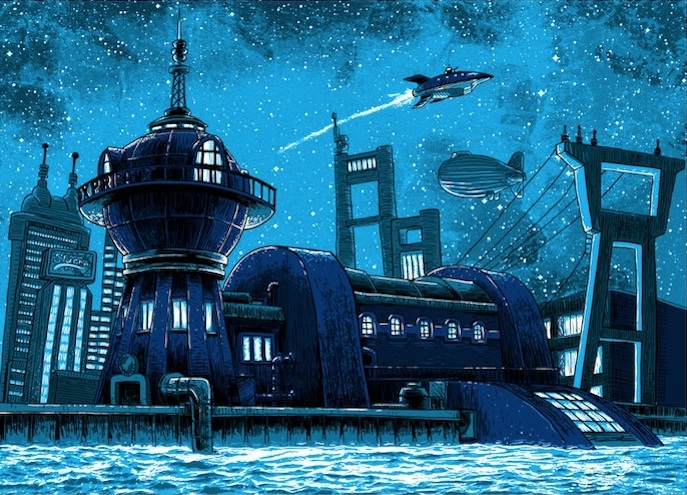 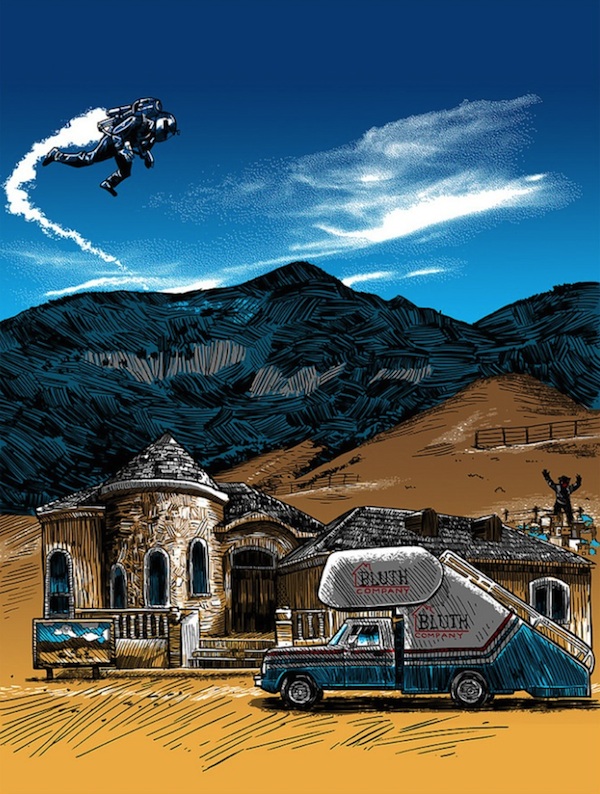