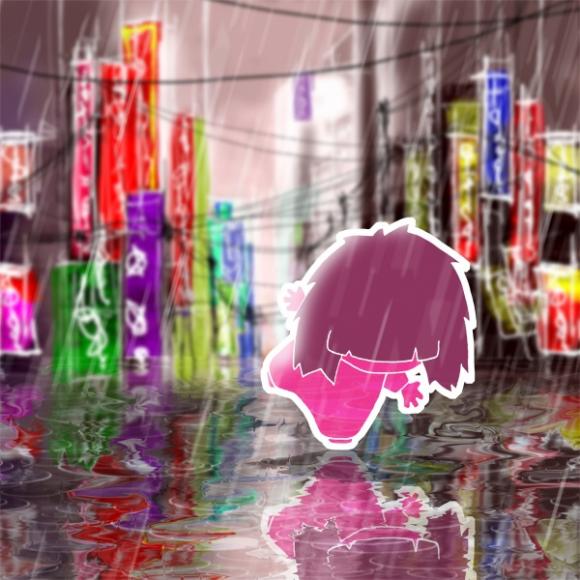 Today we have fallen in love with the adorable Japanese-inspired art by Tom Lewis. His mixed media paintings are the result of combining both traditional tools, like pencil, acrylic paint, aerosol and marker pens, with modern digital software. Instantly recognizable, his style is the blend of ancient mythology and Asian-style art with a splash of contemporary street art thrown in.

His ongoing series, called Megan and the Burobbu Boutique, follows the lives of his fictional heroine Megan along with her mysterious pink blobs the burobbu as they traverse stormy waters. Megan is part adventurer, part schoolgirl. “Tough but nave, fearless but fragile, she ends up in situations where only dramatic and powerful decisions will enable her to survive.” Lewis describes the cute burobbu as “benign observers, malevolent masterminds, or heroic leaders,” who “have yet to reveal their intentions.”

Born in Birmingham in 1979, Lewis received a BA degree in Fine Art from Middlesex University. He's since exhibited worldwide including in major cities like Hong Kong and New York. From October 4 till December 24, at the Boxpark in Shoreditch, London, the artist will put on a new solo show where he'll exhibit a series of small, limited edition, experimental paintings which will hint at themes that will appear in his upcoming 2014 show. More info can be found, here.

Now here's a sample of Tom Lewis' works. Personally, I love how he throws bright neon colors in. 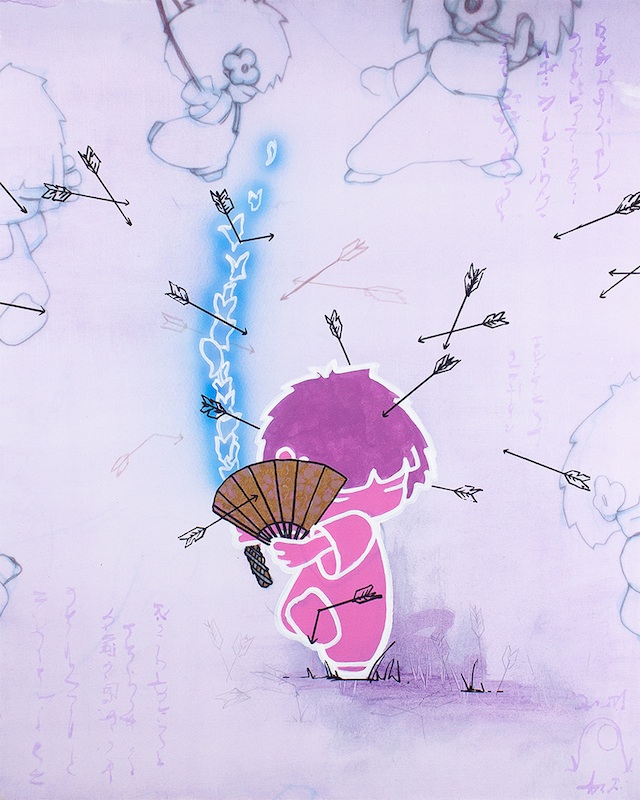 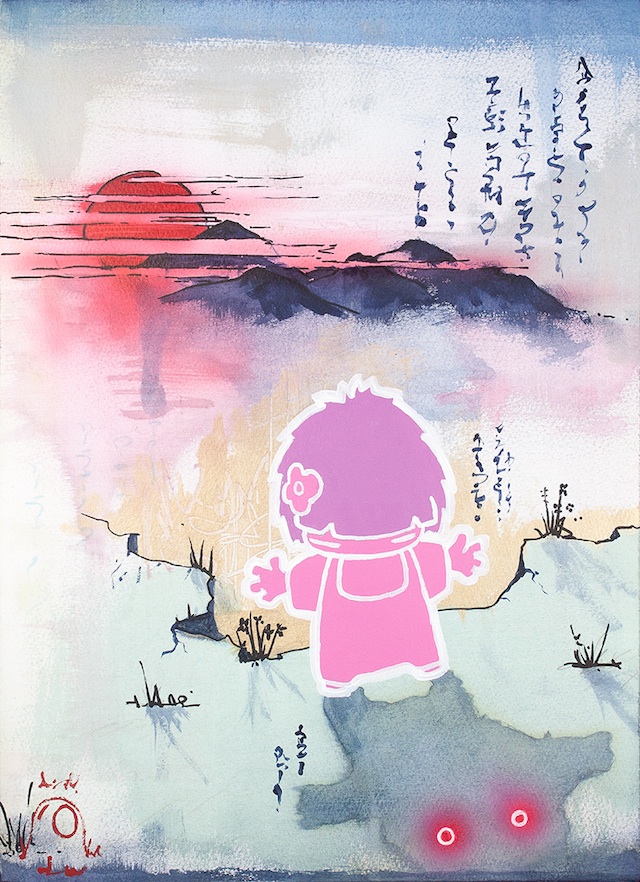 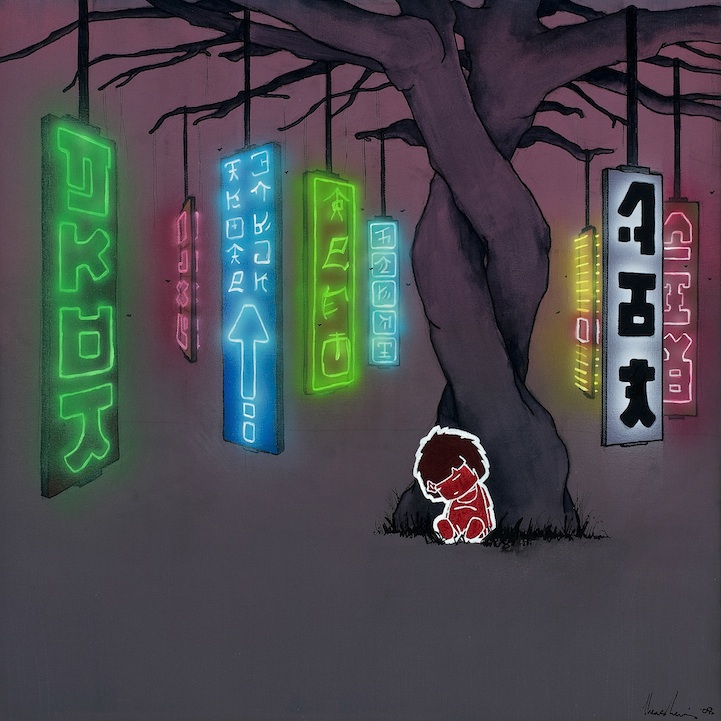 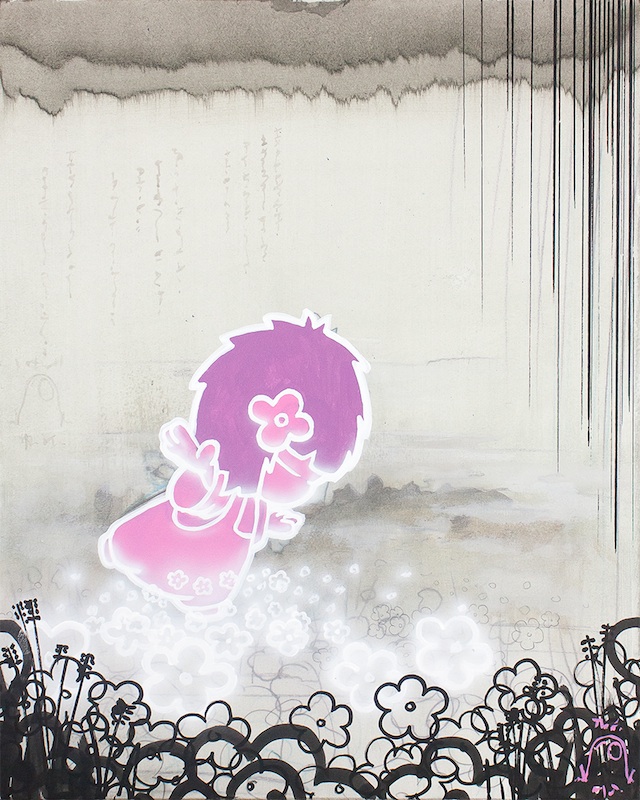 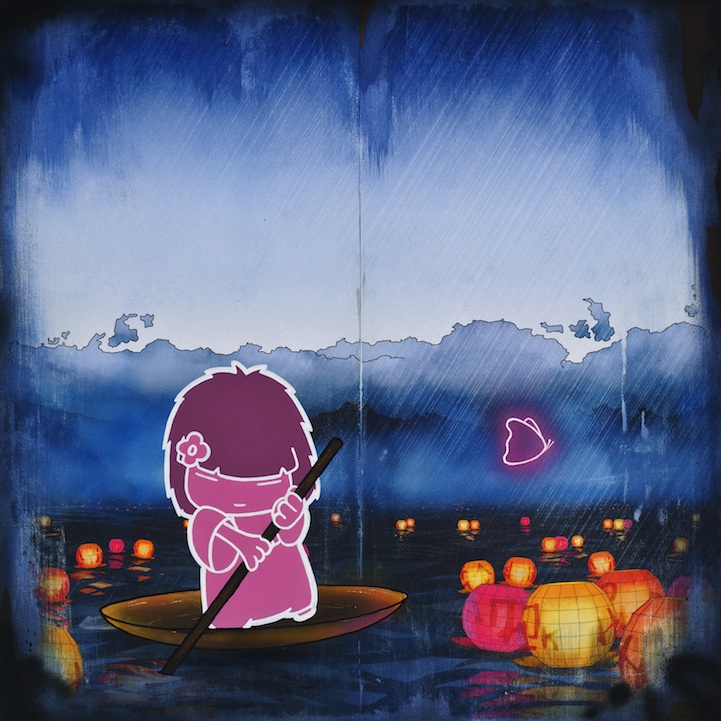 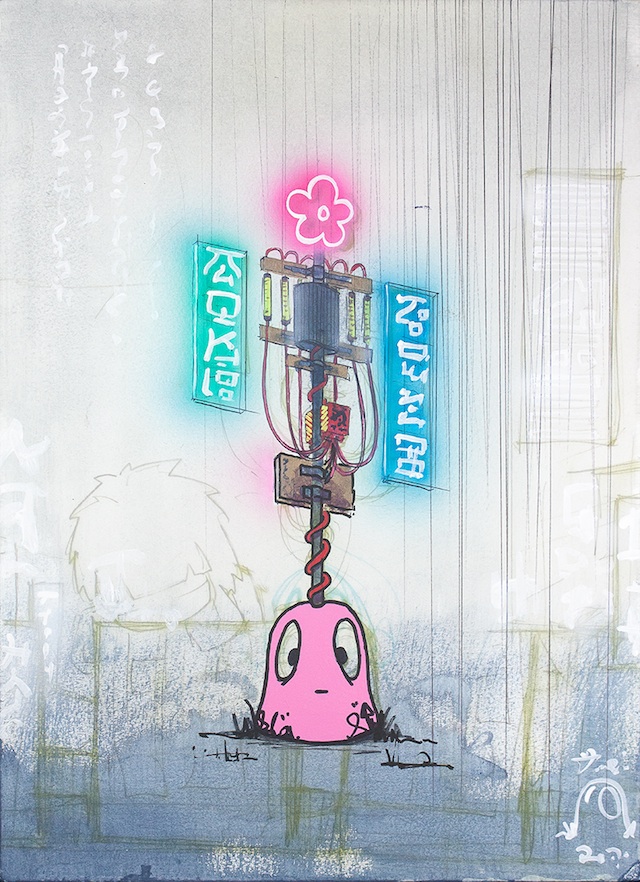 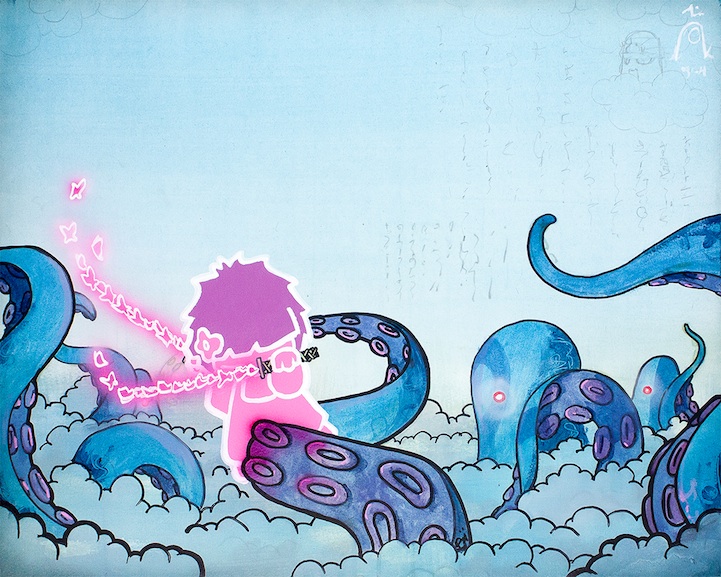 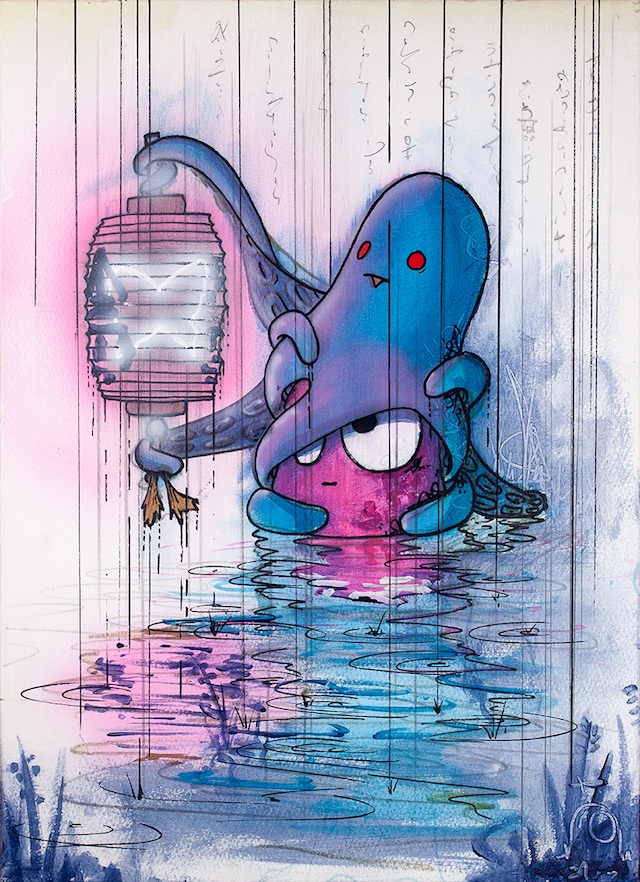 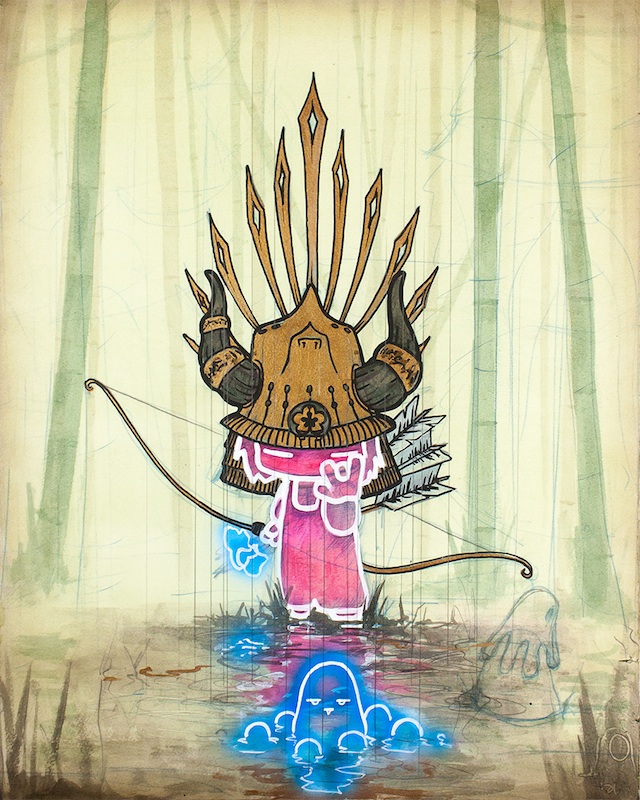