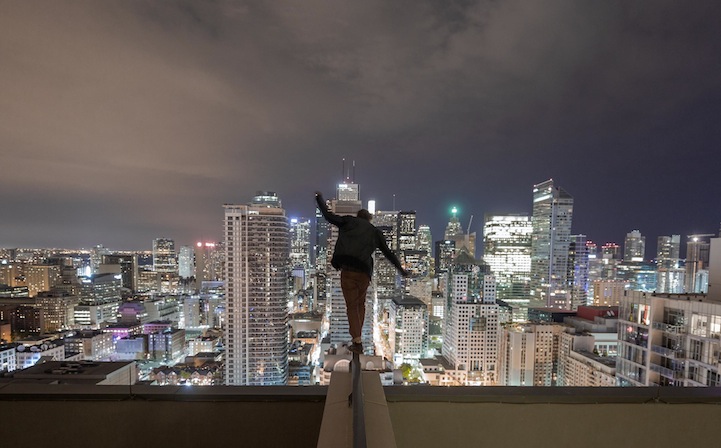 One of our favorite thrill-seeking photographers Tom Ryaboi continues to scale tall skyscrapers, expanding his Rooftopping series with incredibly daring perspectives from up above. The Toronto-based photographer, who has had an inescapable affinity for great heights since he was a toddler climbing his parents' refrigerator, manages to trek to the top of vertigo-inducing towers with a team of like-minded friends and snap beautiful shots of them against the amazing cityscape.

Whether they feature someone dangling their feet from the edge of a building, tip-toeing on the ledge, or hanging from a rail, each image presents a unique, aerial viewpoint of these young adventurers exploring and appreciating their urban landscape. As Ryaboi told us in the past: “Sitting on a roof of a skyscraper in the core of the city, everything slows down, the sounds from the busy streets are muted and the speeding cars and people below become small and inconsequential. What becomes prominent is the sheer beauty of the city, the rising columns from the ground to the sky, the bridges and highways and the rest of the infrastructure that pulls it all together.” 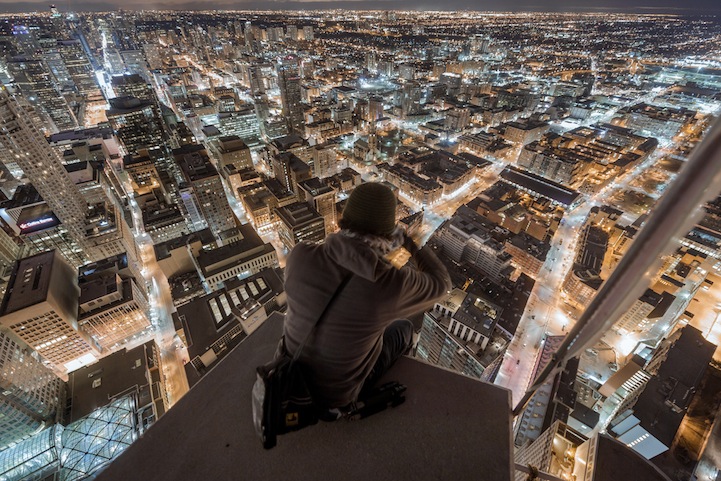 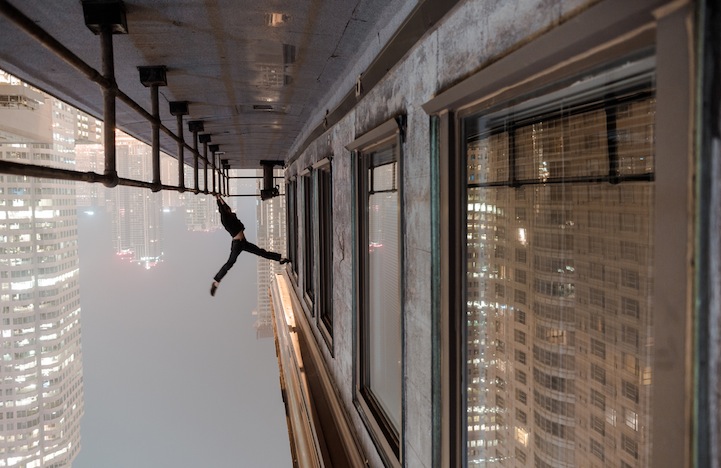 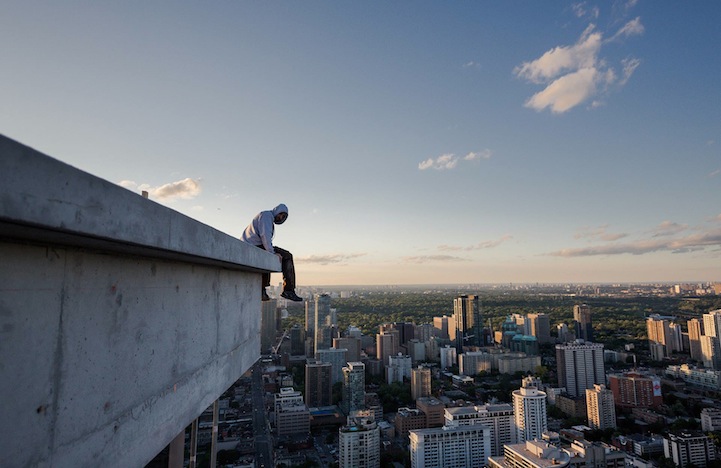 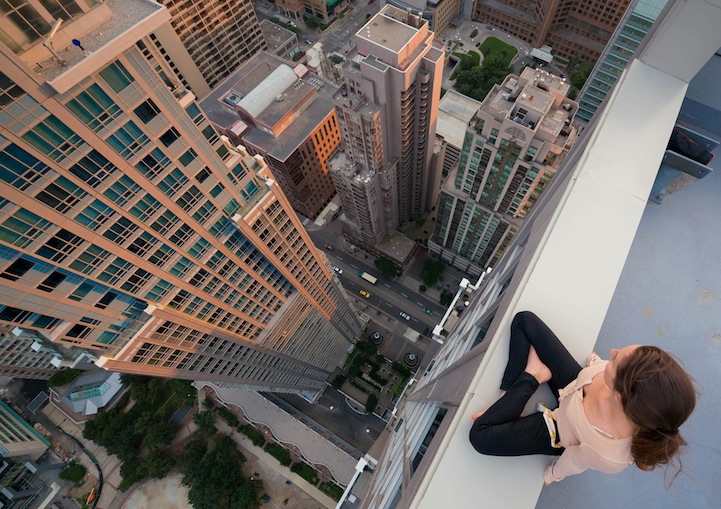 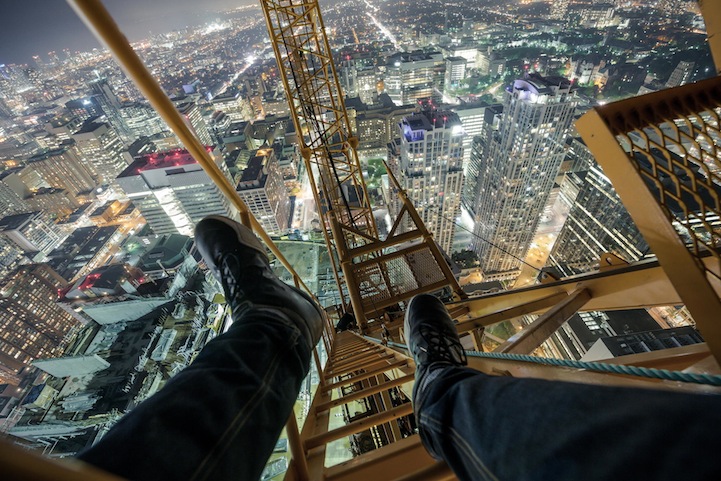 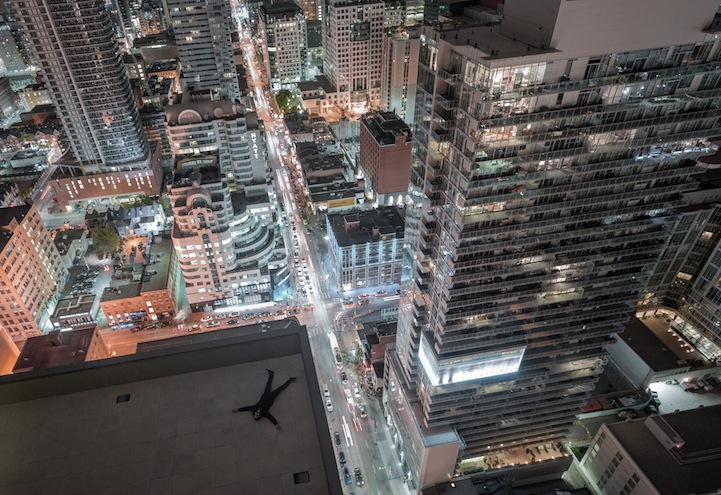 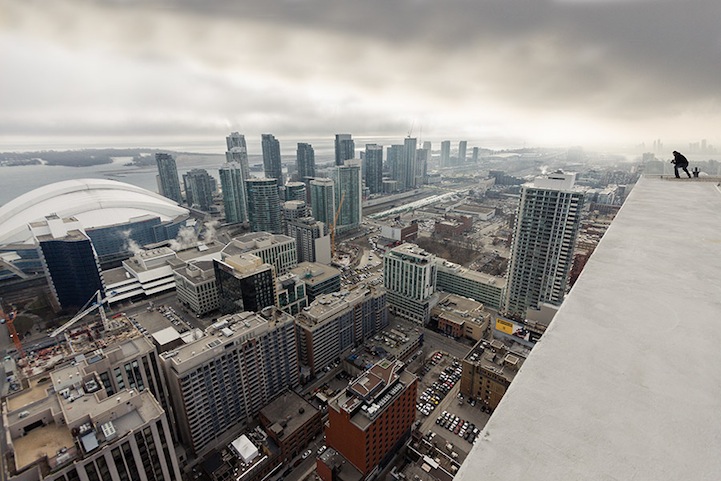 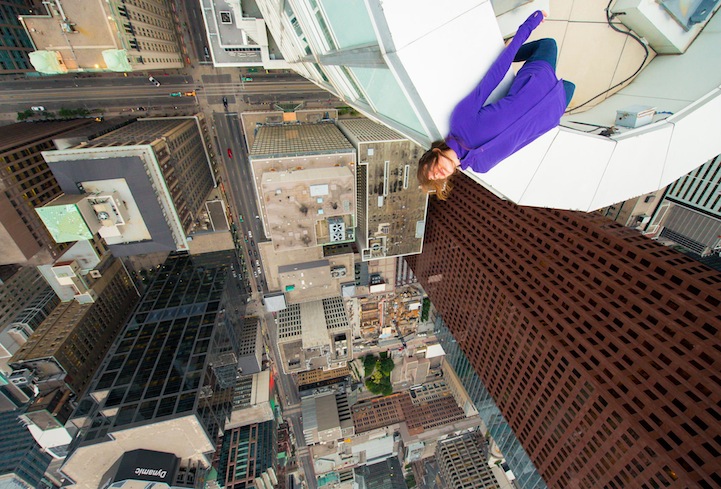 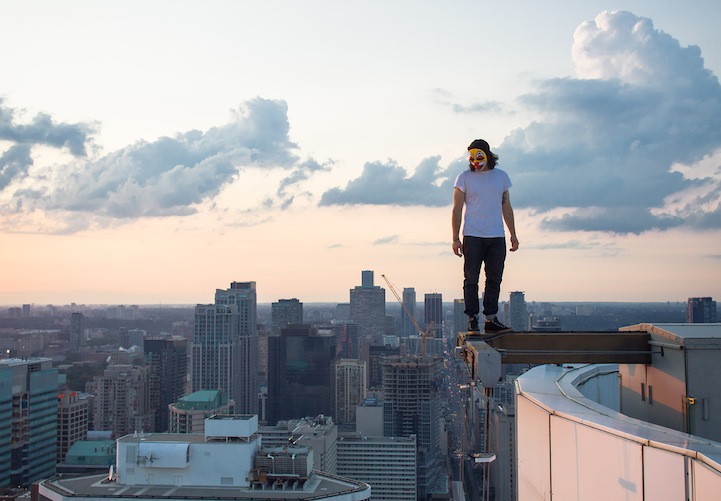