Massive Stonehenge Replica Made of Cars 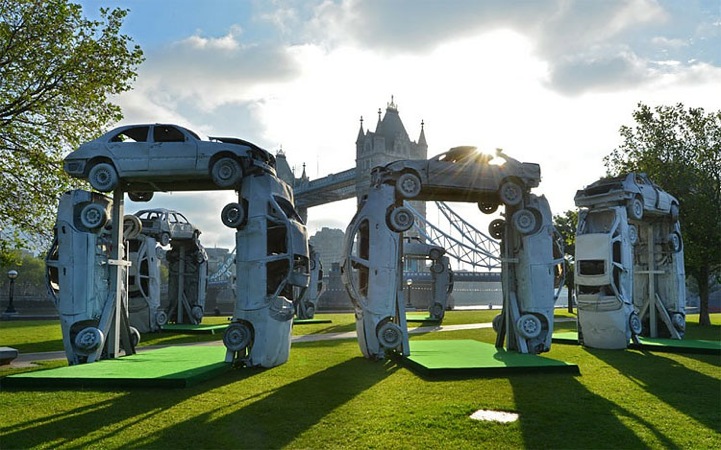 Artist Tommy Gun and his team of workers took 3 months to create this 36-ton Stonehenge replica made out of cars called Citihenge, though it is also referred to as Skodahenge. The Czech car company Skoda commissioned the life-size installation that sits on London's South Bank near the Tower Bridge, welcoming the summer solstice and simultaneously unveiling Skoda's new Citigo car.

Using 18 junk cars that reach 5 meters in height, the unconventional sculptural installation gives new life to its surroundings, despite its discarded makeup. Each Neolithic stone-like figure is a construction of approximately three salvaged automobiles, painted to replicate rocky materials against the verdurous terrain, making for a dichotomous “nature versus technology” scheme. The structure, which happens to be entirely recyclable, is also designed to be sturdy enough to withstand a Force 12 hurricane.

Unlike Stonehenge, Citihenge is set to keep moving, taking a nationwide tour in the UK including a stop at the Goodwood Festival of Speed in West Sussex from June 28 to July 1, 2012. 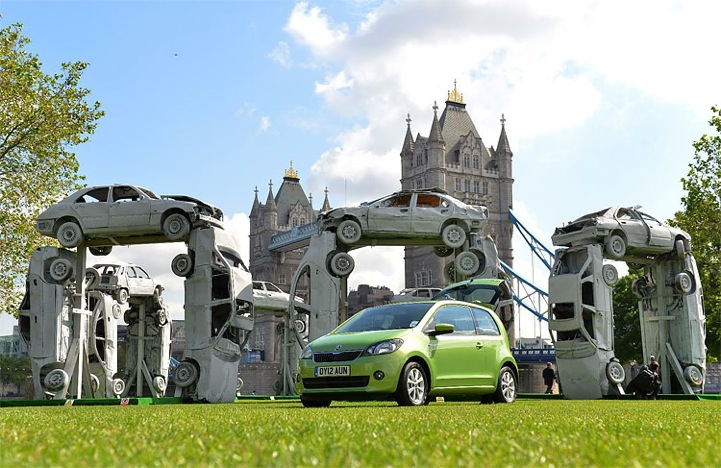 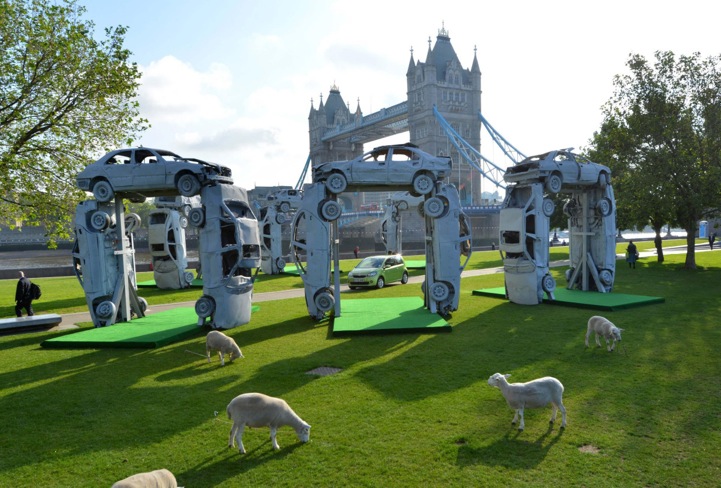 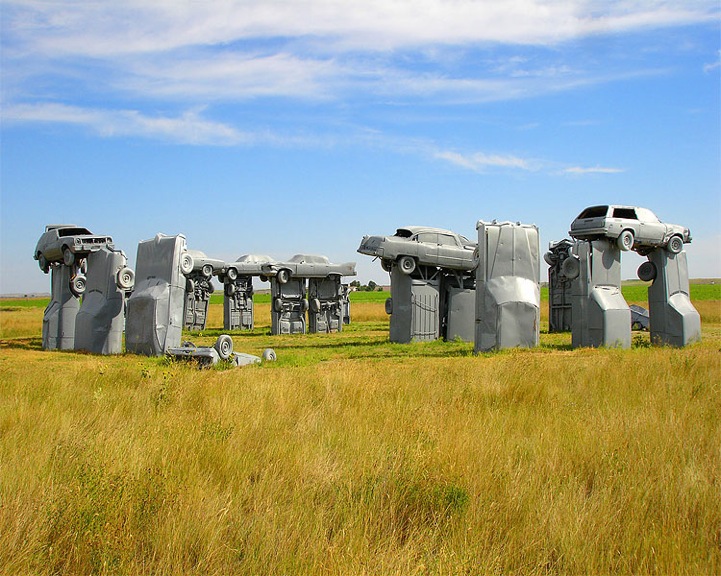 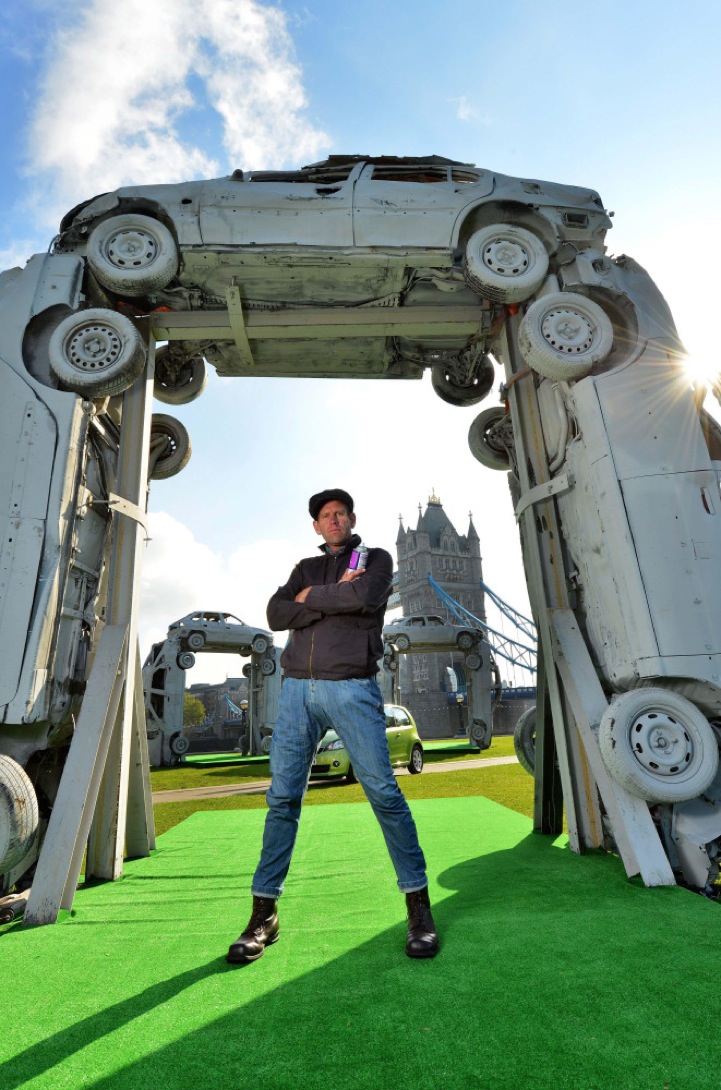