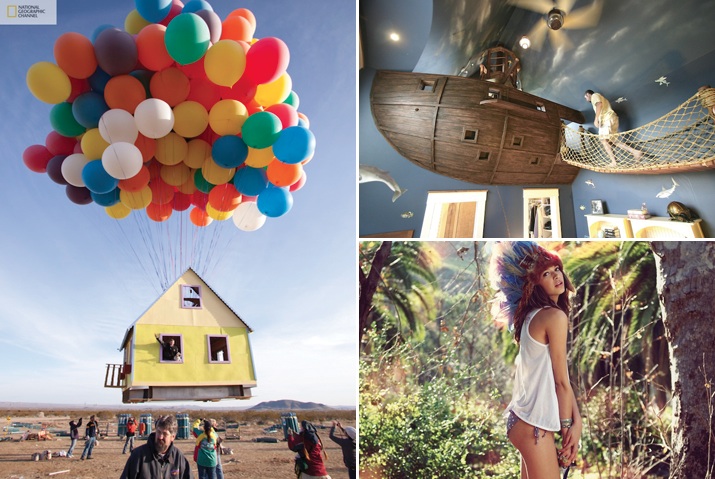 What a March! Now that we have some time to stop and catch our breath, we wanted to take a much needed look back on the most viral content on My Modern Met in March. Can you believe we had the most visitors to our site ever in one month with 2 million coming in to check out everything from a magic mud man to an Up-inspired floating house? Take a look back with us, if you will, to experience for the first time or once again, all that’s creative in this world. Enjoy!

10. The Incredible Making of Wonderland 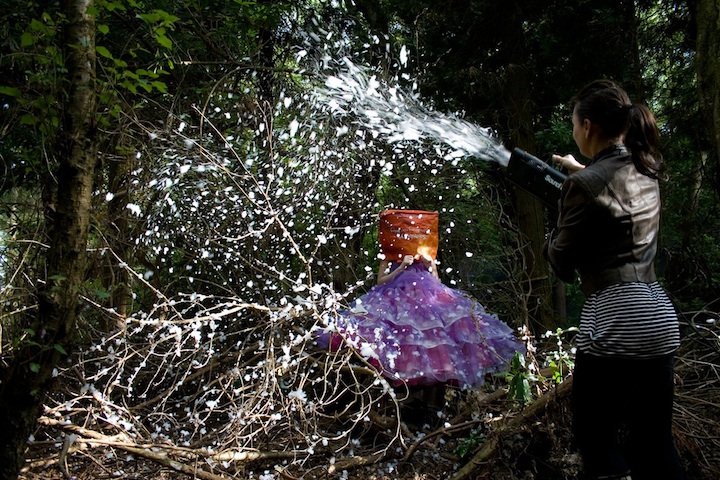 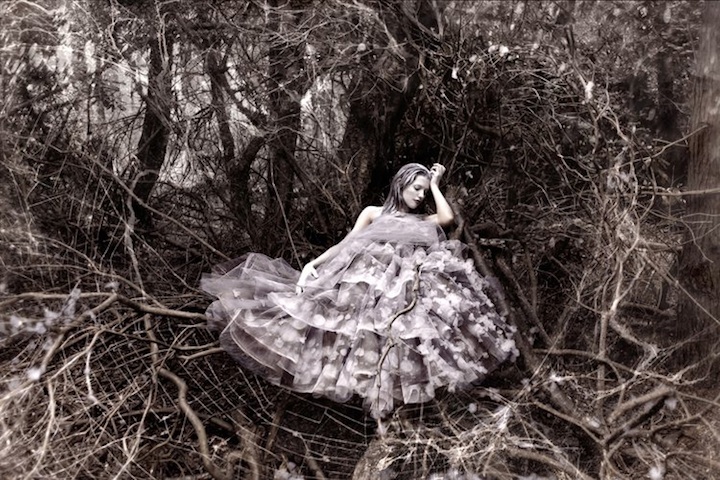 If I could live in a magical world filled with fairy-tale like characters, I’d hope it was created by Kirsty Mitchell. Her dedication to crafting such meticulously beautiful and unique scenes really comes through in, no kidding, every single one of her shots. [Link]

9. Caught in the Moment 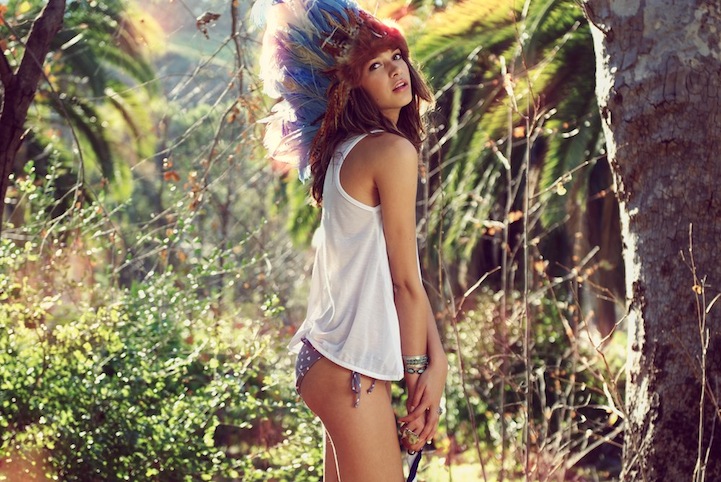 With his latest work, LA-based photographer Carlos Nunez continues to impress us. Telling a story with every scene, he leaves us mesmerized with every shot. There’s so much to love about his sexually-charged photos, including the way his gorgeous models are showered in near perfect light. [Link] 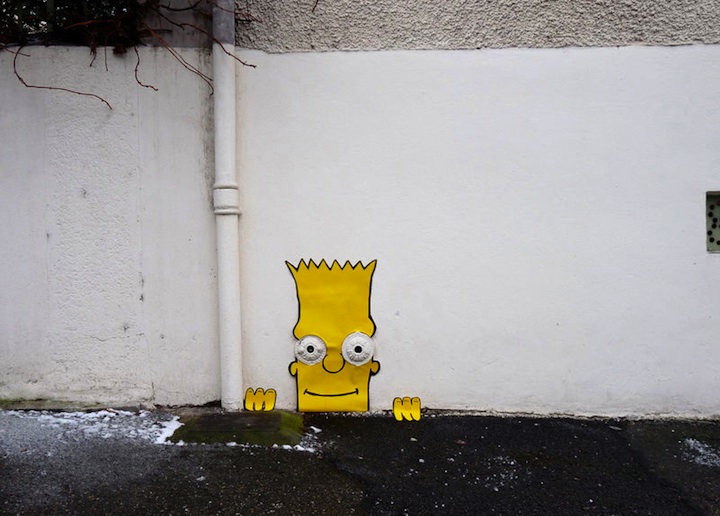 Banksy makes us think with his satirical street art. TED prize winner JR inspires us with his soulful portraits. But it’s only OakoAk who can make us laugh with his cute and clever pieces. [Link] 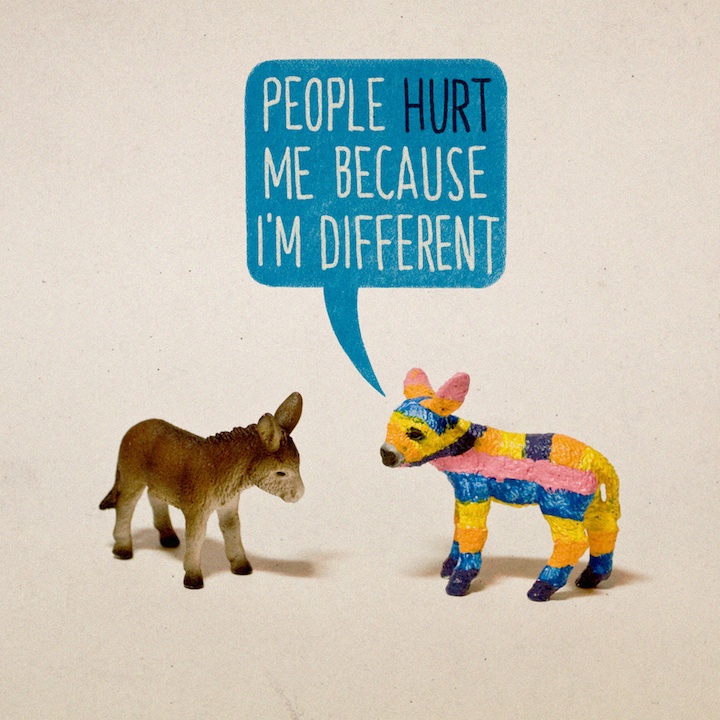 Last time we caught up with Aled Lewis he was making us laugh with his mischievous 8-bit characters and now he’s practically making us roll on the floor with these funny plastic toys! It’s all part of Make Something 365, a self-initiated project where he attempts to create something every day of the year. While visiting toy stores, he became fascinated by all the detail in rigid plastic toys so he decided to start this series. [Link] 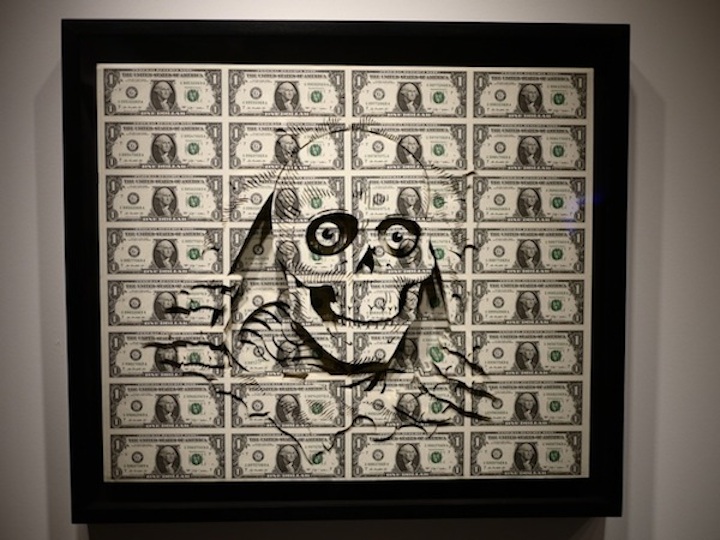 While most people cringe at the thought of destroying money, Brooklyn-based tattoo artist Scott Campbell sees it as the perfect medium to showcase his impressive skill set. By laser-cutting each dollar individually with surgeon-like precision, then arranging them into 100-dollar stacks, Campbell creates highly detailed pieces that are almost too bizarre to believe. In essence, he destroys to create. [Link] 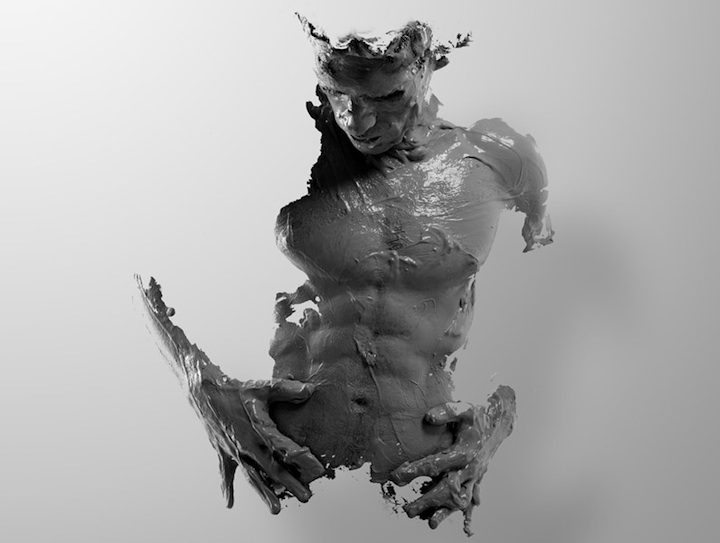 31-year-old Alejandro Maestre Gasteazi has created an incredibly interesting photographic series about the struggle of an artist. First, though, you may be asking yourself these questions: Exactly, what are we looking at? How did the photographer achieve this strange, sculpture-like illusion? [Link] 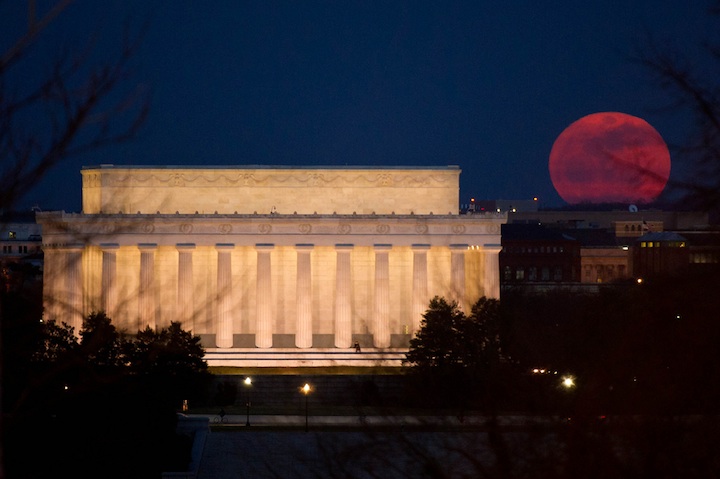 Photographers (and even NASA) came out in full force to experience the largest full moon in more than 18 years (or since 1993). Did you miss it? No problem. Taken mostly from Flickr photographers from all around the world, here are ten of the best supermoon photos we’ve seen. [Link] 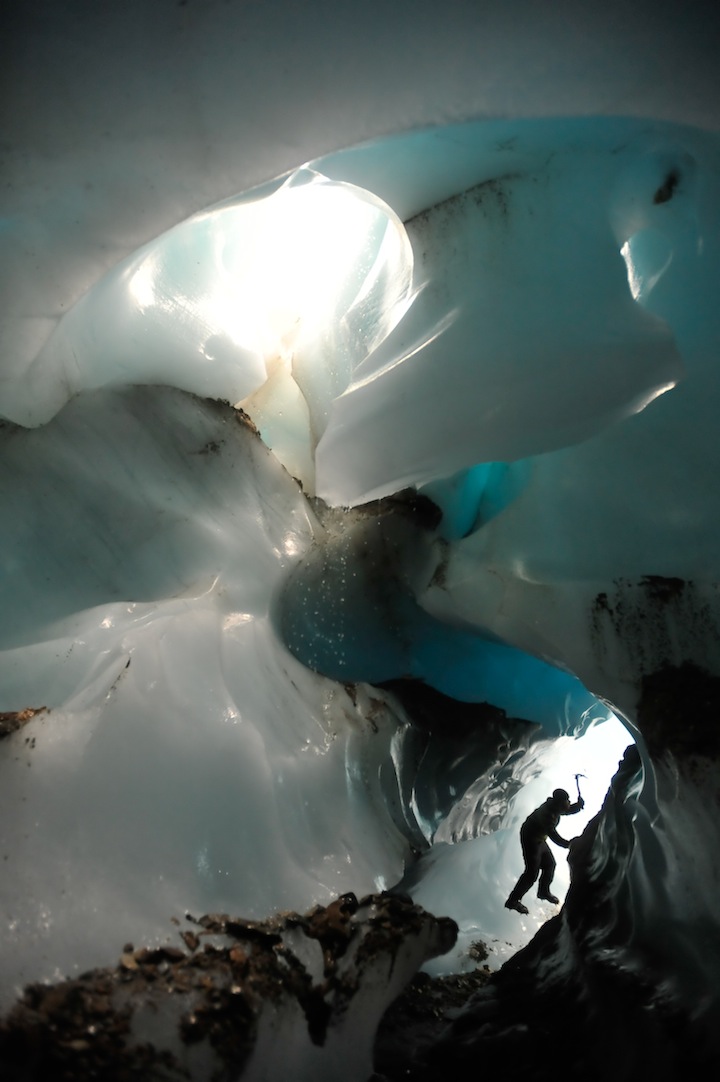 Six years ago, Eric Guth spotted a small opening on the edge of Mendenhall Glacier in Juneau, Alaska. He hiked to it with the intent of walking around as he’d seen others do before. But something compelled him to look inside. [Link] 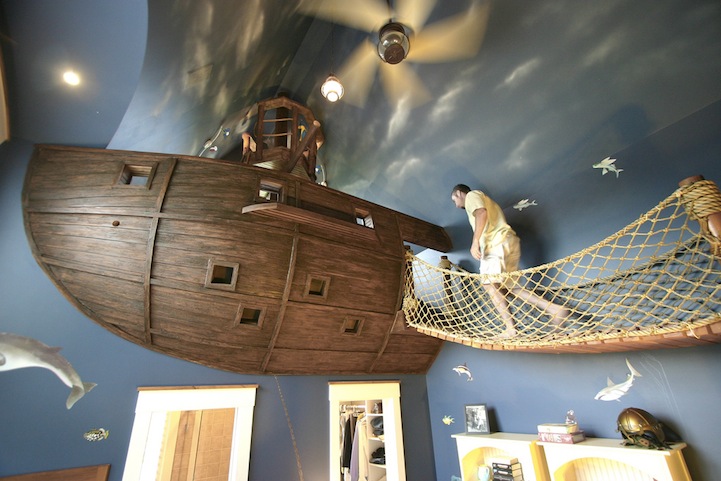 Designer Steve Kuhl fulfills every boy’s fantasy with this insanely cool pirate ship bedroom. The six-year-old occupant from Minnesota chose between a space ship, race car, castle, and pirate ship. Most of us would probably agree, he made an excellent decision. [Link] 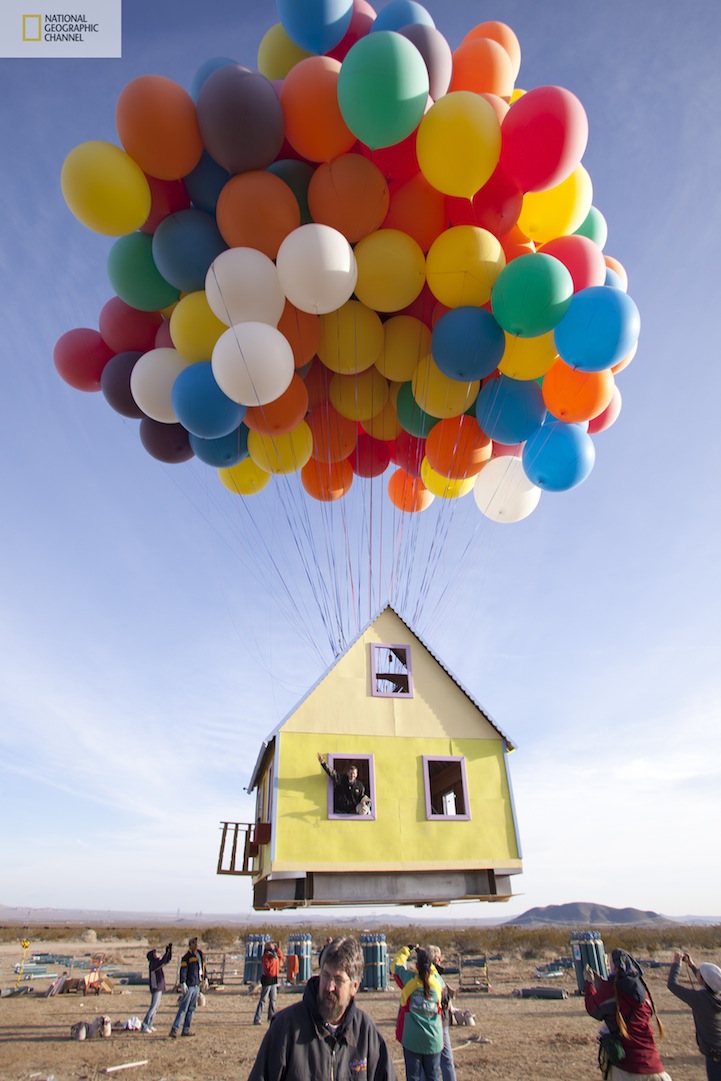 Our awesome partners over at National Geographic sent over these incredible photos, as they just wrapped up creating a real-life version of Pixar’s animated hit film Up. It’s pretty amazing what human beings are capable of. [Link]