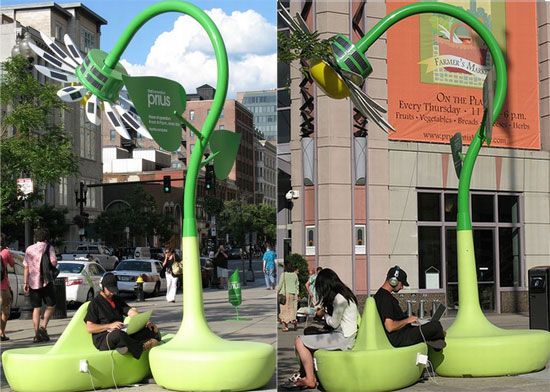 I've always felt that companies who give people an “experience” are the ones that will touch the hearts and open the wallets of their consumers. Rather than slap on a giant billboard in Times Square, show us that you understand our needs, delight us with your creativity and ingenuity.

Toyota has done just that with their solar powered wi-fi stations. As part of their national marketing campaign for the 2010 3rd-generation Prius launch, they've “planted” 18-feet-high flower sculptures starting in Boston and rolling out to major US cities. The Toyota solar daisies represent the Prius' theme “Harmony Between Man, Nature and Machine.

Powered by solar panels embedded at the back of the petals and the base of the stem of the flower, the solar station models the solar roof of the 3rd-generation Prius that will be using solar power to ventilate the interior when parked in the sun. Be one of the ten people to sit on their curvy bench near a daisy and you'll enjoy free Wi-Fi access and charge your cellphones, laptops and other gadgets. 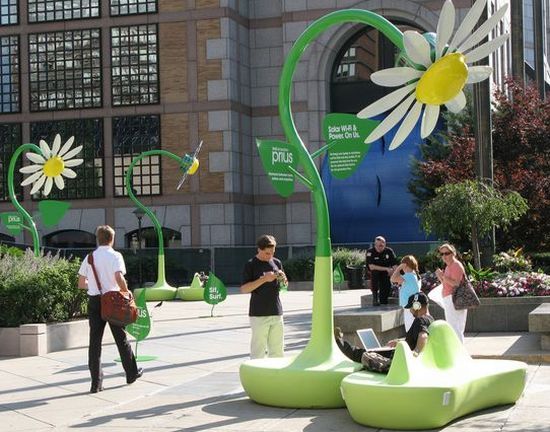 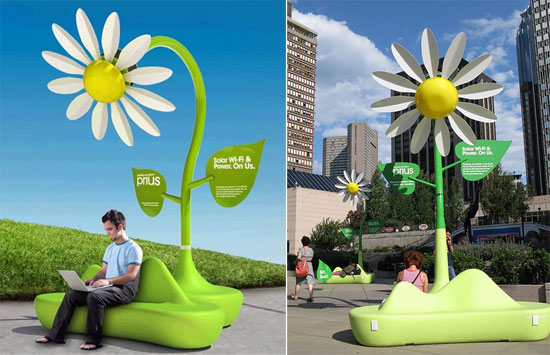 They've since moved out of Boston and will hopefully be making their way to your city soon. Way to go Toyota for creating this clever marketing campaign!