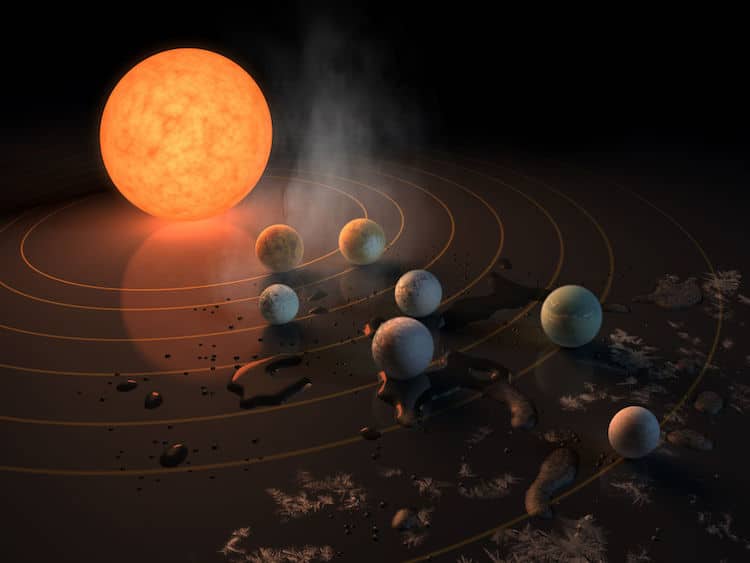 Does alien life exist? It's a question asked by everyone from David Bowie to The X-Files, but an exciting discovery by researchers may bring us one step closer to knowing the truth. In a study published in Nature, scientists revealed the discovery of seven Earth-size planets around a single star.

The system is tied to the dwarf-star TRAPPIST-1, which is located 39 light-years away from Earth in the constellation Aquarius. And while scientists previously knew of four planets in the system, it was only when the planets passed in front of the star—blocking some of its light—that all seven were visible.

“It's the first time we've found so many Earth-sized planets in a single system,” says Emmanual Jehin, one of the co-authors of the Nature article. 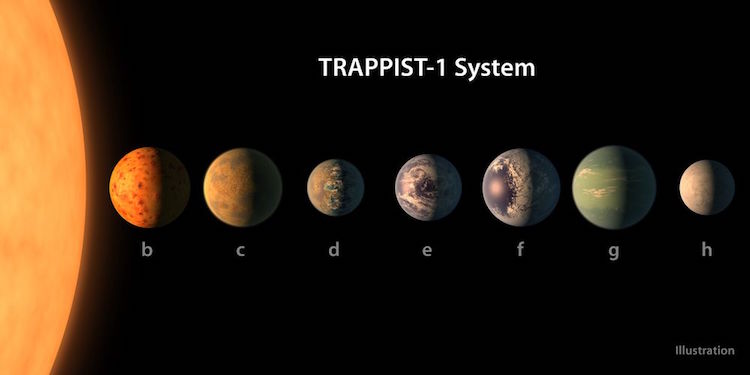 The three planets closest to the star are thought to be too hot to carry water, while the seventh planet is too cold. But, the middle three planets fall into a zone where it's just possible they may contain alien life. If they have Earth-like atmospheres where oceans, rivers, and lakes form part of the landscape, this would be evidence that the planets may be inhabitable.

“This discovery could be a significant piece in the puzzle of finding habitable environments, places that are conducive to life,” explains Thomas Zurbuchen, associate administrator of the agency's Science Mission Directorate in Washington. “Answering the question ‘are we alone' is a top science priority and finding so many planets like these for the first time in the habitable zone is a remarkable step forward toward that goal.” 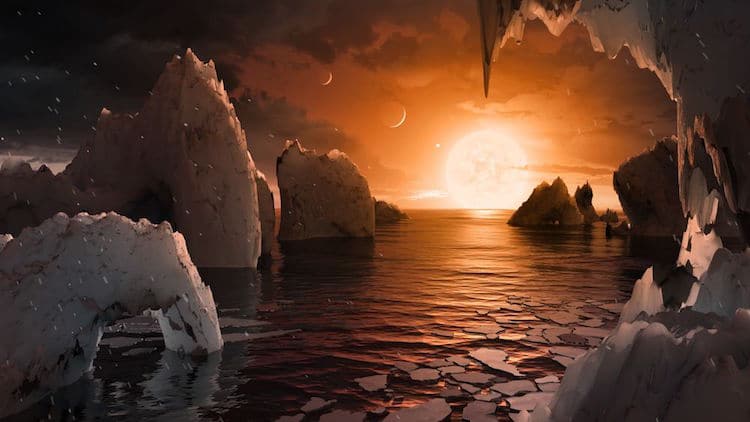 An artist's rendering of the surface of TRAPPIST-1f.

Because TRAPPIST-1's planets are located outside of our solar system, they are known as exoplanets. Spitzer, an infrared telescope that trails Earth, has been useful in studying them. Using data from Spitzer, scientists were able to measure the size and density of the exoplanets. Based on density, six are likely to be rocky. Further studies are needed in regards to the furthest planet, but it's thought to be an icy, “snowball-like” world.

Because the TRAPPIST-1 is a dwarf star, it's much cooler than our sun, meaning that even planets relatively close to it could contain water. In fact, the new planetary system is quite compact. All seven planets orbit closer to their host star than Mercury is to the sun. In fact, the planets are so close together that it's possible that if a person were on a planet and gazing into the sky, they would be able to see geological features of the neighboring planet. 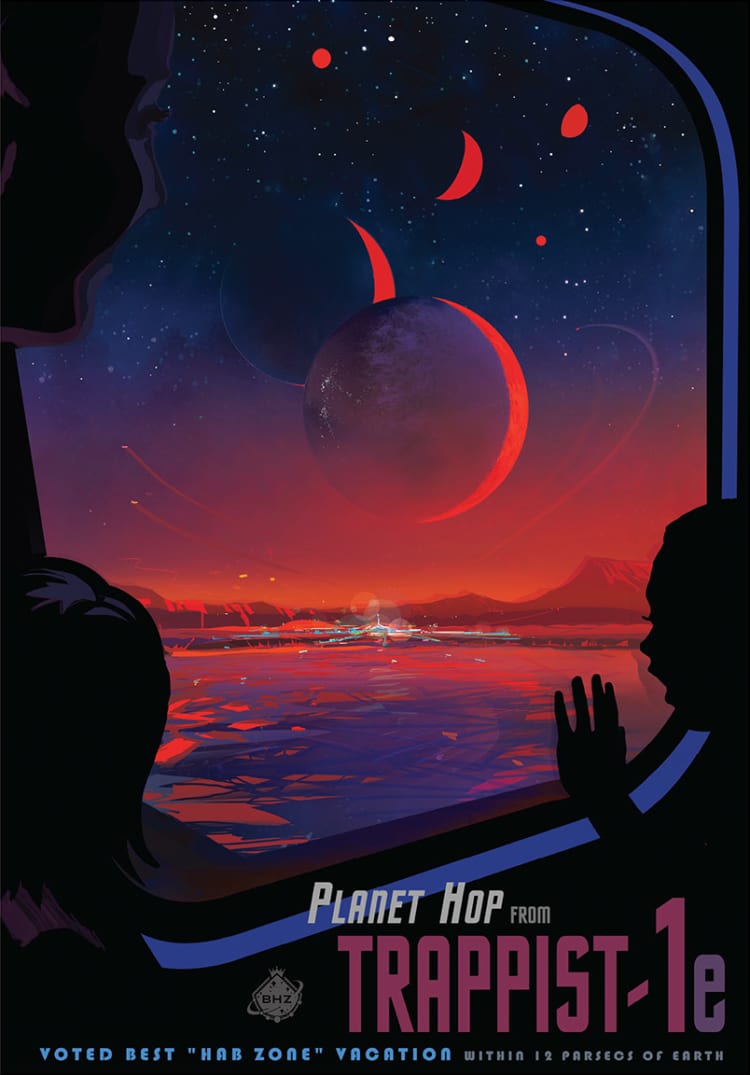 An artist's fantasy of the surface of TRAPPIST-1e, a stop on a tour of this seven-world system.

Scientists also think that the exoplanets may be tidally locked , which means that they would always have one side facing the star as they orbit. The effect would be a planet with one side either perpetually in daylight or darkness, and weather patterns completely different from our own.

With this discovery in hand, scientists will be carefully observing the TRAPPIST-1 exoplanets to gain further insight into their environments. And before you know it, we may just have further evidence of alien life.

Could the new planets in TRAPPIST-1's system hold alien life?