Panasonic announced that they plan to compete in the Ironman triathlon in Hawaii, with three 7″ high robots. Each robot is specialized for each of the three events; swimming, biking, and running, which comes to a grueling 140 mile race. Now, while human competitors get only 17 hours to complete the race, the Evolta robots will be given a week to finish because they are 1/10th the size of a normal competitor.

The robots will only stop to recharge the three Evolta batteries used to power it. They've done extreme condition competing before, but this will be the first time there's a swimming modification. The developers say the change in terrain during the running and biking portions are still the most difficult to account for. I'm personally rooting for the little guys! 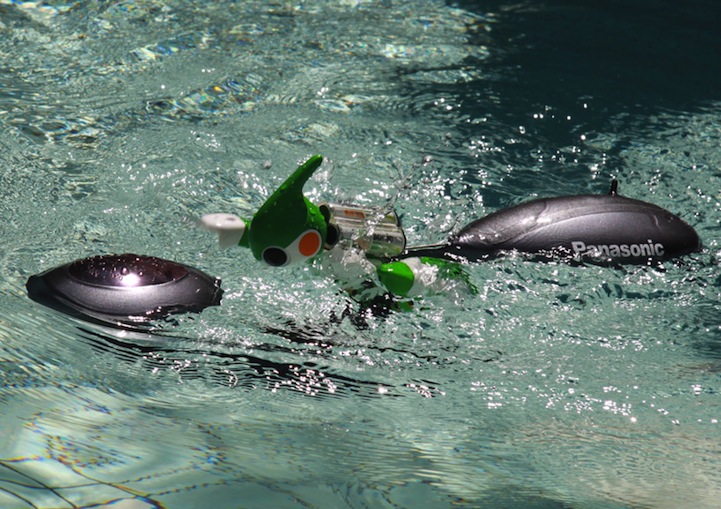 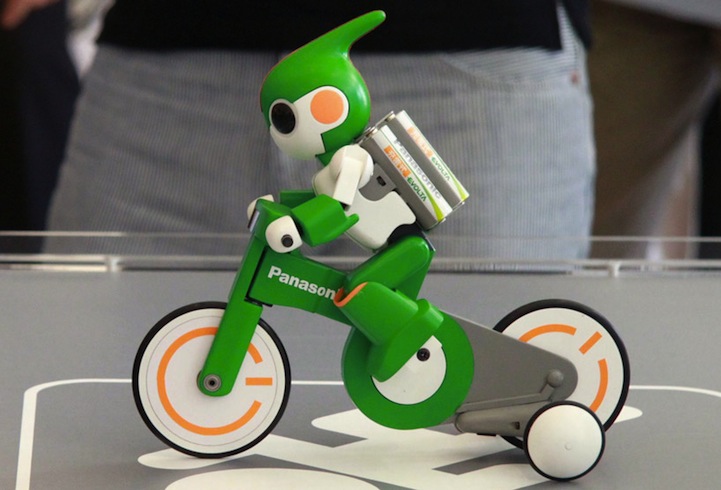 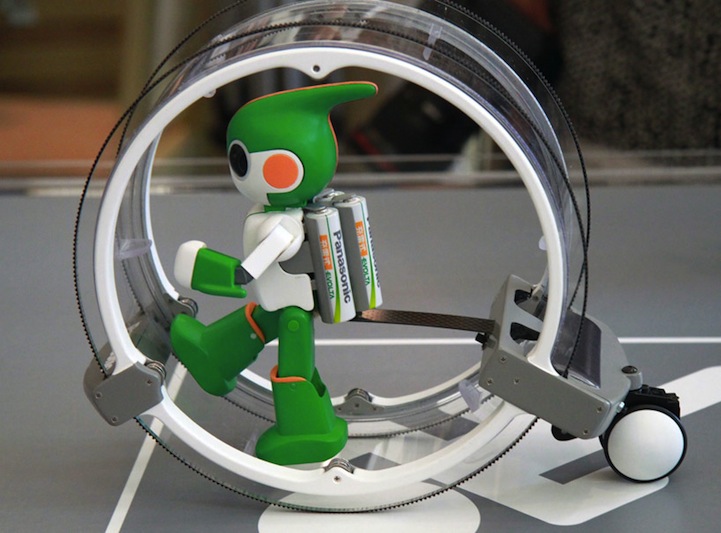