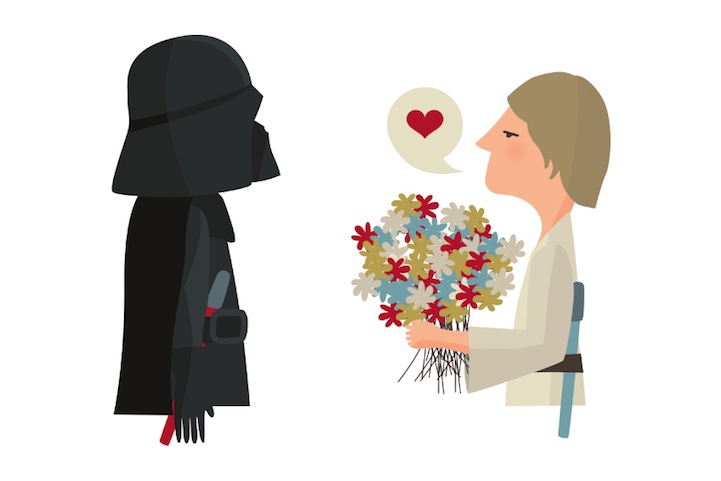 Spain-based graphic designer and illustrator Marta Colomer (aka Maruta) is behind TuttiConfetti, adorable character illustrations about love, relationships, and life. Though quite simple, the illustrations are often paired with short stories that are filled with twists and turns. On the surface, you can enjoy many of these cute works for what they are, but take a moment to read some of the stories and you'll be in for quite the surprise.

The 39-year-old freelance illustrator describes TuttiConfetti this way, “To me, it has become a wishing well where I drop all my hopes, my sorrows and even my particular life point of view. I try to talk about everyday things but without falling into sentimental and kitschy stereotypes. Inspiration comes to me day by day, looking at whatever is going on around me including the happenings of today's society, with all the rights and wrongs.

“My illustrations go a little bit beyond a simple drawing, throughout them I try to address common people with everyday problems but with a witty speech. My goal is to make people think and grin at the same time.” 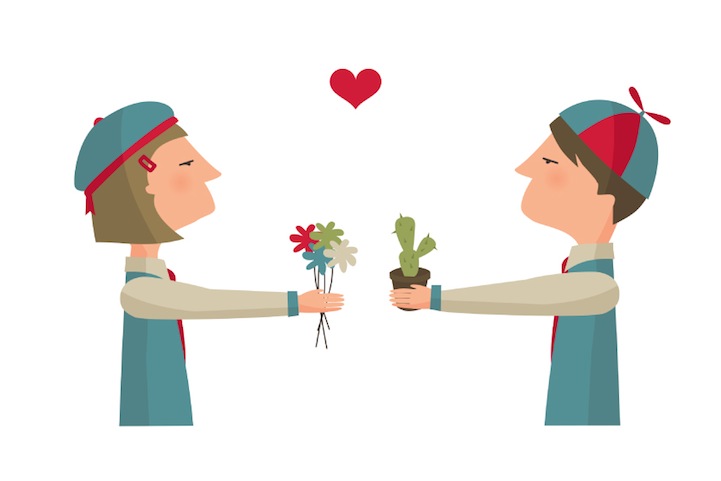 “At school they are celebrating St. Valentine's Day. The teacher will propose to the pupils to pair up and choose a present to give to each other. She will give him some flowers just to demonstrate their friendship. He will give her a cactus, doesn't want her to build her hopes up.” 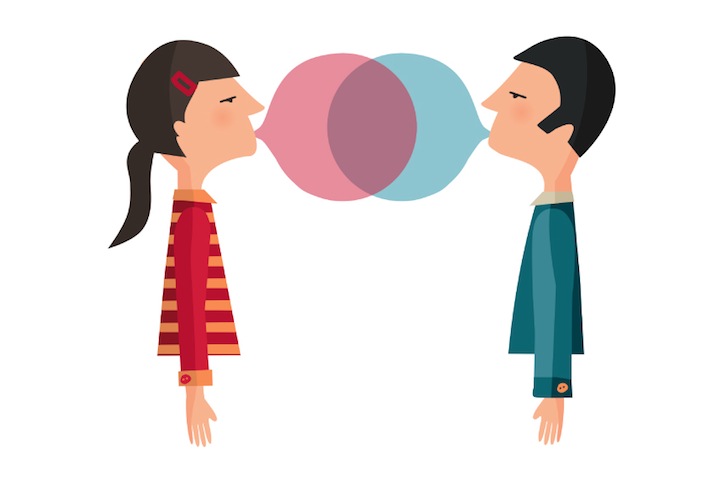 “Since childhood they loved chewing gum. Acid strawberry for her. He preferred chlorophyll mint. She studies to become a teacher, but will never get to practice it. She will stay at home as the norms require and will raise their five children. He is finishing an architecture degree, once he graduates will work on his dad's studio, as required by family tradition. Maybe, someday, a stereotype will explode in their faces.” 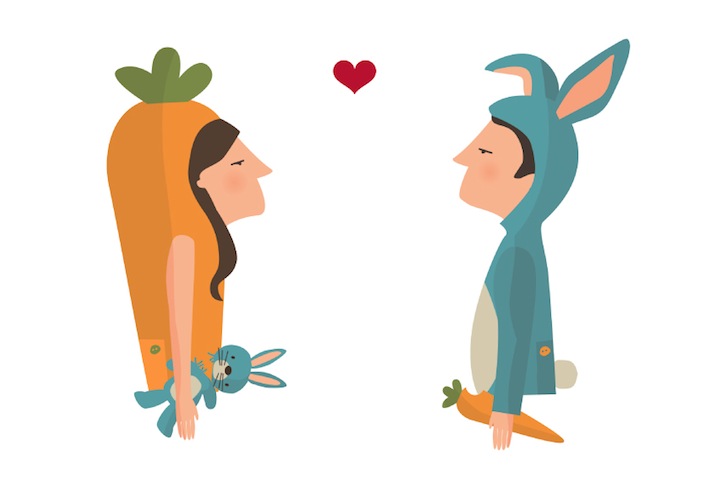 “They spent so much time pretending to be what they were not…that when they finally decided to be themselves, were not able to recognize each other.” 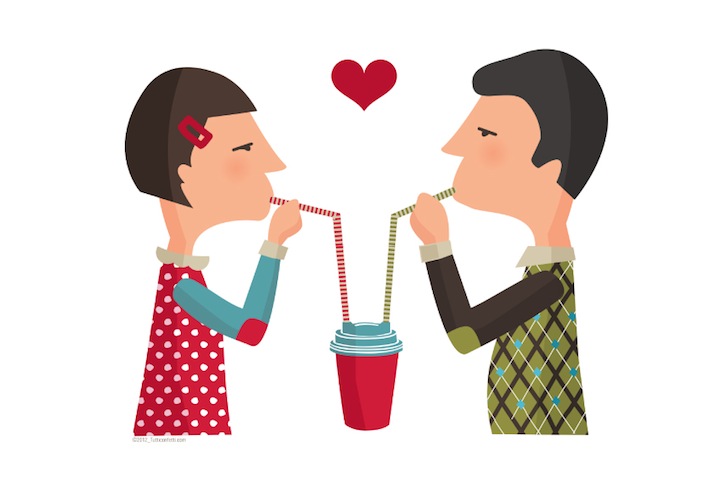 “He looked into her eyes. Felt a lump in his throat and hardly could swallow his milkshake. She shyly, looked up and down from her drink to his face. Her pretty face was beginning to blush. A beautiful love scene, you would think. Actually, an episode of the recession. Both were secretly counting once and again the few coins the had in their pockets. Will I have enough? Can I welcome today? – They wondered.” 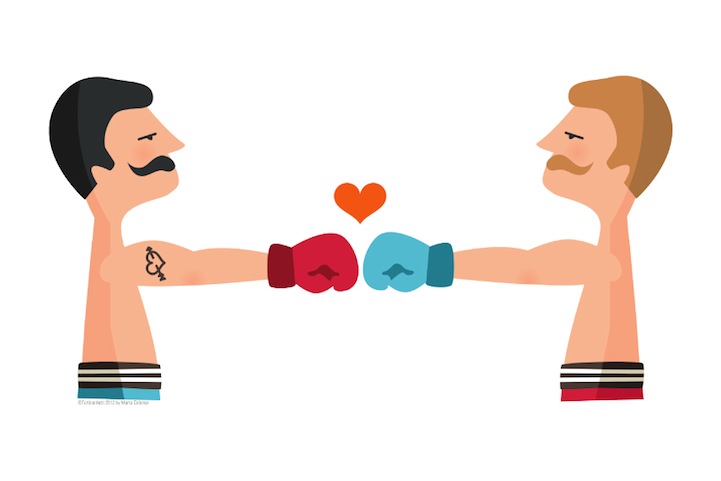 “It was a hot August afternoon, the audience roared, vendors hawked their wares sausage, and they, nervous, were getting ready to hit. When they finally were face to face and their eyes met, they knew that fighting was not the way. Both boxers merged into an endless embrace. It is fair to say that they still have not gone down the ring.” 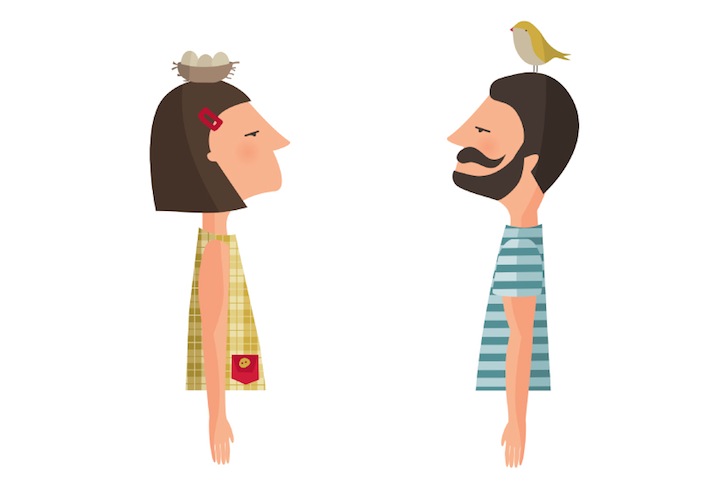 “She woke up with her stomach all in a knot, had lost what she loved the most, still didn't know how she led it go. She recalled the happy days they spent together, so closed, feeling each other heat, she missed him so much…She went out in despair, looking forwards to meeting him again around the next corner, tell him how much she loved him and promise they will never be separated again. Suddenly she saw him, there it was… at last. But … What was he doing on the top of the head of that bearded guy?” 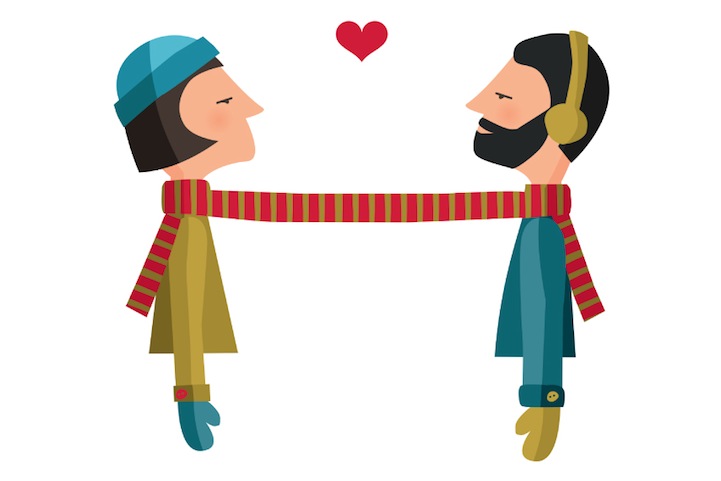 They met in the sales (section), both were looking for a warm scarf to coil around their necks. There it was, warm, fluffy and striped. Two pairs of eyes felt upon it, there was only one …All of a sudden, they realized that they both were looking for the same thing. From that day on, they share scarf, dreams, hopes and life.” 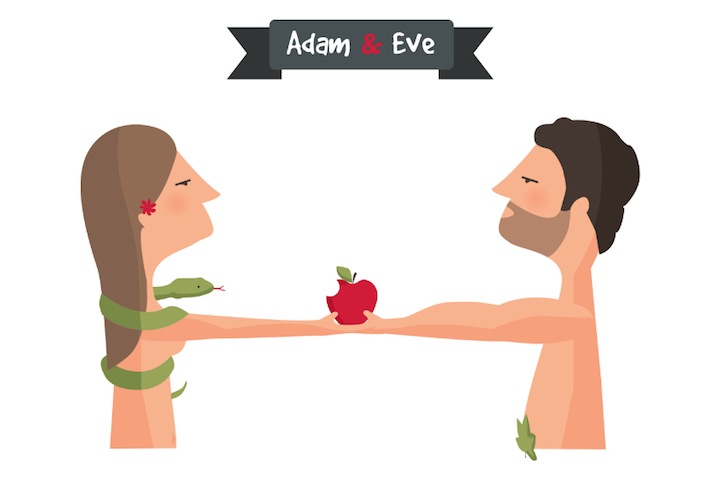 “She was tired of resting, so much indolence was destroying her marriage and her will for living, she needed to be busy or she would go insane. That morning she woke up totally determined. Today was the day, today… she would do it…she grabbed it with both hands and bit it with all her might, the first bite tasted like heaven.” 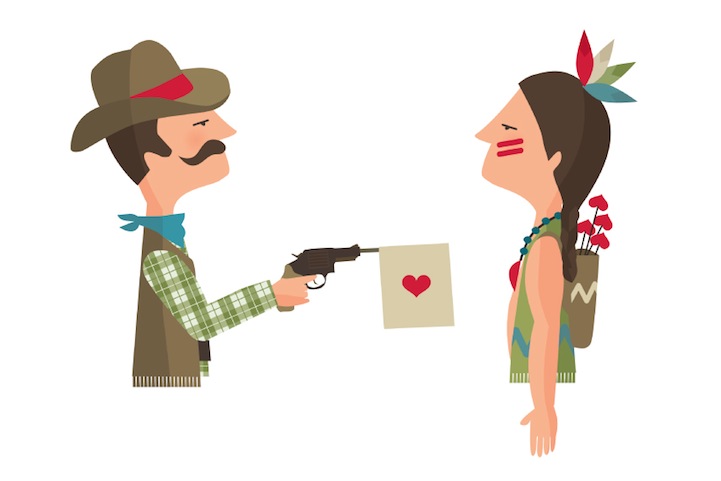 “It took him several days planning how to do it. Common sense said that it wasn't quite right. His heart said he could not let this chance go. Finally went for it and caught her off guard. After gathering up all his will and courage, he shot his question point blank. Time stopped for an endless moment until a shy -Yes, I do – filled his heart with joy.”