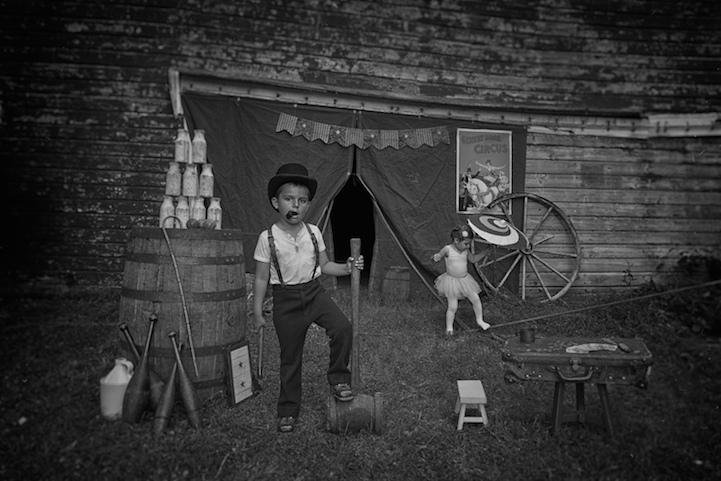 From the luxurious lifestyle of an affluent man in the Roaring '20s, to the bleak spirit of the Great Depression, to the funk and groove of roller skaters in the 1970s, Orehek manages to capture the spirit of the time period in each image. Although his son and daughter were only three years old and two years old, respectively, when they began modeling for the series, they embody each role with a combination of innocence and maturity.

“My intent was not and is not to replicate existing vintage photographs but to capture the mood, feel and the visceral emotion of that period,” Orehek writes in his artist statement. “Having a child in lieu of an adult in my work allows the viewer to focus on the ‘essence' of those past environments and professions with greater clarity through juxtaposition. Children, having no preconceptions of the roles I place them in, can more truly embody the individuals they're endeavoring to be within my compositions.” 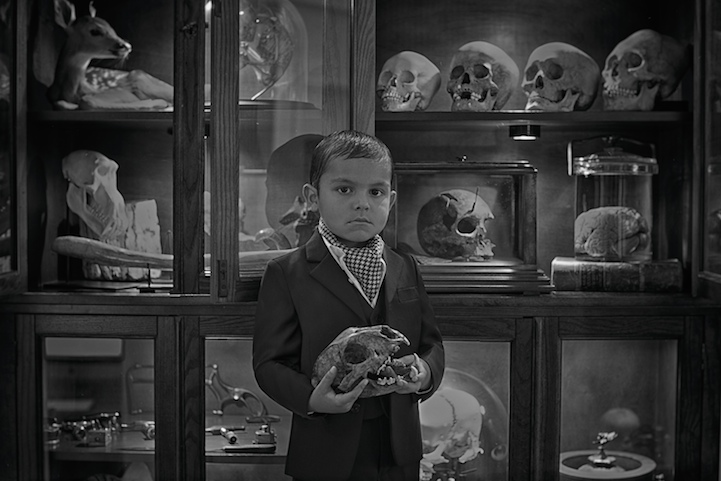 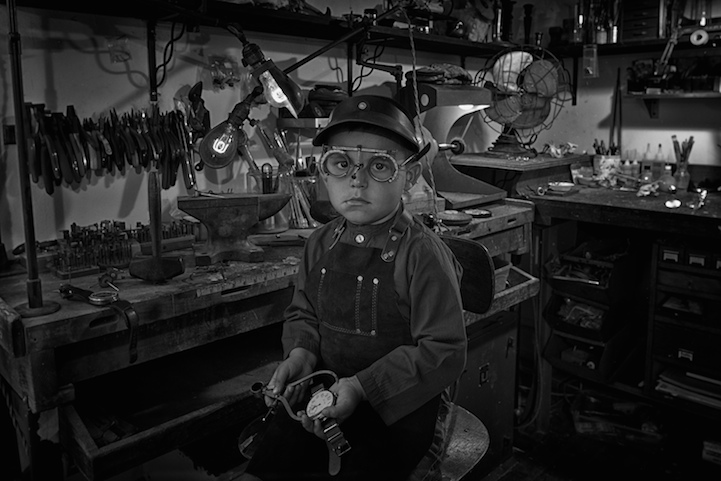 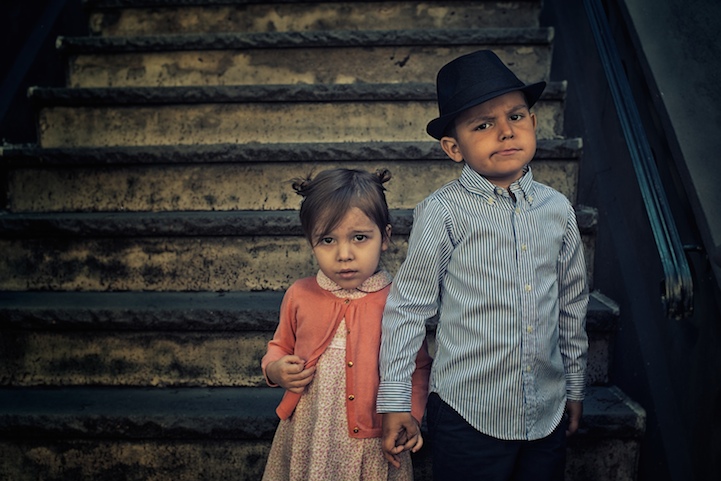 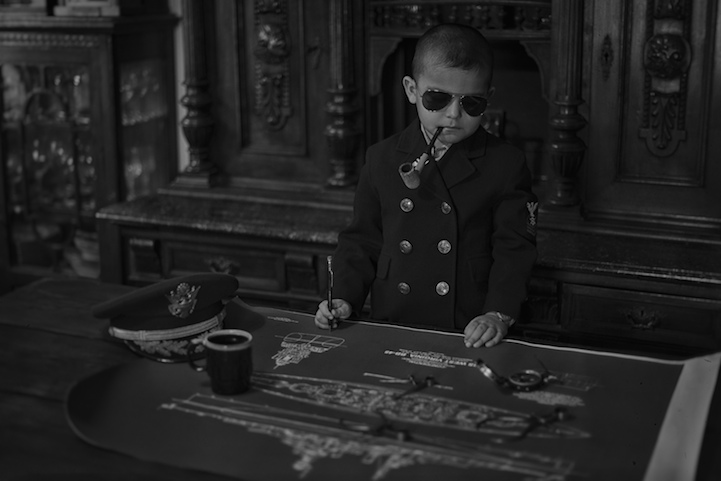 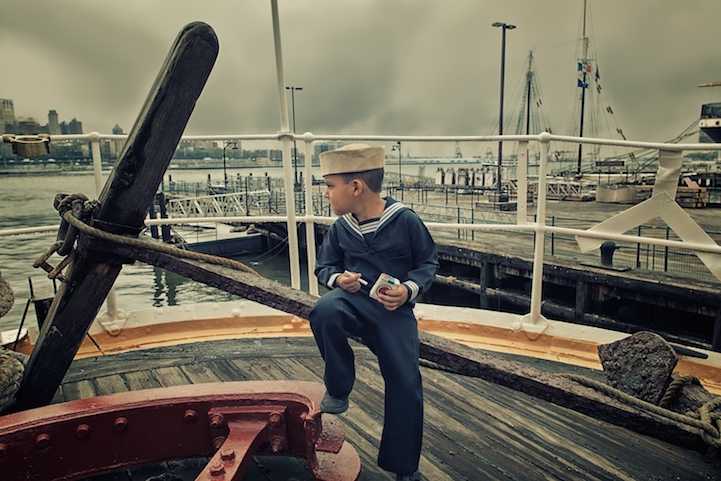 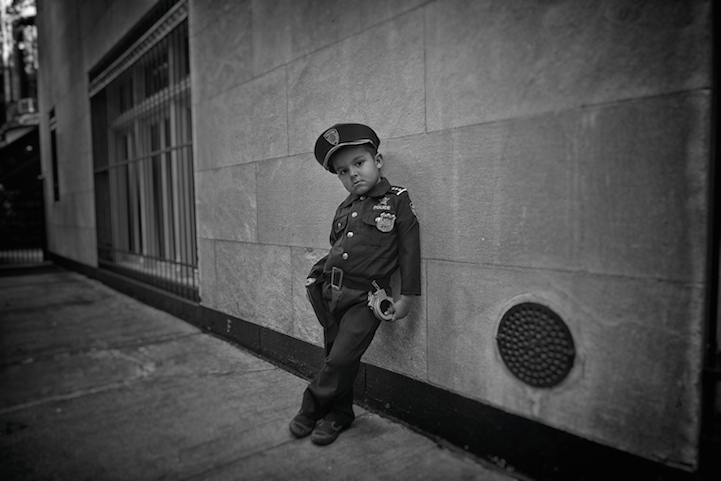 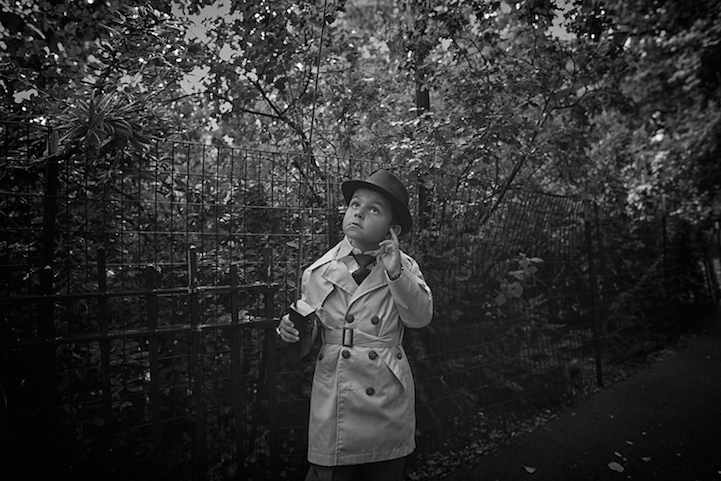 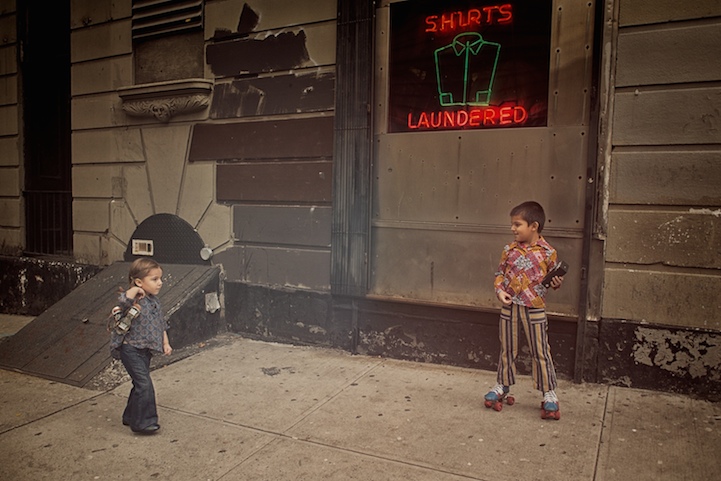 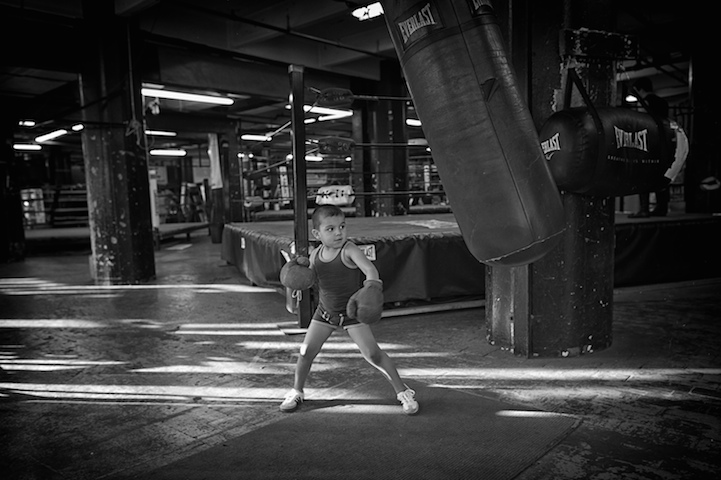