Friendly Pet Raccoon Gets Adorably Playful Haircut on Its Back 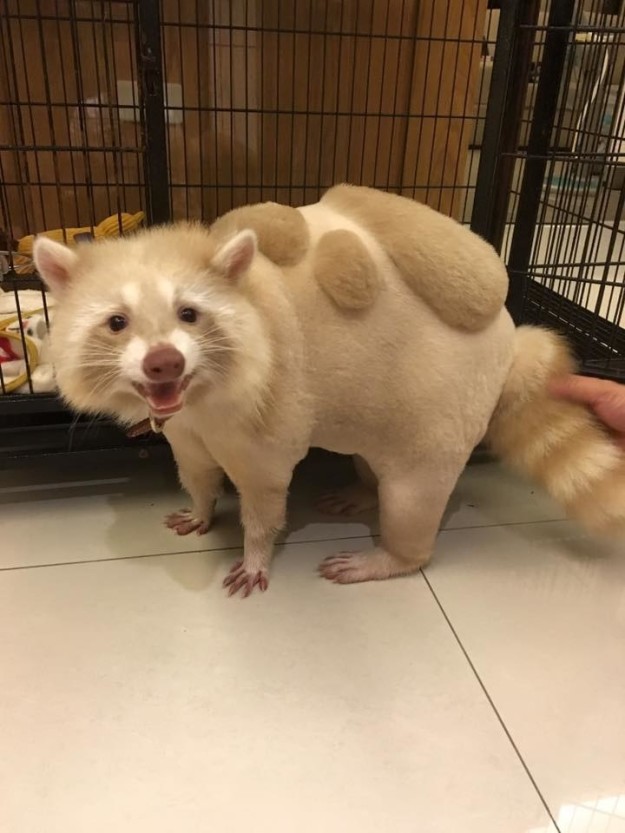 Best Haircut of the Year goes to… this adorable 2-year-old raccoon from Taiwan. His name is Uni and once a year, his human named Joyce Tai takes him for his annual check-up, vaccination boosters, and a shave. Usually during the procedure, the animal would be shaved completely, but Tai and Uni's groomer worked out a way to make going to the doctors a little more fun. This year, Uni is flaunting quite the unique haircut. A fluffy design of a dog's paw rides on Uni's shaven body like a stick-on backpack, and the Internet is going wild over it. Tai runs a Facebook page where she shares photographs of her stylish furry friend in public. Now, over 5,000 people follow Uni and his distinctive shave.

In addition to his unique haircut, Uni's pigmentation stands out amongst typical raccoons. His unusually pale color comes from a condition called leucism, but Tai prefers to say he's a “cinnamon” hue. According to Buzzfeed, Tai bought Uni in 2014, as it is legal to own a raccoon as a house pet in Taiwan. She's been giving Uni his famous shaves ever since. Last year, it was in the shape of a heart!

Despite Uni's global fame, Tai never imagined her raccoon would become this popular. She says of Uni's viral photos: “I’m just a normal working class person who wants to share photos of Uni with others to bring them some joy.” 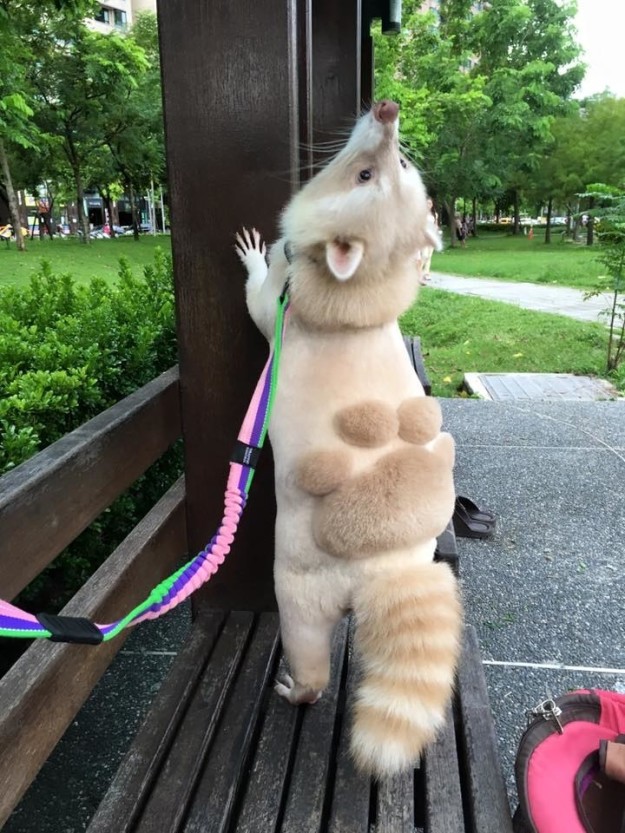 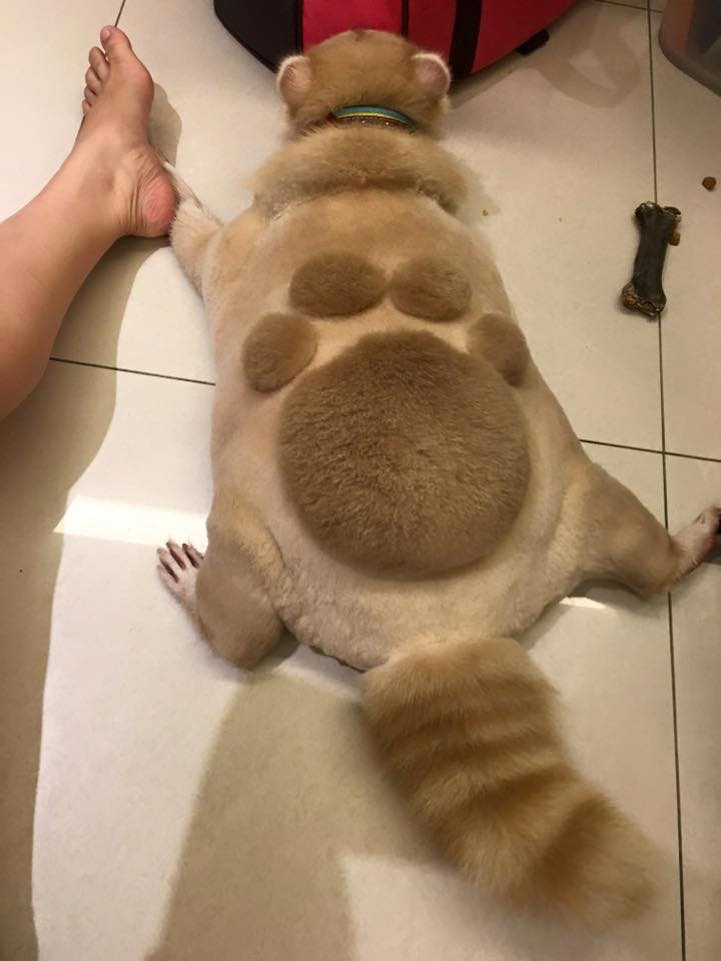 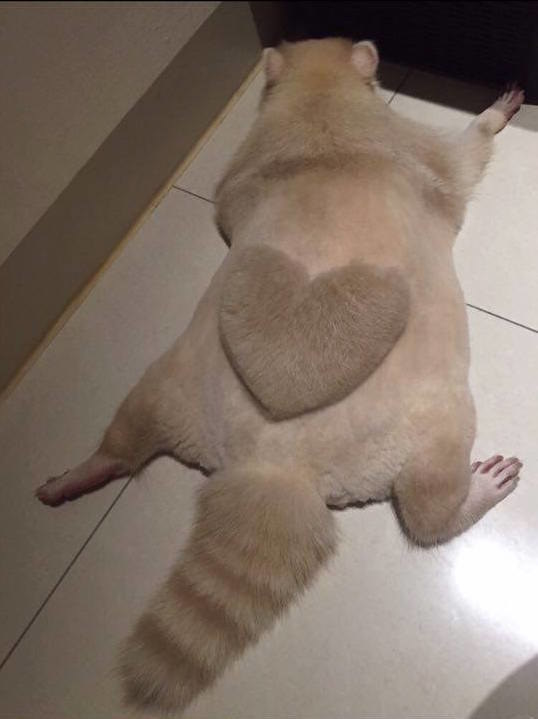