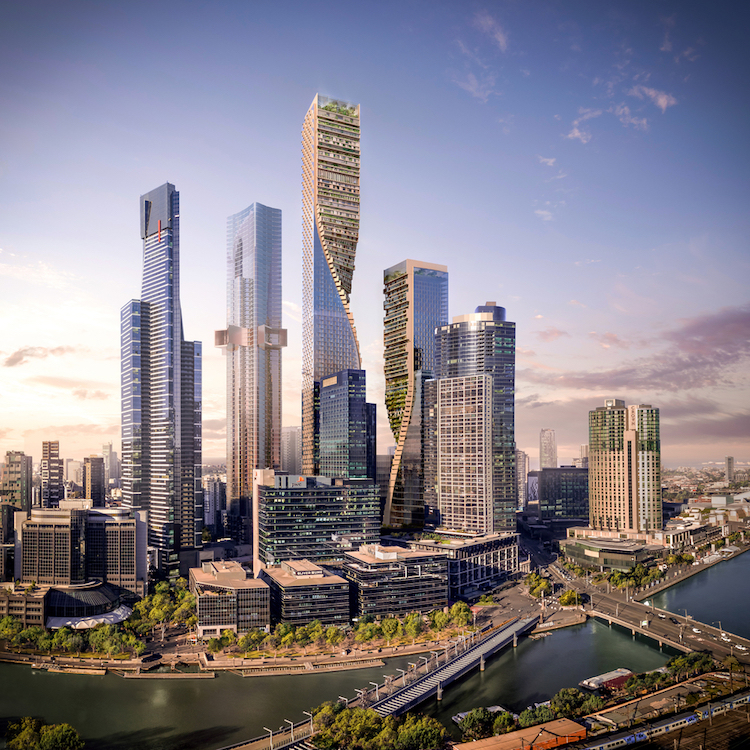 Twisting twin towers known as the Green Spine will grace the Melbourne skyline, as UNStudio and Cox Architecture were named winners of the $1.4 billion Southbank by Beulah competition. Beating out five other shortlisted entries by top firms around the world, including MAD, BIG, OMA, and MVRDV, the Dutch-Australian team is on track to create Australia's tallest building.

Green Spine is a series of stacked vertical platforms with verandas and terraces to house greenery throughout. Each tower is topped by a public garden and a lower podium is aimed at engaging the public. The podium, which is composed of stacked platforms, connects the two towers and includes retail spaces, a school, a daycare center, a library, a cinema, and a rooftop public park.

The integration of civic spaces and elegant design helped push the design to the top. “The concept offers landscape relief (green) within an area generally lacking in nature, place making, civic art, and cultural experiences,” shared government architect and juror Jill Garner. “The vertical village idea has a series of relationships and a grain that is beyond its architectural response—it taps into important social issues including ideas associated with the future of home/work/play.”

The taller, 1168-foot (356-meter) tower will be entirely residential. By contrast, the smaller tower, which stands at 827 feet (252 meters), will house a hotel, restaurant, bar, and offices. In spreading more than 66,000 square feet (6,100 square meters) of usable space over two towers, UNStudio and Cox break up the impact on the skyline. And from a practical perspective, it allows the construction of each tower to function independently and in stages. 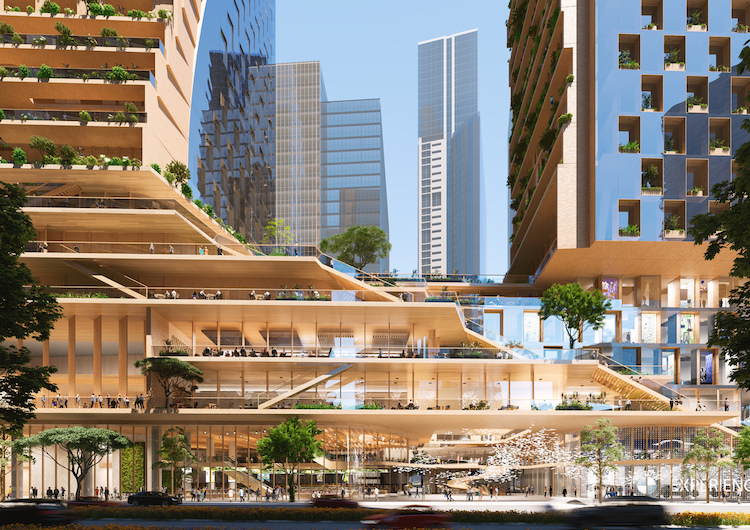 In the leadup to the proposal, the team spent time in Southbank, carefully analyzing the area's needs and addressing what it would take to revitalize the neighborhood through their design. “The way we have designed [the proposal] was to ask how do we animate, activate and create public spaces that are of neighborhood quality and that people can desire and feel comfortable within,” said Philip Rowe, director of Cox Architecture. “The history of Southbank is maybe a retail ground level and then a car park podium and we saw no future in that. We needed to reclaim this space and create a very active hub in some way—a social and neighborhood hub for Southbank.”

The proposal will now be submitted from planning approval, and once the green light is given, Melbourne will see a new iconic piece of architecture added to its skyline.

“The winning scheme has shown a bold yet thoroughly considered approach to create a context-driven landmark as an addition to Melbourne’s skyline,” declared Beulah International executive director Adelene Teh. “At the macro scale, the building’s silhouette provided a new, site-responsive elegant visual beacon in the precinct. In its fine grain, the scheme displays a strong intent for well-considered public and private amenity and at street level, the proposal displays volumetric qualities that will truly transform the public realm by eroding the hard edges that are prevalent in Southbank.”

UNStudio and Cox Architecture won the Soutbank by Beulah architecture competition with the Green Spine. 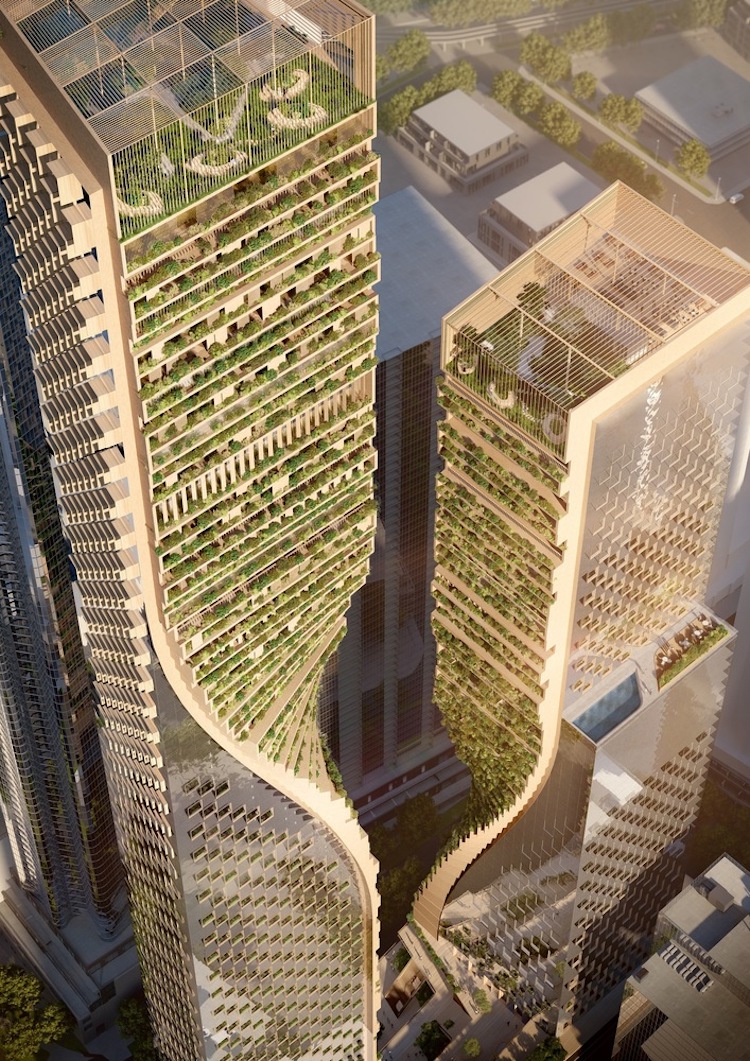 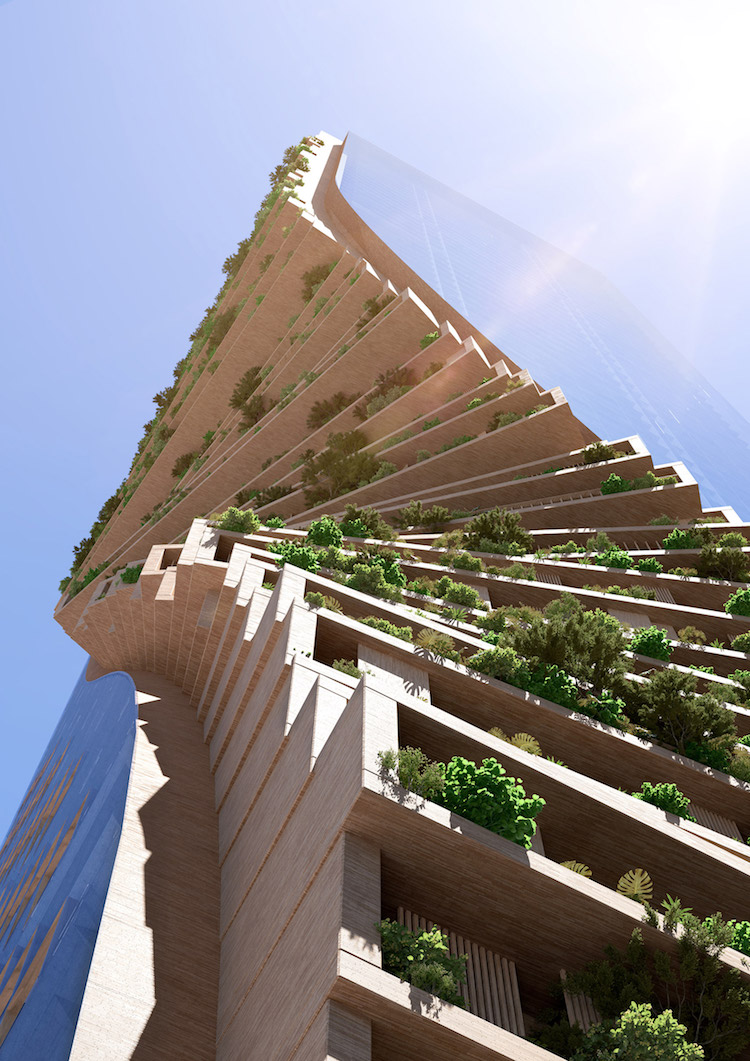 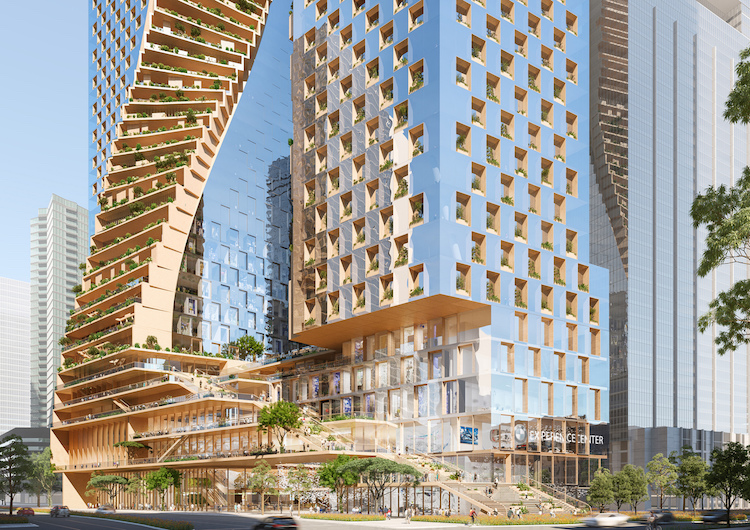 The two twisting towers have a greenery on terraces throughout and a public park on the lower platform. 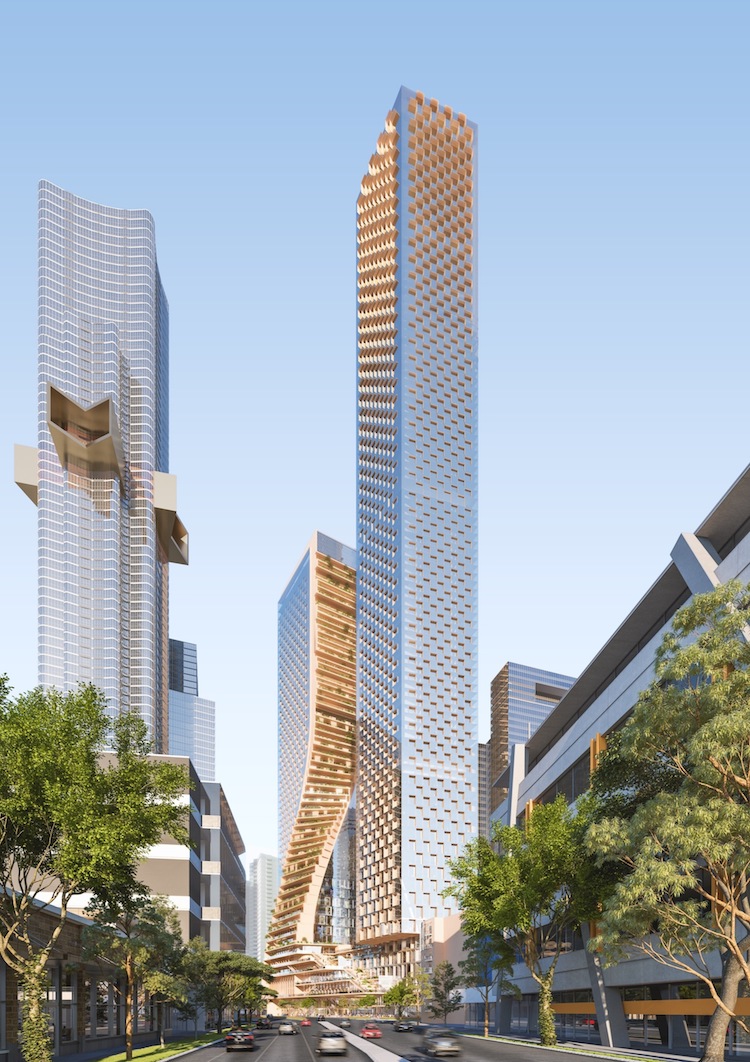 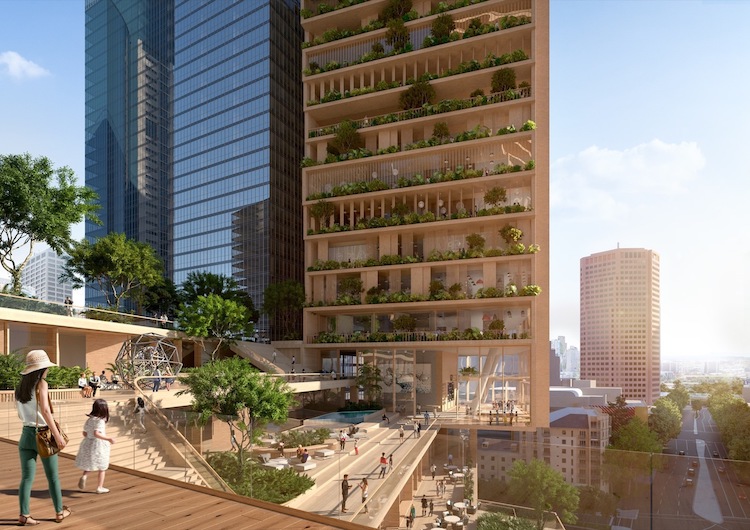 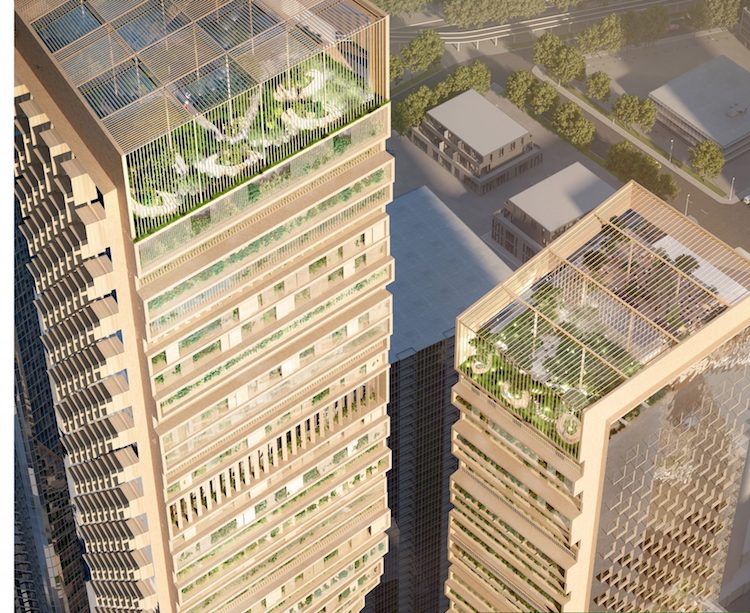 Visualizations by Norm Li. All images via UNStudio. 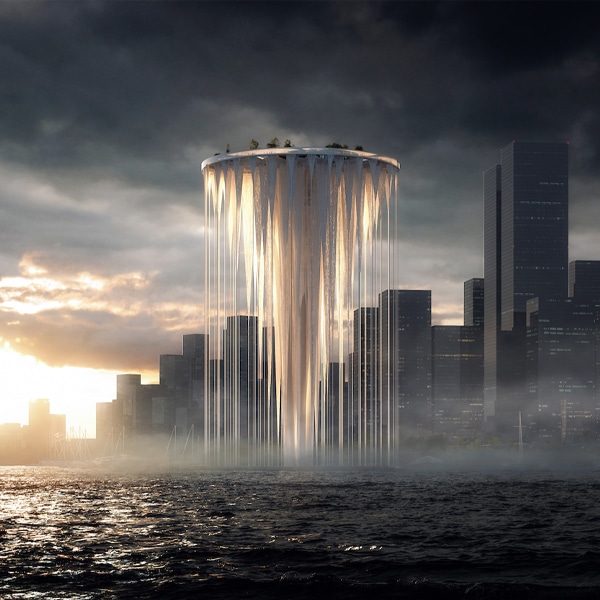