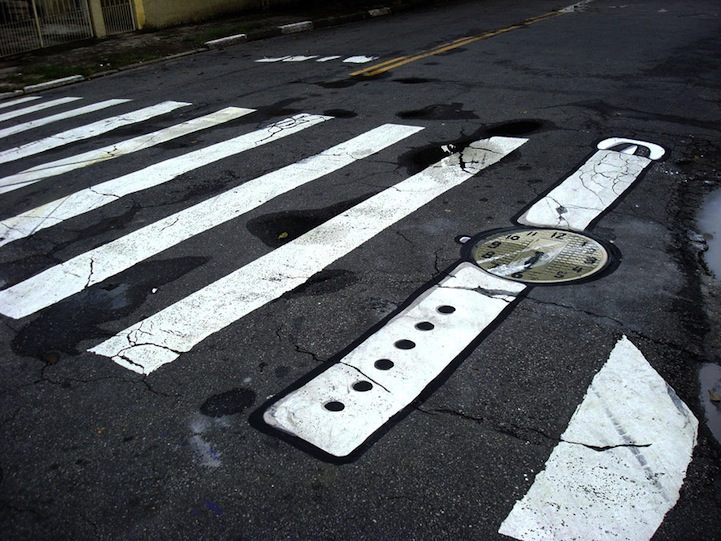 This wicked new piece by 6EMEIA is literally on the street in So Paulo, Brazil. The site-specific work titled Time to Get Ill features a wristwatch formed from a crosswalk. The 6EMEIA Project was created and developed by the artists Anderson Augusto, also known as SO, and Leonardo Delafuente, also known as Delafuente. The duo live in the Barra Funda neighborhood of So Paulo where they began the project with the purpose of changing and transforming daily life. The duo's objective is to modify the means within which we all live, proposing a new way to view things by reflecting upon themes generated through creative and unusual works. Such modifications are made by painting storm drains, light posts, manhole covers and any other object which makes up the urban scenario. 6EMEIA's website via unurth