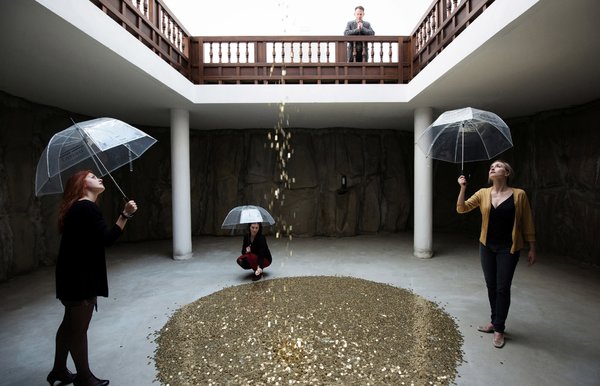 In what’s quickly becoming one of the most striking scenes at this year’s Venice Biennale, the world’s most prestigious art fair, conceptual Russian artist Vadim Zakharov has created a shower of gold coins. Housed in the Russian Pavilion, the work is Inspired by Greek mythology. The metaphor follows the myth of Dana, who was locked up in a cave by her father, King Acrisius of Argos, to prevent her from bearing children. A prophecy stated that the King would be killed by Dana’s son. Zeus, however, came to her in the form of golden rain and impregnated her. Soon after, their child Perseus was born, who would later fulfill the dark prophecy.

This piece, called Danae, is a modern take on the myth and is also a statement on the greed, cynicism, wastefulness and gluttony of the 21st century. As Udo Kittelmann, director of the National Gallery in Berlin and curator of this pavilion stated, “The Greek myth of the impregnation of Danae is subjected to numerous readings: a falling shower of gold makes reference to the seduction of Dana as an allegory for human desire and greed, but also to the corrupting influence of money.”

Visitors watch as gold coins fall from the ceiling, forming into huge heaps on the floor. Only women are allowed to the lower floor, where they’re handed see-through umbrellas to protect them from the coins. The women can pick the coins up and put them into a bucket which is then hoisted up to the ceiling. 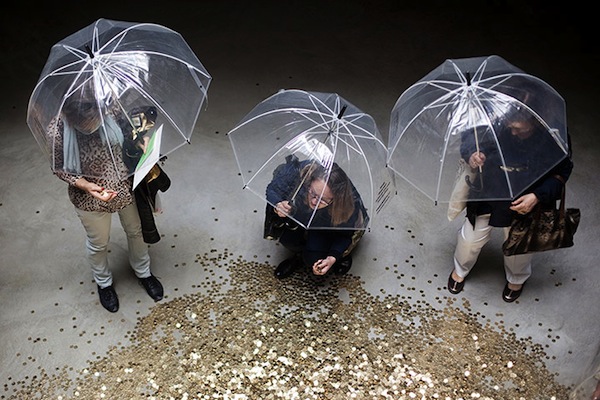 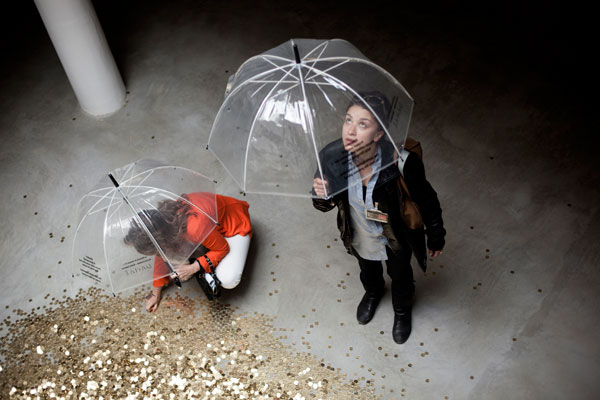 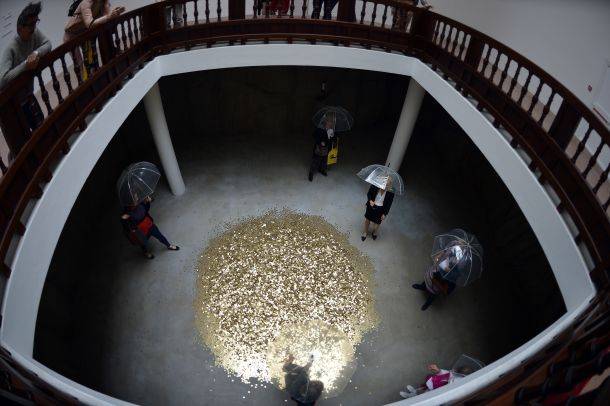