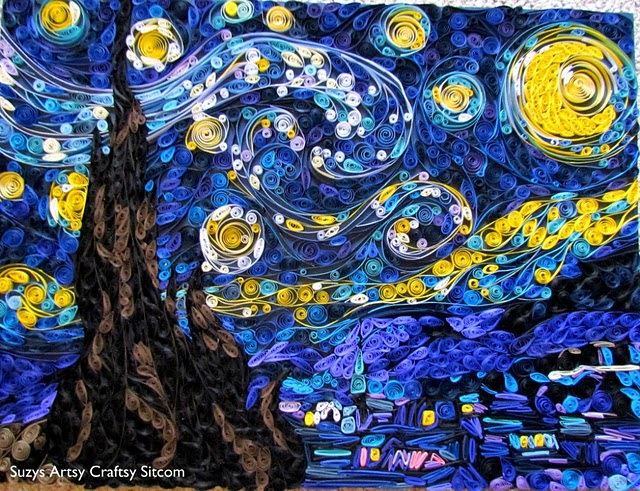 Widely recognized as artist Vincent van Gogh's most celebrated work of art, The Starry Night is a breathtaking painting that's currently part of the Museum of Modern Art's permanent collection.

As MOMA states: Rooted in imagination and memory, The Starry Night embodies an inner, subjective expression of van Gogh's response to nature. In thick sweeping brushstrokes, a flamelike cypress unites the churning sky and the quiet village below. The village was partly invented, and the church spire evokes van Gogh's native land, the Netherlands.”

Though the painting was completed in June of 1889, The Starry Night has continued to inspire countless artists to pay tribute to this piece by creating a work in its likeness. Susy Myers from Atlanta, Georgia recently made her own version out of rolls of paper. “The picture consists of thousands and thousands of quilled pieces of paper, glued down on their sides,” she says. “Like painting with paper.”

For those of you who are unfamiliar with quilling, it's the art of rolling thin strips of paper into different shapes and then using those shapes to form designs. (How I'd love to see a whole series based on this!) 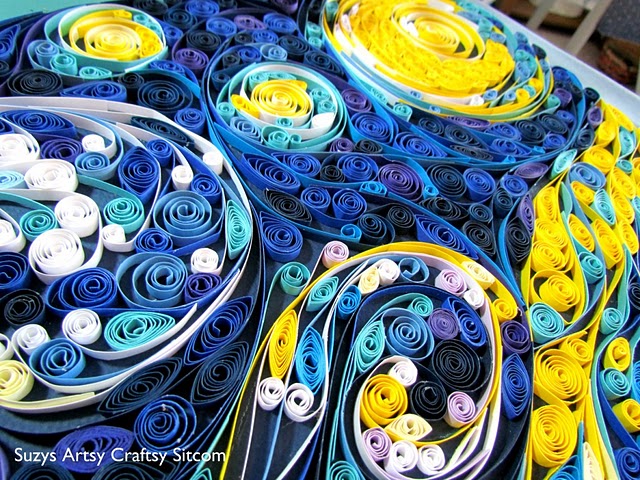 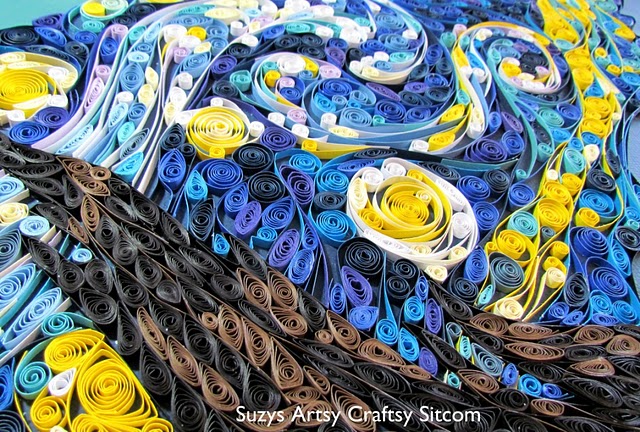