In 1820, the statue was discovered by a farmer in an ancient niche on the Aegean island of Melos. 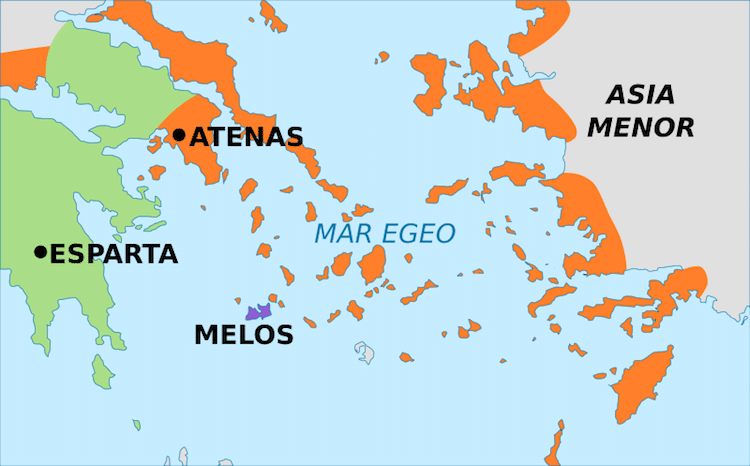 While it was unearthed in pieces, it was able to be reassembled. Its fragmented arms—the left holding an apple and the right brushing against the figure's waist—however, were deemed unoriginal and not re-attached.

Additionally, as evident in this drawing by Jean-Baptiste-Joseph Debay, the figure was found on an inscribed base, which also proved to be a later addition and was thus removed. 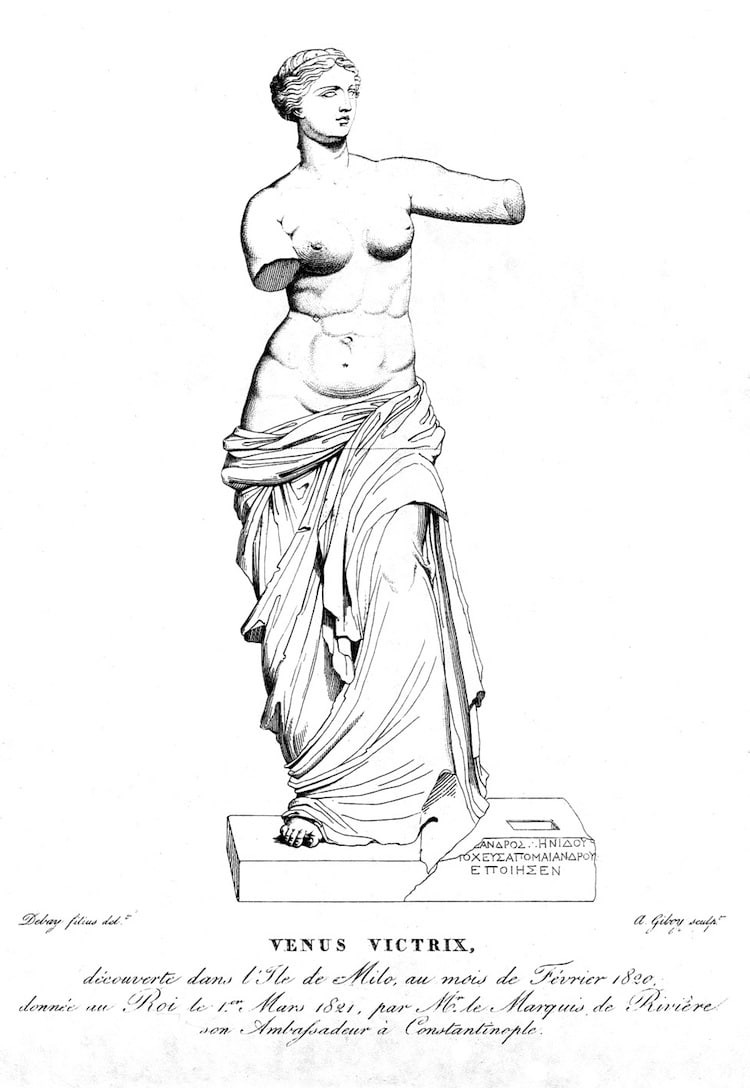 Still, even as an incomplete sculpture, it was immediately considered a masterpiece. It was given to Louis XVIII, who donated it to the Louvre in 1821. While the museum initially intended to restore the statue, no one could decide how to position its arms. “Leaning against a pillar, resting her elbow on Ares' shoulder, or holding a variety of attributes” are some of the many possibilities that could have characterized the statue's original design.

Given the Louvre's inability to agree upon the sculpture's intended aesthetic, it was put on display without its arms—a decision that still stands.

For nearly 200 years, the sculpture has been a vital part of the Louvre's permanent collection. Along with pieces like Leonardo da Vinci's Mona Lisa and Michelangelo's Dying Slave, it is regarded as one of the museum's most precious—and popular—works of art.

Described by the Louvre as a “timeless masterpiece,” the Venus de Milo is slated to educate and enchant for centuries to come. 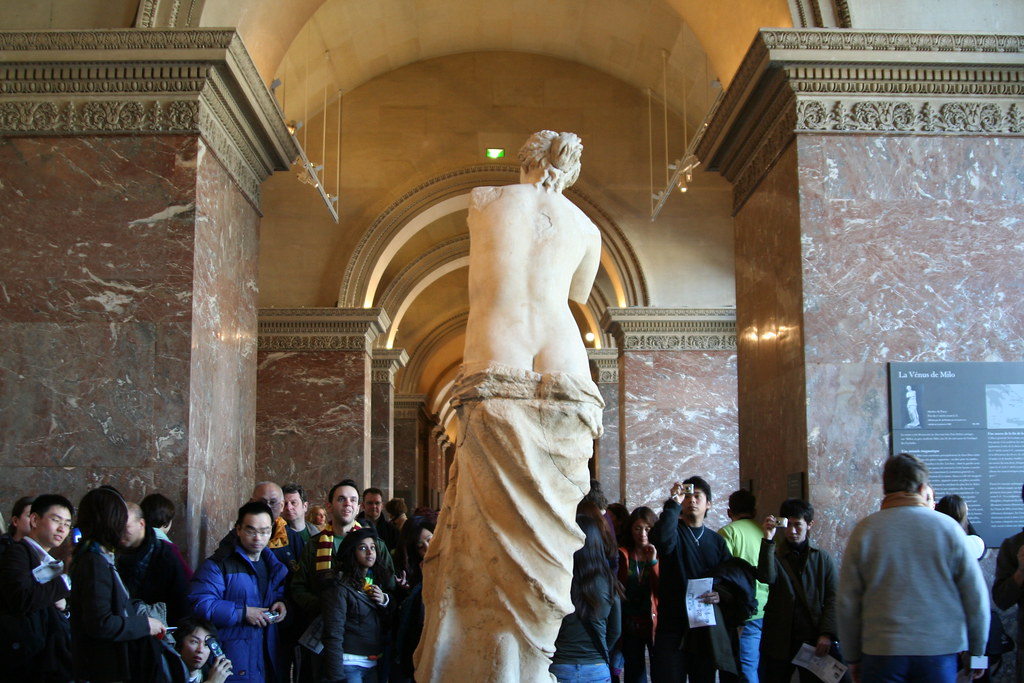 2/2
Love the 'Venus de Milo' statue? Share
Like My Modern Met on Facebook
Get Our Weekly Newsletter
Become a
My Modern Met Member
As a member, you'll join us in our effort to support the arts.
Become a Member
Explore member benefits