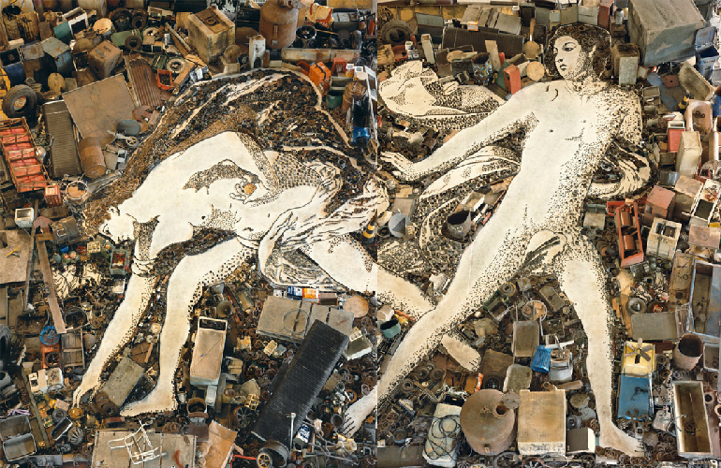 We've previously covered a documentary called Wasteland, featuring visual artist Vik Muniz's work. Today we bring you some of his creations from two of his series entitled Pictures of Junk and Pictures of Garbage. In each of these projects, Muniz creates images using… you guessed it: junk and garbage.

The New York-based artist constructs painting-like visuals out of random waste. He utilizes discarded items that include food products, dirt, toys, papers, plastics, wires, old clothes, and tires. The list is never-ending and ever-fascinating. His innovative creations have a magnetism that would otherwise be unfit for a pile of garbage.

In Pictures of Garbage, Muniz takes pictures of catadores, the people of Brazil who collect recyclable materials from garbage dumps, and recreates their images using discarded rubbish. After meeting these hardworking people, it became a collaborative effort in which the subjects helped to create their re-imaging. Muniz's other waste-fueled project, Pictures of Junk, is the artist's junkyard reinterpretations of classic paintings, including Caravaggio's Narcissus. 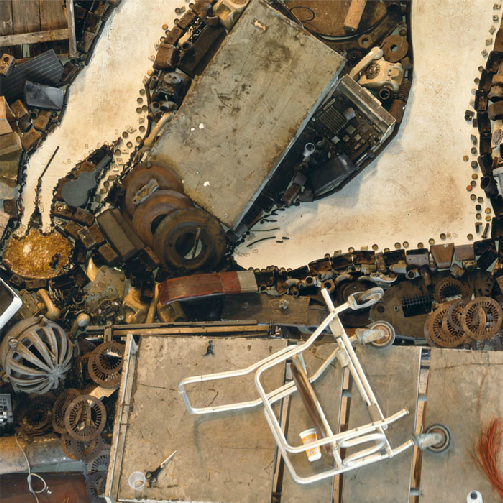 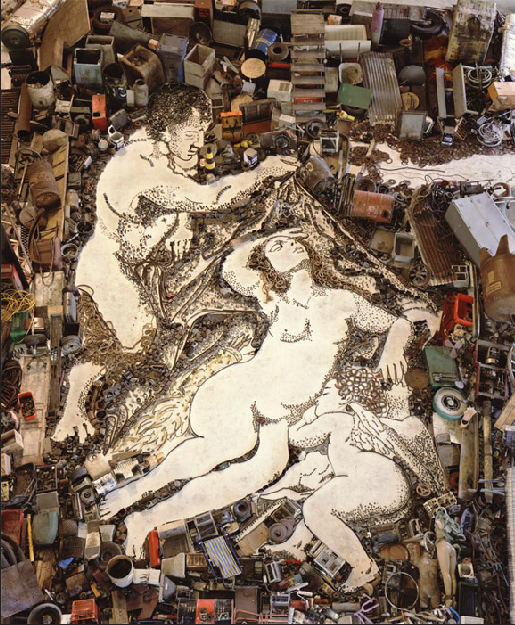 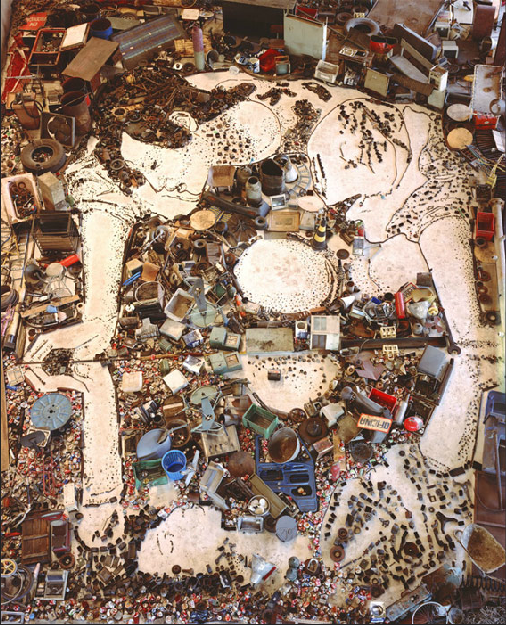 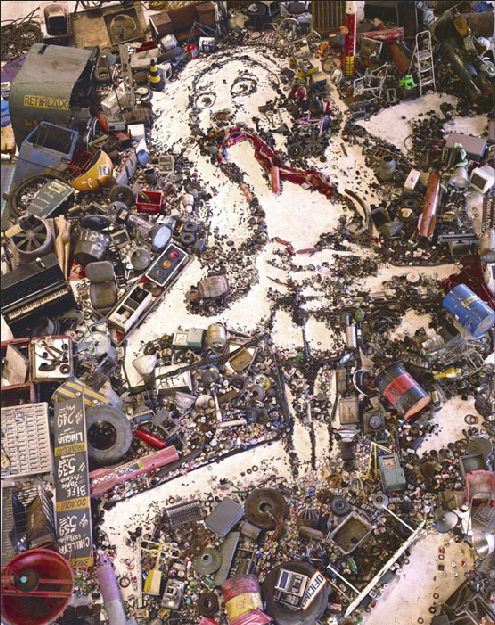 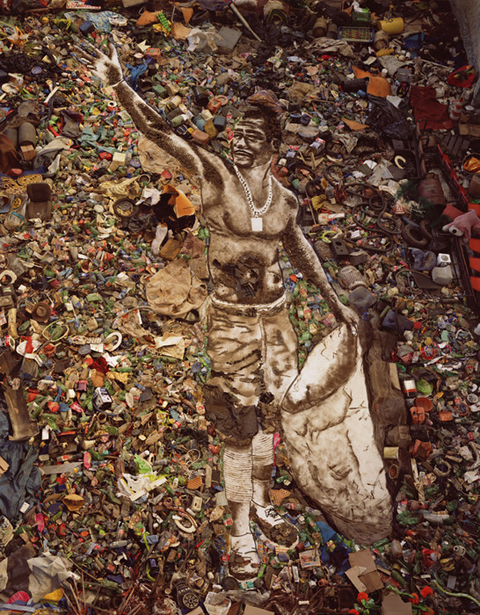 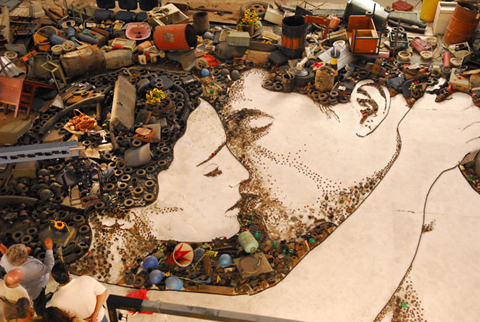 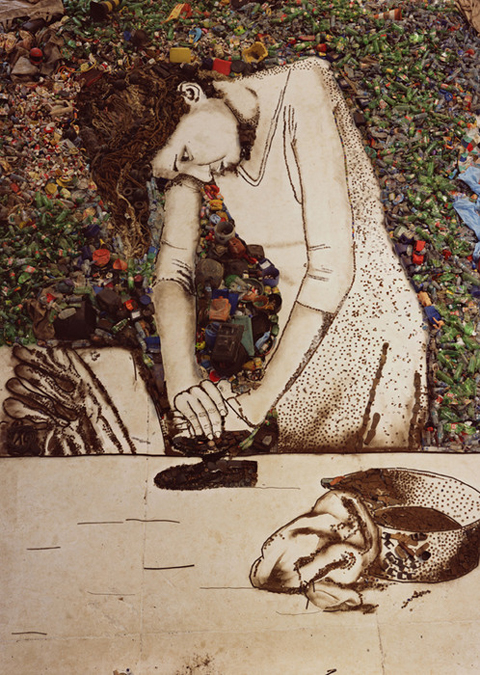 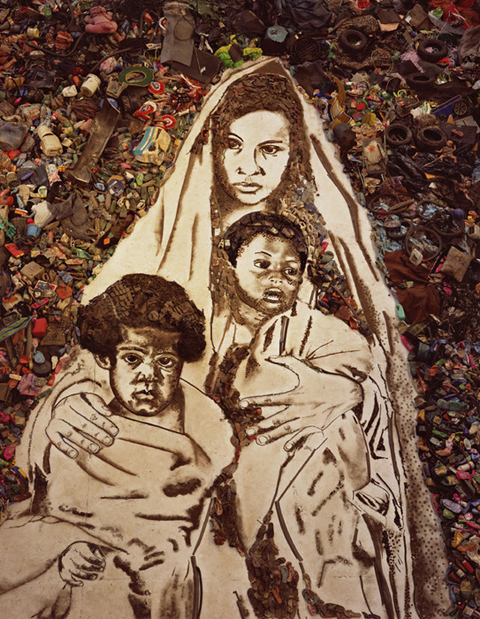 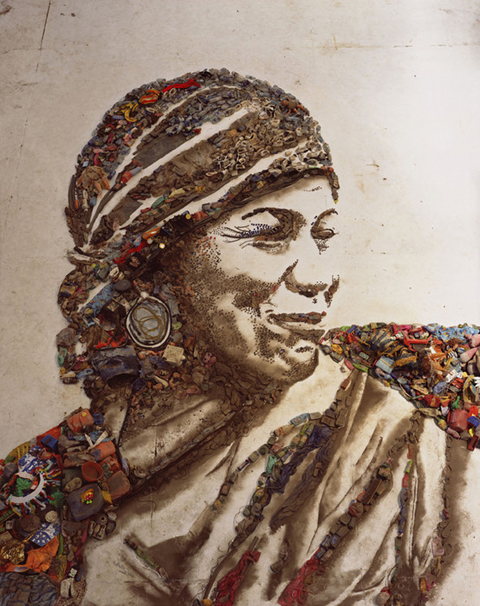 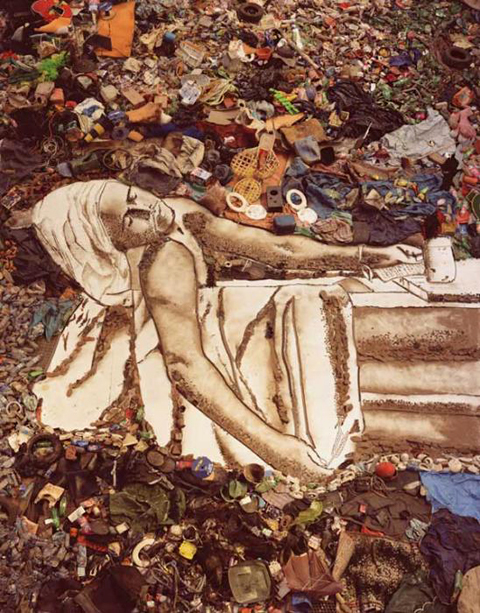 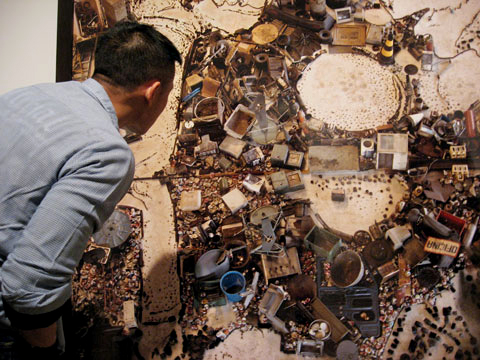