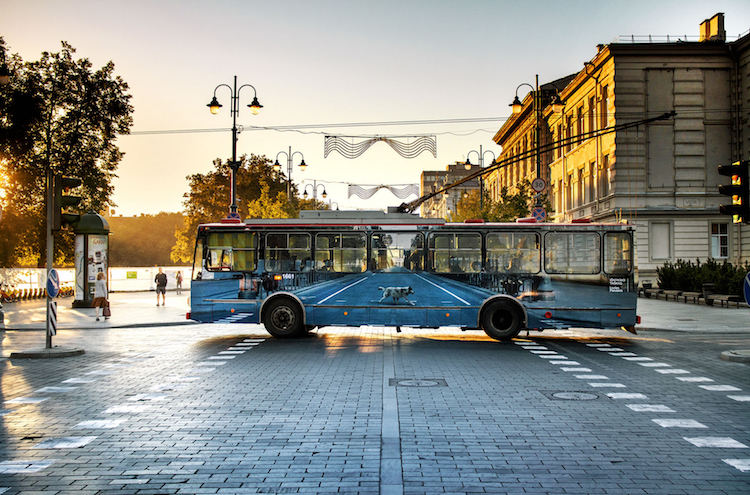 Though not as common in North American cities, many European metropolises have extensive trolleybus systems. As part of the Vilnius Street Art Festival in Lithuania, artist Liudas Parulskis executed an ingenious project that made the city's trolleybuses disappear. In collaboration with creative place-making agency Studio Vieta, Parulskis took blown up photographs of city streets and architecture and wrapped entire trolleys, creating an illusion of the urban landscape on the moving vehicles.

Once a day these trolleys magically disappear as they hit the proper spot in the city—crossing Tumo Vaizganto street and Gediminas Prospect intersection—blending in with the city streets. While most urban transit systems are wrapped with advertising, Vilnius' trolleys are largely advertising free, causing a big shock for local commuters as they waited for their normally image-free trolley to arrive. Parulskis cleverly inserted elements with significance in Lithuanian culture. A wolf crossing the street harkens back to the medieval legend of the iron wolf said to have founded Vilnius. In an ironic case of life imitating art, four kittens were eventually born inside the trolleybus wrapped with an image of four cats crossing the road. 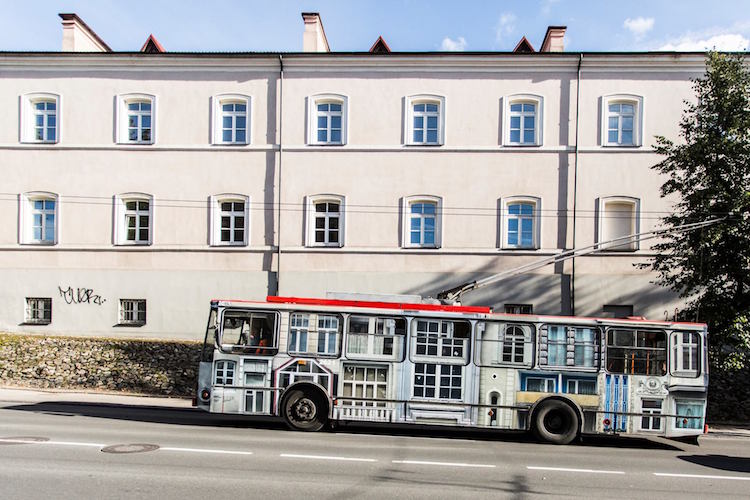 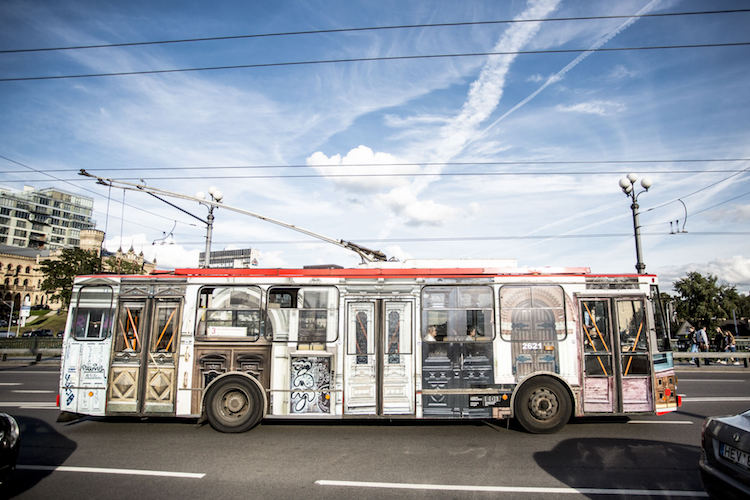 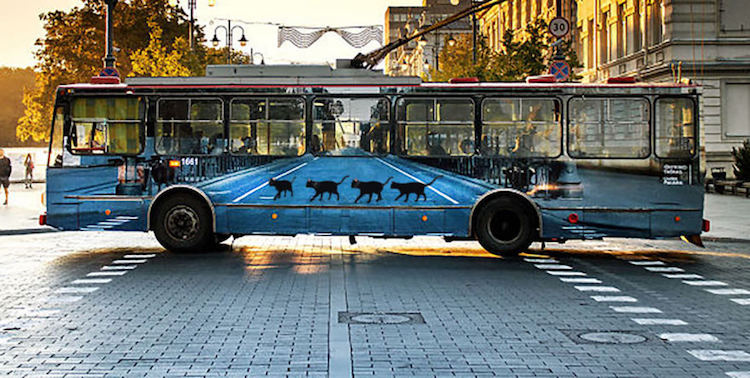 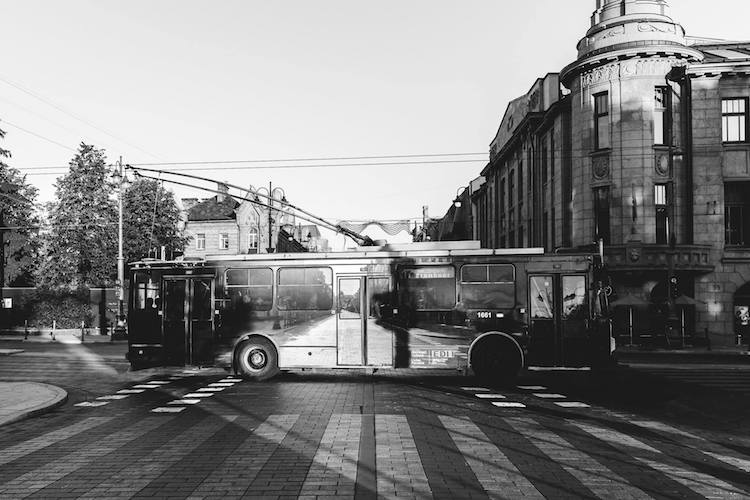 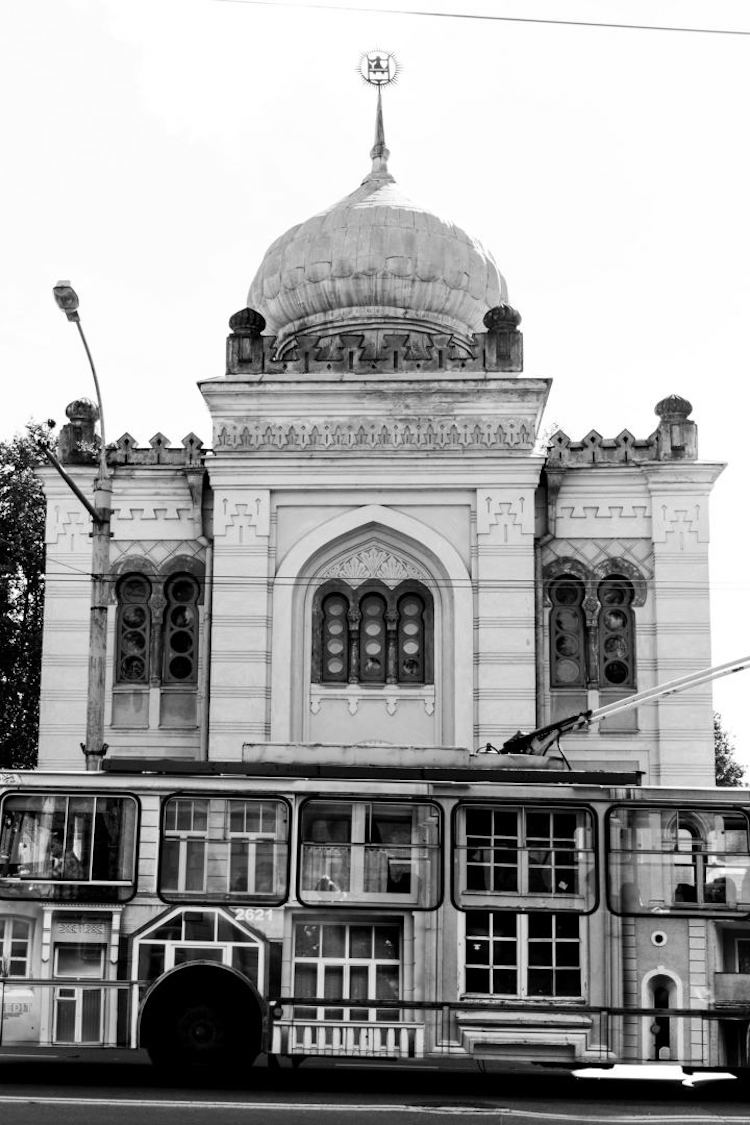 Work in progress. Trams were raised up to allow the image to be wrapped on all sides. 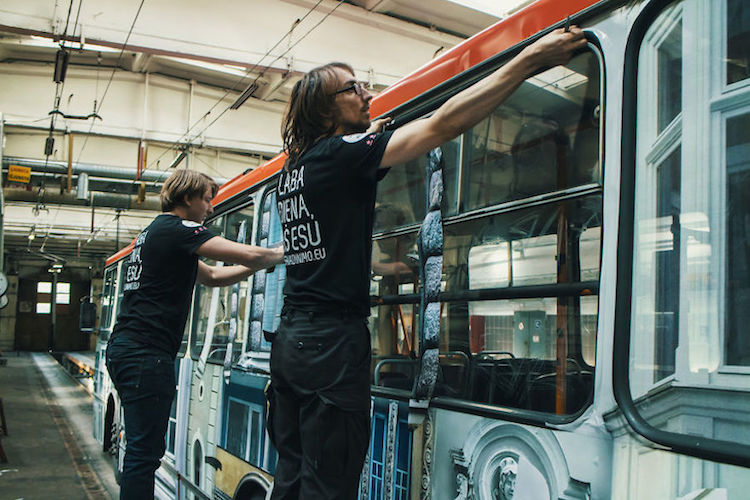 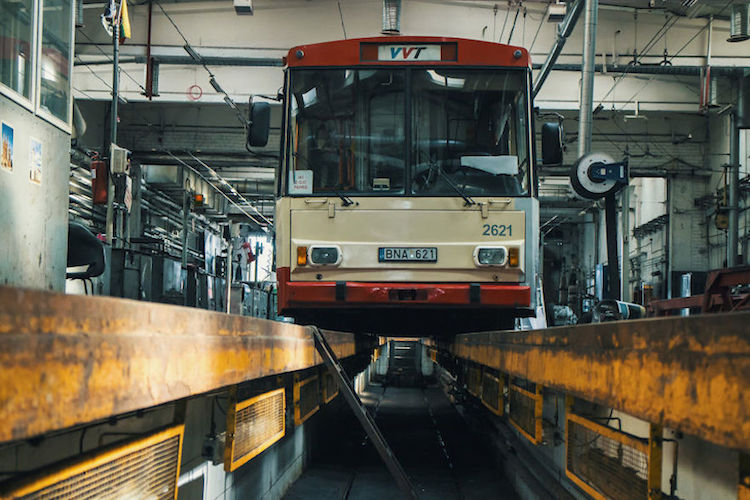 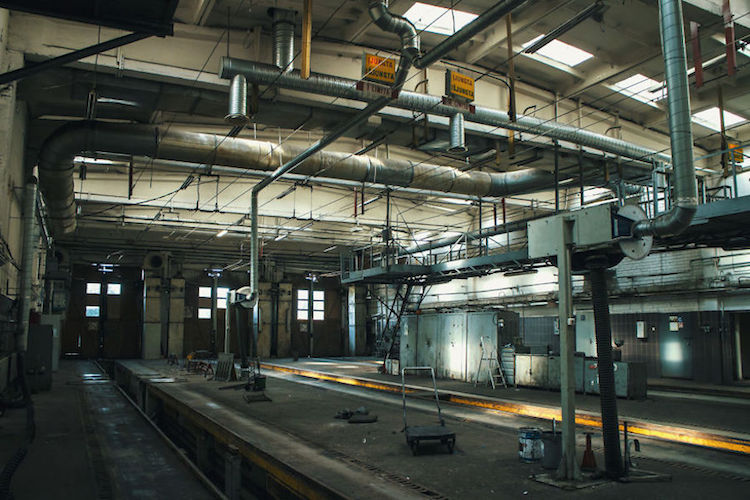 All images via Studio Vieta.