In Arles, Van Gogh's paintings became even more colorful and expressive. Surrounded by beautiful scenery and bathed in the sun, Arles seemed like an artist's paradise to Van Gogh. Thus, he dreamt up the idea of a shared studio where he and his contemporaries could paint, and rented several rooms in the “Yellow House” to serve this purpose. 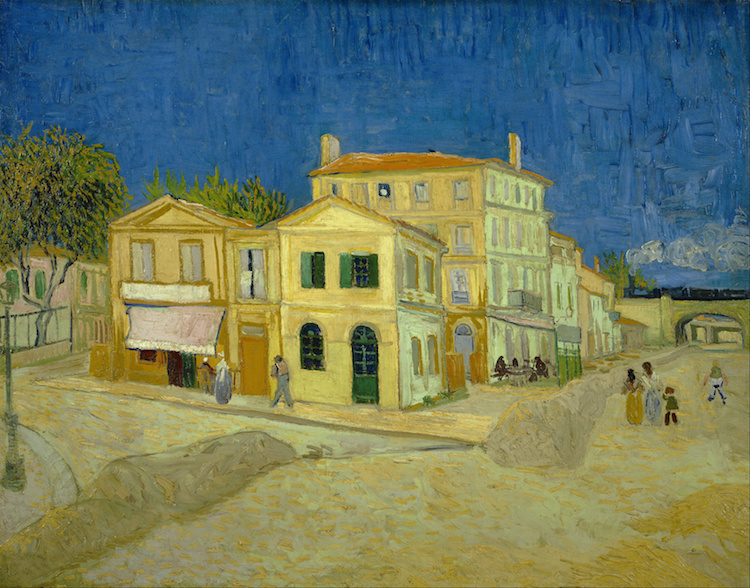 Fellow Post-Impressionist artist Paul Gauguin joined Van Gogh in the Yellow House, intending to collaborate. However, their working relationship was short-lived. After a string of disagreements, Gauguin decided to move out, prompting the increasingly mentally unstable Van Gogh to cut off part of his own ear with a knife. 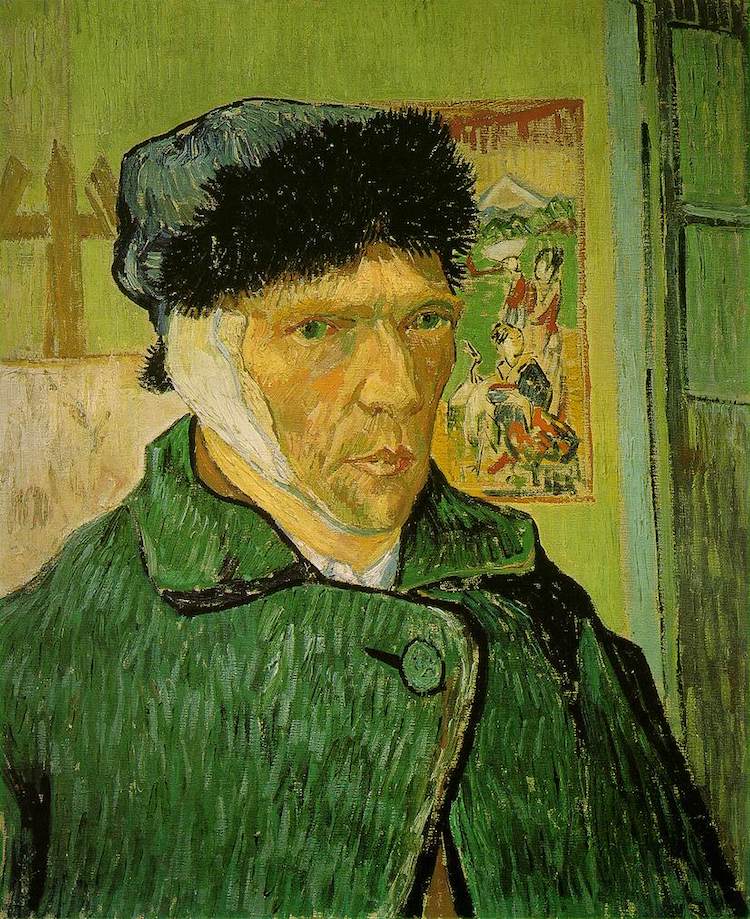 Van Gogh was admitted to a hospital in Arles the next morning. While he was discharged just a few days later, he recognized the state of his mental health and eventually checked himself into a mental health facility in the nearby Saint-Rémy-de-Provence commune.

While committed, he resumed his artistic practice, acquiring an extra room as an artist's studio and producing 150 paintings. Eventually, these pieces would be compiled into the Saint-Paul Asylum, Saint-Rémy series, which features important works like Self-Portrait with a Bandaged Ear and The Starry Night, a nocturnal landscape painted through his “iron-barred window.” 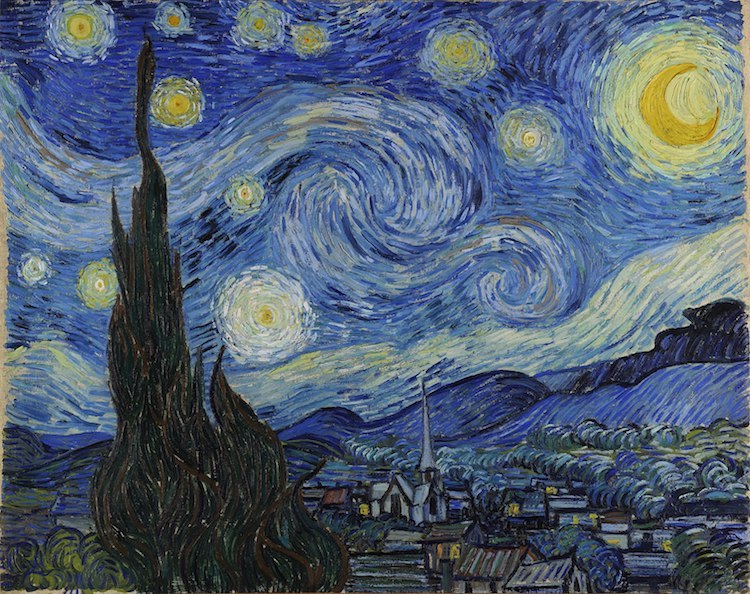 Ironically, it was during Van Gogh's hospitalization that his work began receiving some recognition: six of his paintings were exhibited in Belgium, and 10 in Paris. “Your paintings are well placed and look very well,” Theo told Vincent about his work in Paris. “Many people came up to ask me to give you their compliments. Gauguin said that your paintings are the key to the exhibition.”

Shortly after this success, Van Gogh left the hospital and moved to Auvers-sur-Oise, a suburb of Paris.

During the last two months of his life, Van Gogh stayed at the Auberge Ravoux, an inn in Auvers-sur-Oise, where he produced over 80 paintings and 60 sketches. Though he seemed to be making strides as a painter, he remained plagued with financial woes, which undoubtedly contributed to his unsteady mental state.

On July 27, 1890, Van Gogh shot himself in a wheat field—the setting of his haunting final painting. He died two days later.

A few decades after his death, Van Gogh's 850 paintings and 1,300 drawings reached international acclaim. Today, he remains one of the most important figures in the entire history of art, celebrated for both his artistic practice and his admirable approach to life.

“If only we try to live sincerely,” he told Theo in 1878, “it will go well with us, even though we are certain to experience real sorrow, and great disappointments, and also will probably commit great faults and do wrong things, but it certainly is true, that it is better to be high-spirited, even though one makes more mistakes, than to be narrow-minded and all too prudent. It is good to love many things, for therein lies the true strength, and whosoever loves much performs much, and can accomplish much, and what is done in love, is well done.” 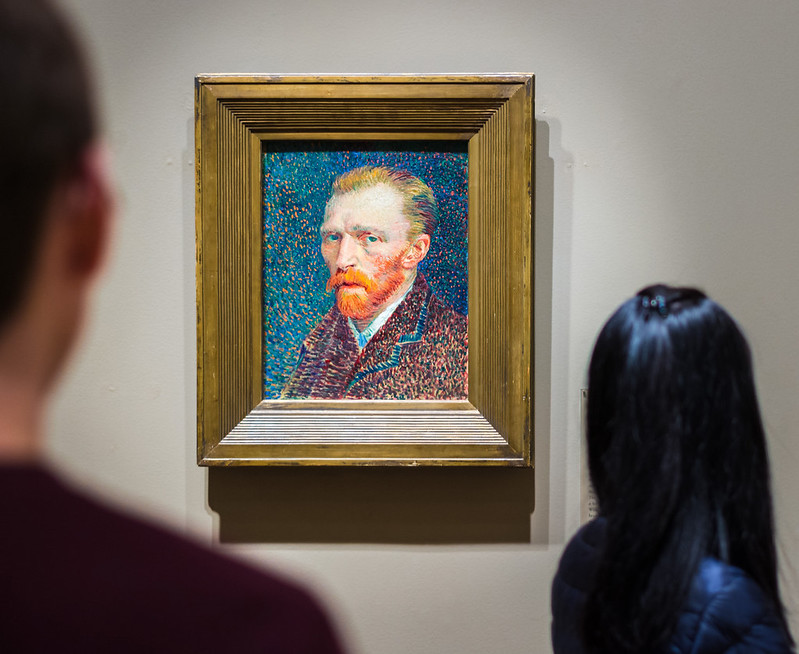 Page 2/2
Like Van Gogh? Share
Like My Modern Met on Facebook
Get Our Weekly Newsletter
Become a
My Modern Met Member
As a member, you'll join us in our effort to support the arts.
Become a Member
Explore member benefits
Like Van Gogh?