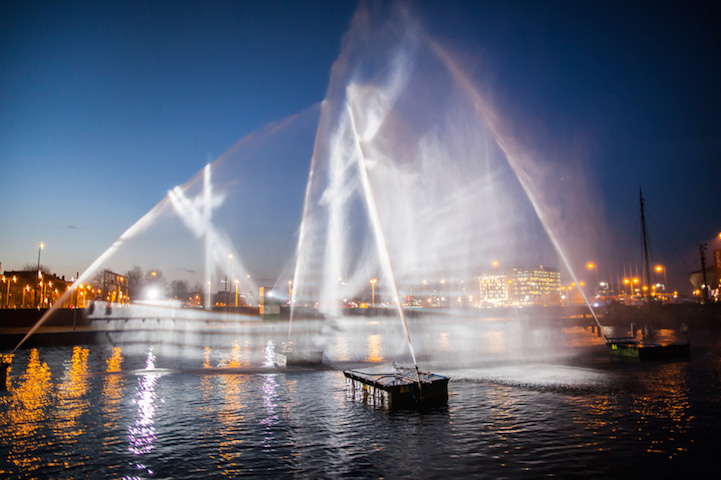 Appearing at the Amsterdam Light Festival this year is a mysterious illusion by the Romanian architecture collective visualSKIN. Titled Ghost Ship, it's a 3D projection of a 17th century boat set against a backdrop of water. Two intersecting images project onto vertical and perpendicular planes of liquid that together, render an eerie artwork that's viewable from many vantage points.

To craft their incredible piece, visualSKIN used four water pumps mounted onto a pontoon, floated out, and positioned in the dock. The pumps create screens of water that rise about 30 feet in the air and cross at 90 degrees. It's illuminated thanks to two old-fashioned stage lights at the side of the dock. Ghost Ship isn't immune to the natural elements, and this only adds to the allure of the piece. Windy conditions cause it to blow and wave, making it look like a true apparition.

If you find yourself in Amsterdam, there's still time view visualSKIN's handiwork. Ghost Ship is up until January 18, 2015. 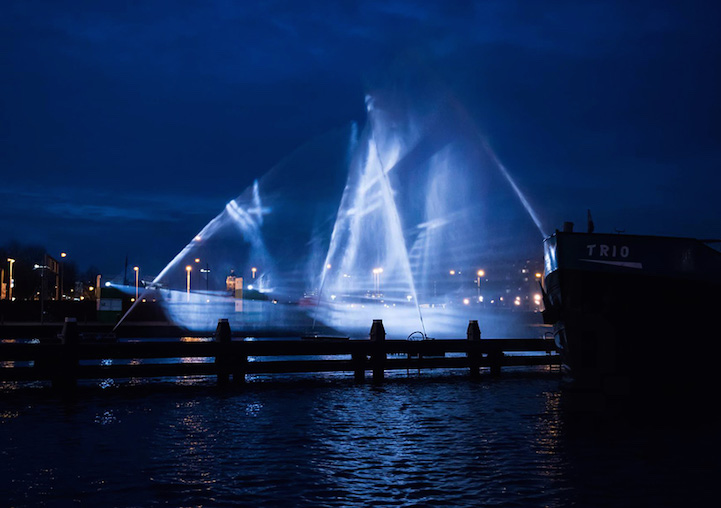 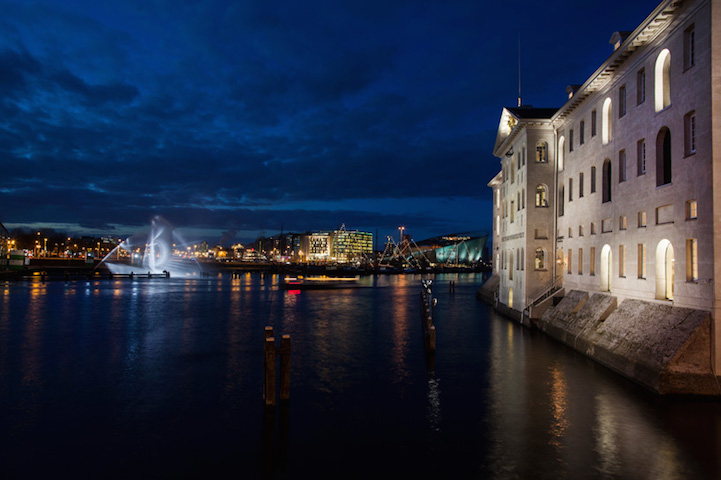 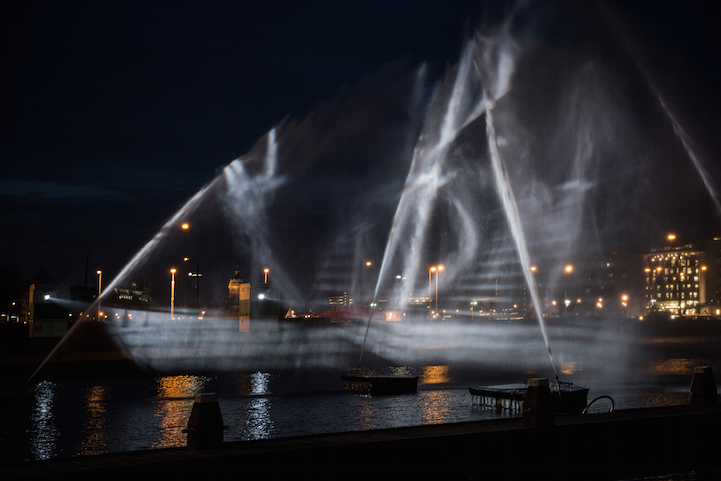 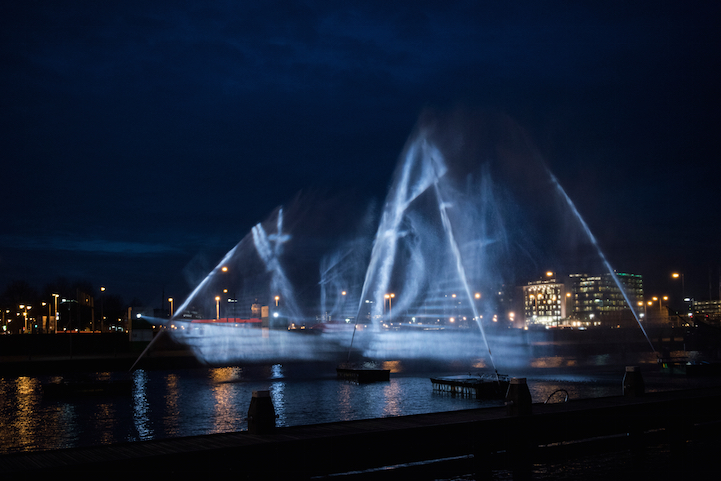 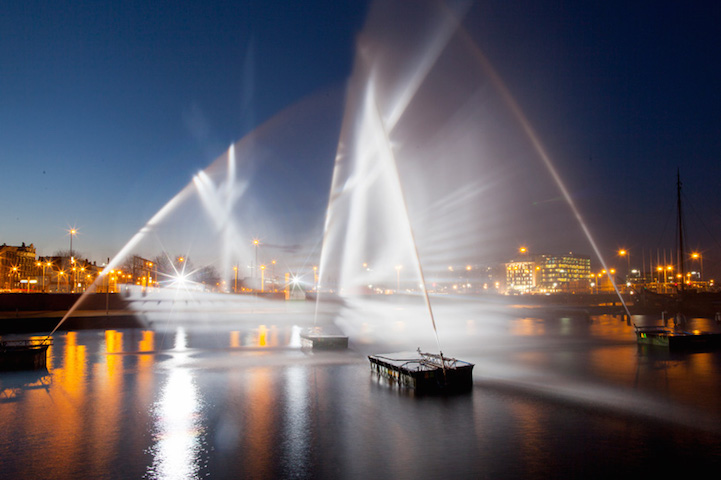