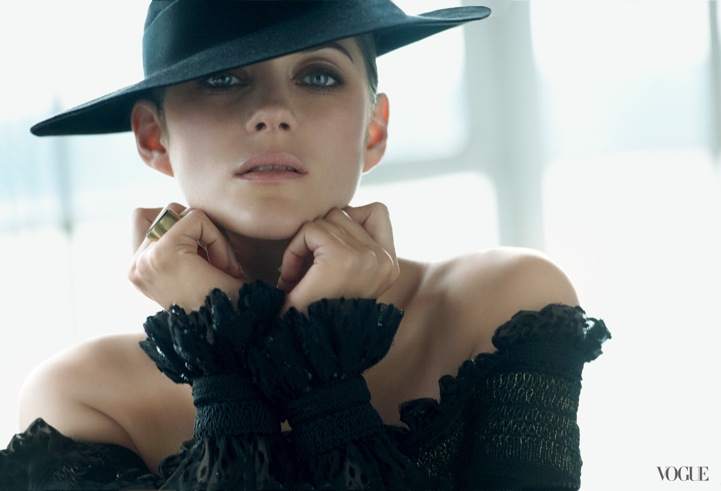 Academy Award-winning French actress Marion Cotillard graces the cover of next month's issue of Vogue (August 2012), also referred to as its “Age Issue.” Shot by German photographer Peter Lindbergh, the stunning spread depicts the refined international actress in a collection of clothing that reflects the elegance of French women and the captivating quality of a classic Hollywood star.

Whether Cotillard is donning a feminine and frilly Salvatore Ferragamo off-the-shoulder silk-chiffon blouse or a more masculine Ralph Lauren Collection velvet suit, Lindbergh captures the 36-year-old's ability to shine through the lens. Cotillard's ageless beauty illuminates each frame of her photo spread, making it hard to believe that, she says, she's “never been more exhausted.” Although, she admits, “But I've never had more energy. This paradox of being happy. That's where it comes from.” Perhaps it's her new motherhood glow or the building excitement of her sure to be blockbuster The Dark Knight Rises that can be attributed to that surge of energizing happiness.

You can purchase the Vogue issue in the US when it hits newsstands on July 24th. 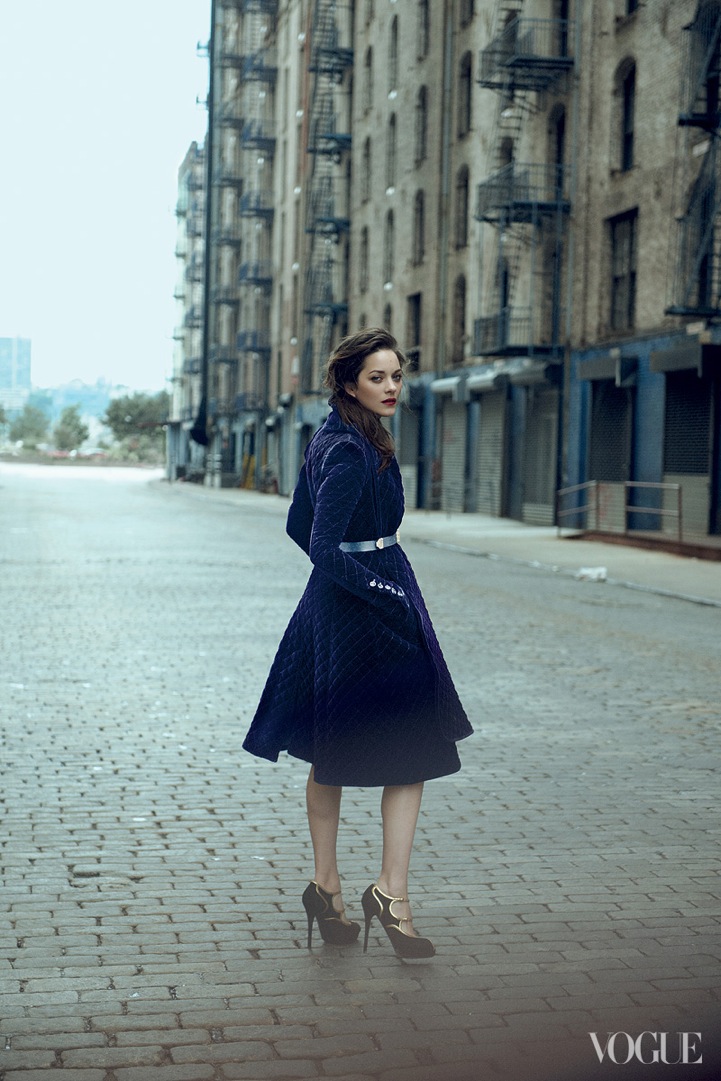 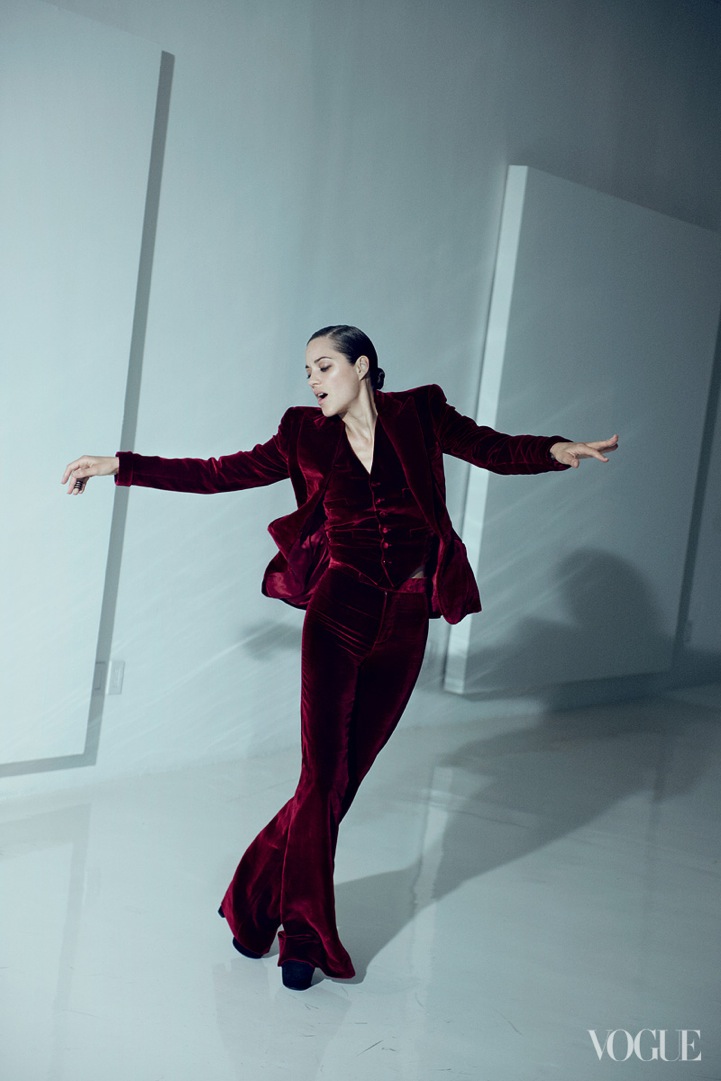 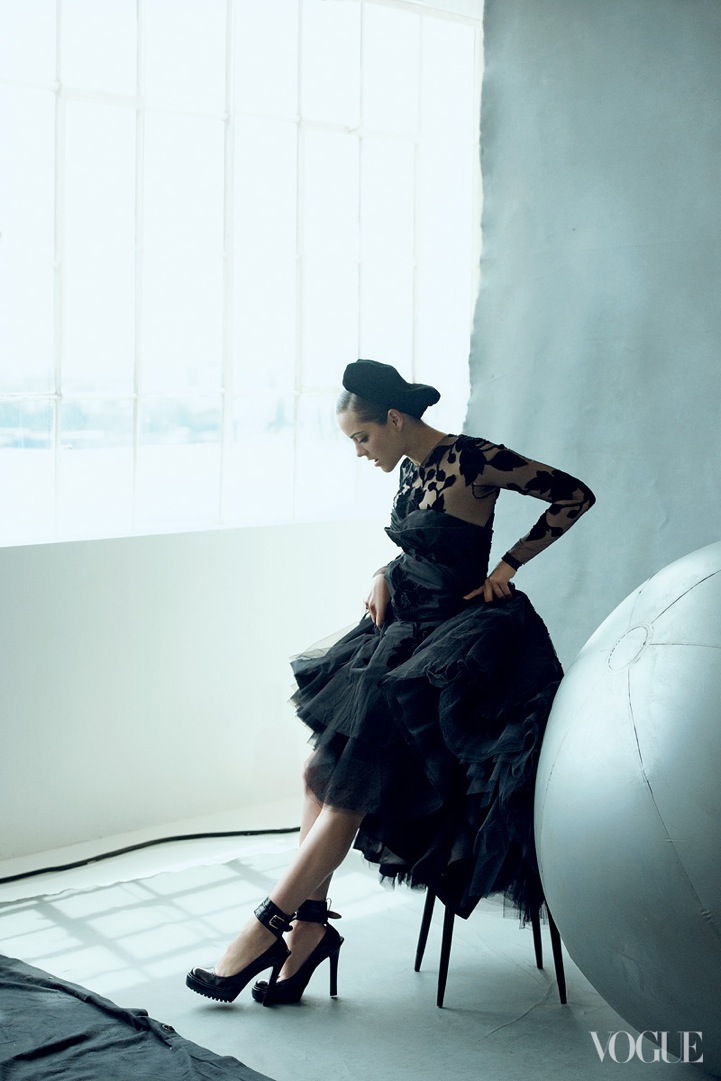 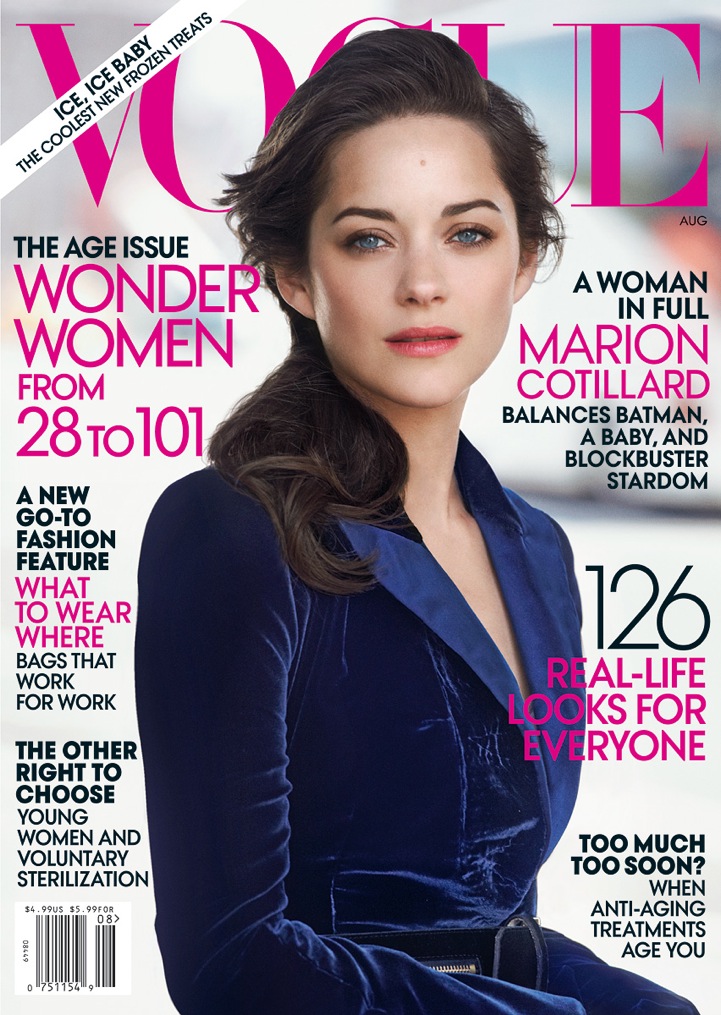